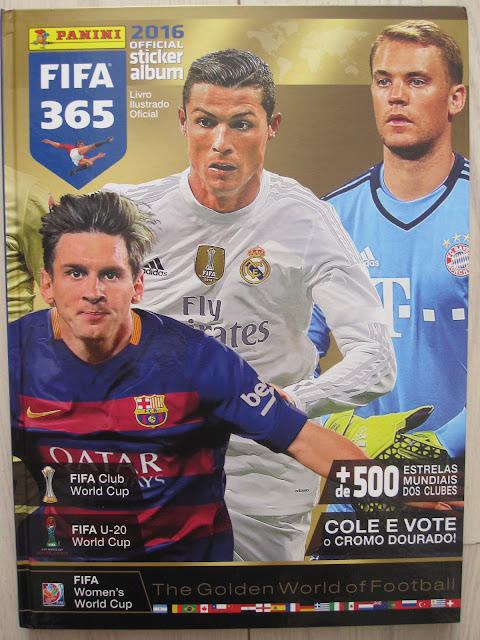 Following the loss of the Champions League rights, Panini decided to launch a superb collection with the name FIFA 365 that includes 26 of the most famous football clubs around the world.
These are the 26 clubs included:

The collection has been released around the world with the same 26 standard clubs, but some countries have extra teams. The list of all extra teams that can be found in the respective countries is the following:

Stickers of this collection are big size and many stickers are double numbered as they are composed by two half stickers (including the ones of player portraits). Therefore the album is numbered from 1 to 856, but it actually includes 472 big size stickers.
The albums begins with some sections about the FIFA competitions, including the Club World Cup 2014, the Under 20 World Cup New Zealand 2015, and the Women's World Cup Canada 2015 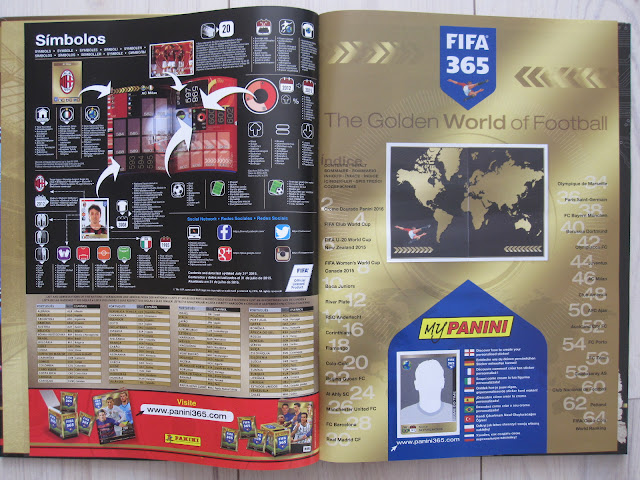 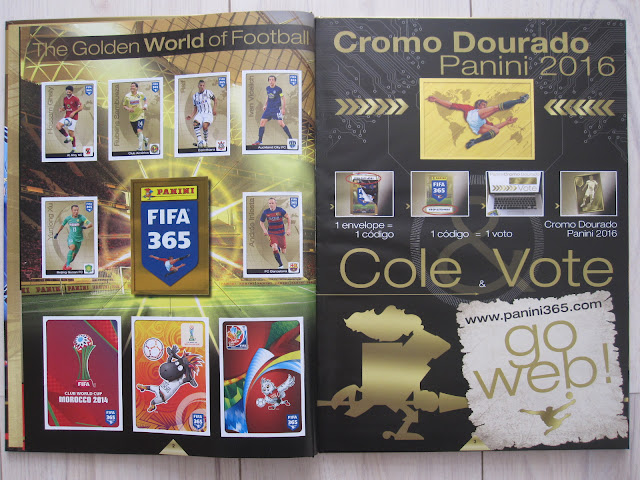 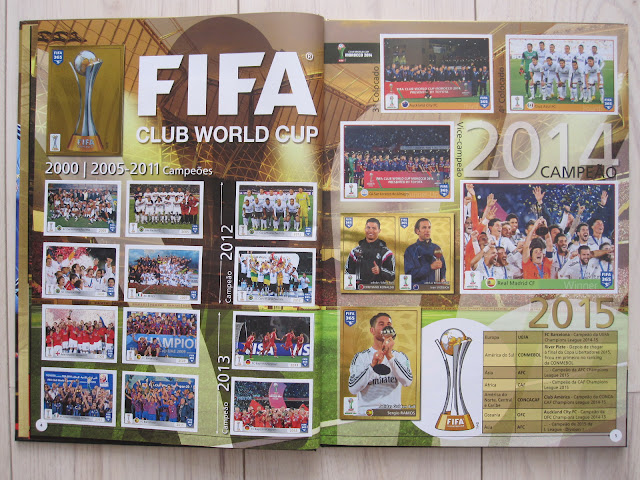 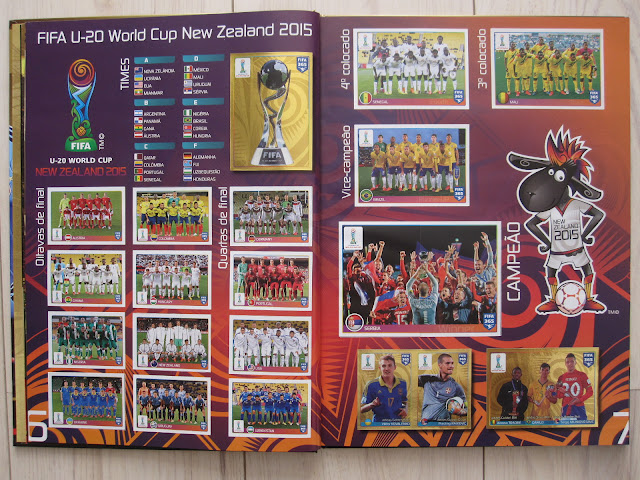 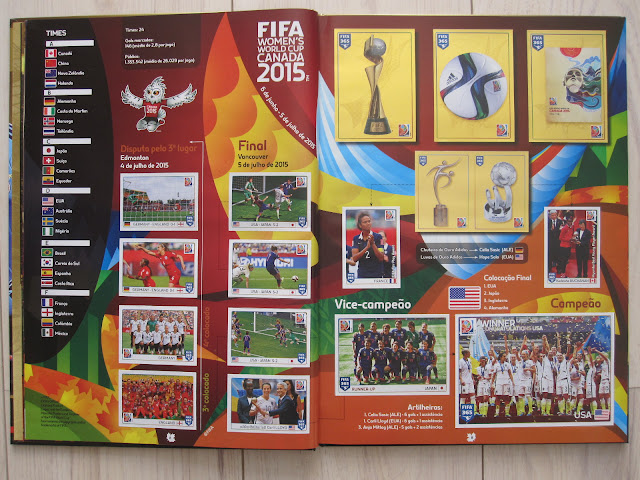 Then the football clubs are presented in alphabetical order of the countries, starting with Argentina until Uruguay. The first club is then Boca Jrs from Buenos Aires. Each club is displaced over two pages with 16 stickers: the club badge (gold sticker), the team photo (two stickers), six mini stickers of players in action (total of two stickers), the star player (gold sticker), and 20 player portraits (total of 10 stickers) 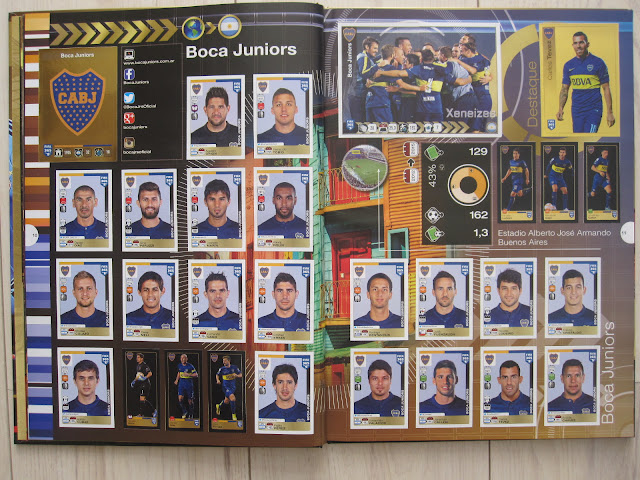 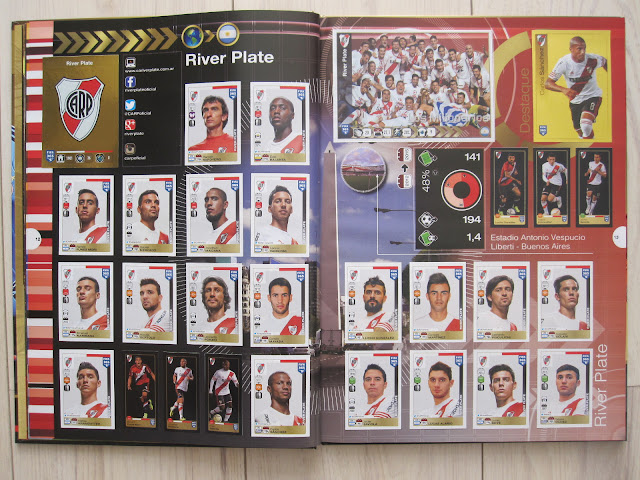 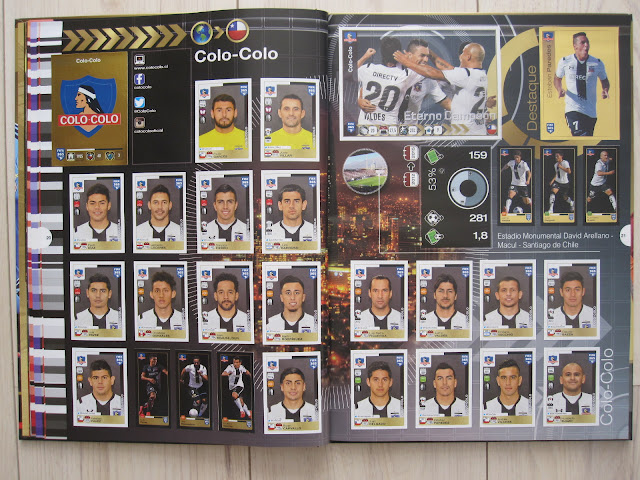 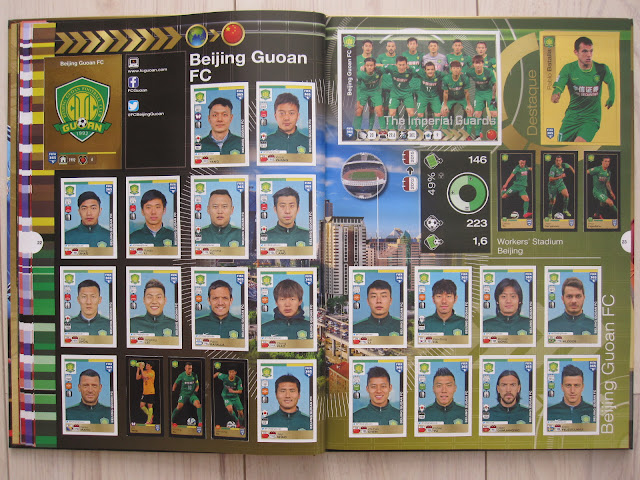 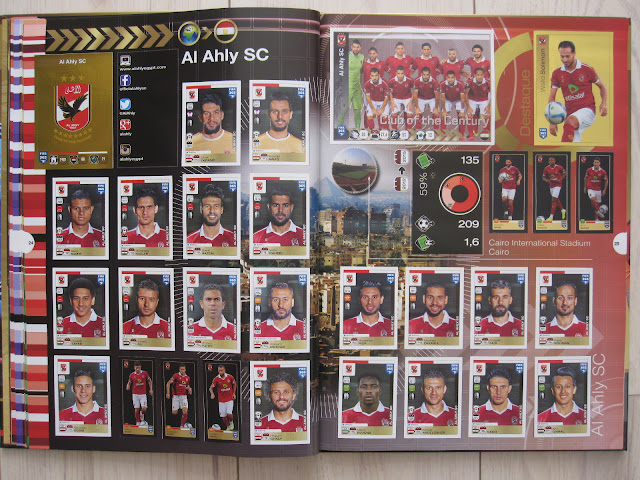 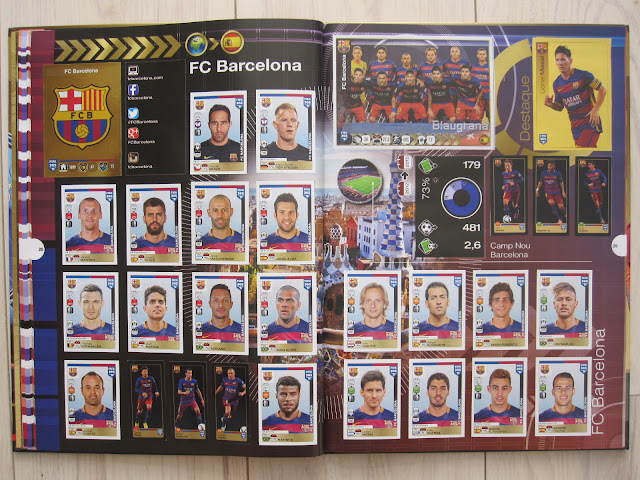 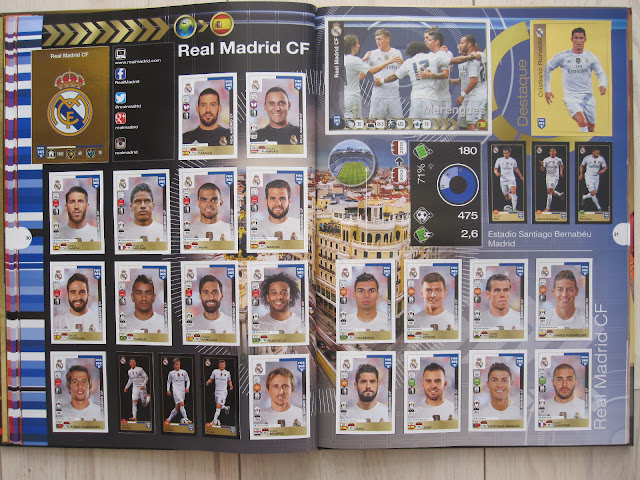 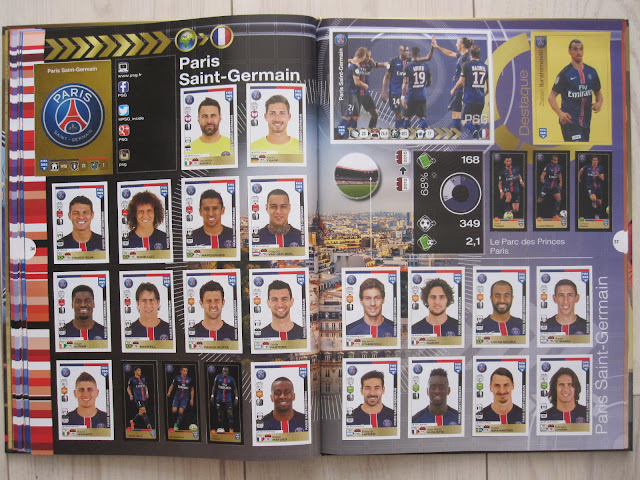 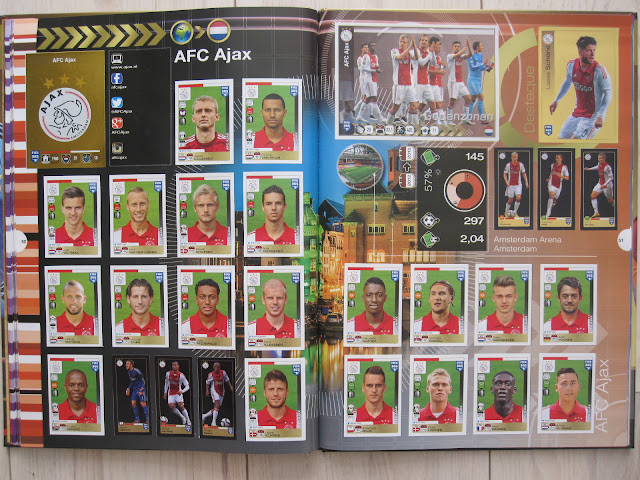 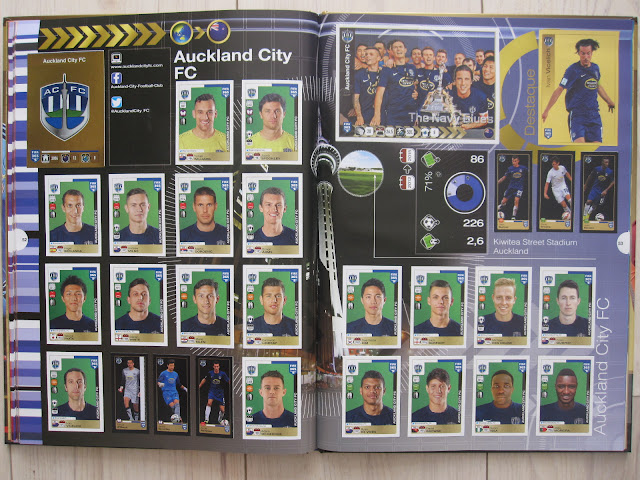 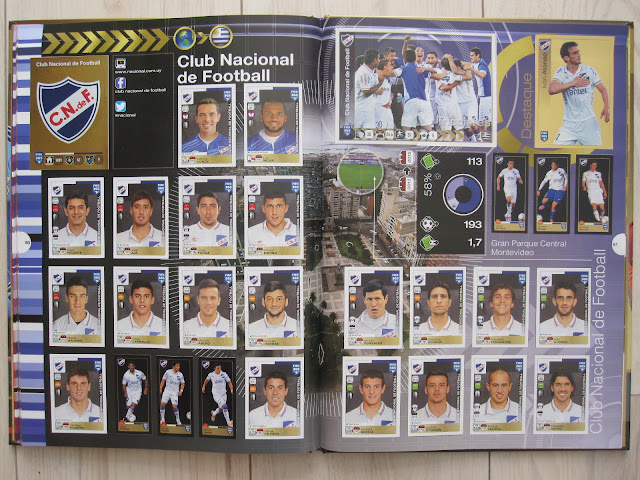 The album closes with the FIFA World Ranking and six stickers of the top 10: Argentina, Belgium, Germany, Colombia, Brazil, and England. 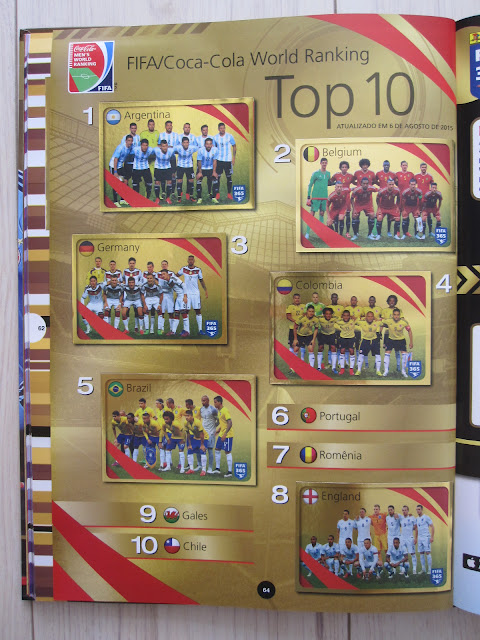 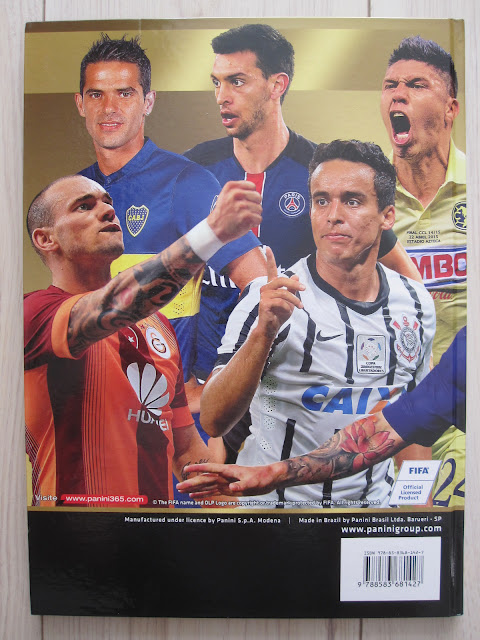 the back cover of the album 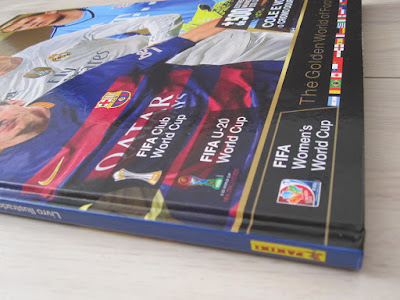 A special hardcover edition of the album was released in Brazil

In this post you can find links to all the reviewed albums in this blog.