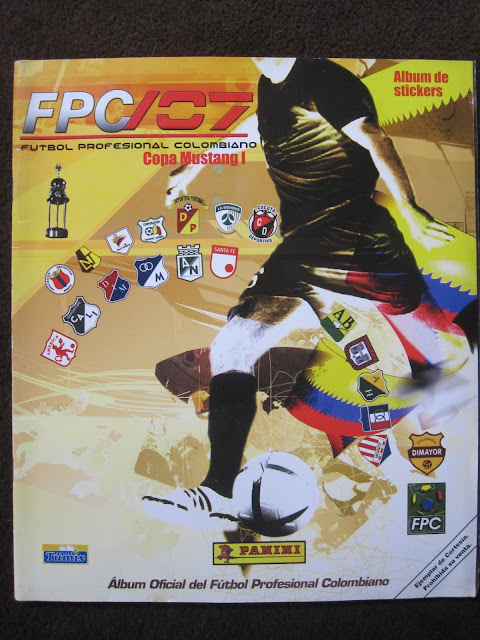 Futbol Profesional Colombiano 2007 (Copa Mustang I) is the fourth chronological Panini album of the Colombian league, after two releases in the 80's (Futbol 88 and Futbol 89) and the more recent FPC 2005. In 2007, the Colombian championship was divided in two tournaments: Apertura (Copa Mustang I) and Finalizacion (Copa Mustang II). For this sole year Panini released an album for both the Copa Mustang I and II.
The album dedicated to the tournament Apertura 2007 includes all the clubs of Primera A and Primera B. For Primera A, there are 18 stickers displaced over two pages (the shining badge, the team photo, and 16 players) whereas the clubs of Primera B have only three stickers (the badge and two stickers with the team photo). 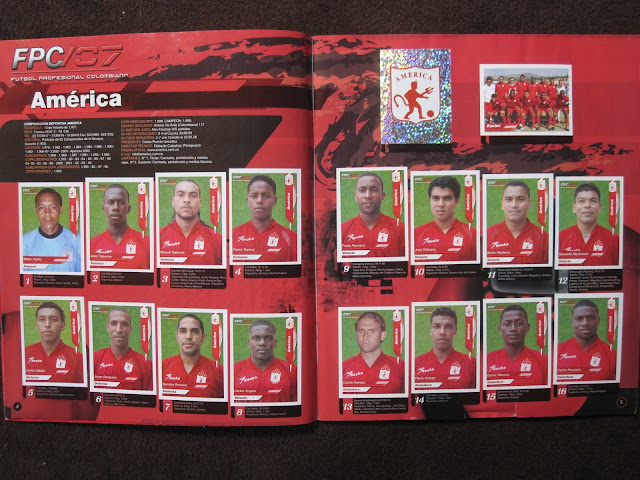 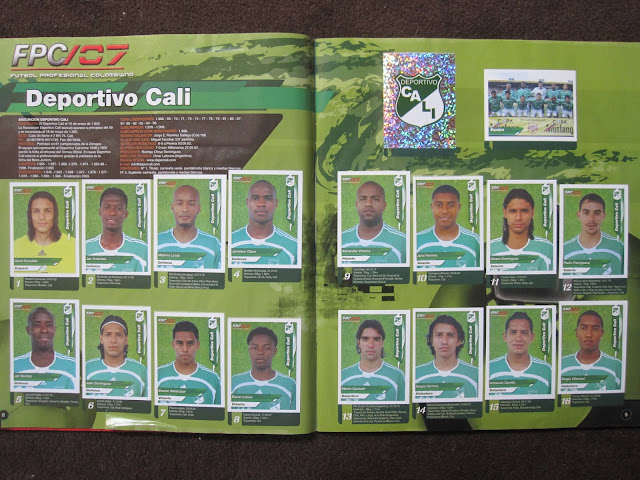 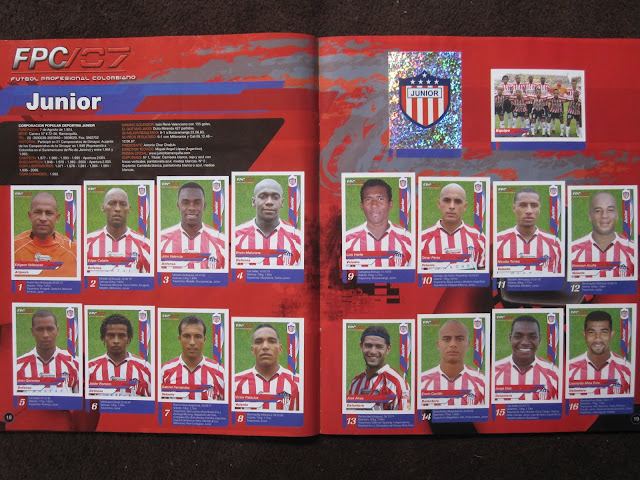 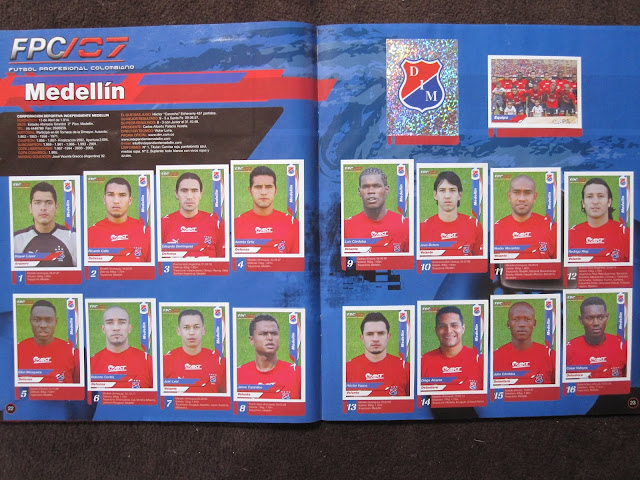 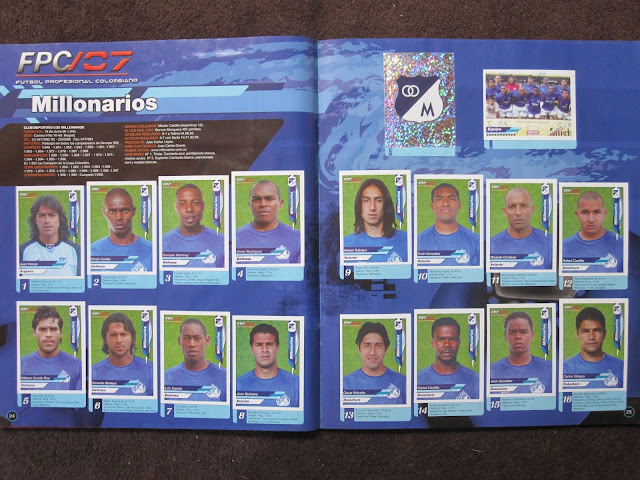 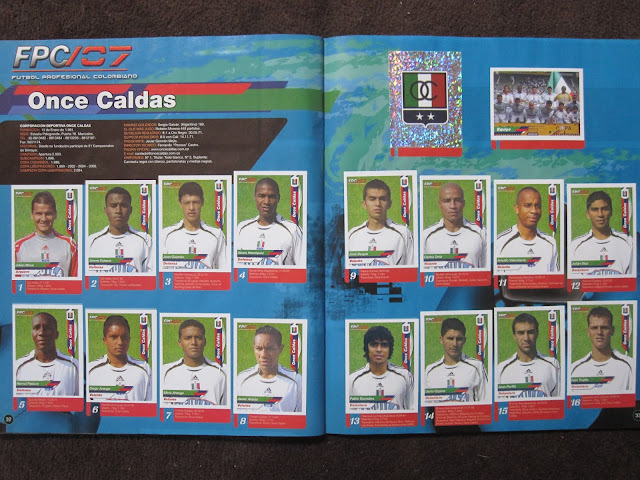 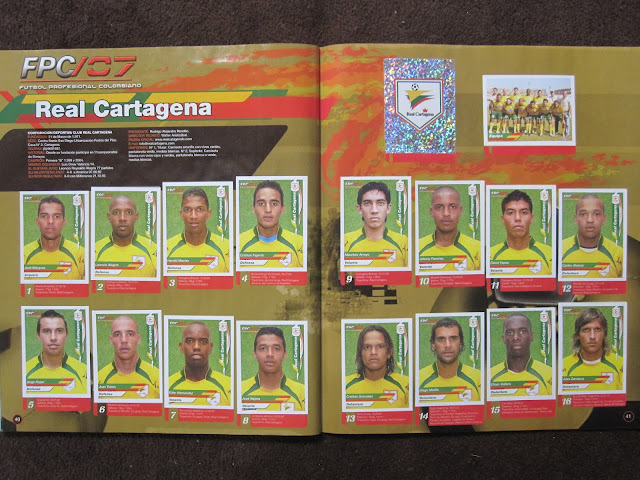 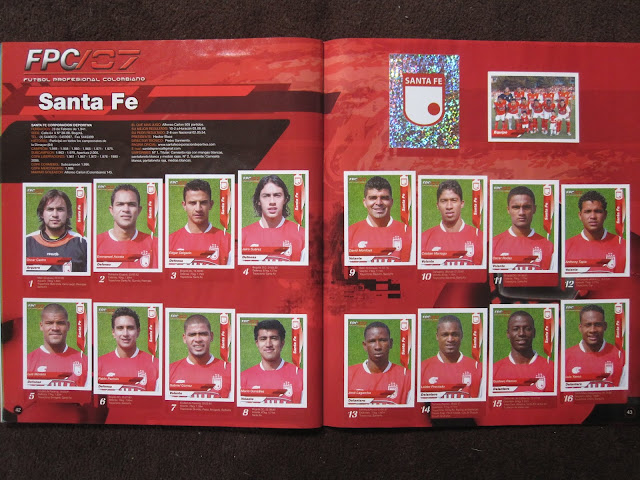 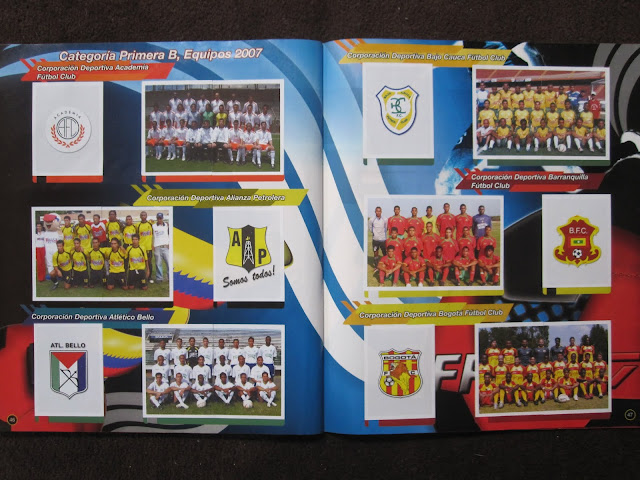 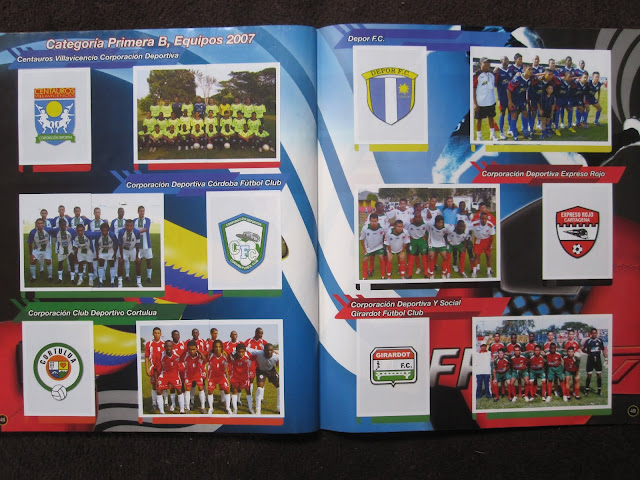 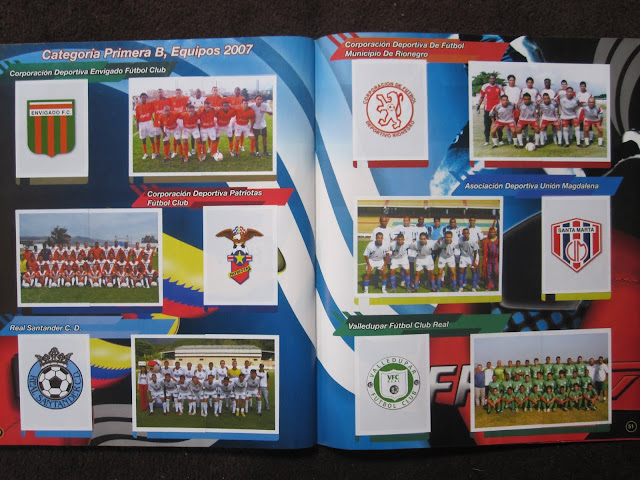 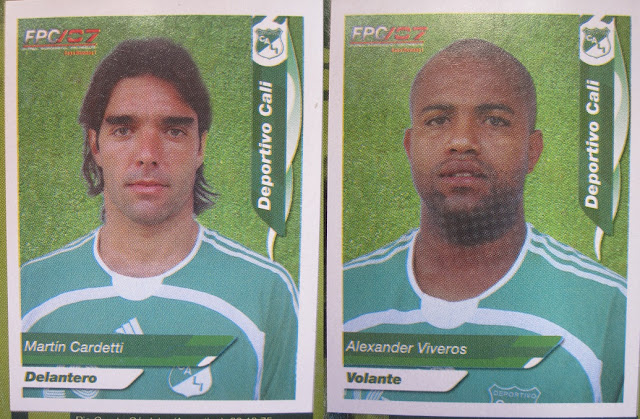 Two players of Atletico Nacional with previous experience in Europe. Cardetti played for Salamanca, Valladolid and PSG, whereas Viveros for Boavista, Nantes and Grassopphers. 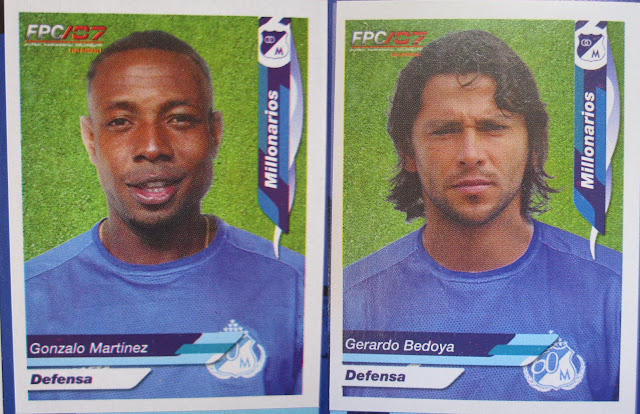 In Millionarios the experienced Gonzalo Martinez played in Italy for Udinese, Napoli and Reggina, whereas Bedoya in Argentina for Boca Jrs 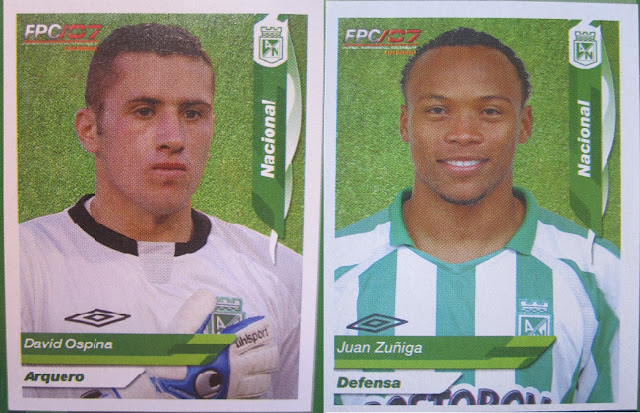 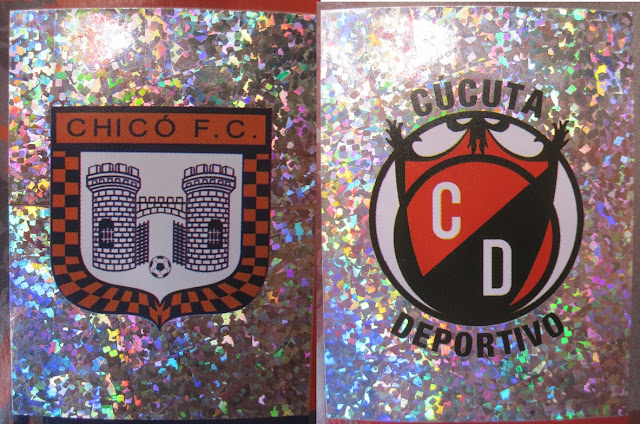 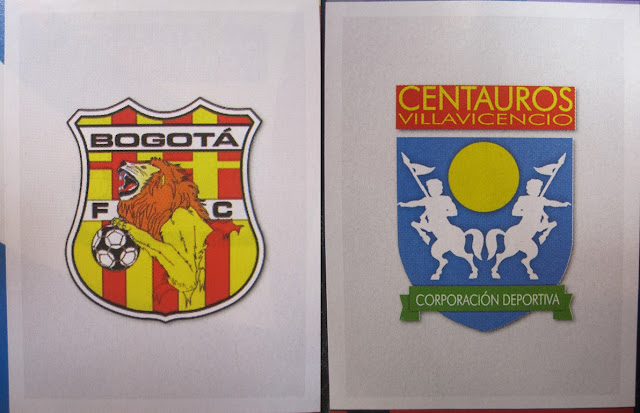 Badges of Primera B clubs are regular not shiny stickers