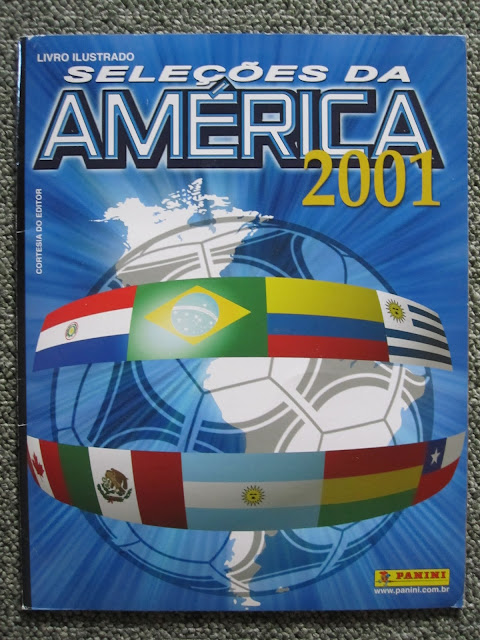 This album can be considered the first Copa America album published by Panini. It is not officially the album of the Copa America 2001, as the collection is released under the name "Selections from America 2001", but it was released before the tournament 2001 and it includes the competing teams and even the schedule of the competition at the last page of the album. It was released in Brazil (Portuguese version) and in other South American countries (Spanish version). It includes also Argentina and Canada that finally did not take part in the competition. The tournament was held in Colombia in July 2001 and the home team won the title defeating Mexico 1-0 in the final with a goal of Ivan Ramiro Cordoba (defender of Inter).
The album is small (only 153 stickers), some player stickers are blurry and the general quality is lower than the following Panini Copa America albums (except for the team badges that are remarkably well done), however this is a rare and precious album for collectors. Panini continued the Copa America series with the edition 2007, releasing also the hardcover version of the album since the edition 2015.

The album begins with the table of contents and the foreword from the editor (there are no introductory stickers in this pages). Then nine teams are shown with 17 stickers on two page: shiny badge, team photo (two stickers) and 14 players. For the remaining three teams (Ecuador, Peru and Venezuela) there are no stickers but just a general presentation of the players. The album ends with the list of Copa America winners and the program of the tournamente 2001. There are no sections with stickers except the team pages. 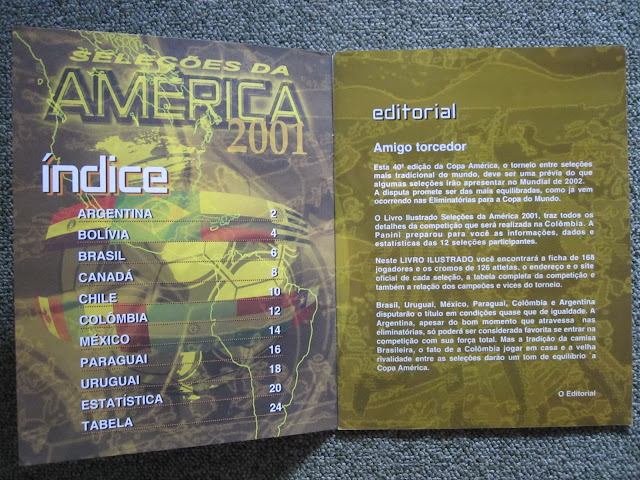 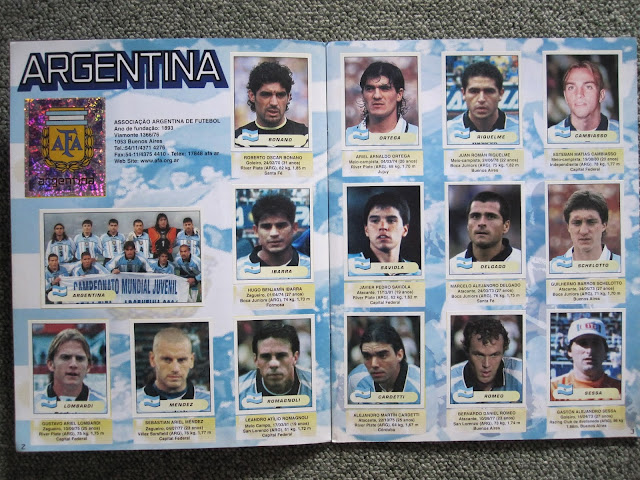 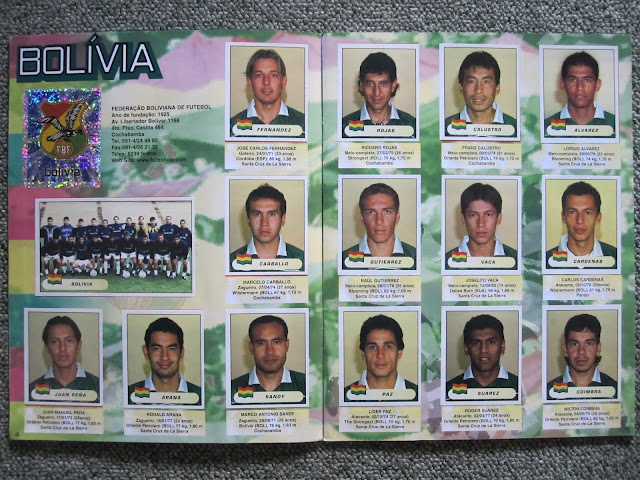 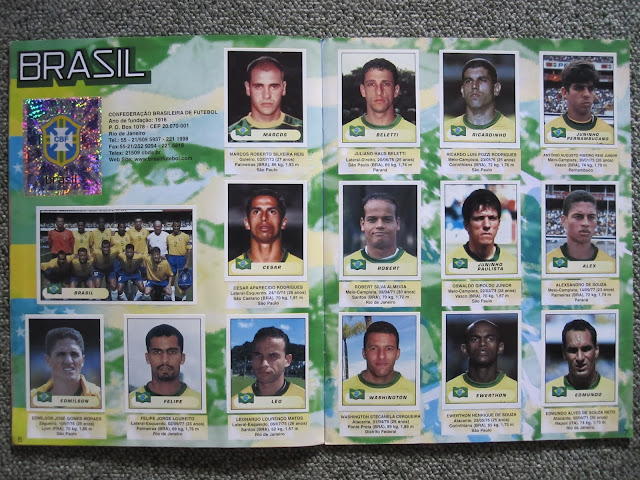 Brazil was missing some of the best players: Ronaldo, Rivaldo and Roberto Carlos 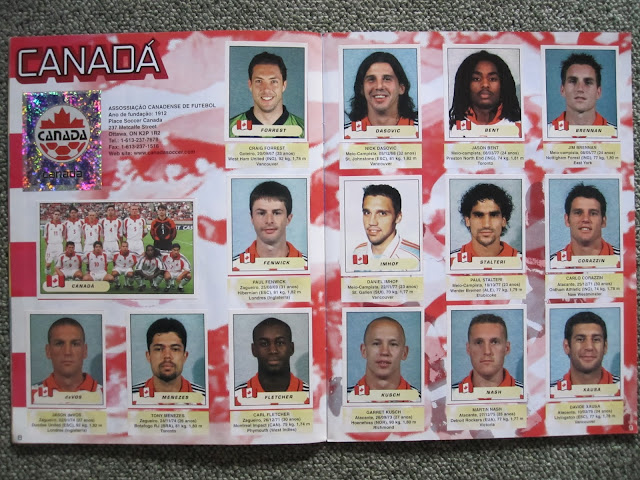 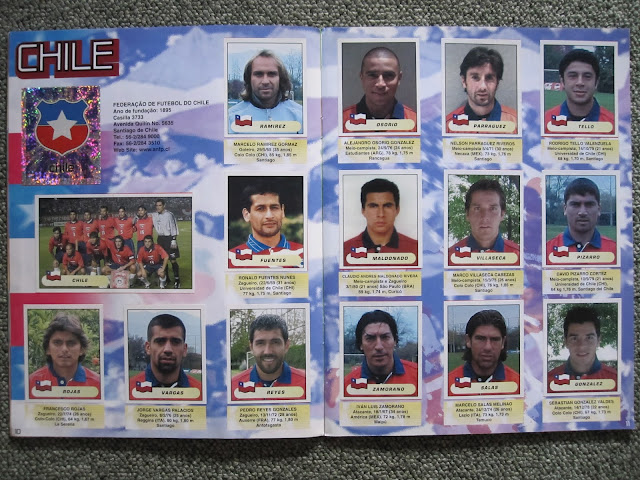 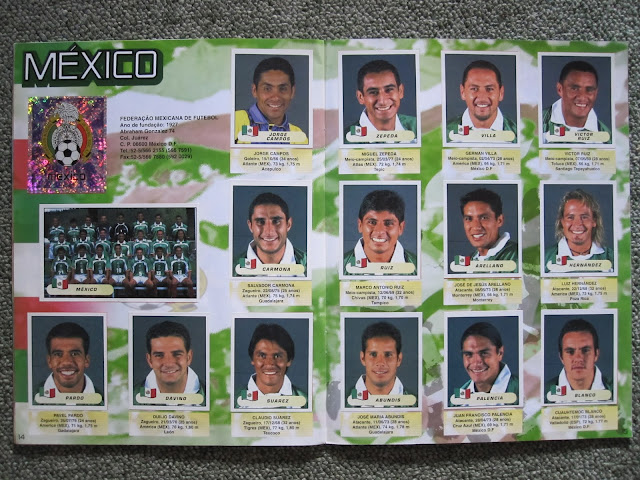 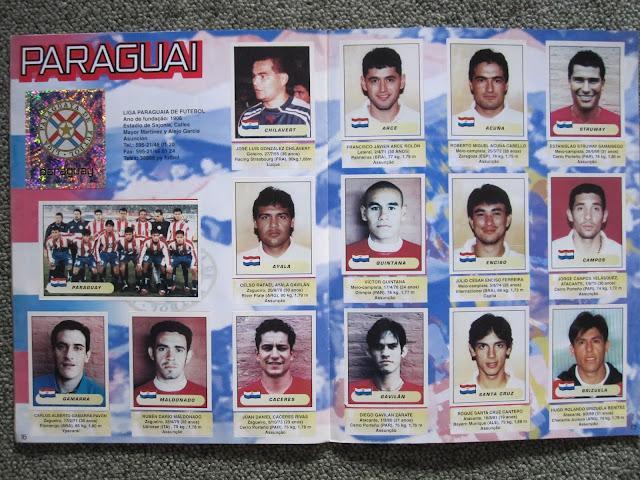 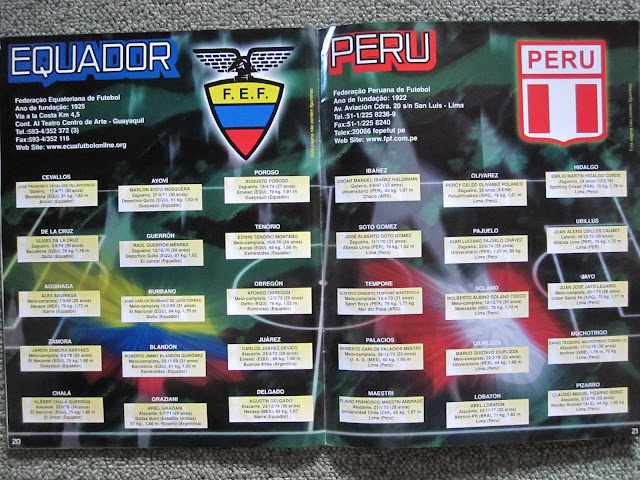 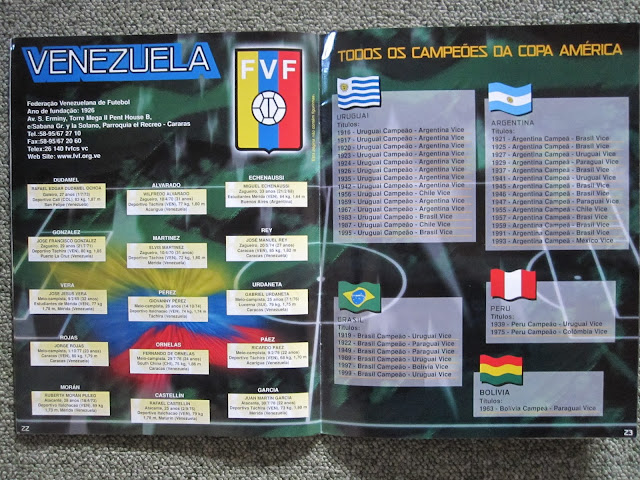 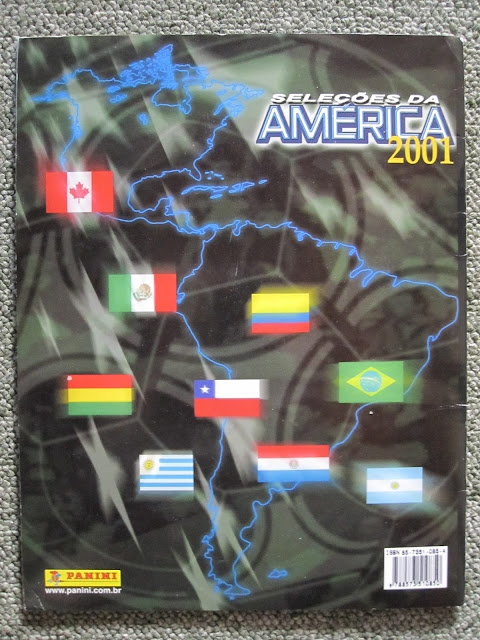 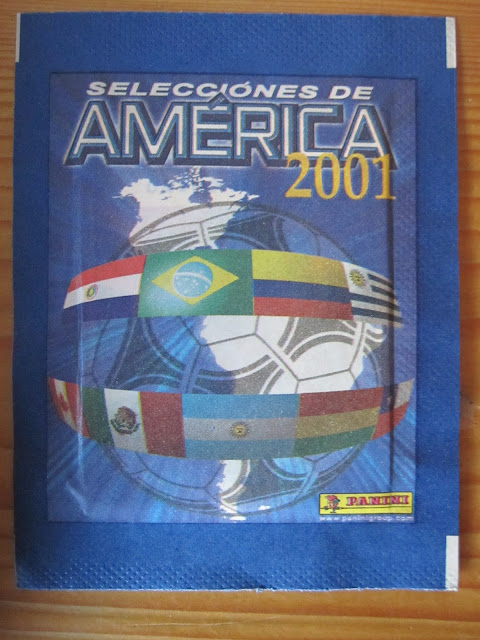 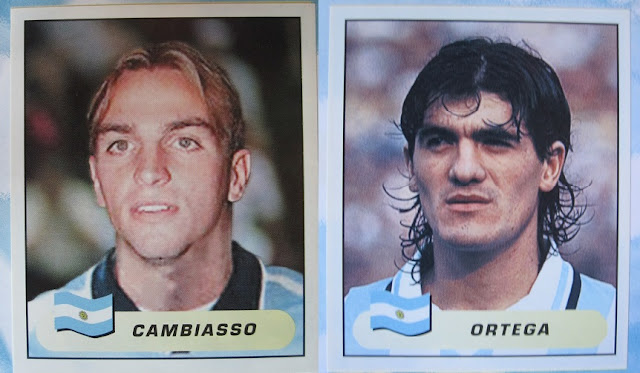 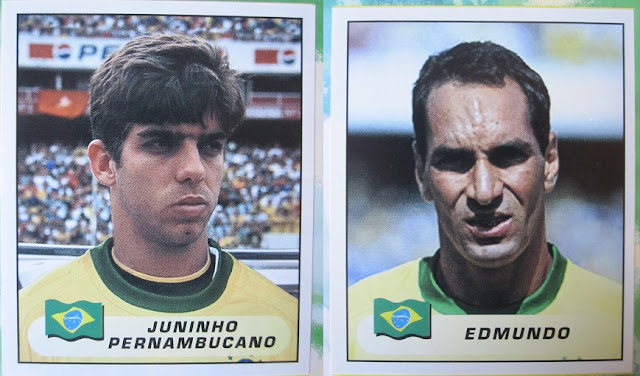 The Brazilian stars of the Copa America 2001: Juninho and Edmundo 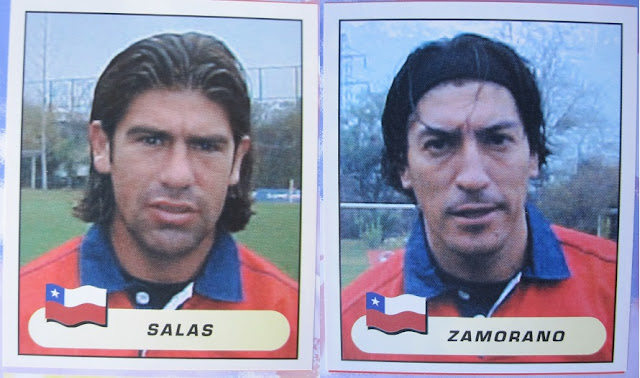 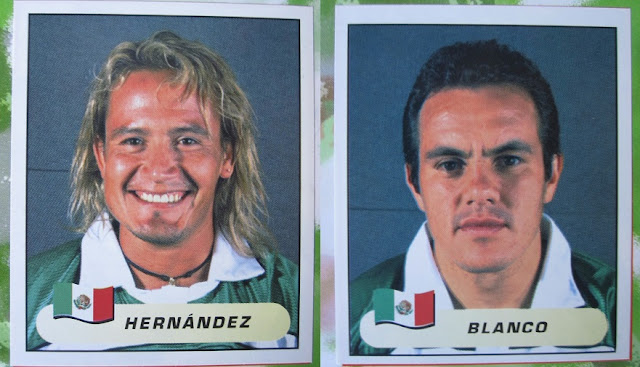 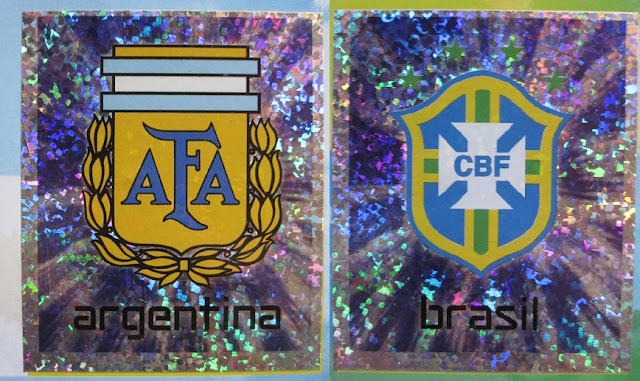 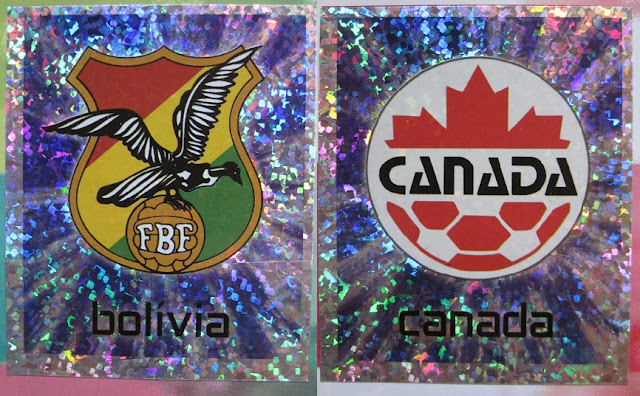 Badges of Bolivia and Canada