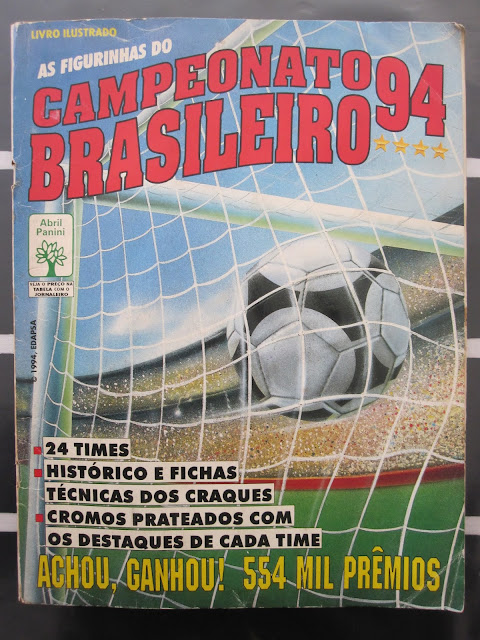 In July 1994 Brazil won the football World Cup '94 in the United States. In this enthusiastic atmosphere, the Brazilian Serie A started just few weeks later. The league was highly competitive, counting on rising starts like Rivaldo, Cafu, Edmundo, Amoroso, and Roberto Carlos. After a long tournament, Palmeiras won the title defeating Corinthians with a double final. Both games were played at the Pacaembu stadium of Sao Paulo. In the first leg Palmeiras won 3-1 with two goals of Rivaldo and one of Edmundo, whereas the return match ended with a 1-1 (Marques, Rivaldo).
The synergy Abril-Panini produced the fourth album of the league. The collection introduces with 24 team stickers the competing teams divided in four groups. Then the star players and the mascot stickers of each club are shown with a total of 64 stickers over 8 pages. For each player included there is a brief description and a portrait sticker. 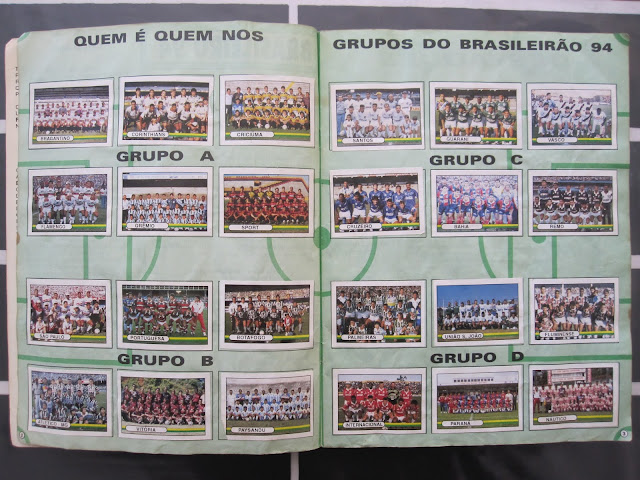 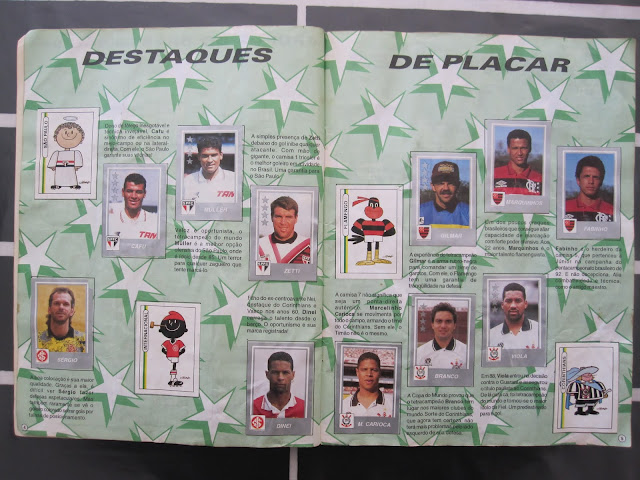 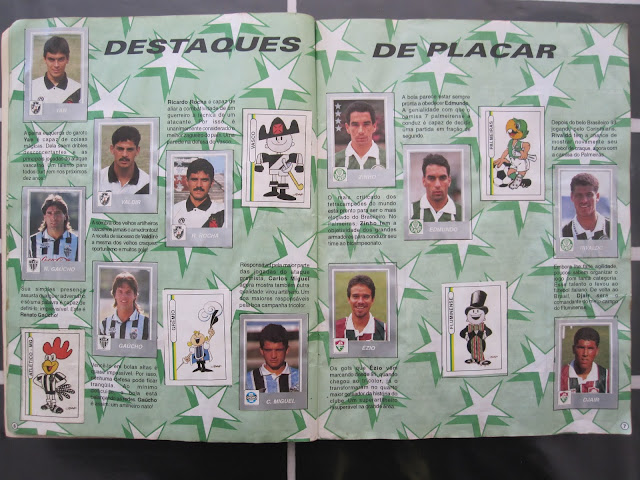 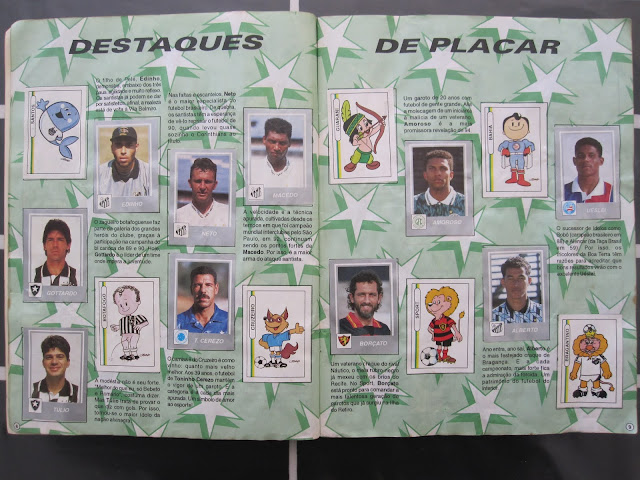 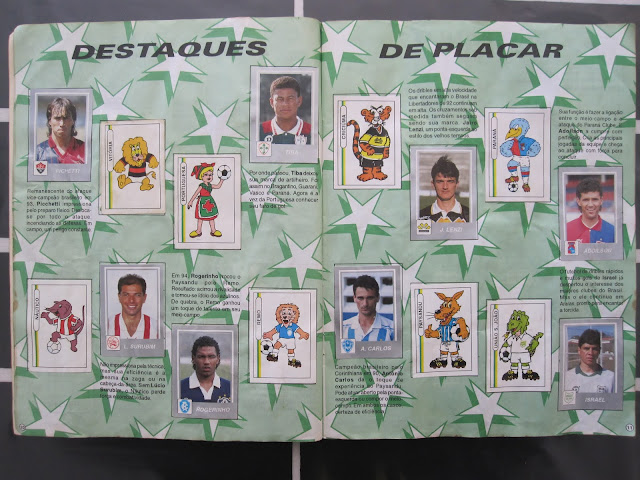 The album continues with the presentation of the 24 competing teams. For each club there are 18 stickers over two pages: the badge and 17 players in action. for each player there is a career description printed on the album. The album ends with the last club included (Uniao Sao Joao). 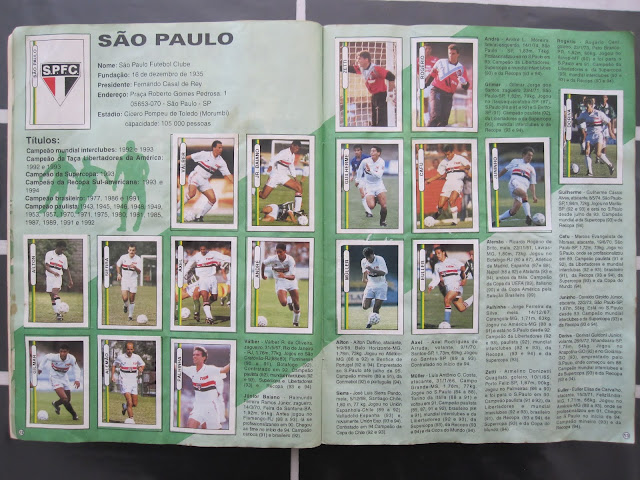 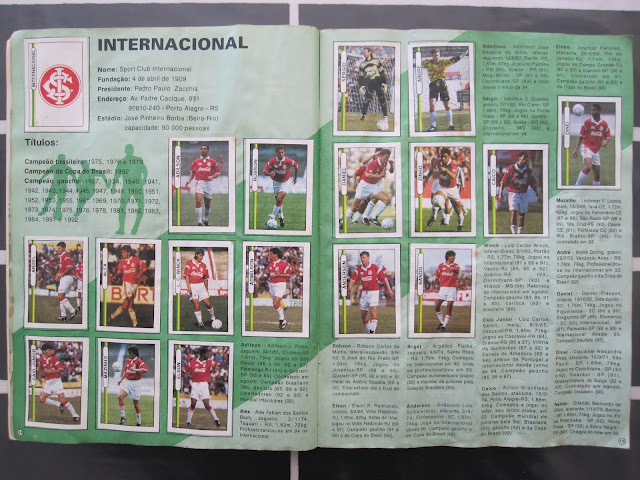 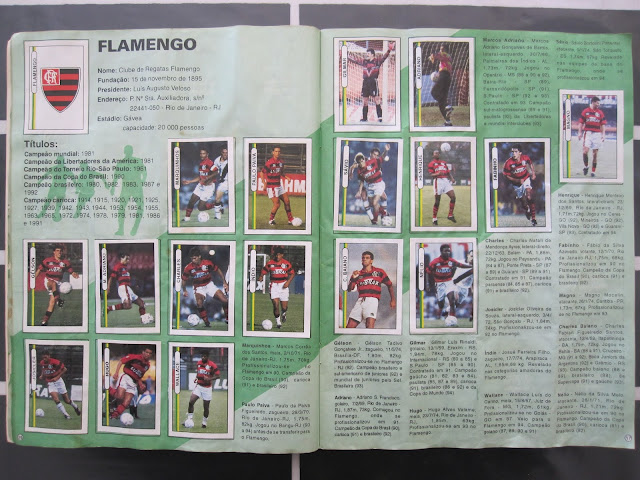 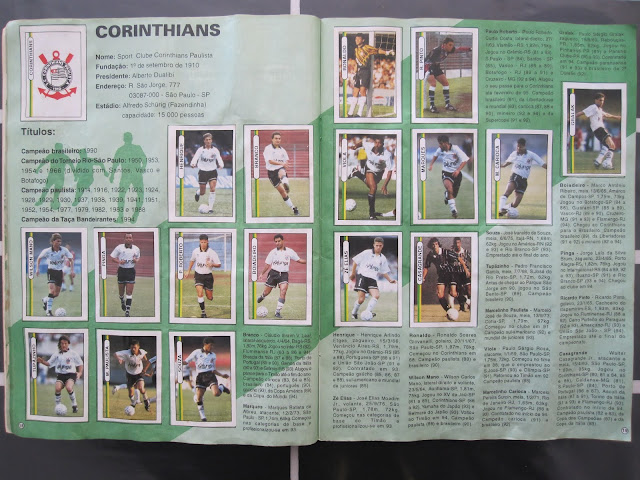 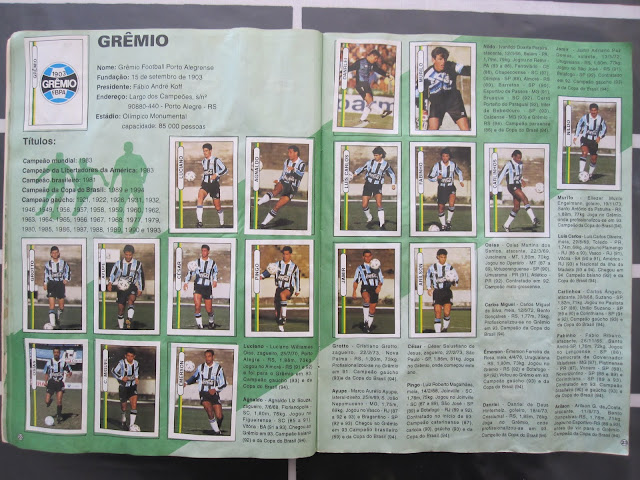 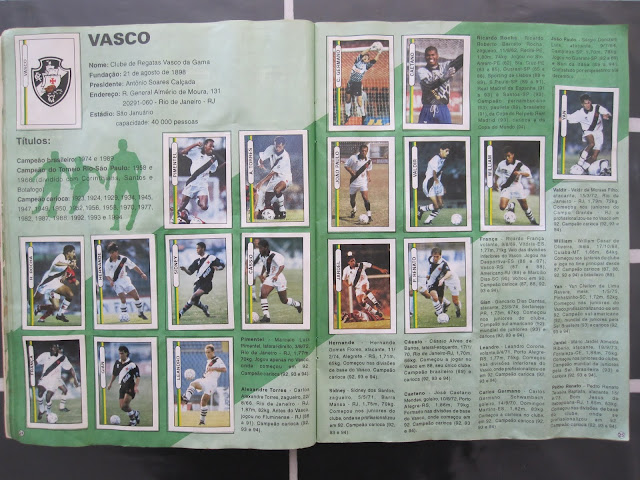 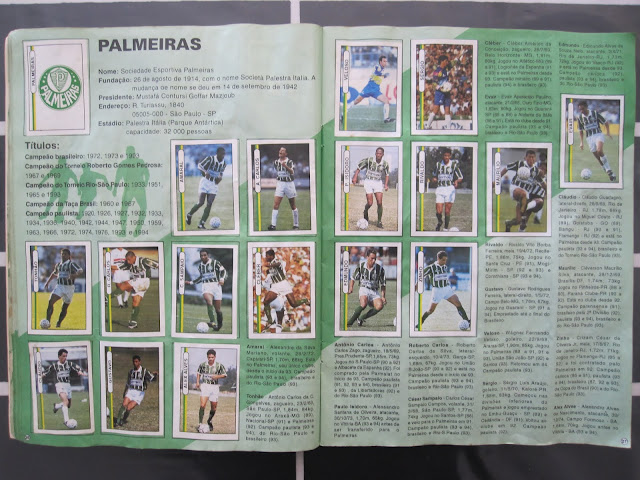 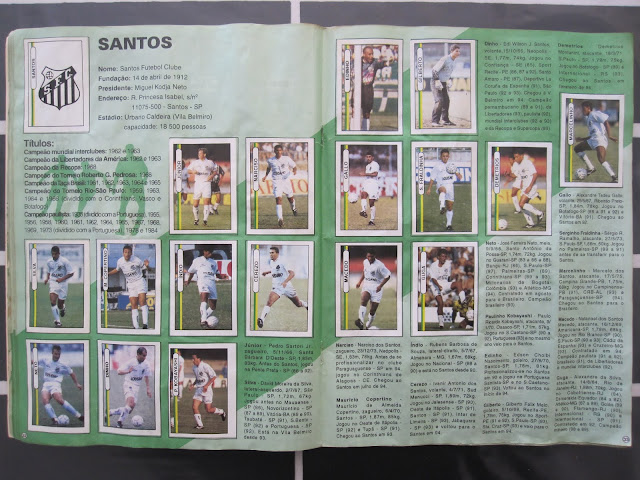 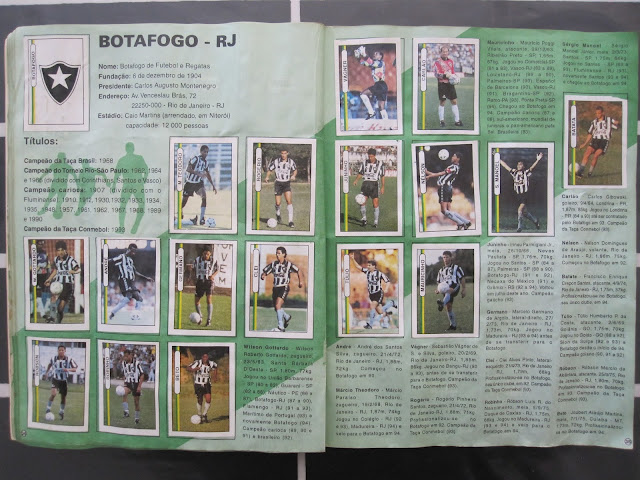 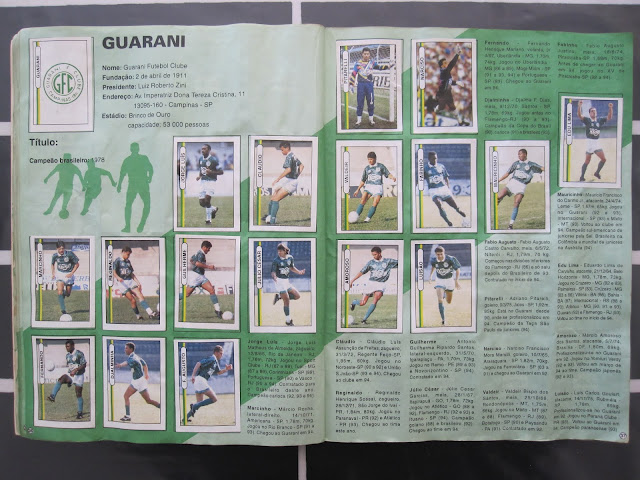 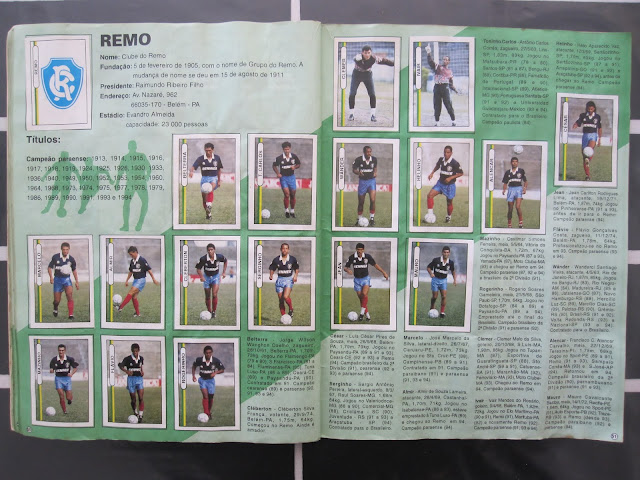 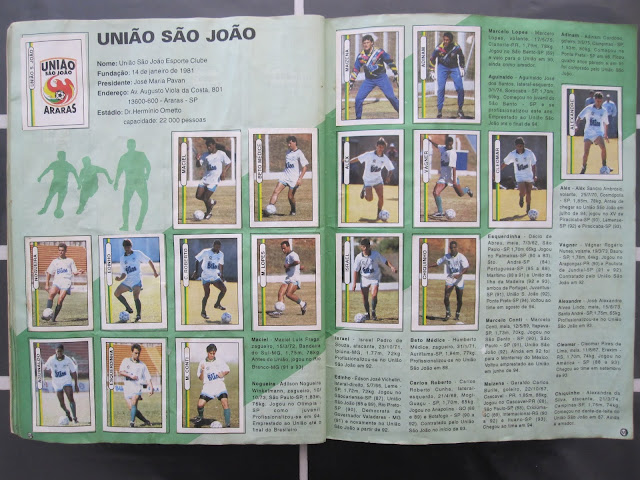 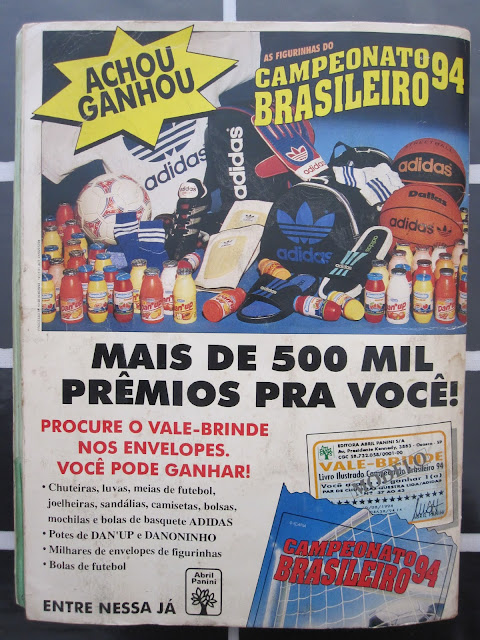 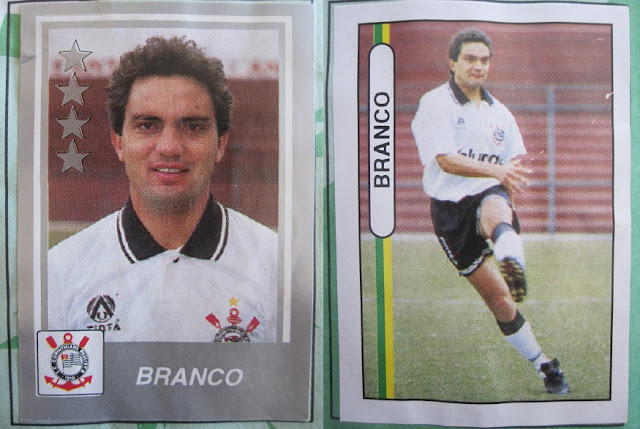 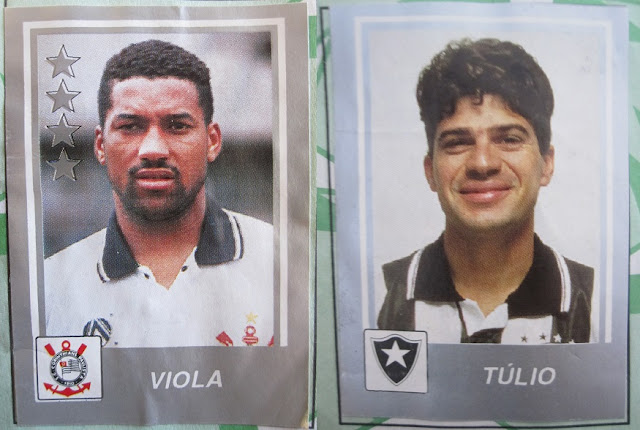 Strikers of Brasileiro 1994. Tulio was the top scorer of the Brasileiro '94 together with Marcio Amoroso with 19 goals 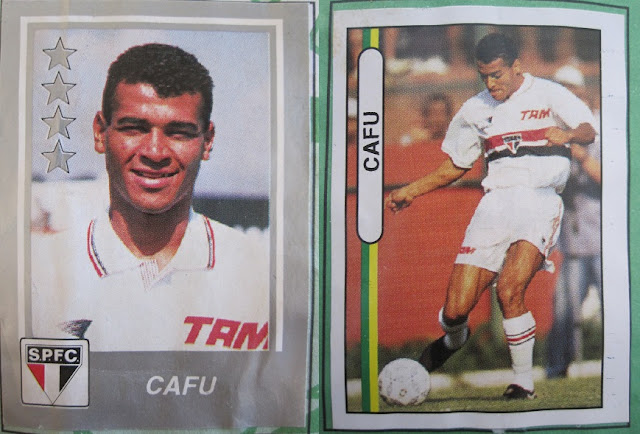 Cafu (Sao Paulo) played in Italy for Roma and Milan 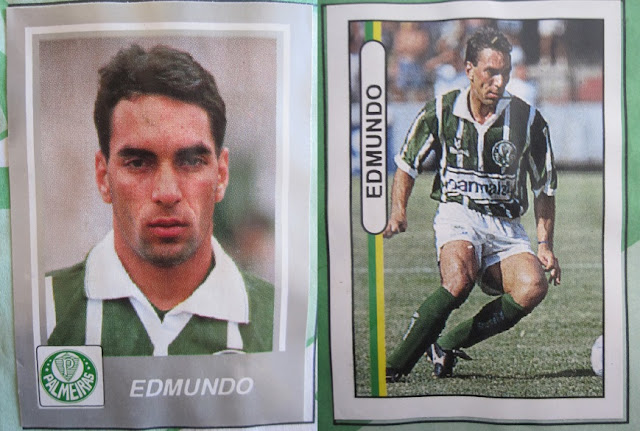 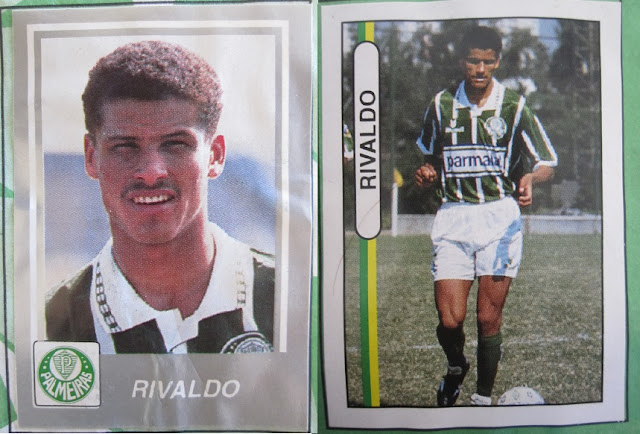 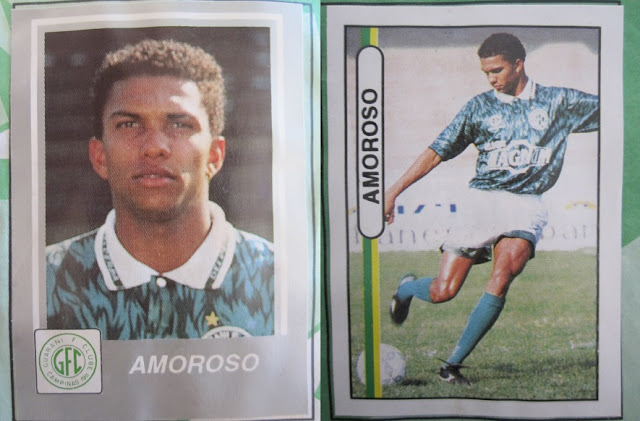 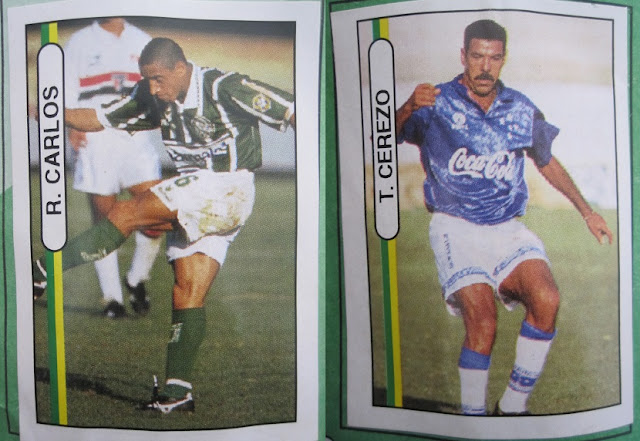 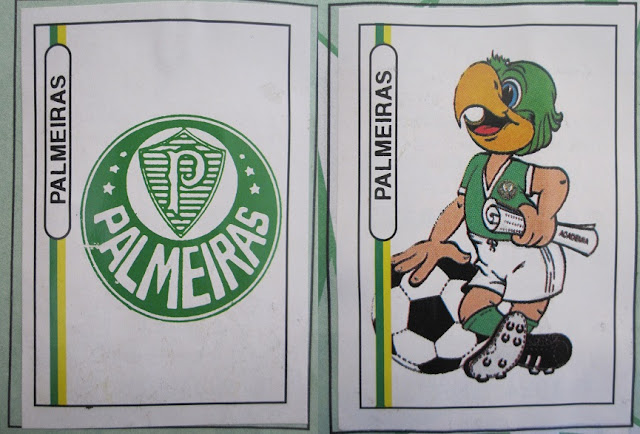 Badge and mascot stickers of Palmeiras, winners of the Brasileiro 1994 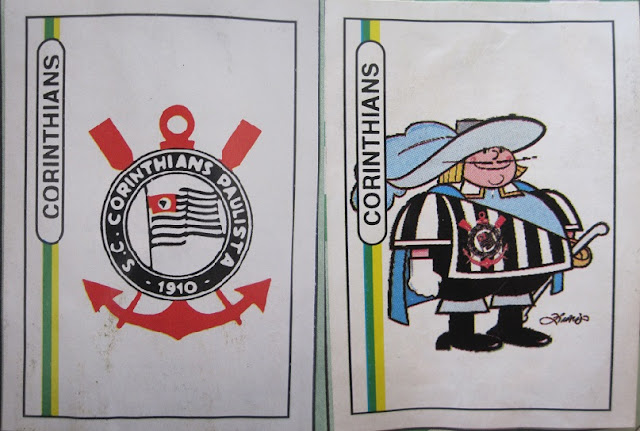 Corinthians (2nd place) lost the title in the finals against Palmeiras