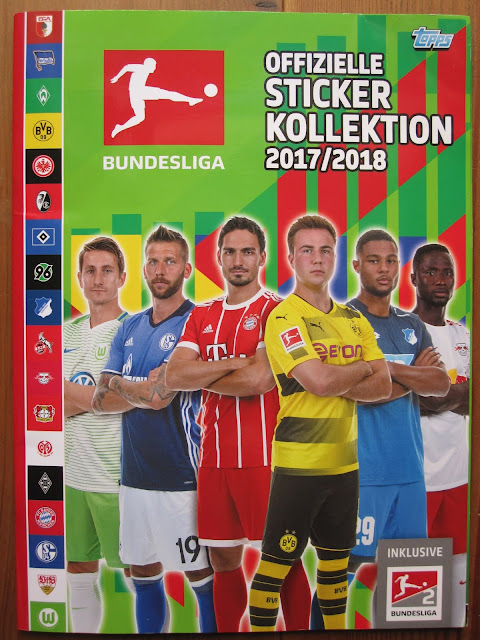 The official sticker collection of the Bundesliga 2017/2018 has been released by Topps. The collection has a similar layout of the previous album, but with a reduced number of stickers, from 437to 294. Moreover, there are no limited edition stickers this season.
The album opens with the table of contents, the foreword signed by Lothar Matthaus, and the first three stickers: the Bundesliga logos and the trophies (Meisterschale) of the Bundesliga and the 2.Bundesliga. 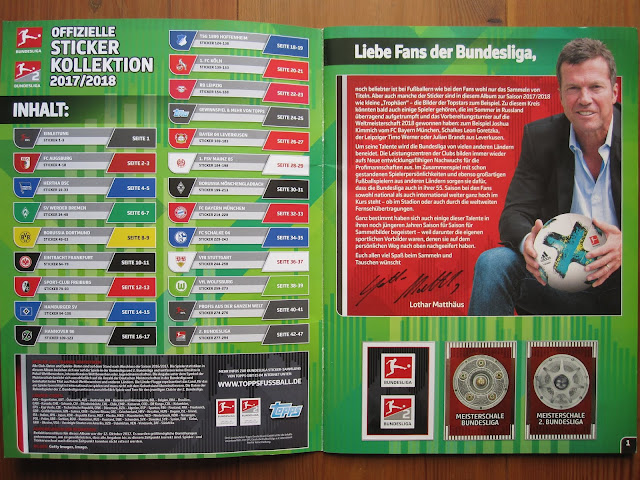 Bundesliga clubs are shown in alphabetical order. For each club there are 15 stickers displaced over two pages: the club badge (metallic sticker) and 14 players. Compared to the previous album the club pages are reduced from four to two, missing stickers of the team photo, uniforms, and star players in action. Moreover the club badge is the only special sticker. 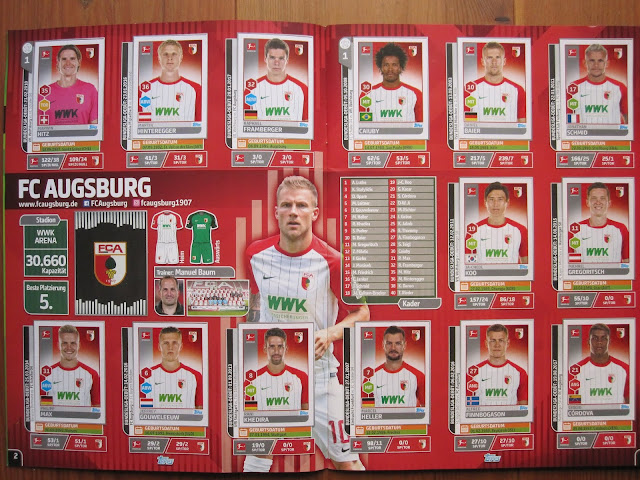 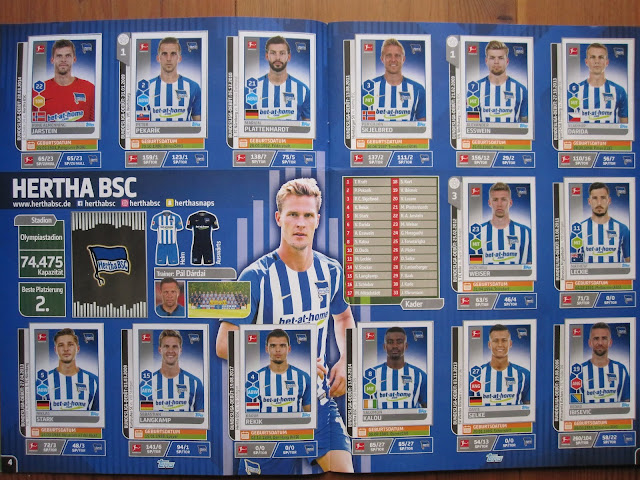 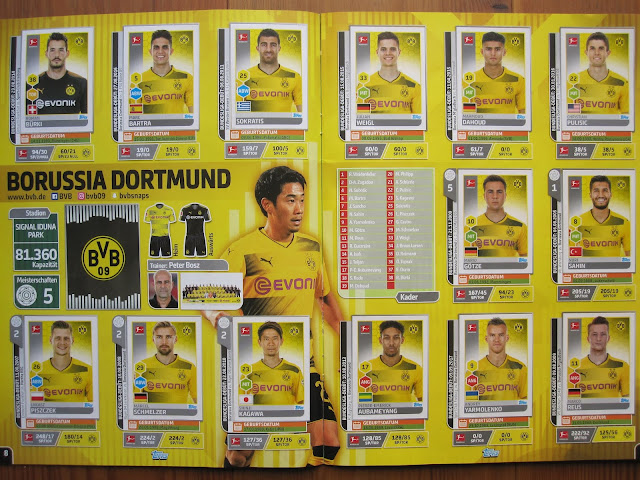 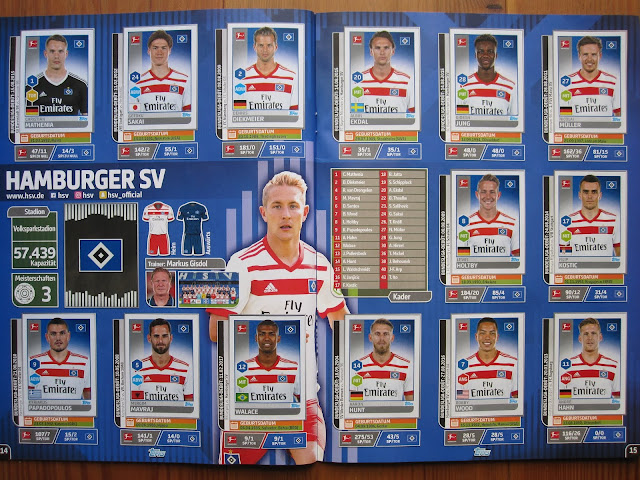 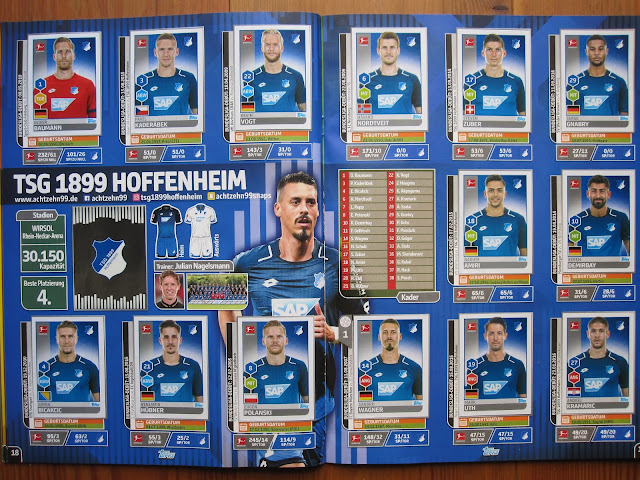 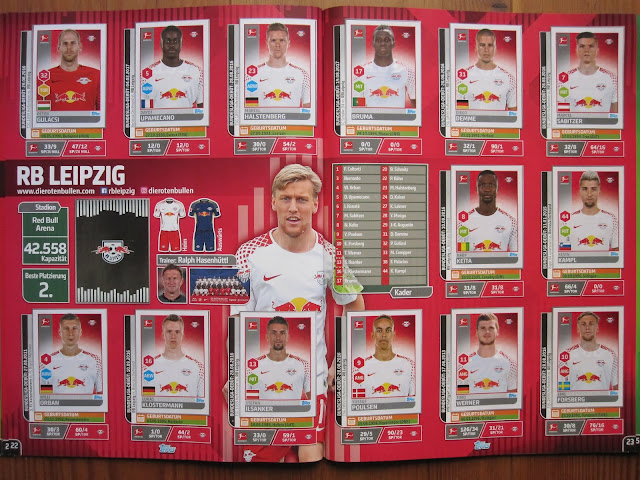 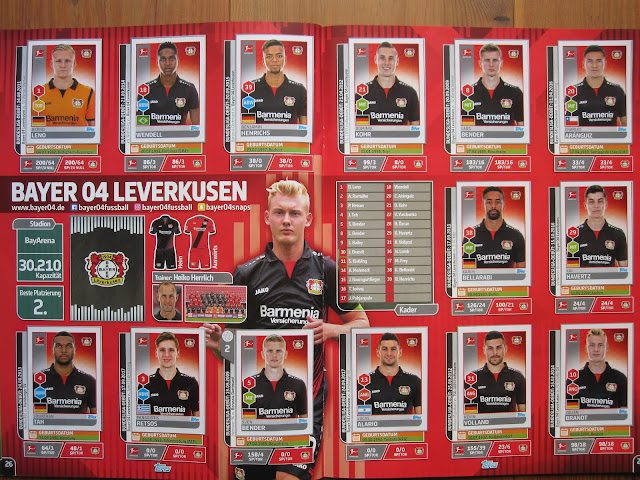 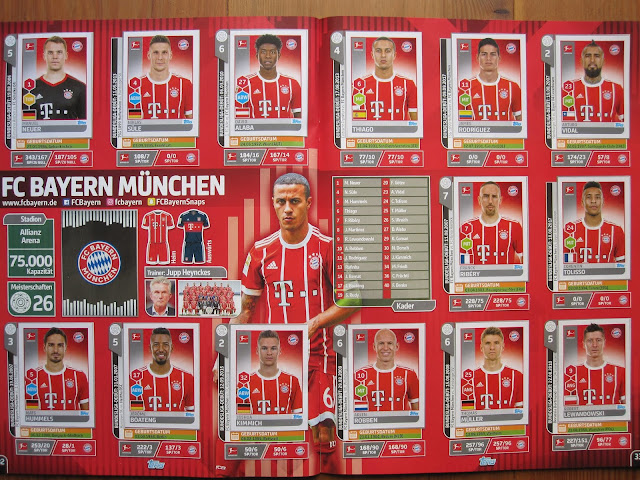 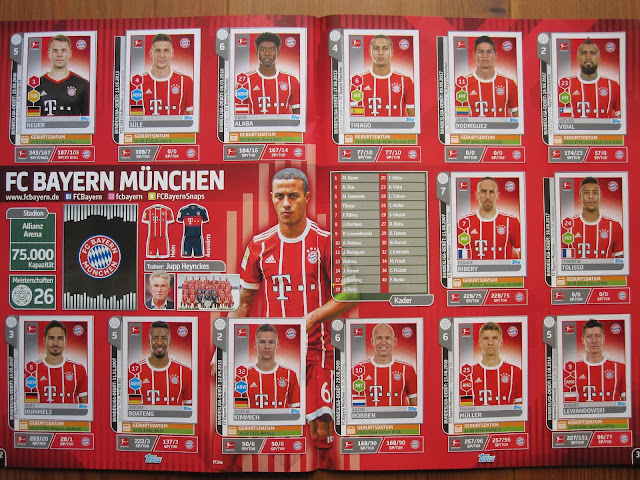 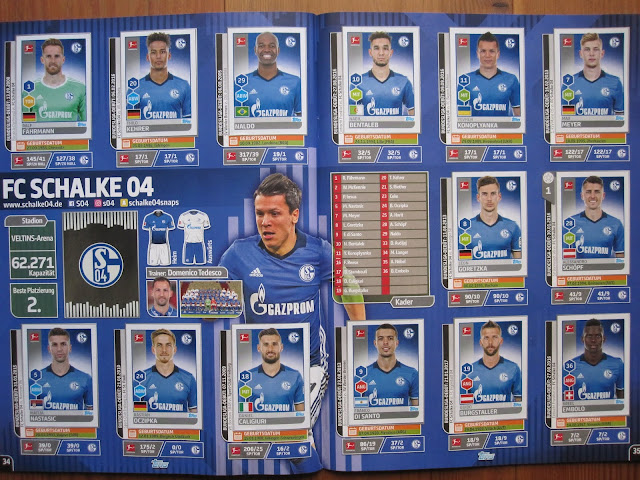 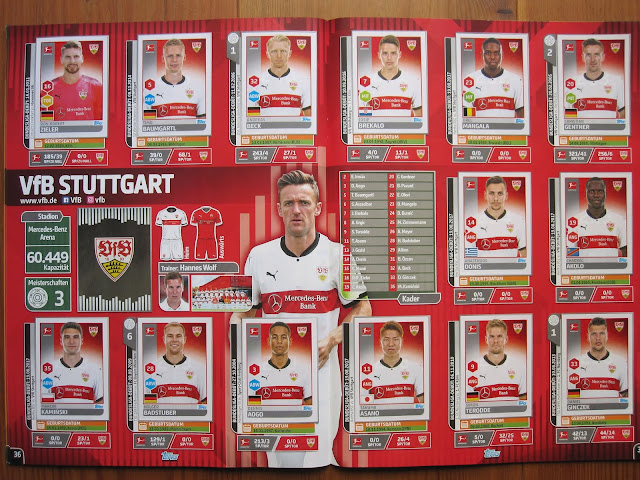 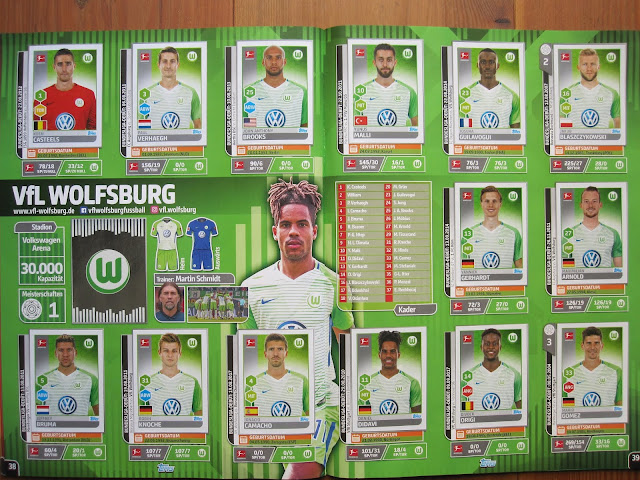 After the Bundesliga clubs there is a section dedicated to the foreigner players of the league. Here we find two stickers composing an action photo of a game Borussia Dortmund - Bayern Munchen and the sticker of the official ball for the season 2017/2018. 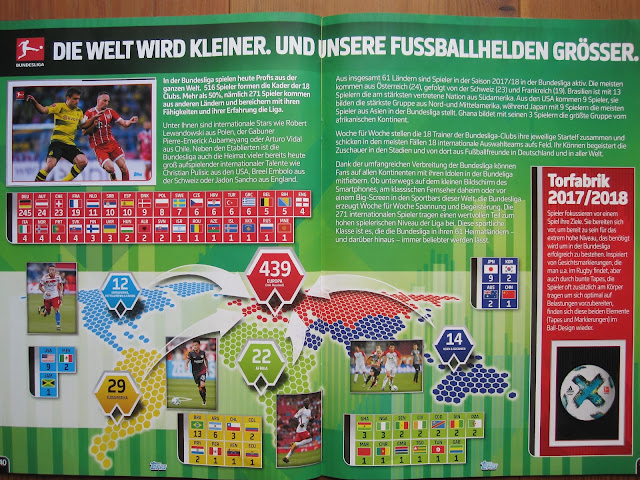 Clubs of the second Bundesliga (2.Bundesliga) are included with only one sticker each picturing the club badge. Details of each club and its star player are printed on the album. 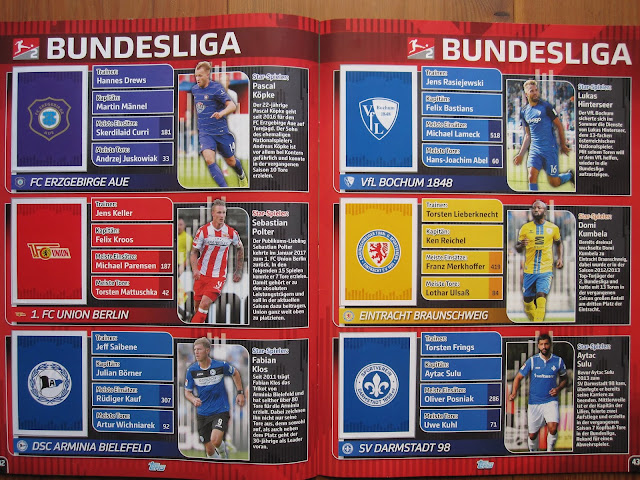 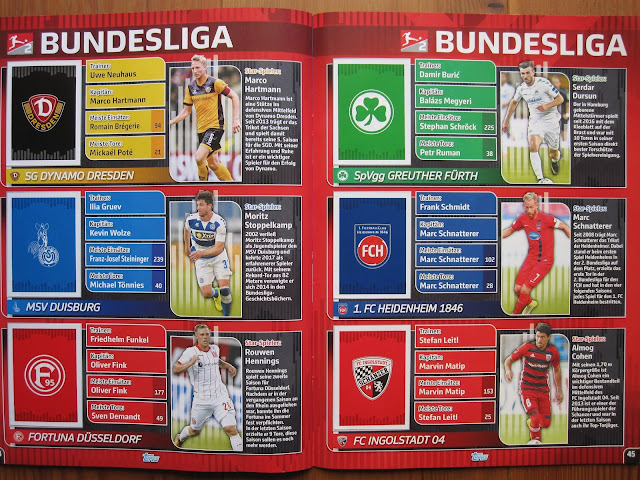 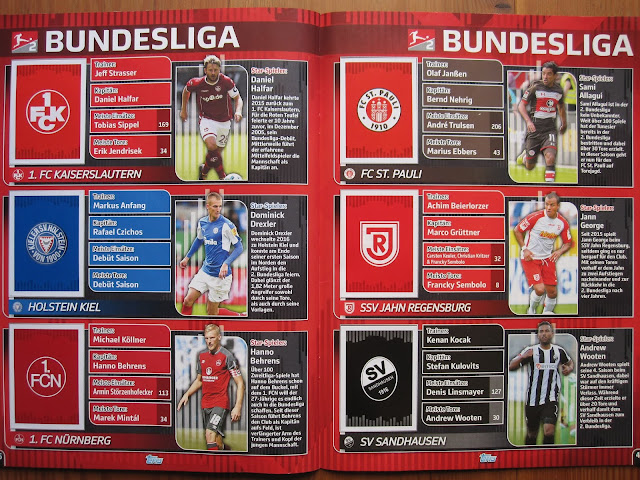 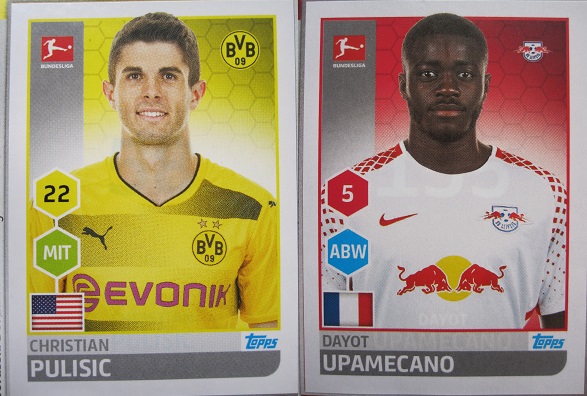 Two young prospects of this album: the America Christian Pulisic (32 appearances and 4 goals for B.Dortmund this season in the league) and the French Dayot Upamecano (28 app. and 3 goals for Leipzig) 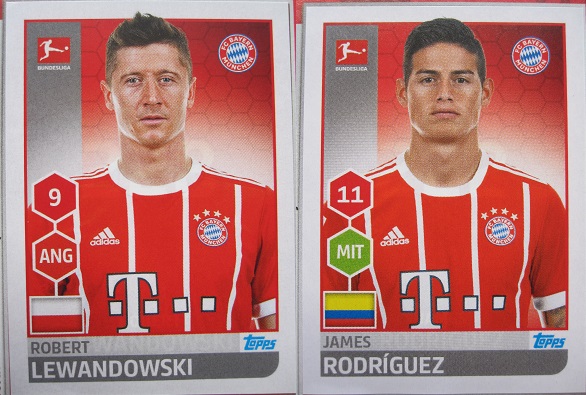