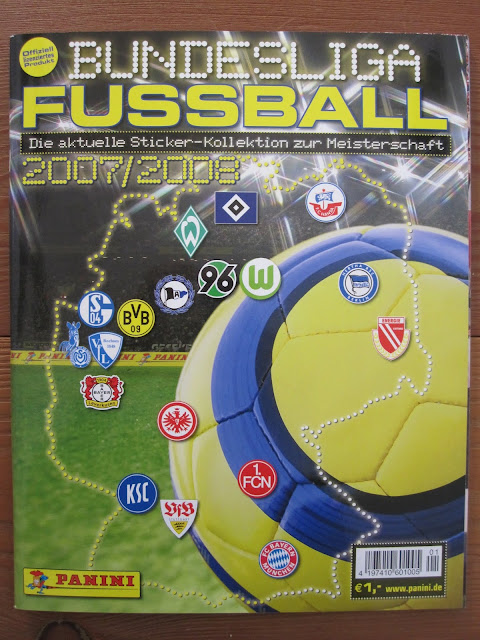 The second last Panini album of the Bundesliga before Topps arrival in 2010 is a complete collection of 498 stickers, with six pages per club including stickers of badge, team photo, stadiums and 18 players.
The albums begins with an introduction of three stickers: the winners of the Bundesliga 2006/2007 (Stuttgart, two stickers) and the topscorer 2006/2007 (the Greek striker Gekas). Also the DFB-Pokal 2006/2007 (Stuttgart-Nurnberg=2-3) is reviewed with five stickers on one page.
Bundesliga clubs are shown in alphabetical order. In the 27 stickers of each club we find the metallic badge, the team photo (four stickers), the stadium (two metallic sticker) 18 players, the sticker of a new signing and the face of a team player in action. 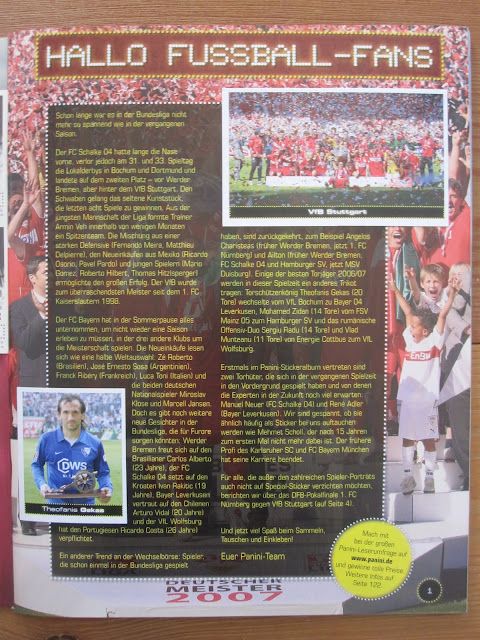 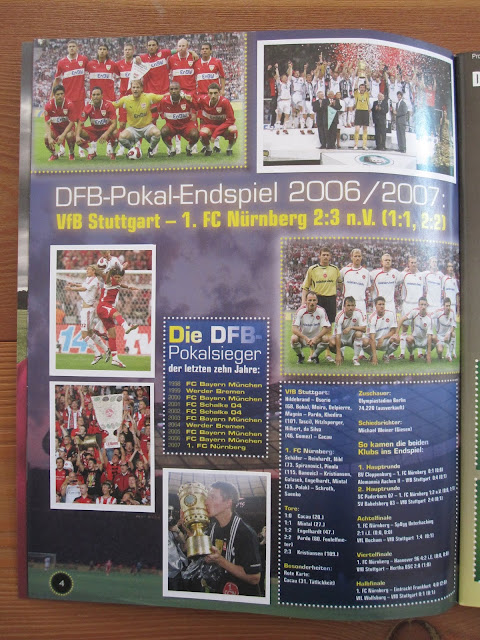 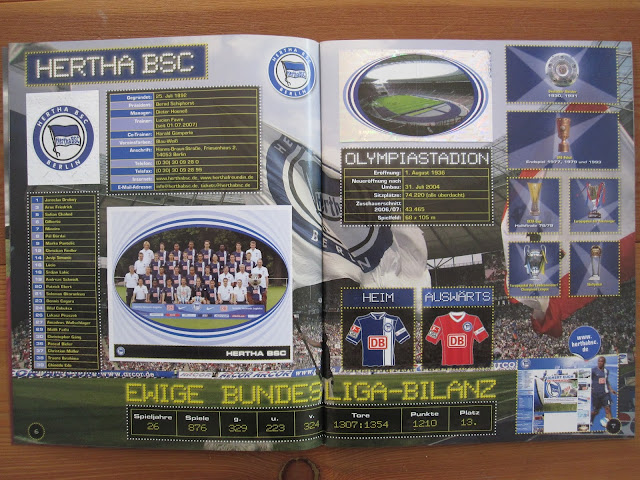 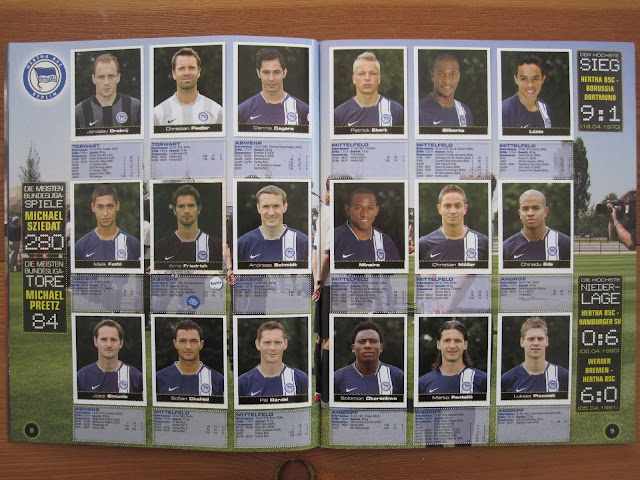 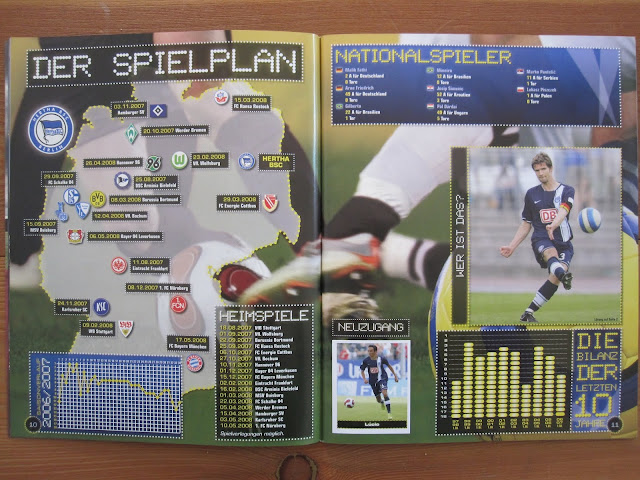 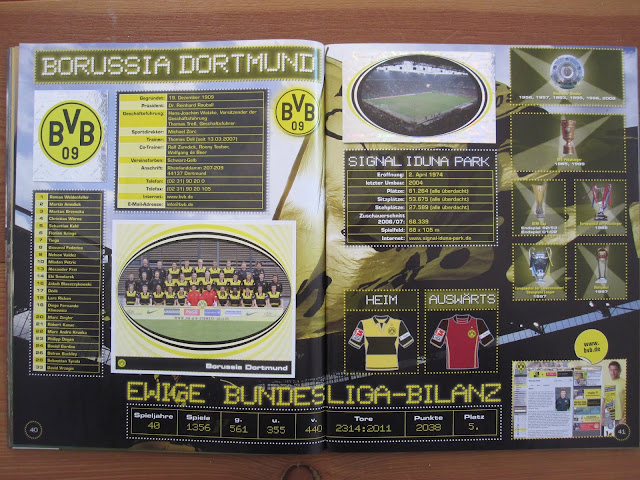 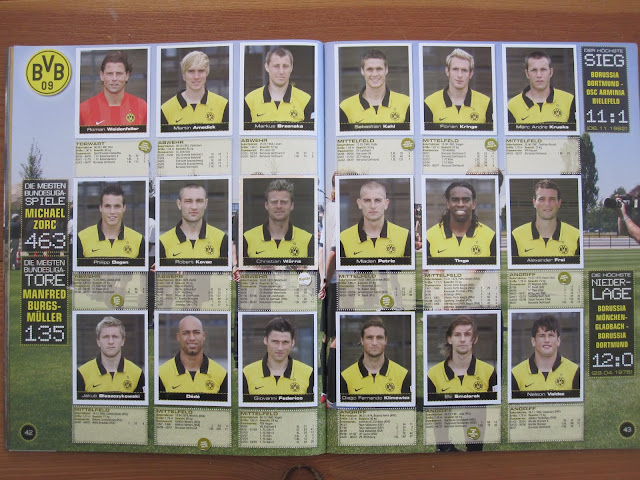 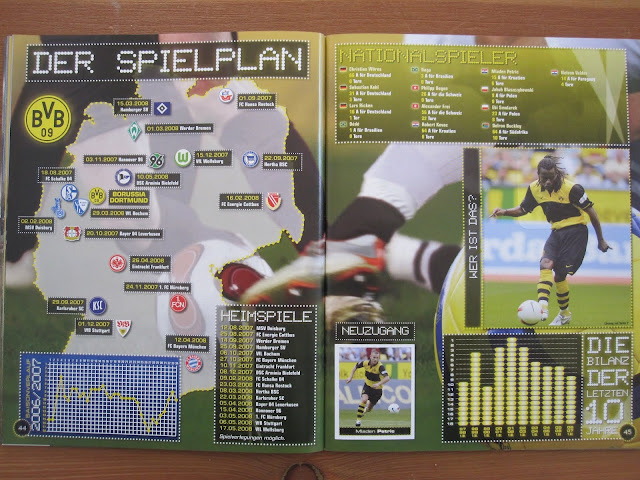 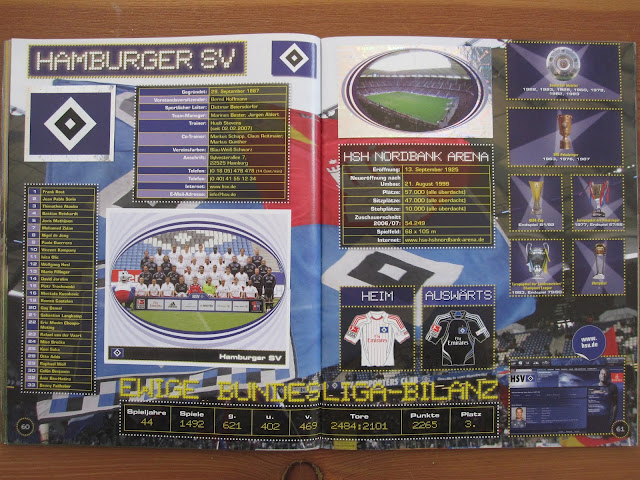 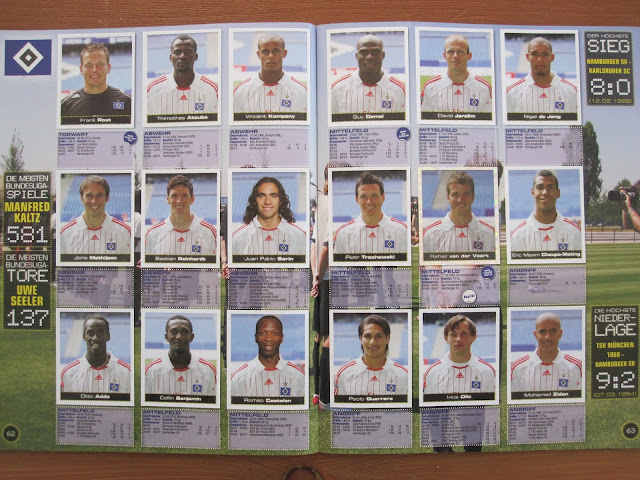 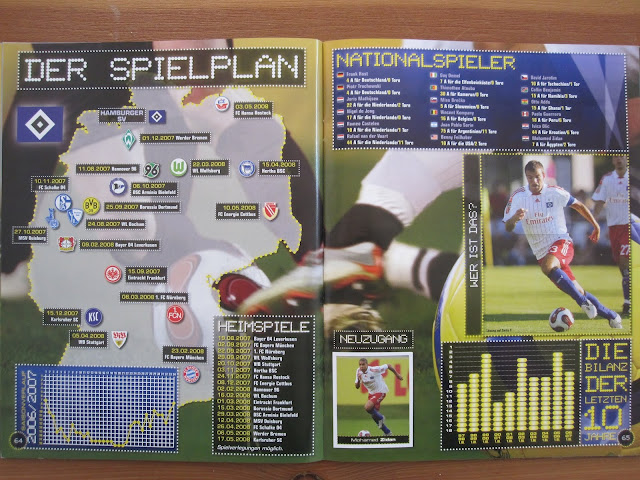 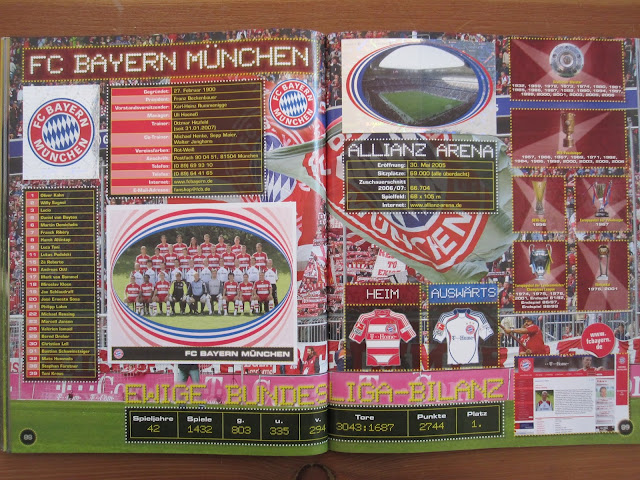 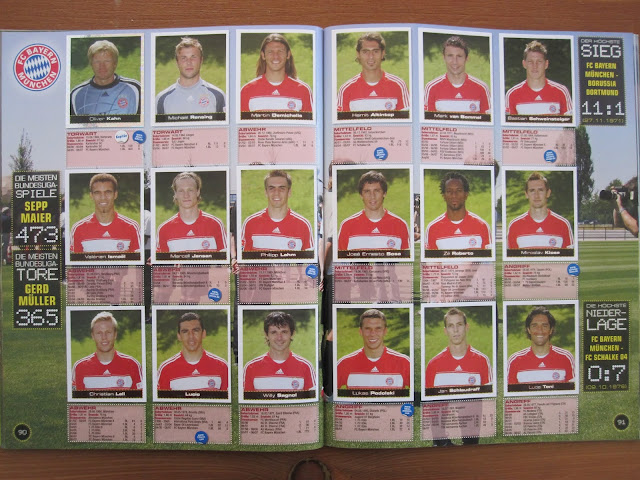 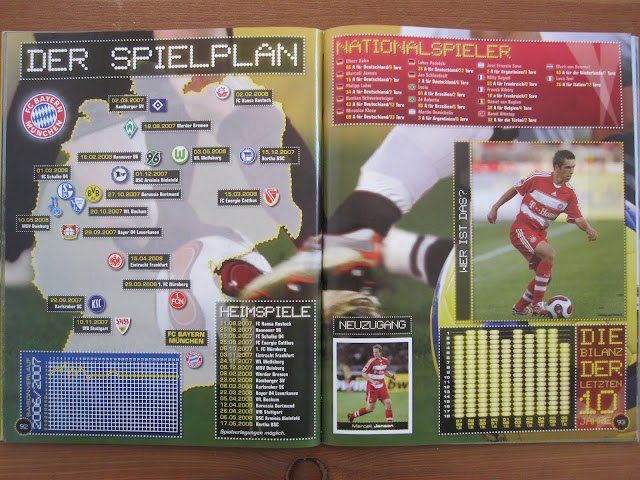 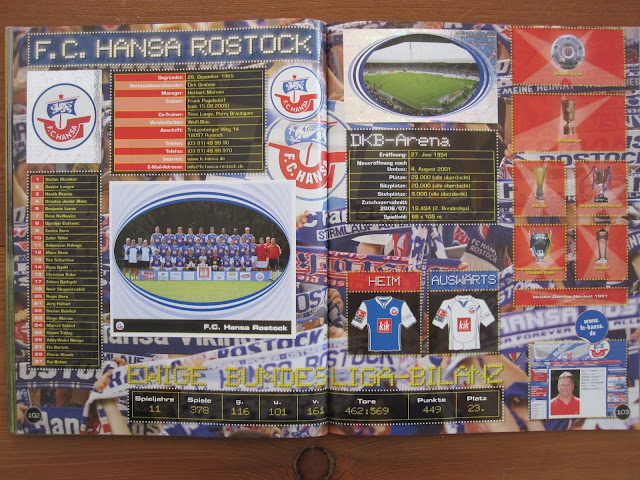 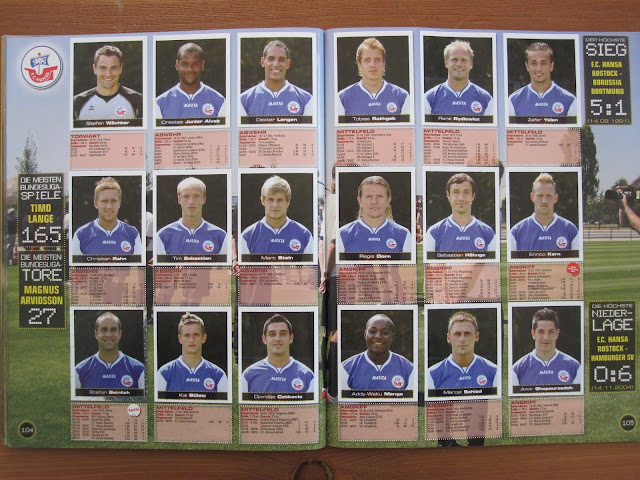 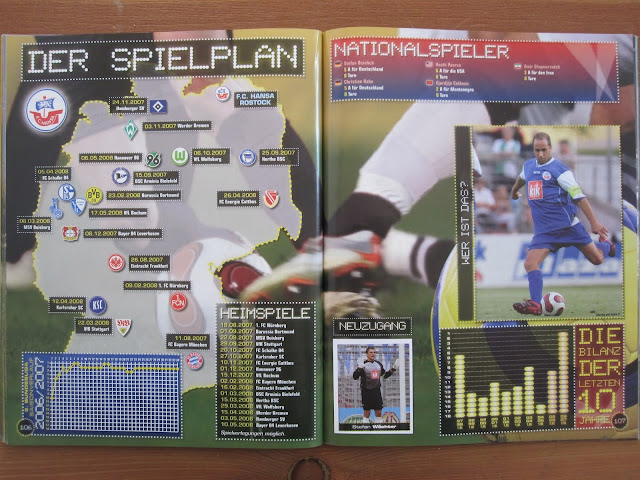 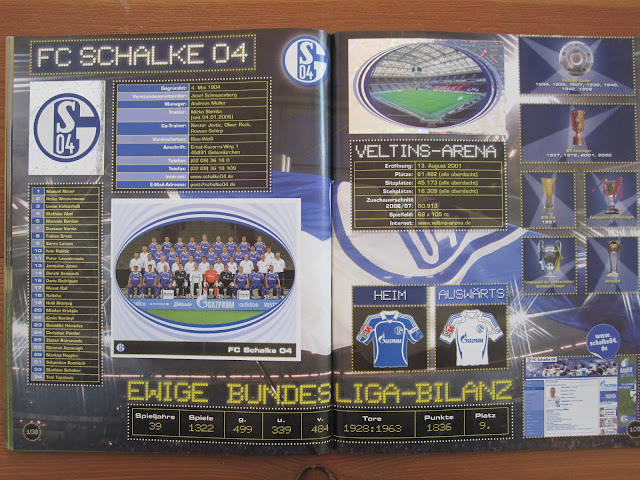 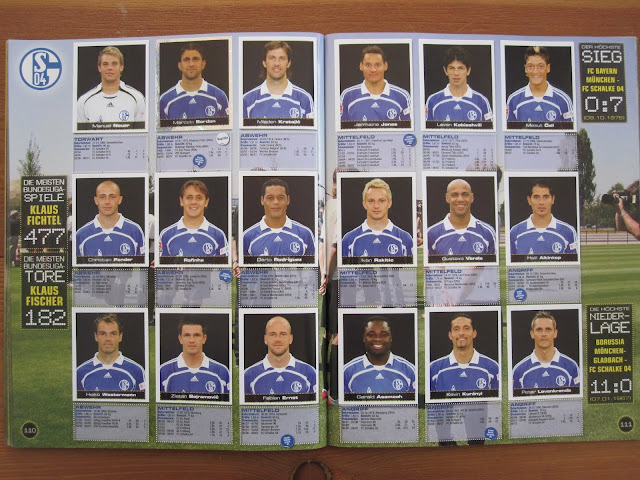 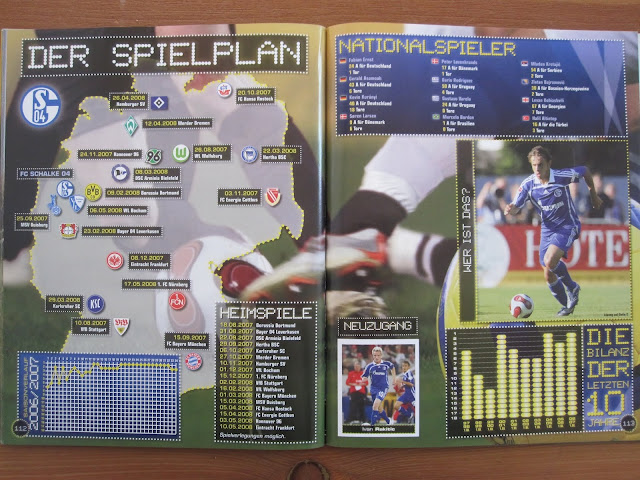 The last part of the album includes a page with the best players of the season 2006/2007 selected by Panini. Out of the 11 players, four are stickers (Mertesacker, Bordon, Schneider, Diego) and the others are just printed on the album. 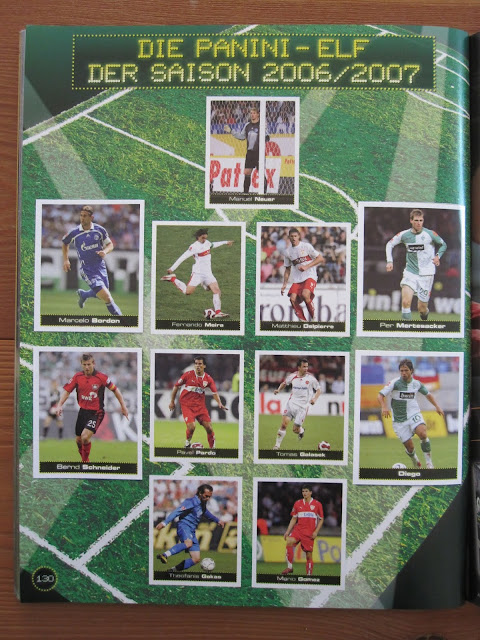 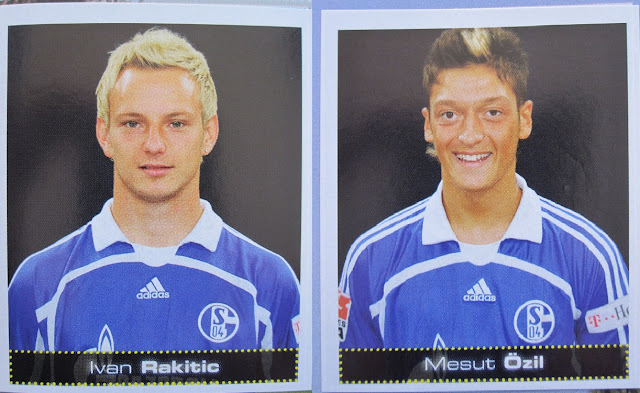 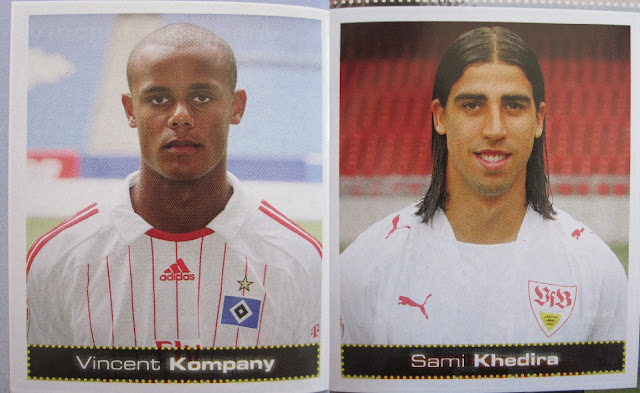 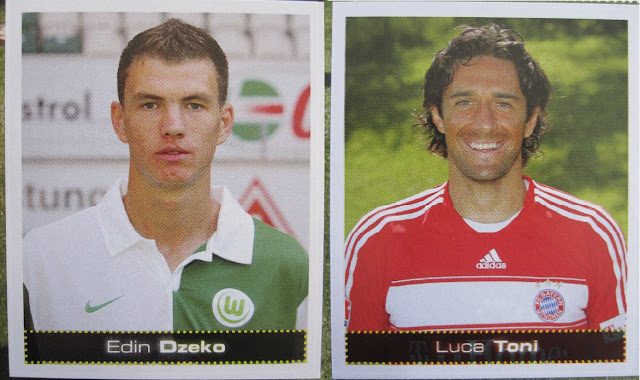 Panini released four albums of the Peruvian championship between 2005 and 2010. The last two albums are under the name of the sponsor of the competition, "Cable Magico":

Pictures of the sealed packets from my collection are shown here below: 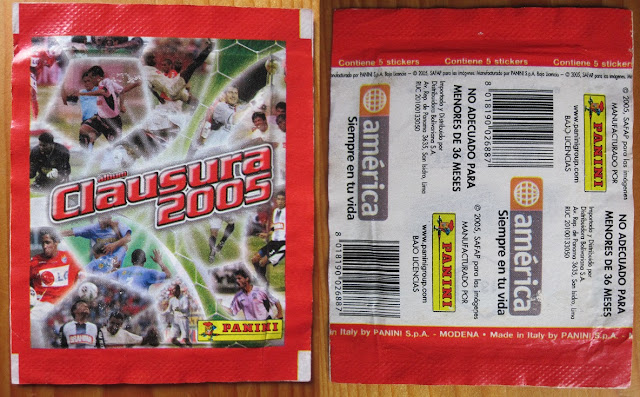 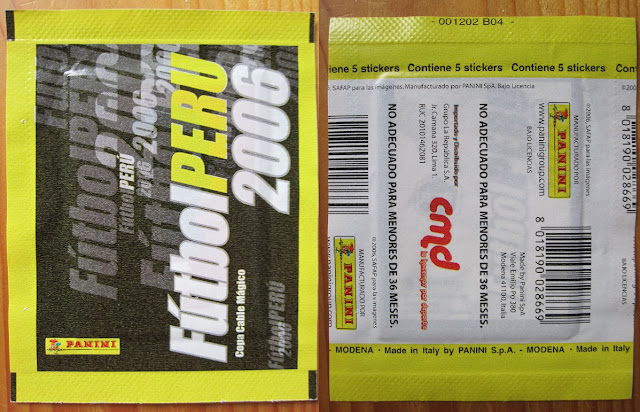 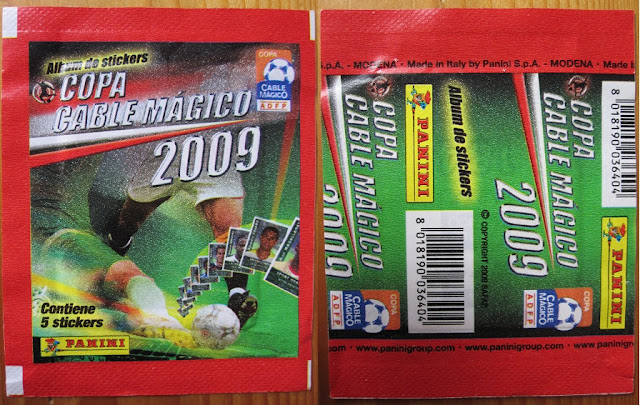 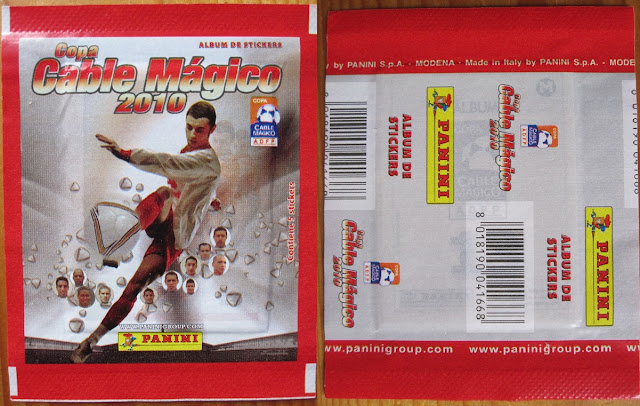