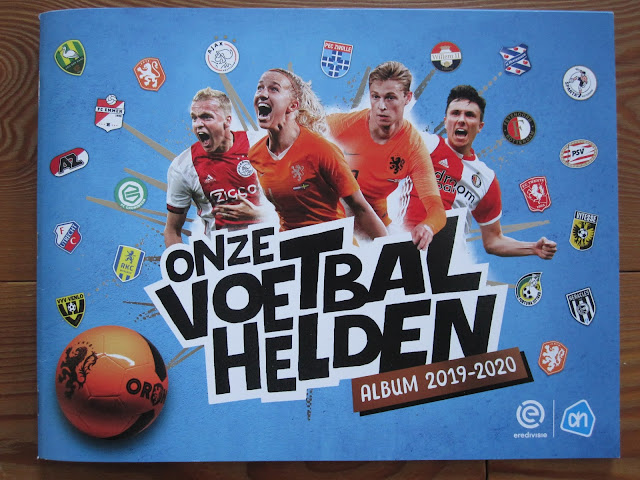 The supermarket chain Albert Heijn (AH) produced a second consecutive album of the Dutch Eredivisie, which add up to the three albums previously published between 2009 and 2011.
The album maintains the trademark of the horizontal layout. It is again an excellent collection that covers all the clubs of the Eredivisie with a large section dedicated to the Dutch National Teams (men and women), placed at the beginning of the album. These sections  ("Oranje boven!" for the men and "Oranje Leeuwinnen" for the women) are composed by a total of 34 shiny stickers with Federation logos and players in action. The team photos are printed on the album.

The 18 competing clubs of the Eredivisie 2019-2020 are shown in alphabetical order from Ado Den Haag to Willem II. Each club has 12 stickers displaced over four pages: the club logo and 11 players in action. These are all regular stickers with no shinies. The great feature of this collection is that all the player stickers are autographed. The stickers of the Eredivisie trophy and the KNVB cup are included in the page of the owner Ajax, who won the titles in the season 2018/2019. Club pages include also the team photo printed on the album and fun facts or little games about the clubs. 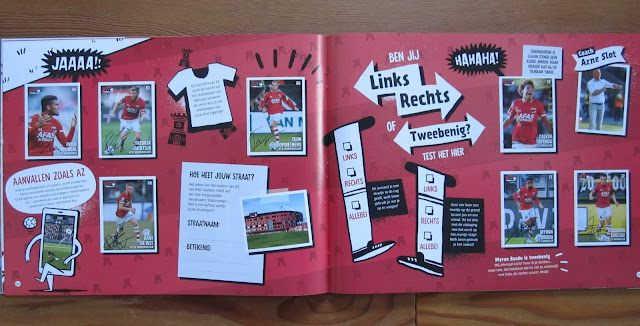 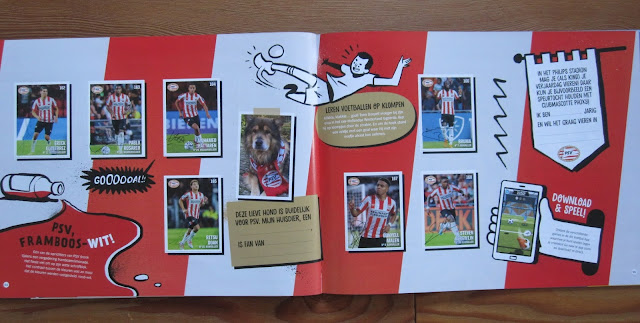 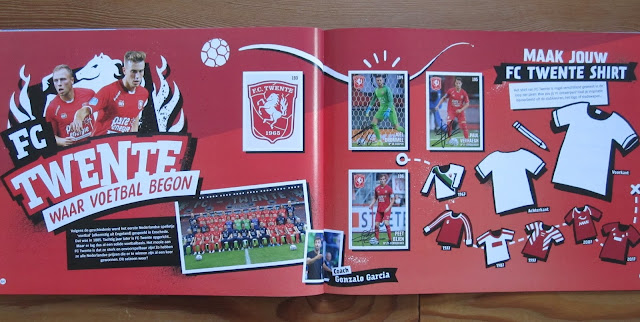 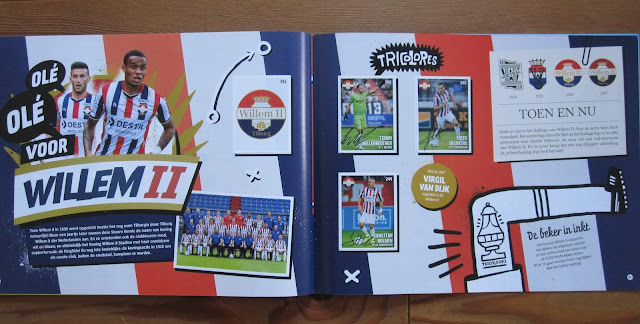 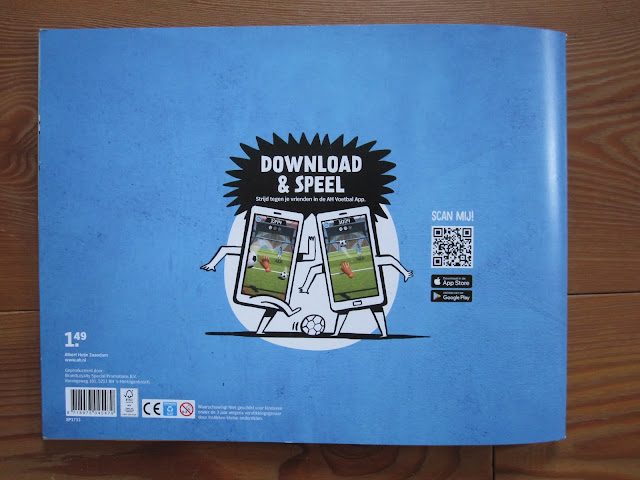 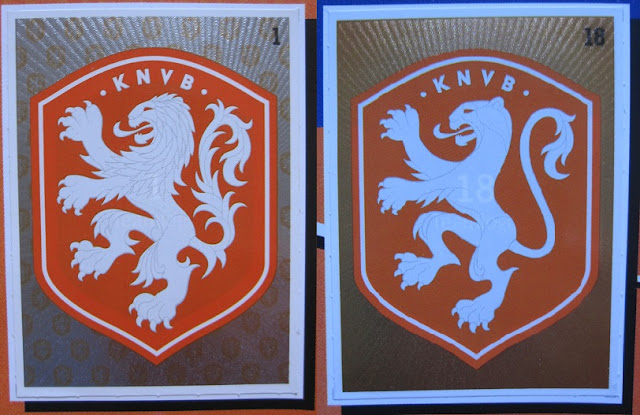 Special stickers of the Dutch Football Federation (KNVB) logos: men (on the left) and women (on the right) 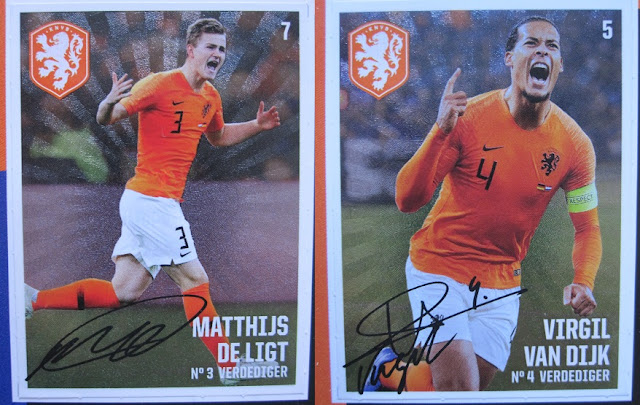 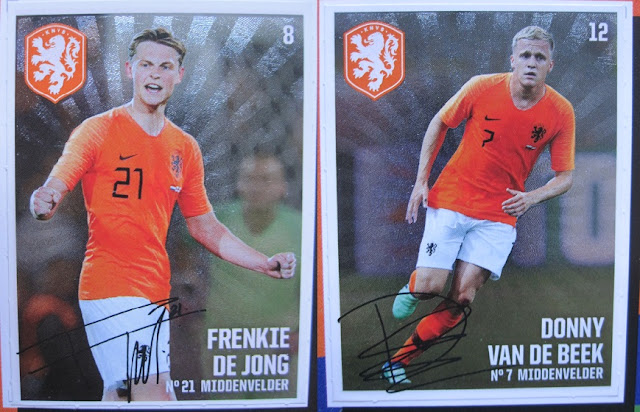 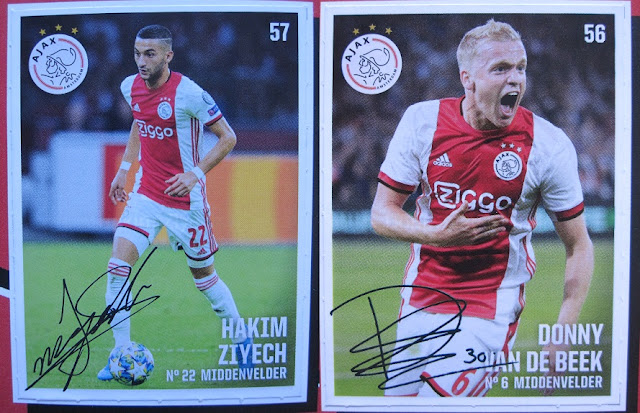 Tremendous offensive midfielder from Ajax: Hakim Ziyech (signed for Chelsea during the season) and Donny van de Beek. All the player stickers are autographed. 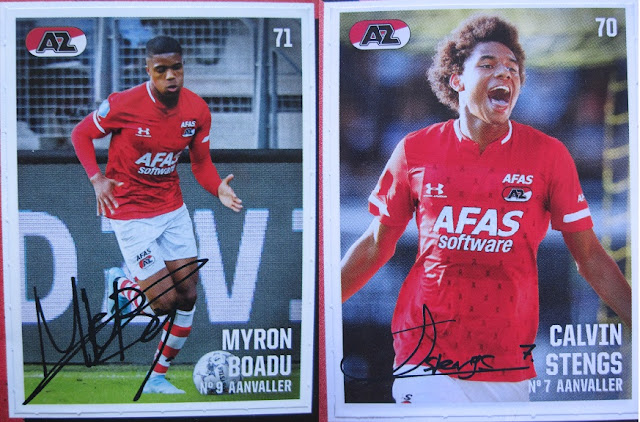 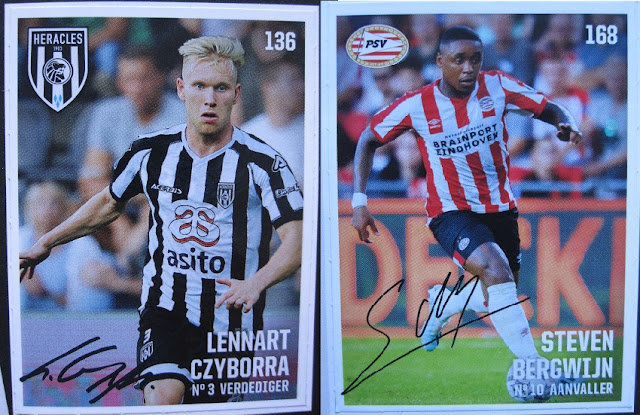 The German defender Czyborra moved from Heracles to Atalanta in January 2020, whereas Steven Bergwijn joined Tottenham 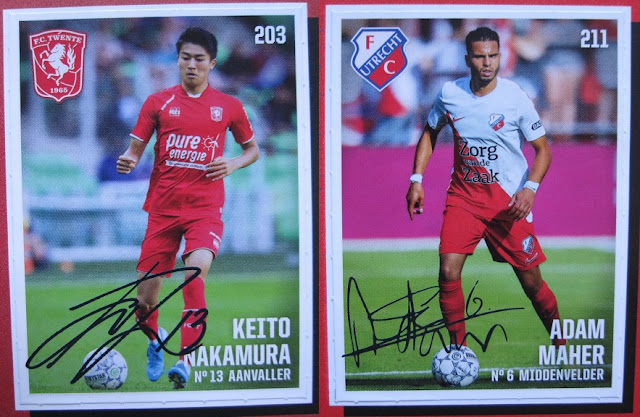 The Japanese Keito Nakamura (born in 2000, Twente) showed promising skills; Adam Maher found his dimension in Utrecht after his experiences with AZ, PSV and Twente 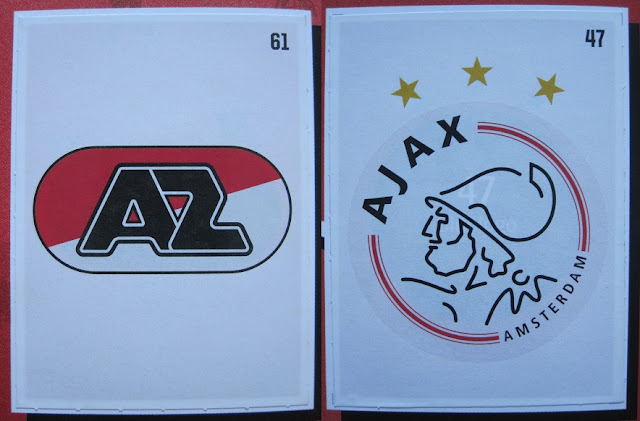 Club badge stickers are printed on a regular white foil 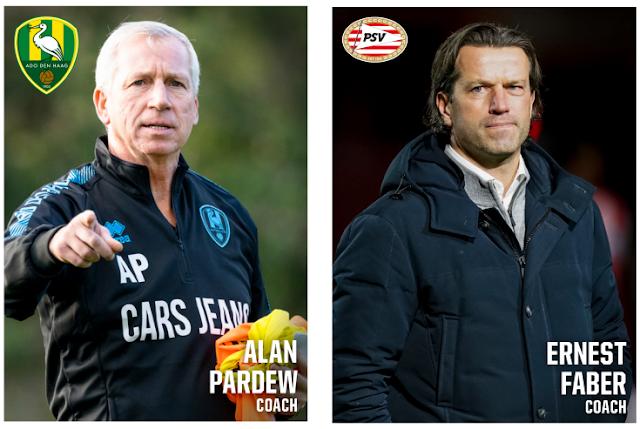 As an addition to this collection, Albert Heijn published on his website a pdf file with four digital stickers of new coaches. These virtual stickers could be downloaded on their site (click here). 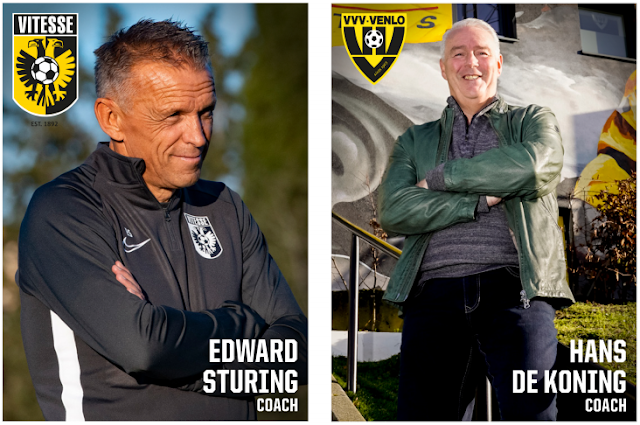