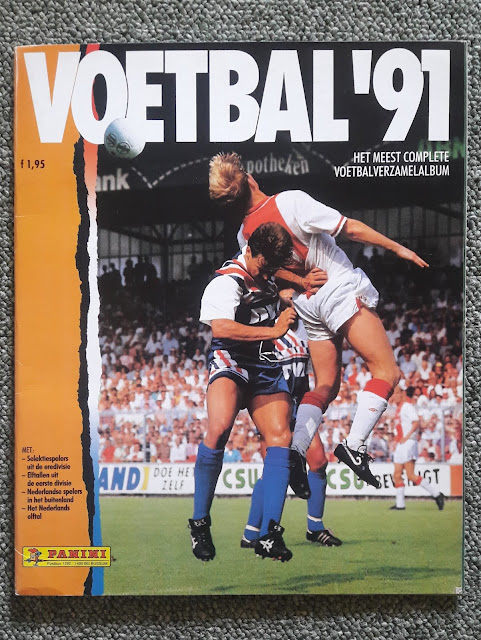 Ajax and PSV completed the season 1990/91 with the same number of points (53), but PSV won the Eredivisie title for a better goal difference. The two clubs shared also the top scorers of the season, Romario (PSV) and Bergkamp (Ajax). They both scored 25 goals in the league.
The official sticker collection Voetbal 91 was the 14th album released by Panini since the season 1977/78. The quality of the collection has dropped since the 80's and the club badge stickers were again not included. The last album with them was Voetbal 87.
The album Voetbal 91 opens with an introductory page in which there are the stickers of the Dutch football federation (KNVB) and the Dutch player Richard Witschge, who signed the foreword. 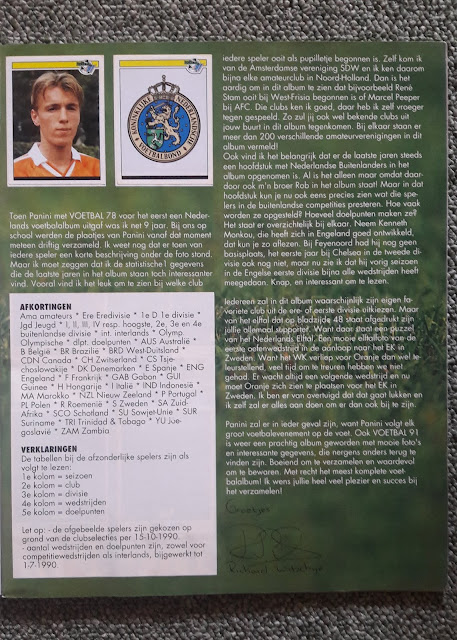 The album shows the Eredivisie clubs following the alphabetical order. For each club there are 16 stickers over two pages: the team photo (two stickers) and 14 players. 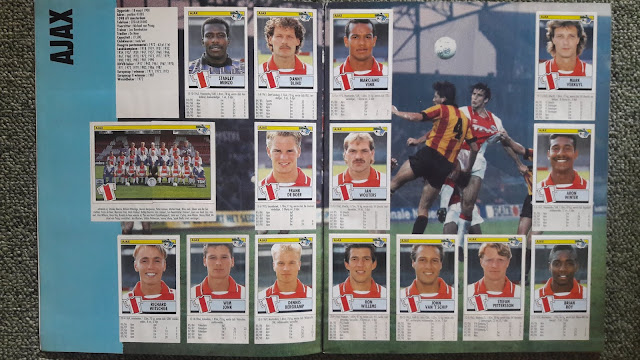 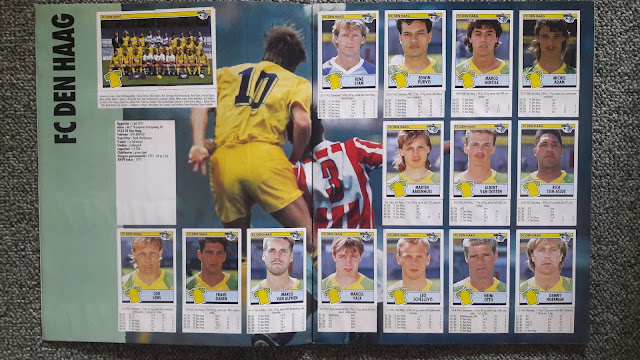 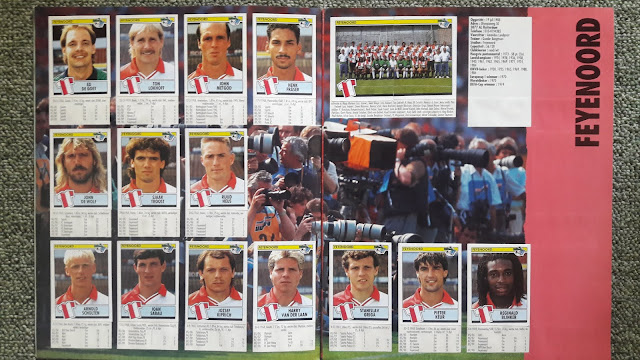 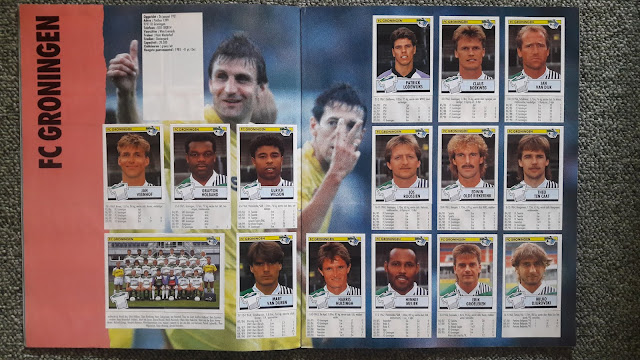 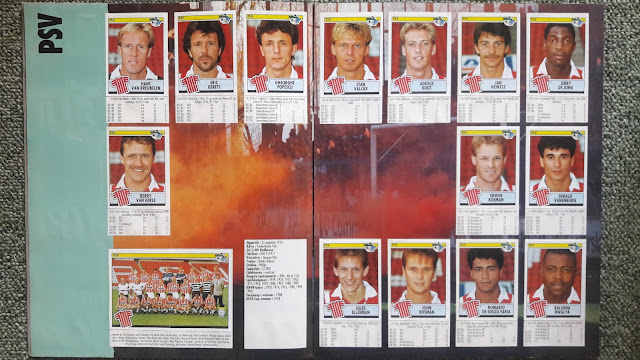 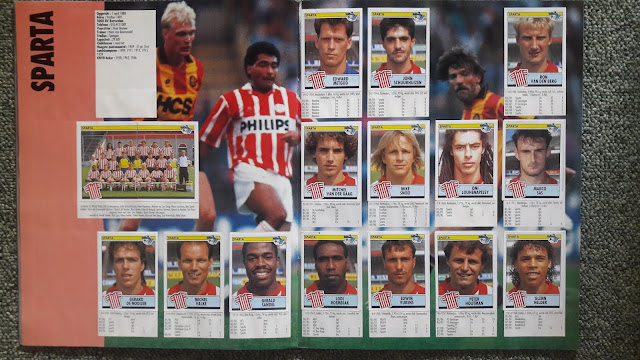 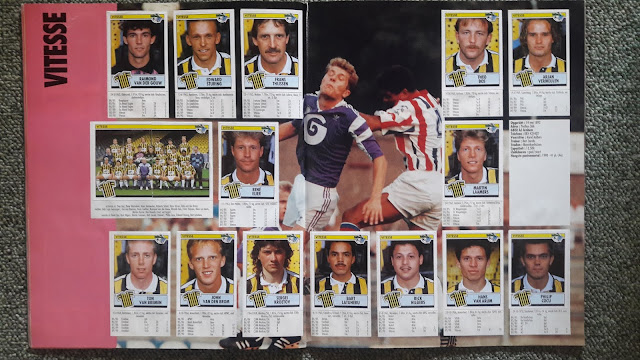 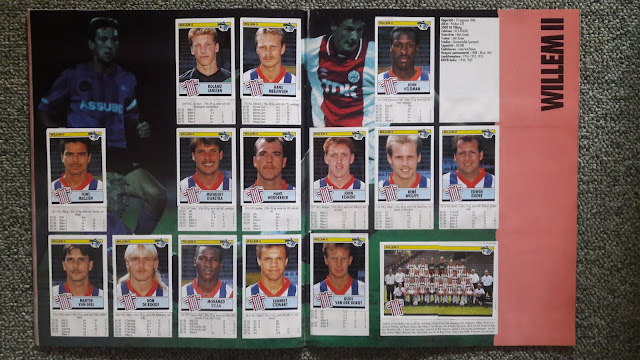 The section dedicated to the first division (Eerste Divisie) includes the team photos of the 20 competing clubs. Each team photo is composed by two stickers, for a total of 40 stickers in this section. 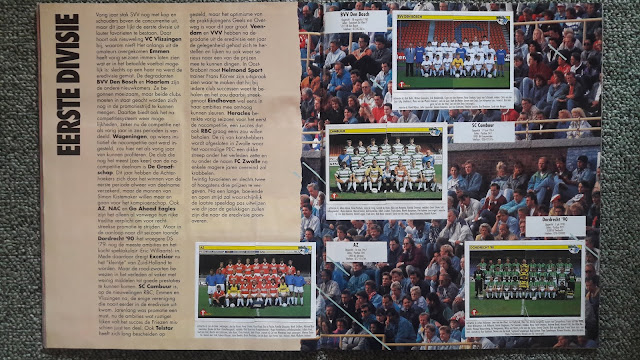 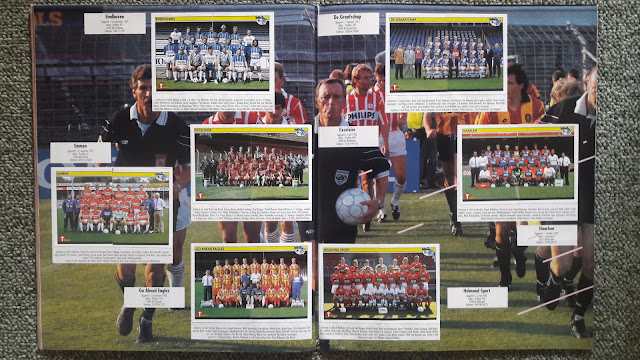 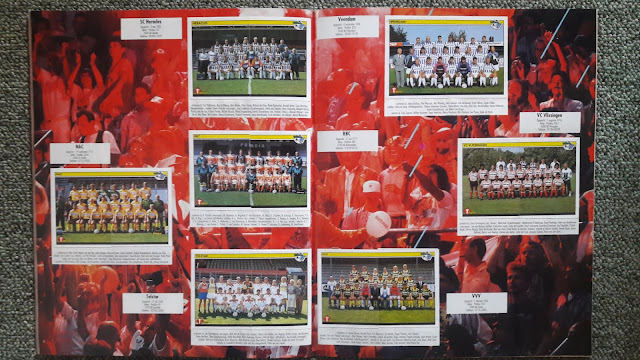 In the last part of the album there is a section dedicated to the Dutch players abroad (Nederlandse buitenlanders). Here we find 22 stickers of players with their career printed underneath. The most remarkable are Ronald Koeman, Marco Van Basten, Ruud Gullit, Frank Rijkaard and Wim Kieft.
The last section is about the "Orange" National team. A puzzle of 8 stickers composing the team photo closes the album. 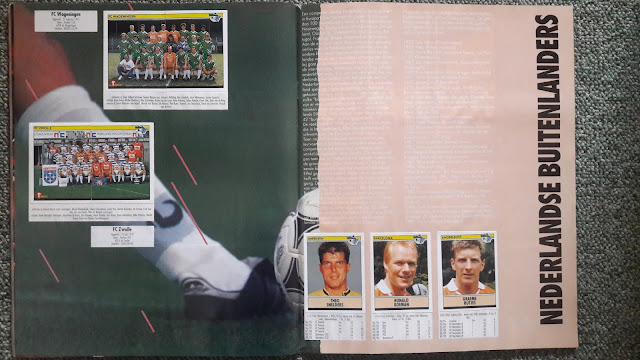 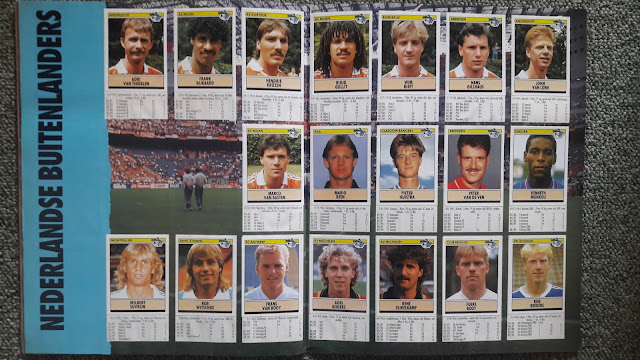 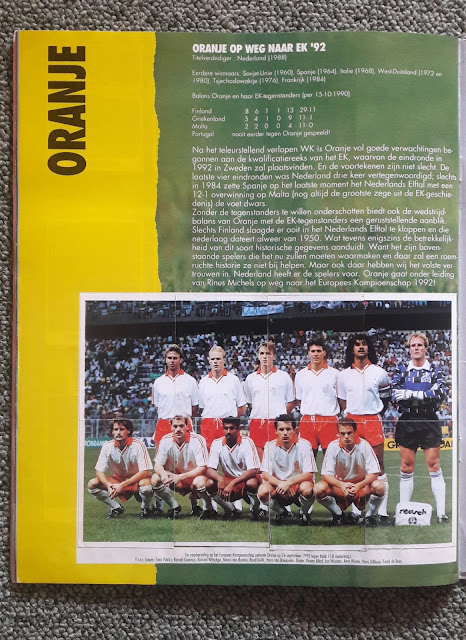 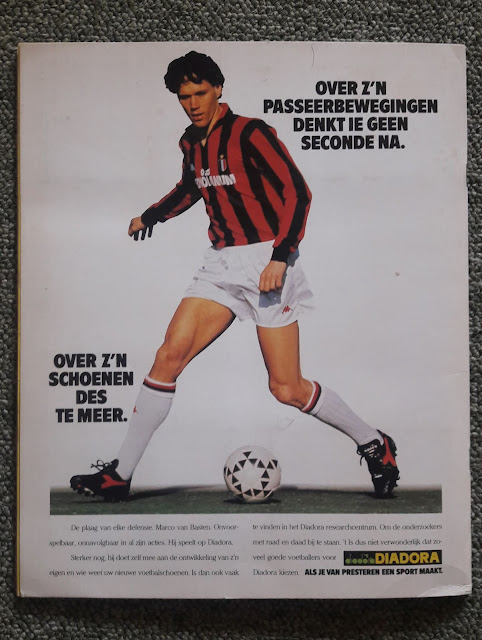 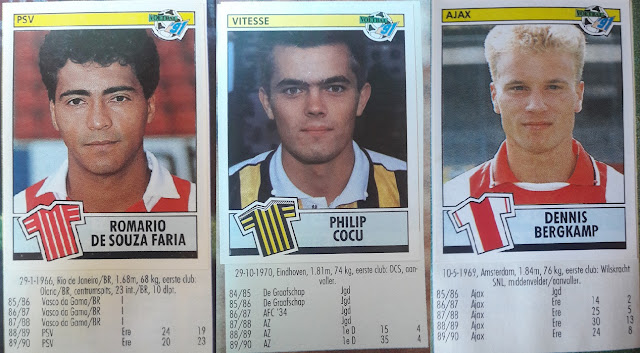 Stickers and careers of Romario, Cocu and Bergkamp 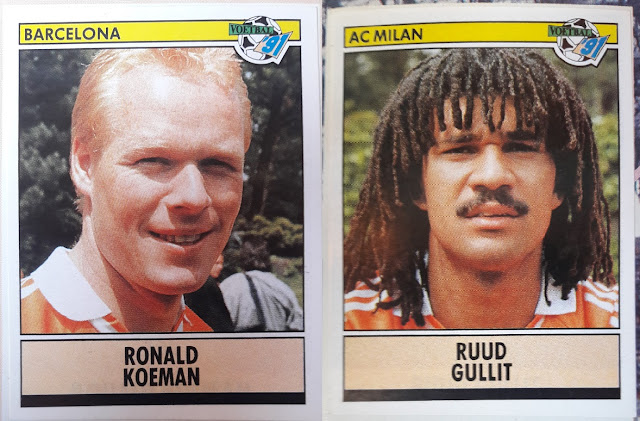 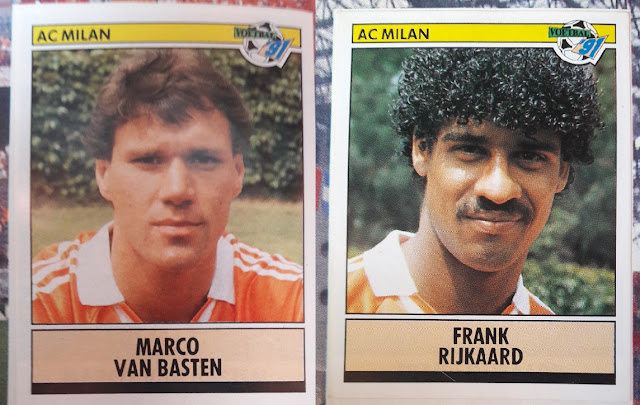