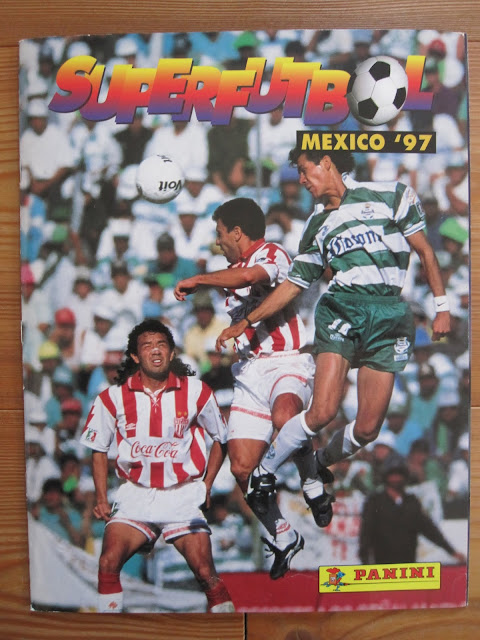 The album Superfutbol '97 is the first Panini album of the Mexican football. It is a simple collection that includes a selection of the best players of the Mexican league for the season 1996/1997. The players in the album are not divided as usual per team, but per position on the field. There are six categories: goalkeepers, lateral defenders, central defenders, defensive midfielders, offensive midfielders, and forwards. There are in total only 120 stickers of players with no shiny or metallic stickers. It is indeed a very poor collection, but it includes some famous International football stars playing in Mexico at that time. We can mention Leonel Alvarez (Colombia), Schuster (Germany), the Spanish "Michel", Bakero and Butragueno. Panini will be back to Mexico only ten years later with a very much improved collection Superfutbol 2007, including all the Mexican Premier League and five European clubs (Barcelona, Milan, Manchester Utd, PSV, and Stuttgart). 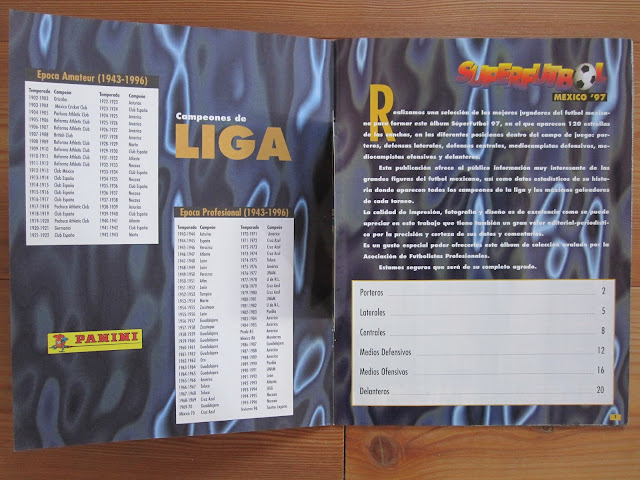 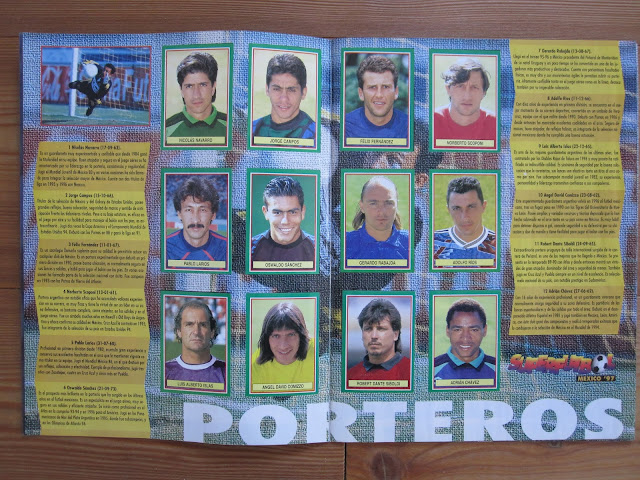 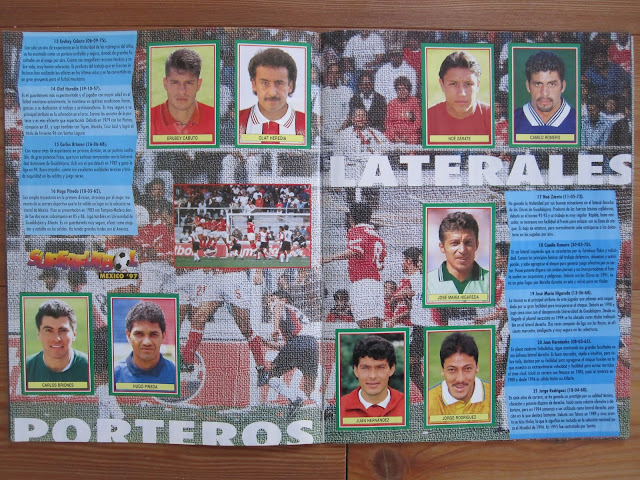 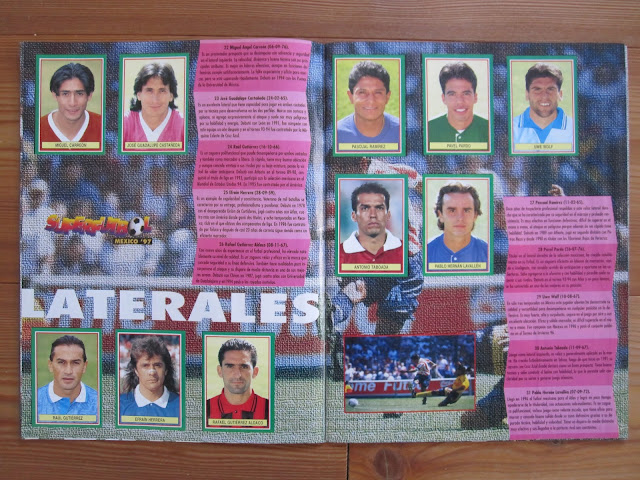 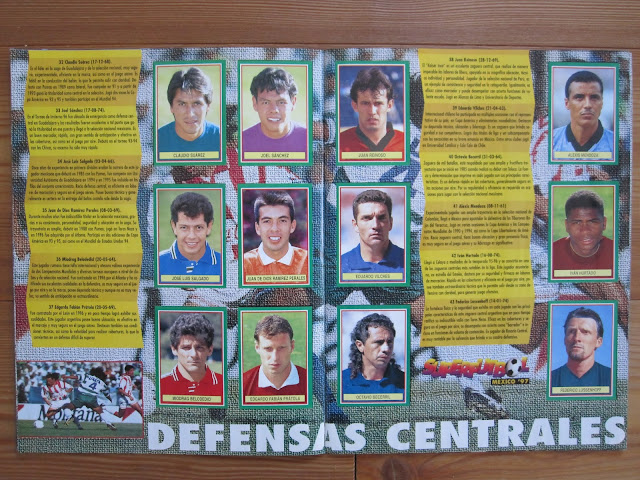 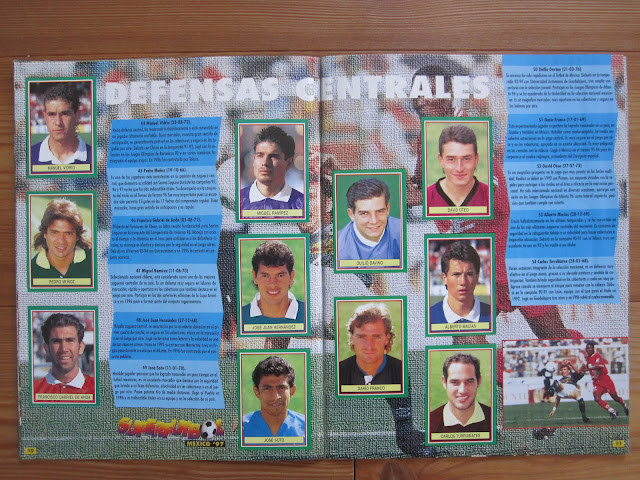 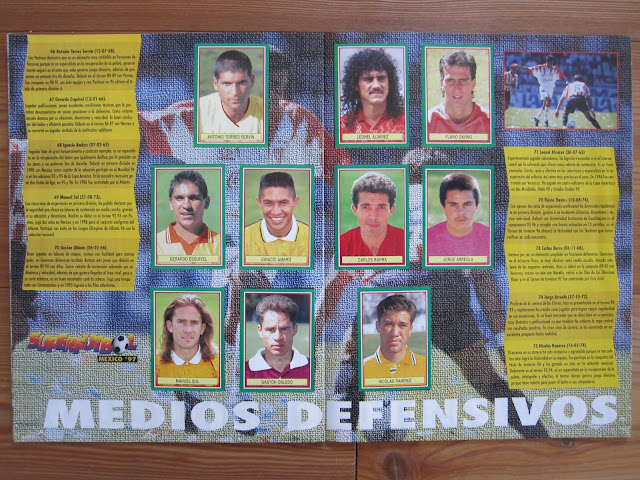 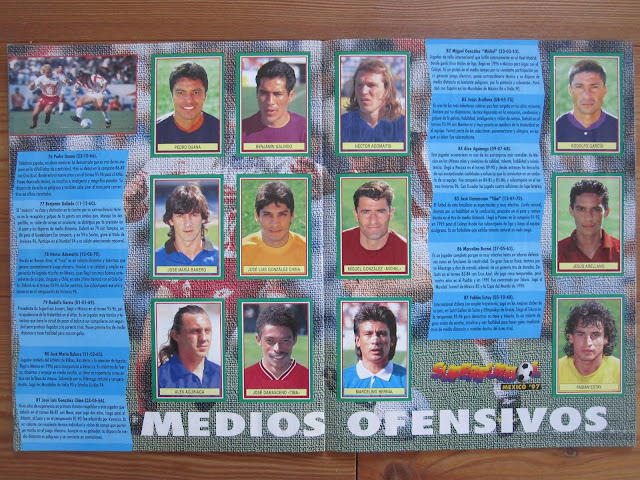 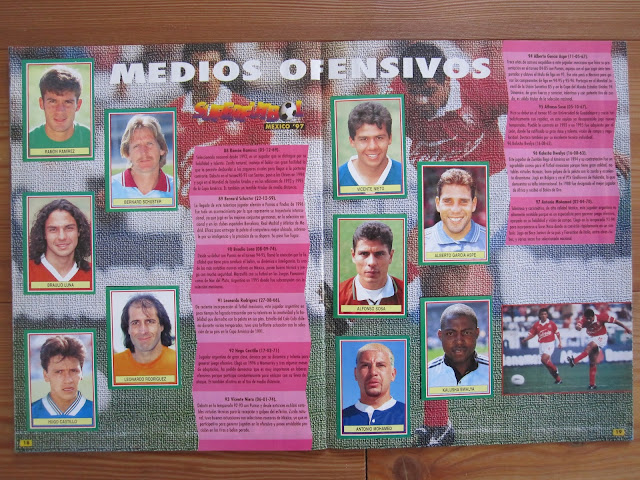 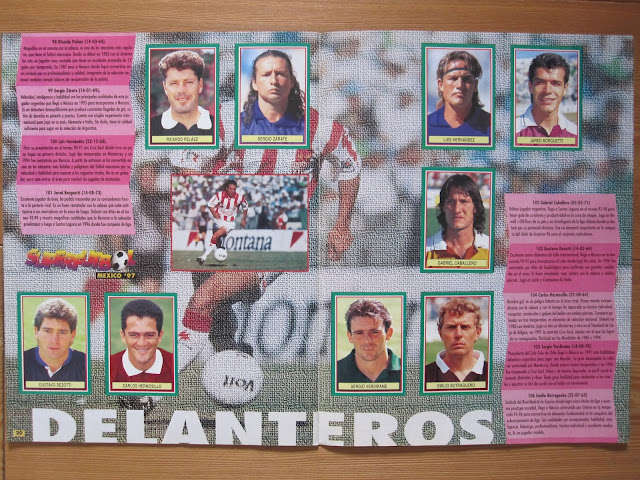 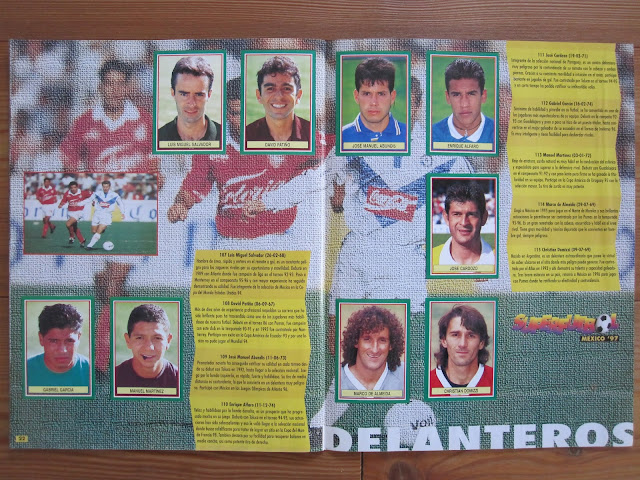 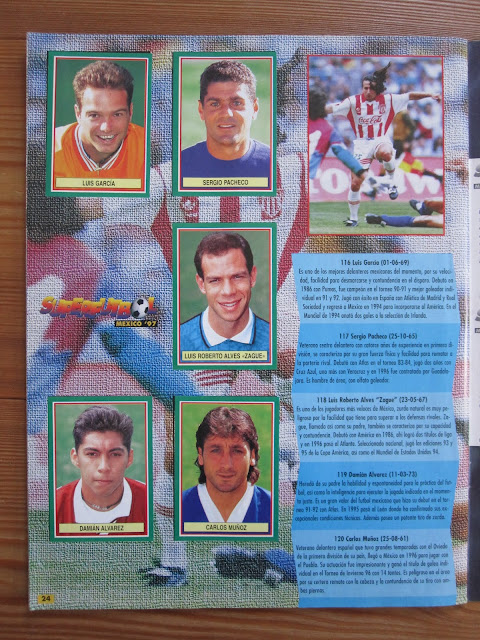 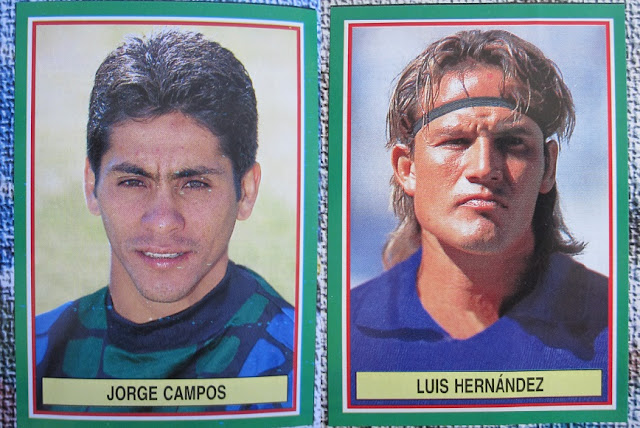 Jorge Campos and Luis Hernandez were the Mexican heroes at the World Cup France 1998. In 1997 they played for Cruz Azul and Necaxa, respectively. 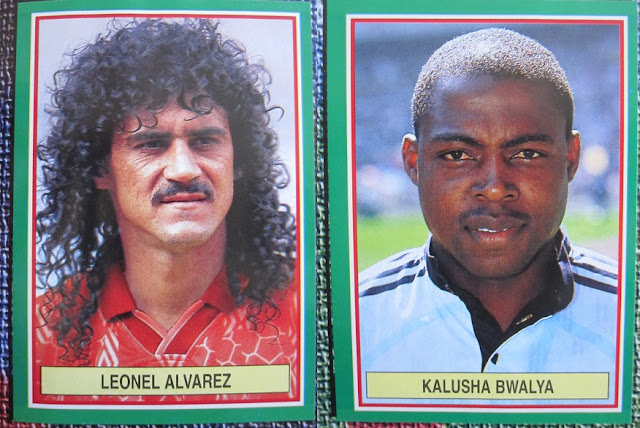 International players of the Mexican league 1996/97: the Colombian Leonel Alvarez (Veracruz) and the Zambian Bwalya (América). Bwalya was named African Footballer of the Year in 1988, with a famous hat-trick against Italy at the Olympic Games 1988. 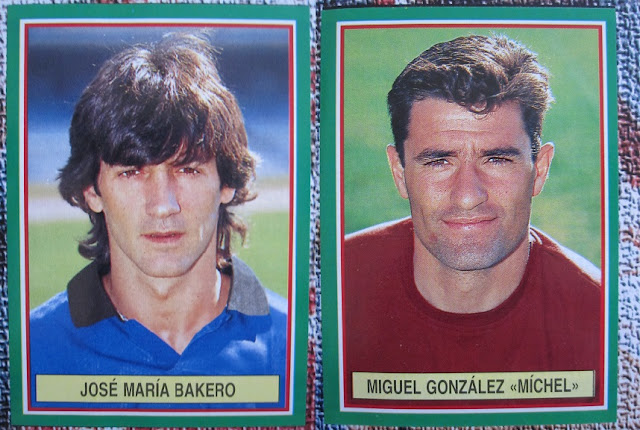 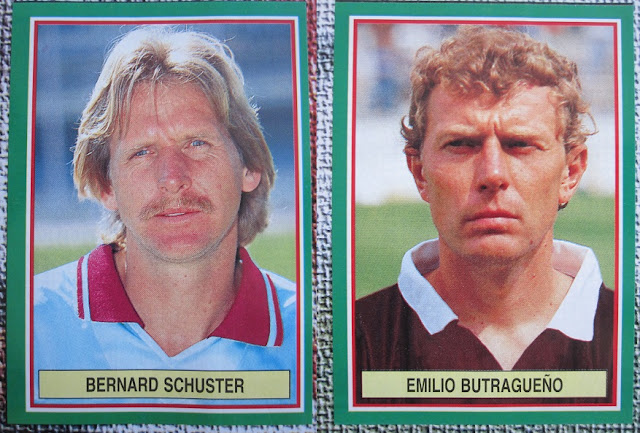 Two famous football stars of the Mexican league 1996/97: the German Bernard Schuster (Pumas) played for Barcelona and Real Madrid. The Spanish Emilio Butragueno spent all his career at Real Madrid, except three years (1995-1998) at Celaya in Mexico. 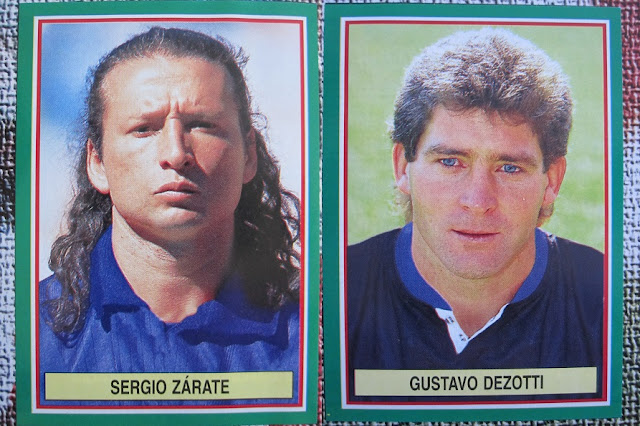 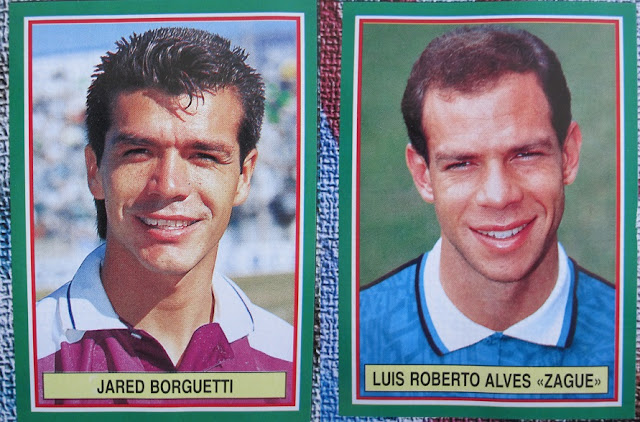