There are two sticker albums of the Bolivian league released by Panini. The official name of the competition was "Copa Entel Ramiro Mendez", that's why albums are named "Copa Entel". They include the 12 clubs of the league:
Here below pictures of the packets from my collection: 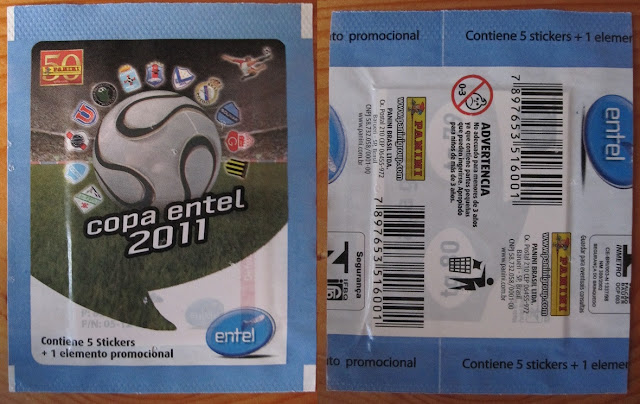 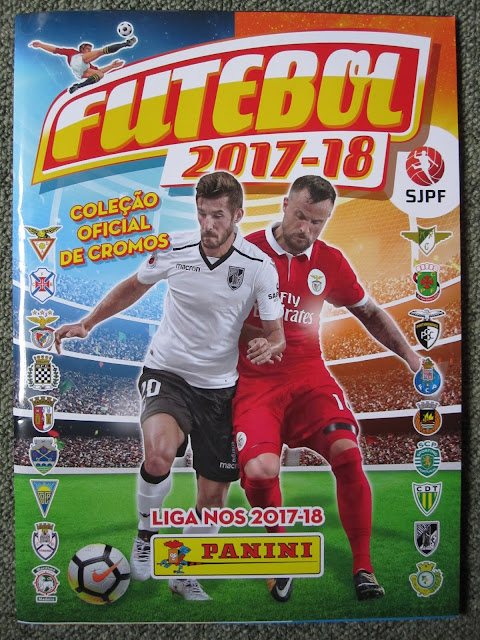 The official collection of the Portuguese football released by Panini for the season 2017/18 features a large size album and stickers in accordance to the previous season.
The badges of the 18 competing clubs of the Liga Nos are collected in a section at the beginning of the album. These are special metallic stickers.
Then the clubs are shown in alphabetical order, each including 17 stickers of players on two pages. 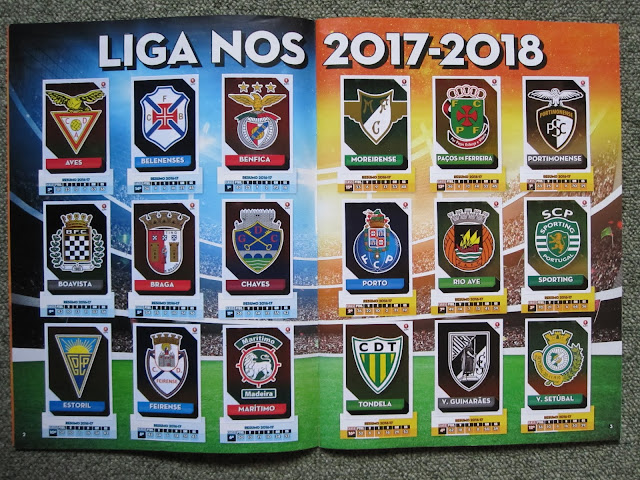 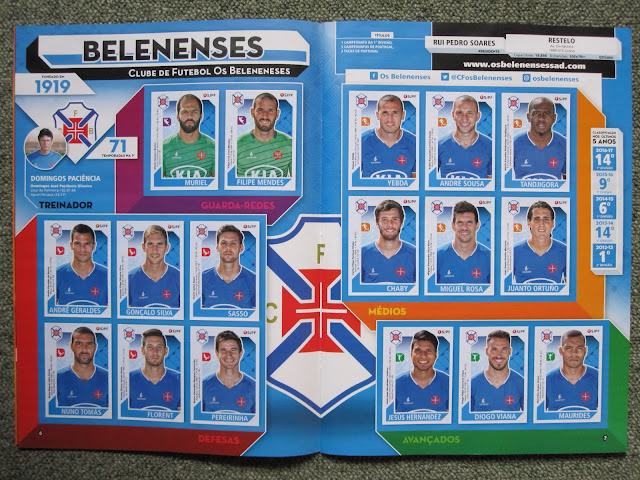 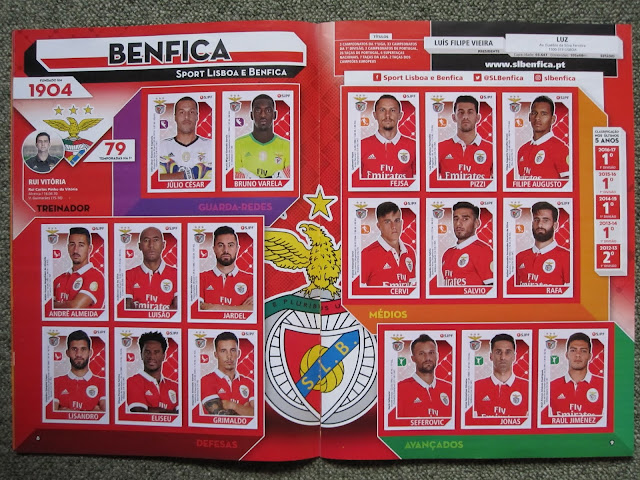 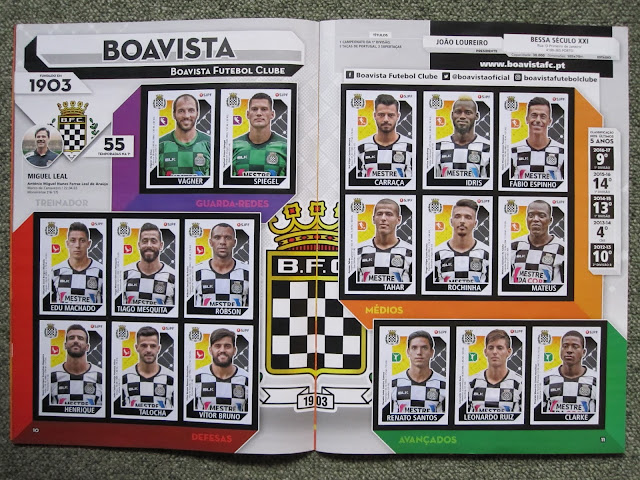 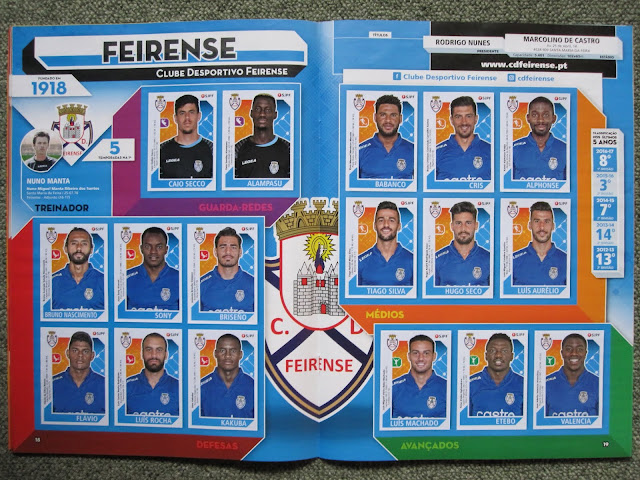 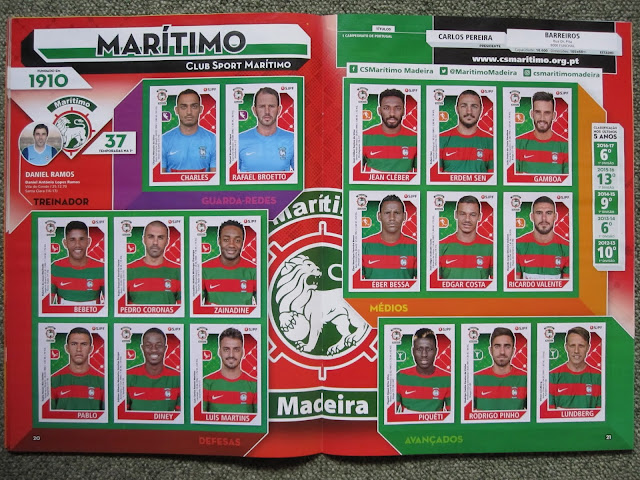 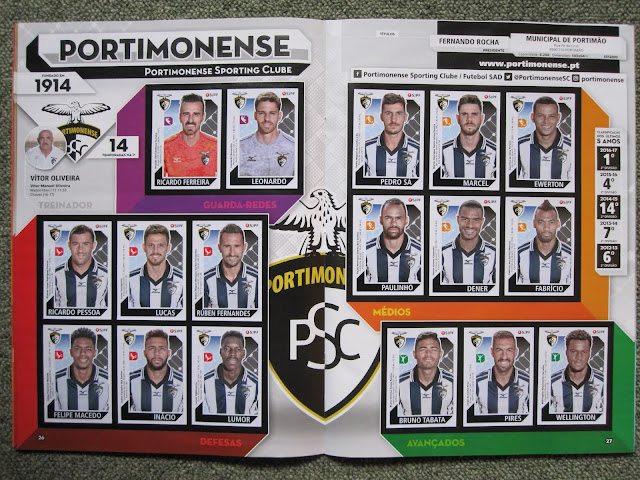 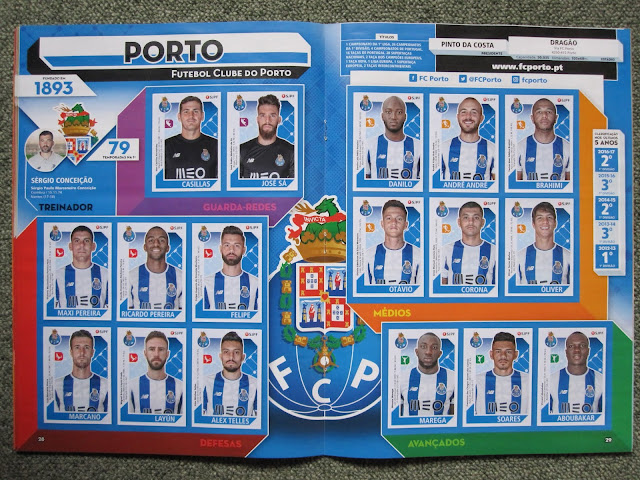 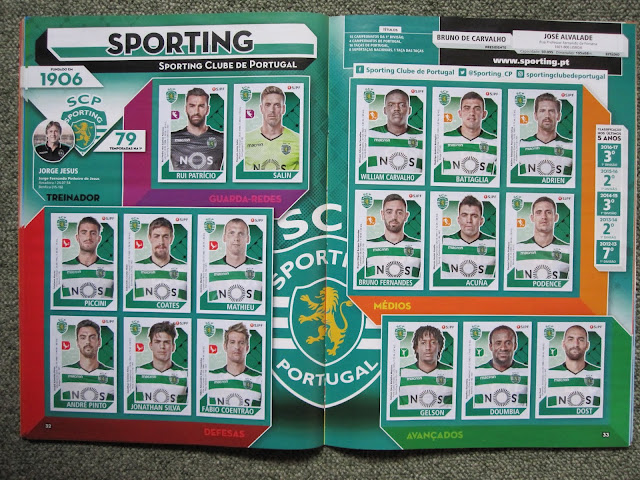 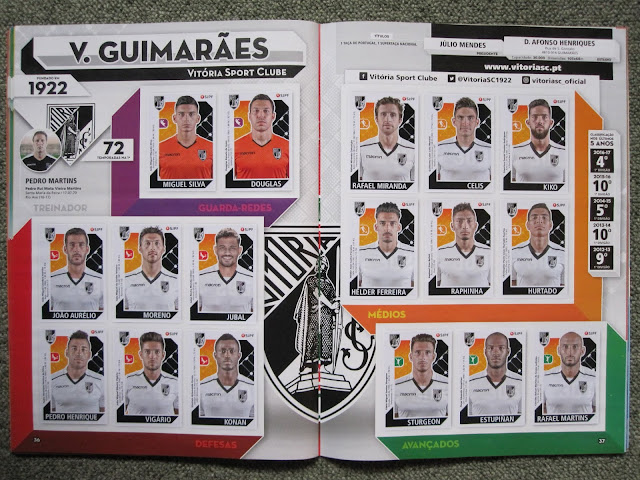 The last part of the album includes several sections with special stickers.
"Top Aquisiçoes" includes 18 metallic stickers of players in actions that are new acquisitions for the season, like Bruno Fernandes for Sporting or Marega for Porto.
"Portugal Top Stars" includes 26 stickers of the best Portuguese players around the world. Here we find the stickers of Cristiano Ronaldo, Bernardo Silva, Nelson Semedo, Rafael Guerreiro. These stickers have a fancy shining effect.
Last section of the album ("Ultimas Aquisiçoes") includes 27 stickers of players transferred during the season, like Gabriel Barbosa from Inter to Benfica.
In the collection there are also three extra stickers (Cromo-bis) of Benny, Lucas Cavalcante and Petrovic in substitution of three players (Juanto Ortuno, Diakhité and Adrien) that left the club during the season. 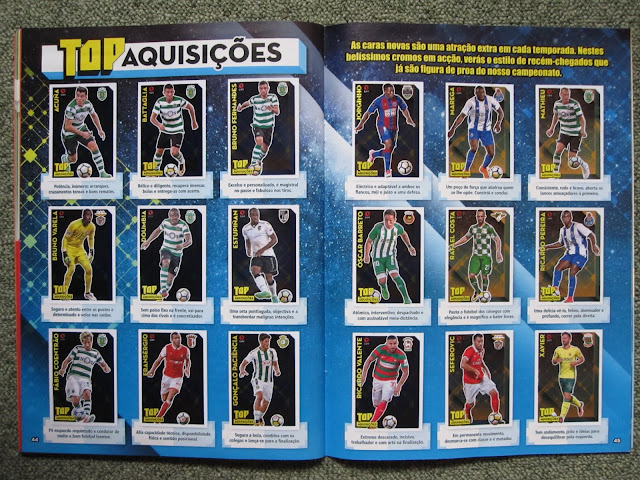 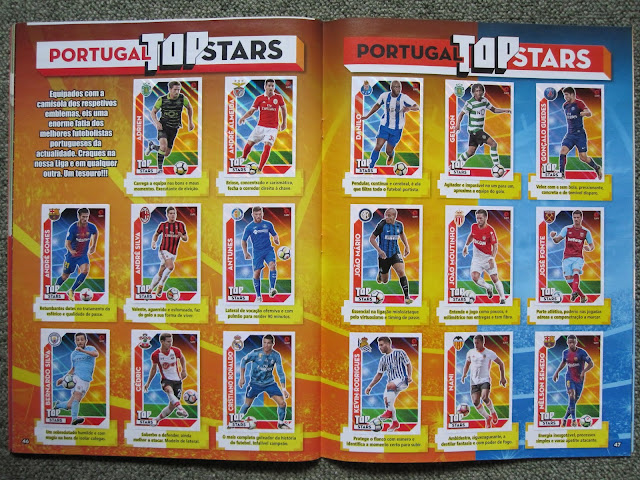 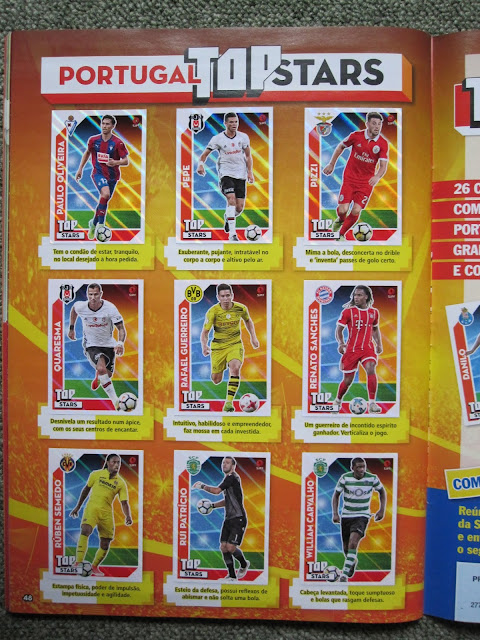 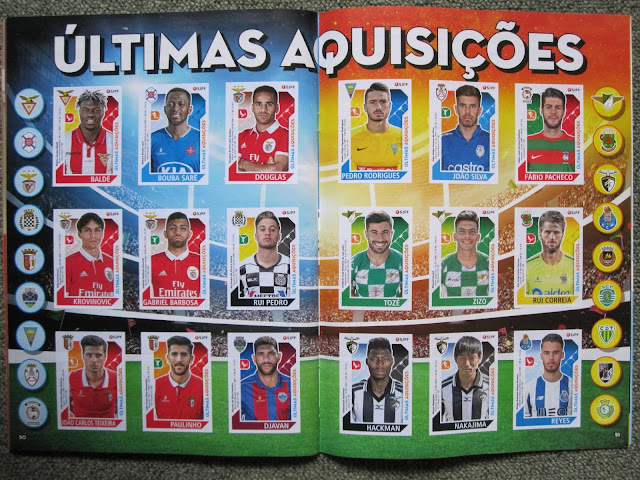 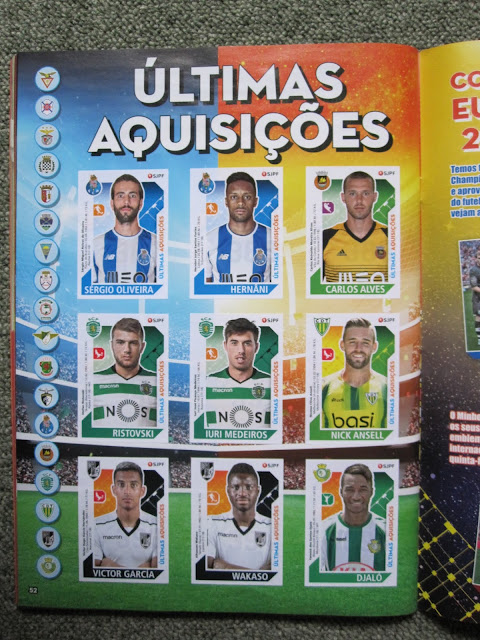 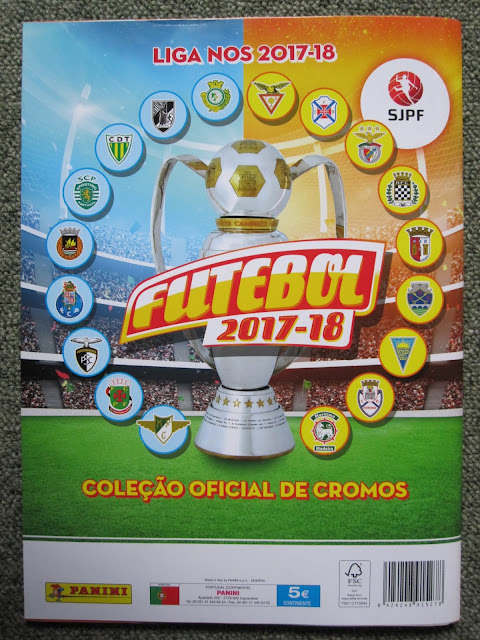 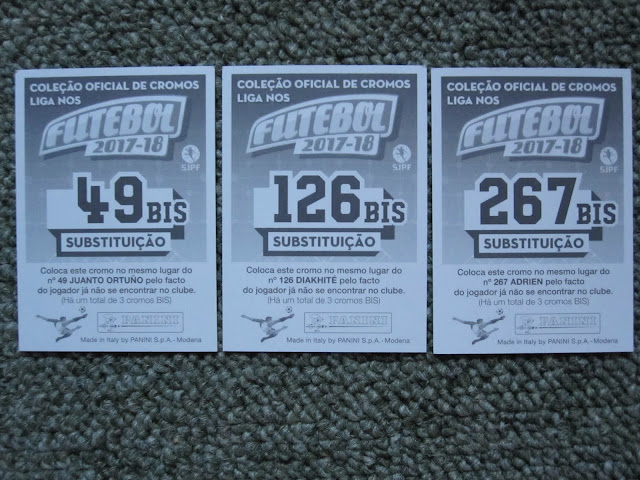 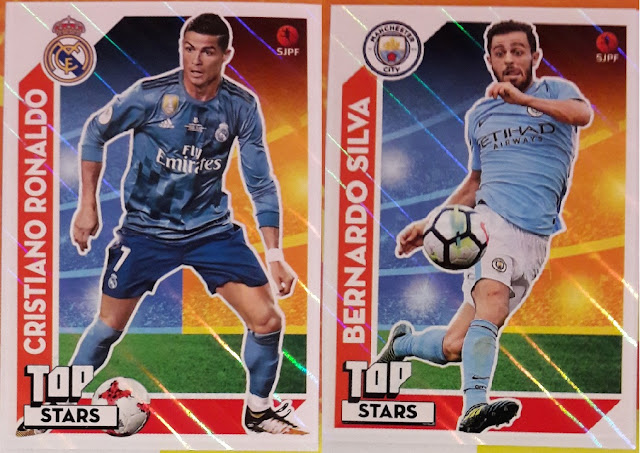 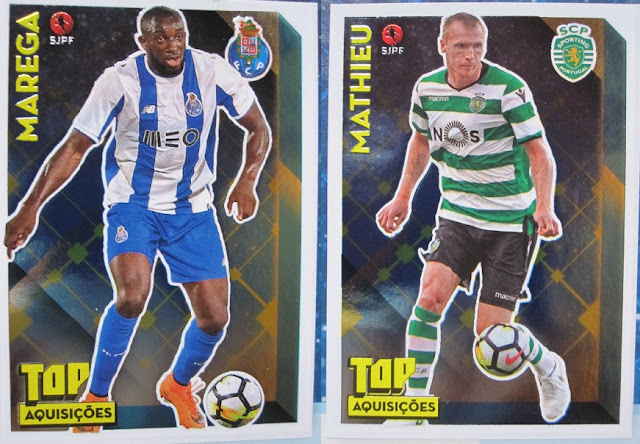