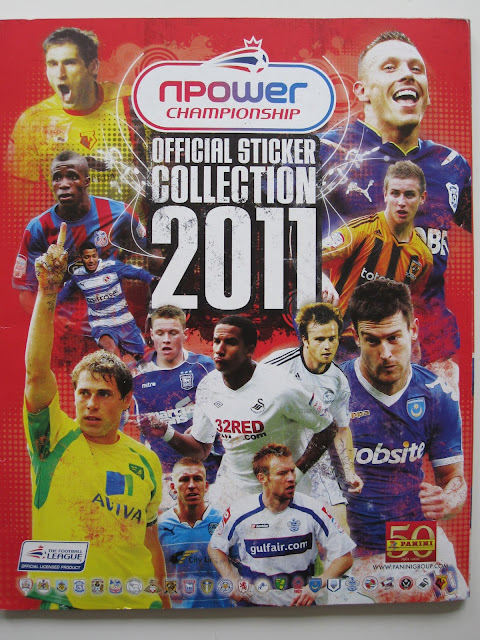 This Panini album is the official sticker collection of the English Championship (the second division) of the season 2011. Npower was the sponsor of that tournament. The competition hosts also teams from Wales (like Cardiff and Swansea).
It is a large tournament, with 24 teams competing for three positions in Premier League.
Opening the album, on the left there is the index of all the teams and on the right page the first two stickers: the Npower Championship Cup and the celebrative sticker for the 50 years of Panini (both are gold shining stickers).
The teams of Npower Championship 2011 are: Bransley, Bristol City, Burnley, Cardiff City, Coventry City, Crystal Palace, Derby County, Doncaster Rovers, Hull City, Ipswich Town, Leeds United, Leicester City, Middlesbrough, Millwall, Norwich City, Nottingham Forest, Portsmouth, Preston North End, Queens Park Rangers, Reading, Scunthorpe United, Sheffield United, Swansea City, Watford. 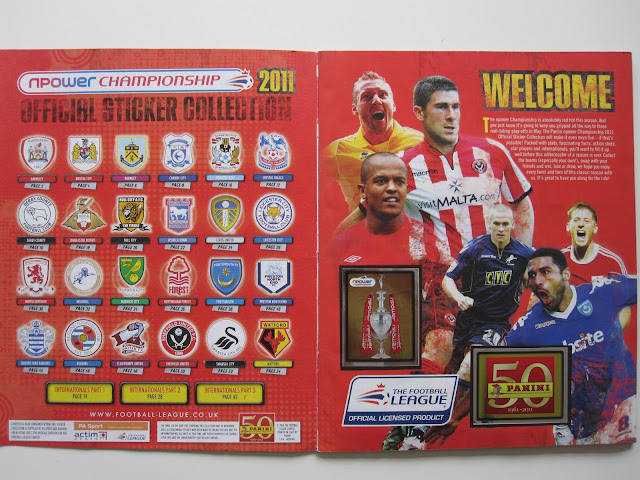 The winner of the tournament was Queens Park Rangers (88 points) in front of Norwich City (84 points). The third team promoted to the Premier League was Swansea City, after the playoffs round.
Teams are showed in alphabetical order and each team is placed on two pages. There are 3 special stickers for each team: the team logo and two star players (shining silver stickers). Then there is one sticker for the team kit (home/away) and for the squad and two stickers to compose the team captain. Teams are composed by 16 players with 8 portrait stickers (2 players per sticker). 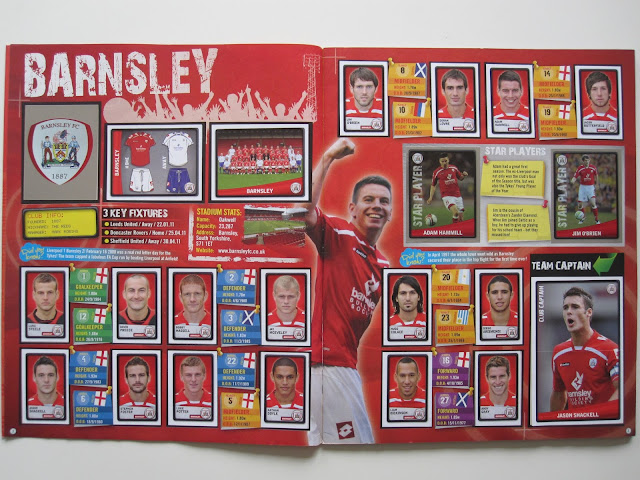 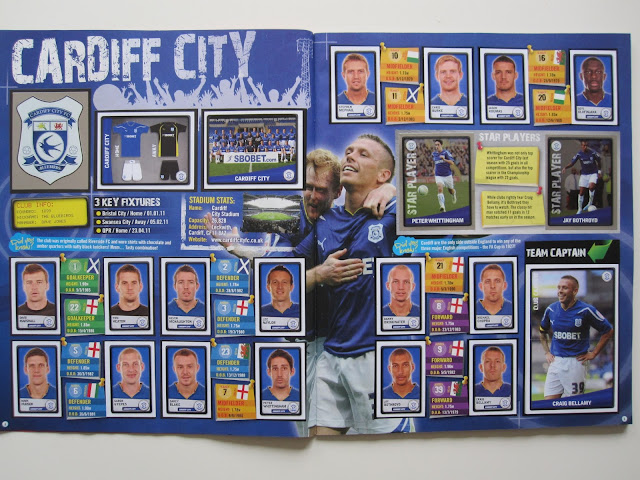 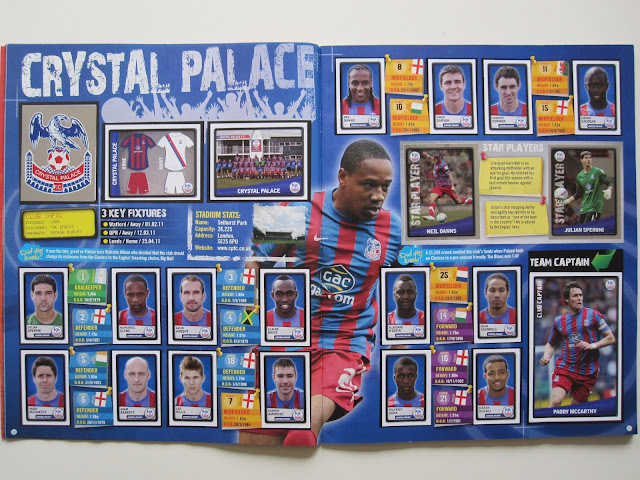 Crystal Palace shows a very young talent: Wilfried Zaha (born 1992). We will hear from him!


The album has a special section on Internationals, divided in three parts for a total of 24 stickers  (one per team). Also players from Wales and Scotland are considered internationals. 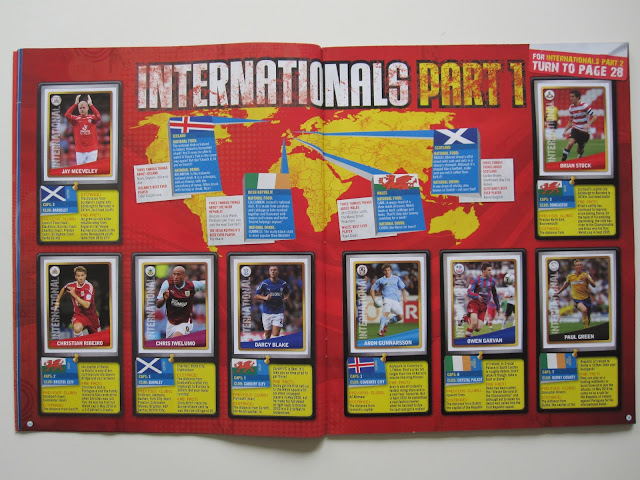 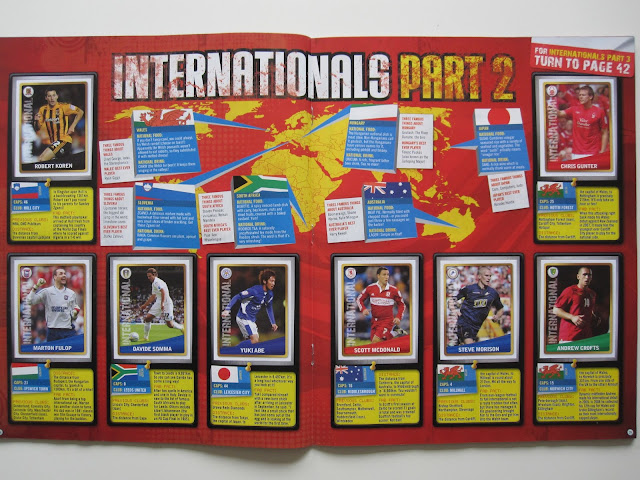 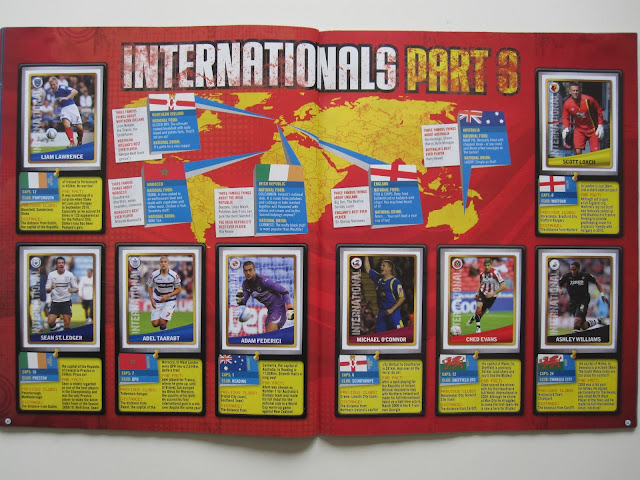 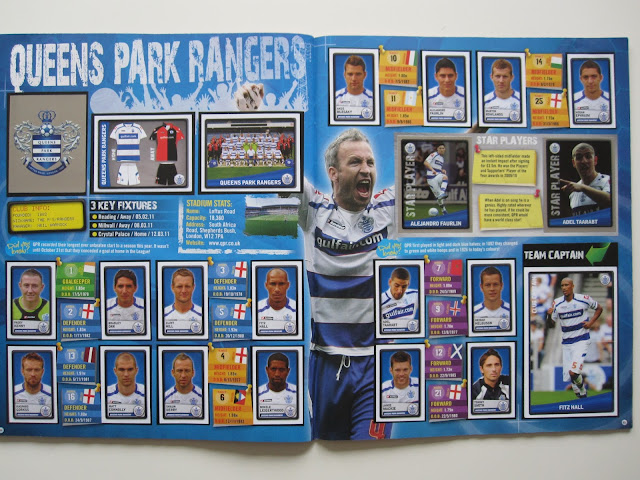 QPR won the Championship with great contribution of Adel Taarabt 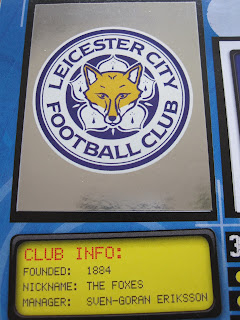 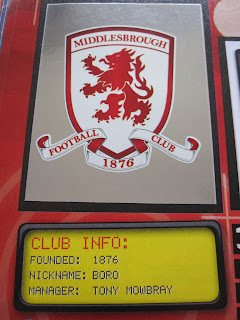 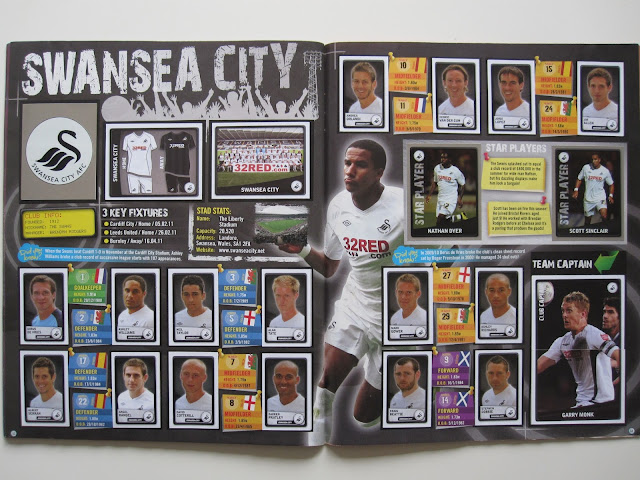 For Swansea third place and promotion to Premier League 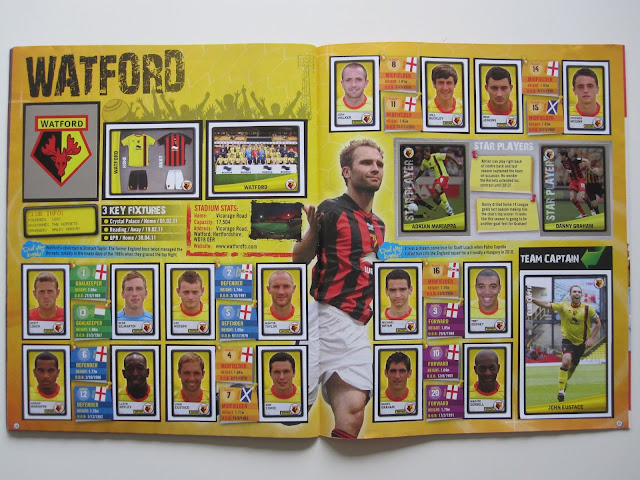