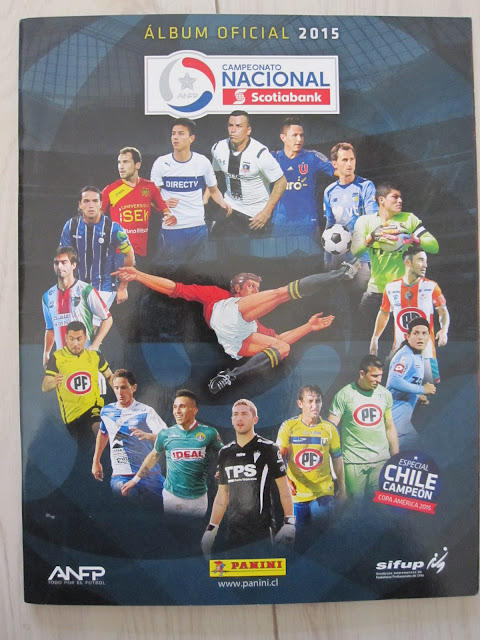 Campeonato Nacional Scotiabank 2015 is the official sticker album of the Chilean League. Panini is publishing this collection since 2011. This album is therefore the 5th edition and it includes a special section dedicated to the National team of Chile that won the Copa America 2015. The format of the album has changed: stickers of badges and players are composed by two parts, one to be glued in the album and the other on a separate poster that includes the overview of all the teams. The same format has been previously used by Panini for the album Ekstraklasa 2015. The tournament Apertura 2015 has been won by Colo Colo (33 points) with just one point more than Universidad Catolica.
The album begins with the calendar of the road to the World Cup 2018 and the first celebrating page "Chile Campeon Copa America 2015", which includes a big photo of the team raising the cup. The photo is composed by six shining stickers. Then the squad is shown with 23 shining stickers of the players displaced over three pages. Each sticker has both an action and portrait image of the player. The last page of this section is the road to the final. It includes 7 shining action stickers of the Copa America Tournament that saw Chile winning in the final against Argentina at penalties. 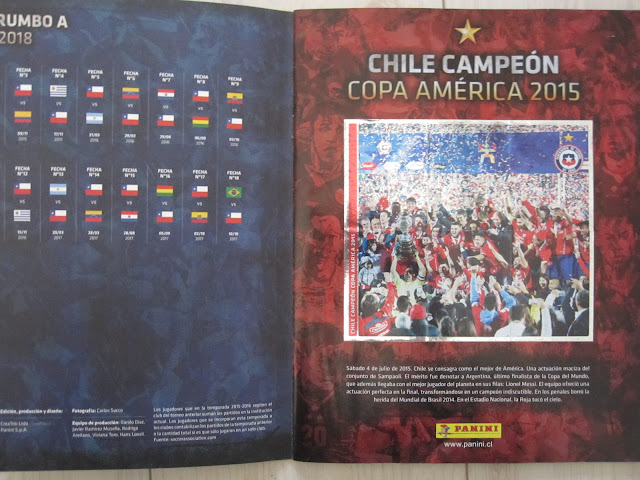 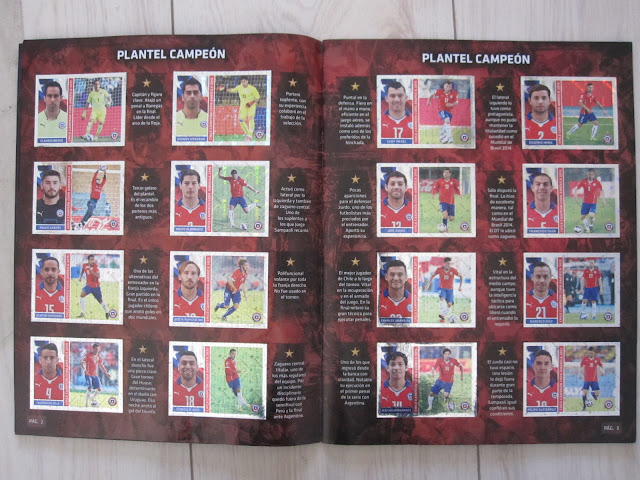 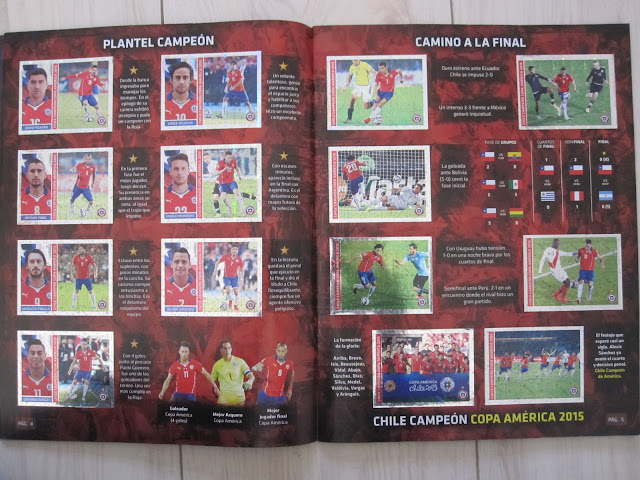 The album continues with the "Records of the Season 2014-2015": 18 action stickers over two pages with the most remarkable players of the season. Here we find for example the top scorer Esteban Paredes (23 goals) or Christian Vilches with the most number of passes in the season (1945). 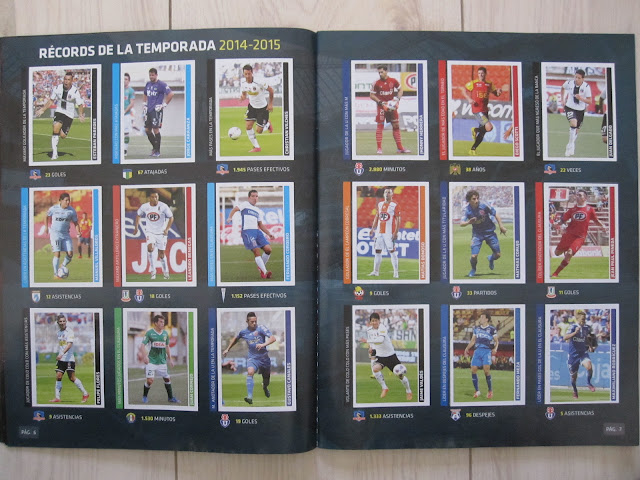 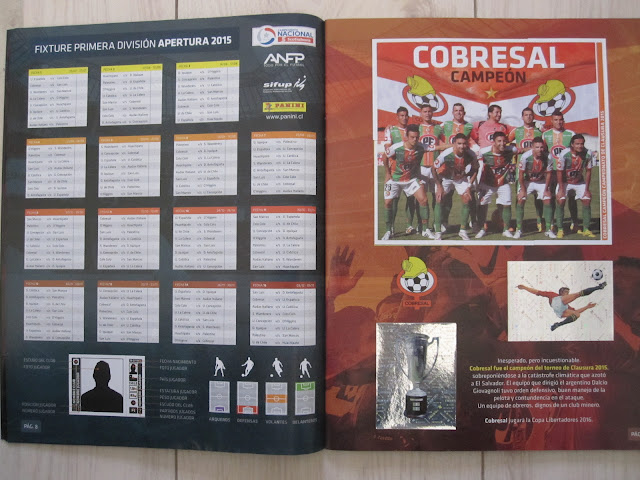 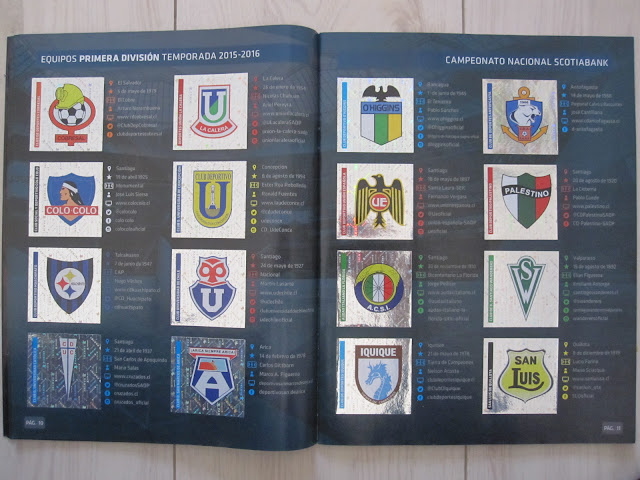 Each team of Primera division is displaced over two pages with a total of 18 player stickers. The main 11 players are displaced following the tactics of the team (for example 4-3-3 for Cobresal or 4-4-2 for U. de Concepcion), whereas the 7 substitutes are placed on the right side. As mention before, each player sticker has two parts: the player potrait to stick in the album and the player details to be glue on the poster. 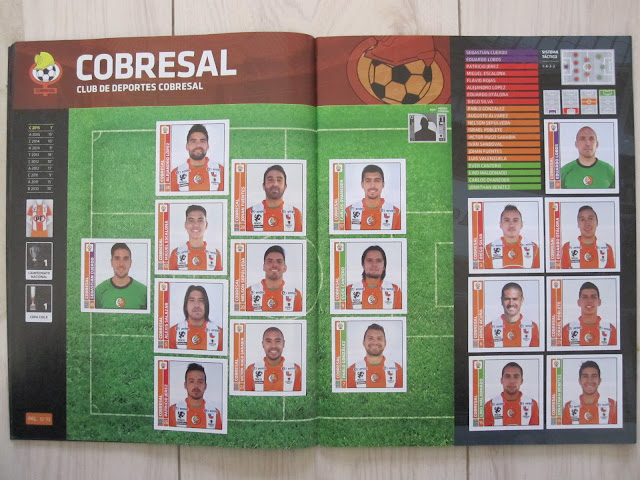 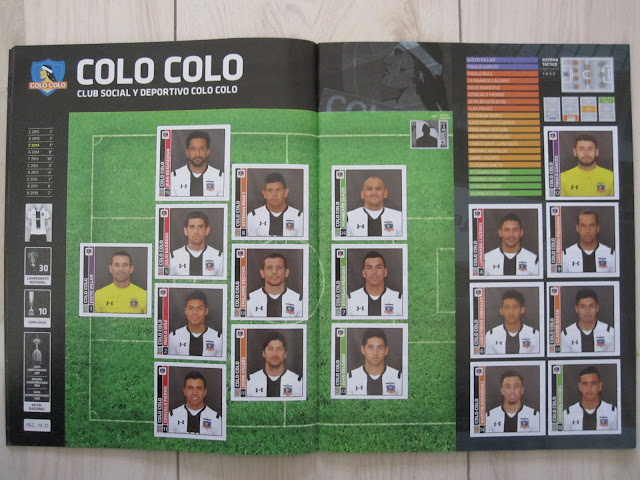 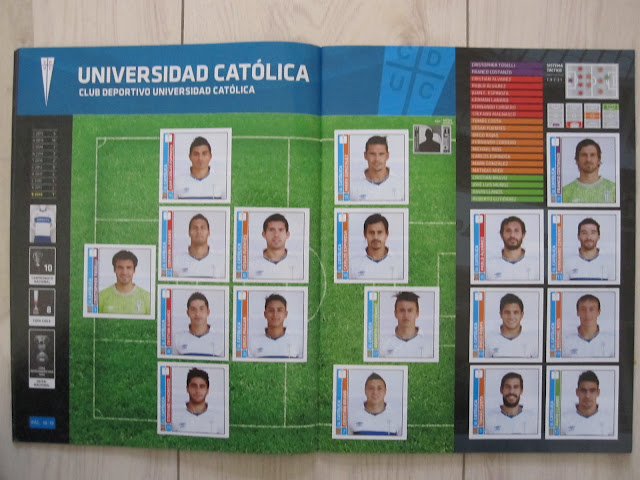 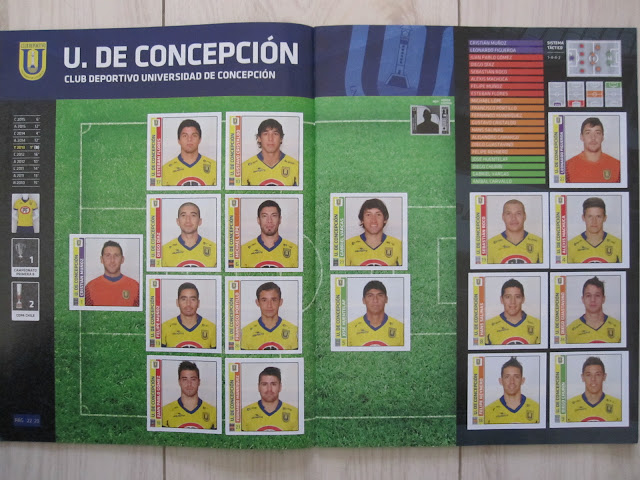 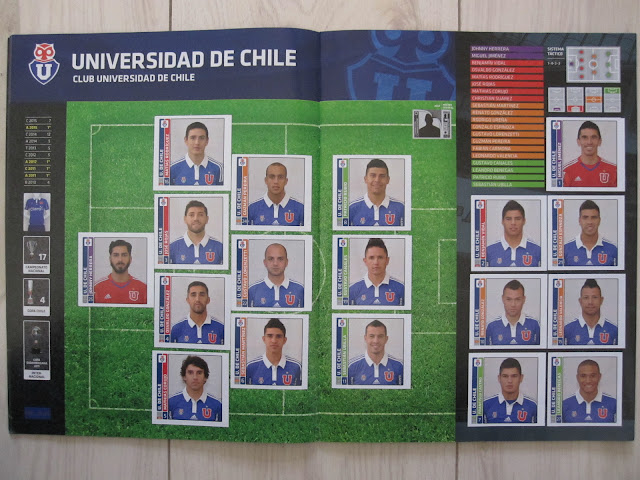 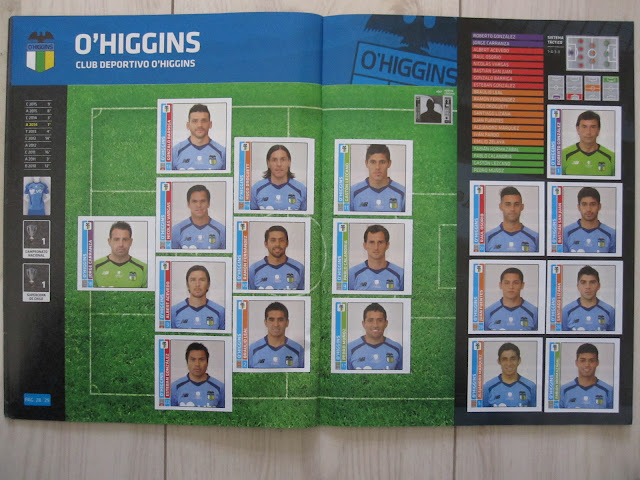 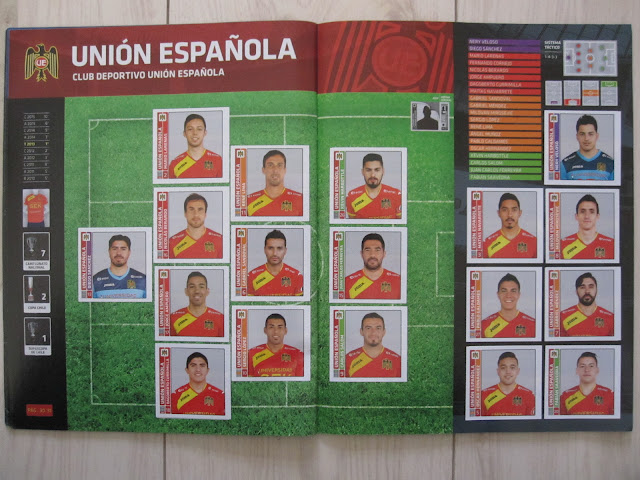 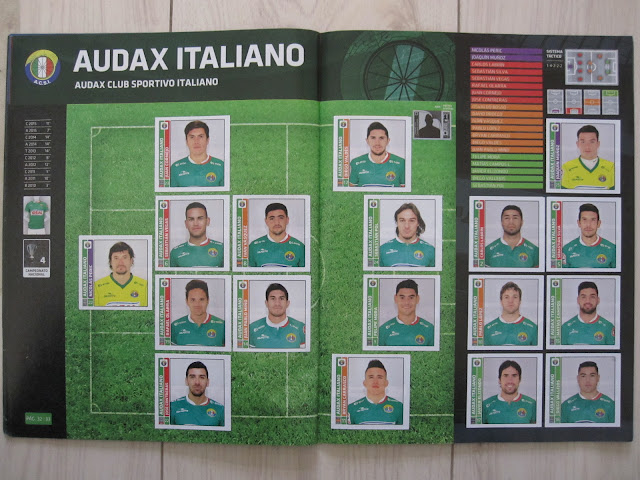 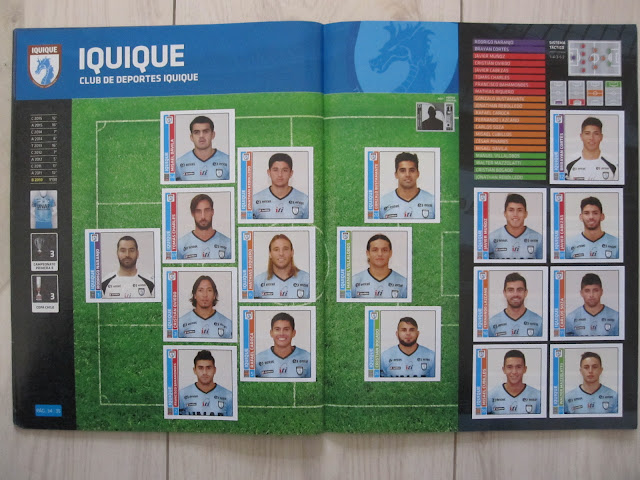 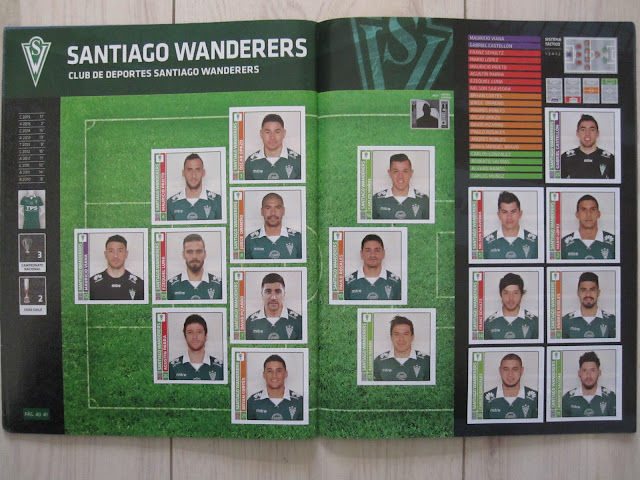 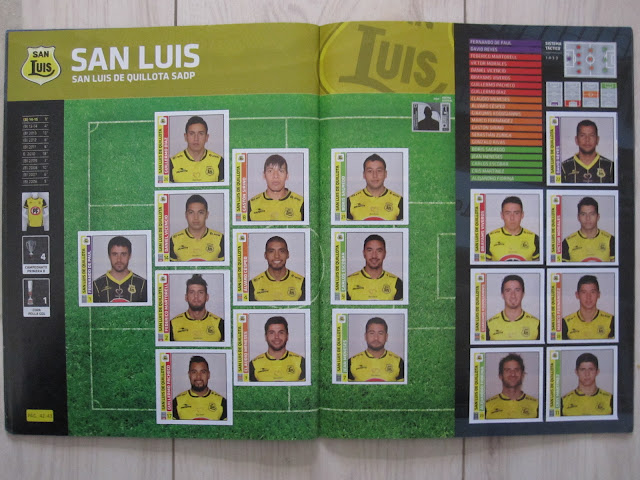 The section of the second league (Primera B) includes only the club badges of the 16 teams. It is a nice overview with 16 shining stickers displaced over two pages. 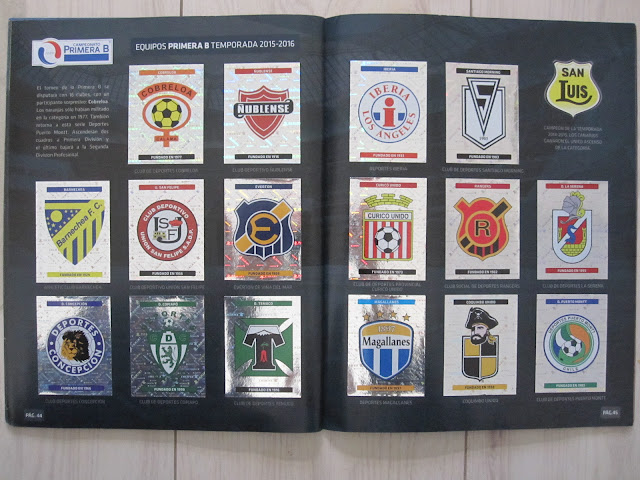 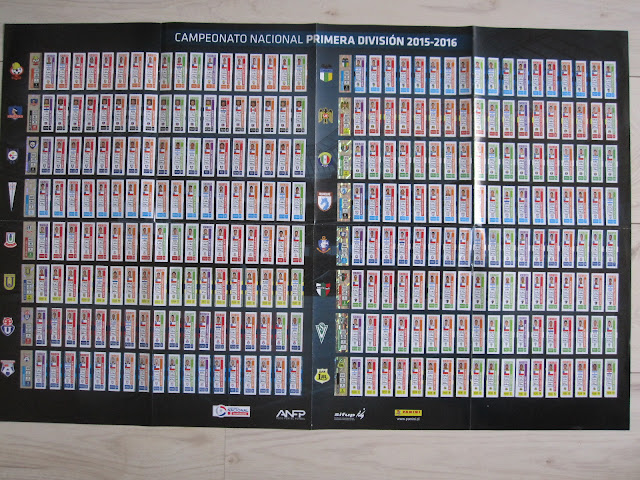 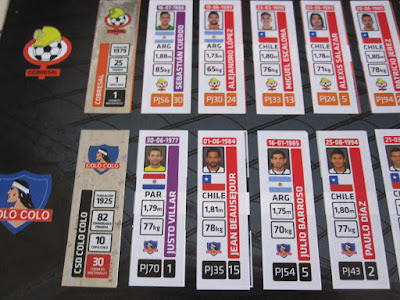 A detail of the poster, mini stickers of badges are shining 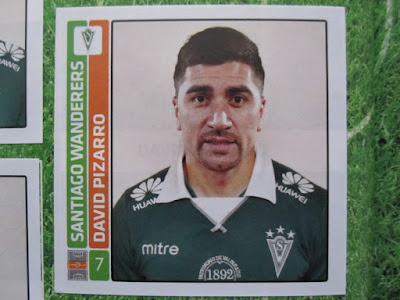 David Pizarro (ex Inter and Roma) is back to Chile,
defending the colors of Santiago Wanderers