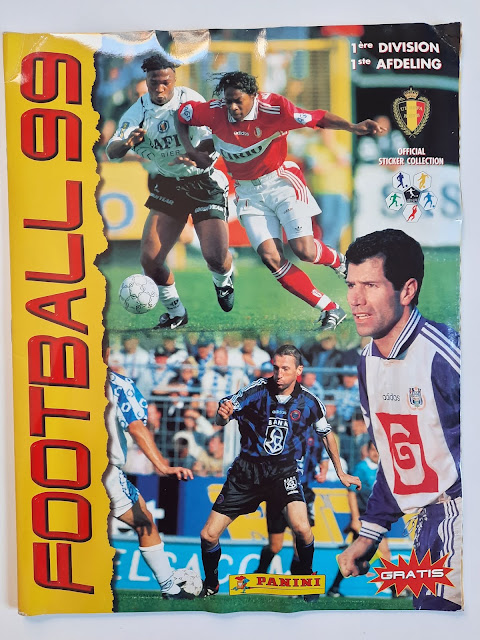 Football 99 is the official sticker collection of the Belgian league for the season 1998/1999. This year the collection includes only the 1st Division. The album begins with the calendar of the season and one page dedicated to the revelations of the previous season, with six stickers of the best performing players. Before showing the competing teams, there is an overview of all the club stadiums, with a two-page including 18 stadium stickers. The 18 clubs of 1st Division are then shown in alphabetical order with 19 stickers over two pages: the team photo (two stickers), the club badge (shiny sticker), the coach, and 15 players. After the clubs, the album ends with one last section called Oogwenk aan de voetbalsterren (wink to the football stars). Here we find 12 stickers of player caricatures of the main stars of the league (Enzo Scifo, Mbo Mpenza, etc.).
Racing Genk became champions of the 1998/1999 Belgian league with 73 points. Second place for Club Brugge (71 points) and third for Anderlecht (70 points). The top goalscorer of the league was Jan Koller (24 goals), who played later on for Borussia Dortmund from 2001 to 2006. In the following, we show pictures of the empty album and complete loose set of stickers coming from a sealed factory album. 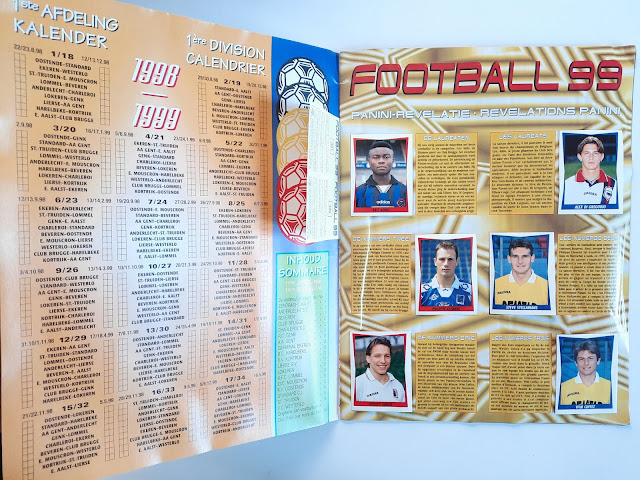 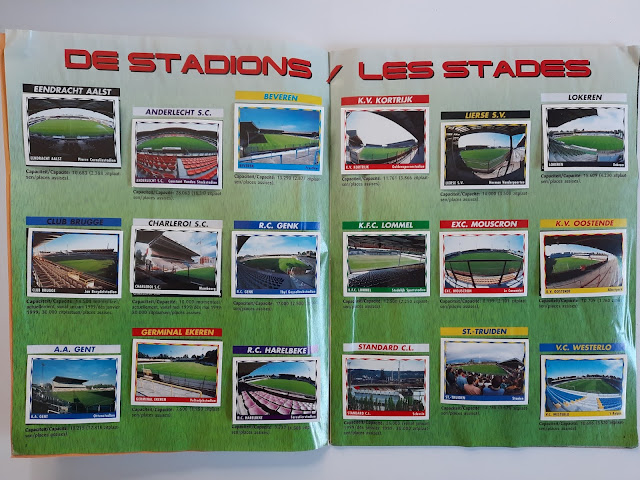 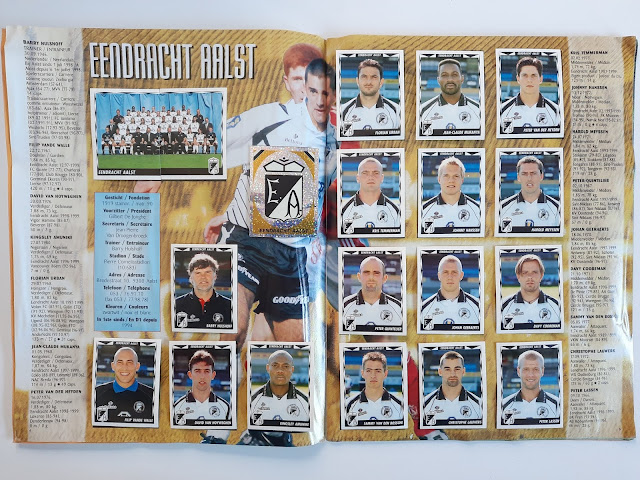 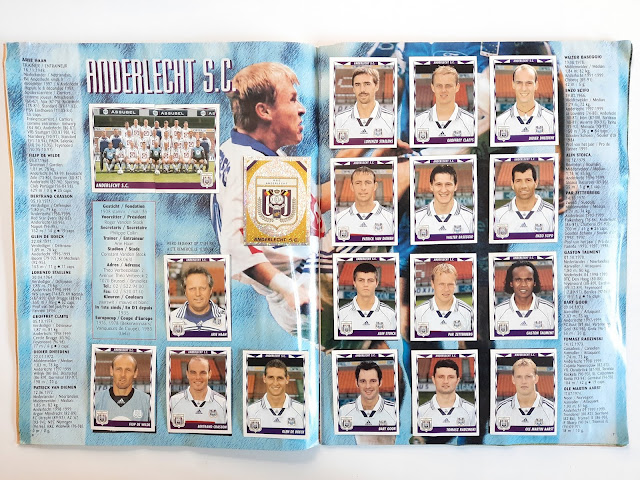 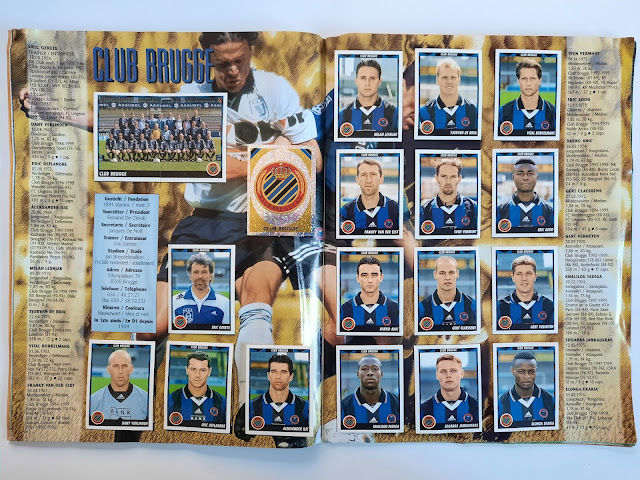 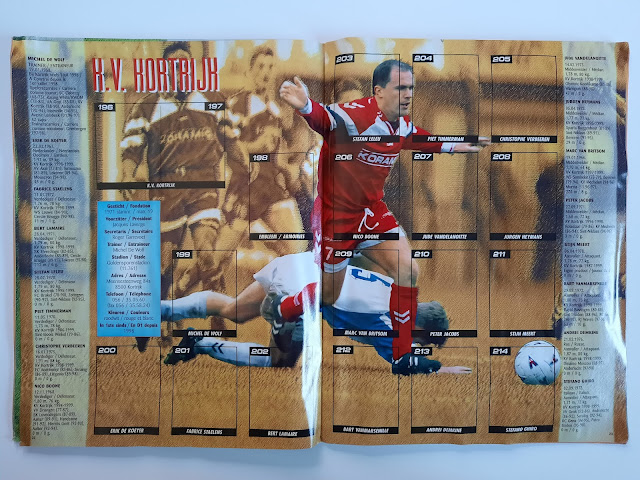 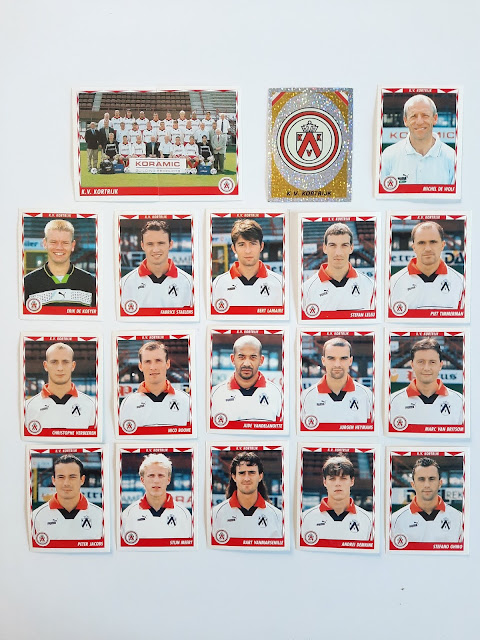 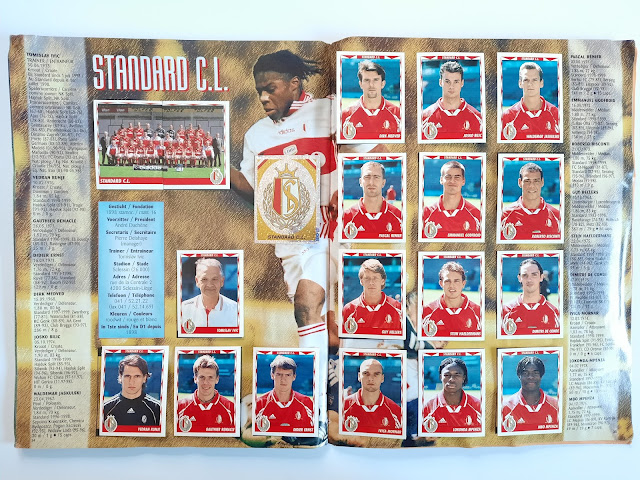 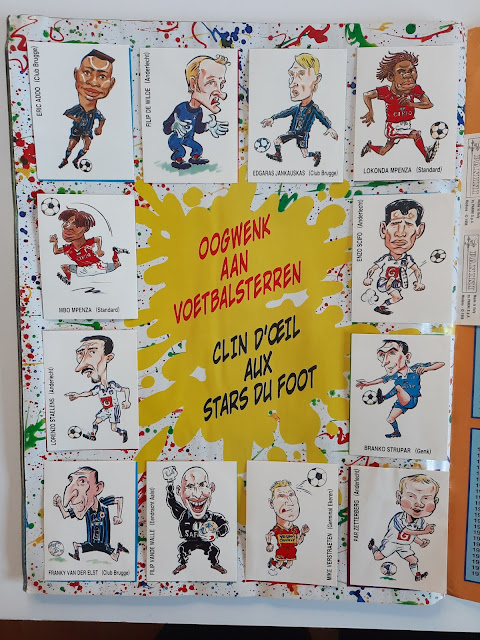 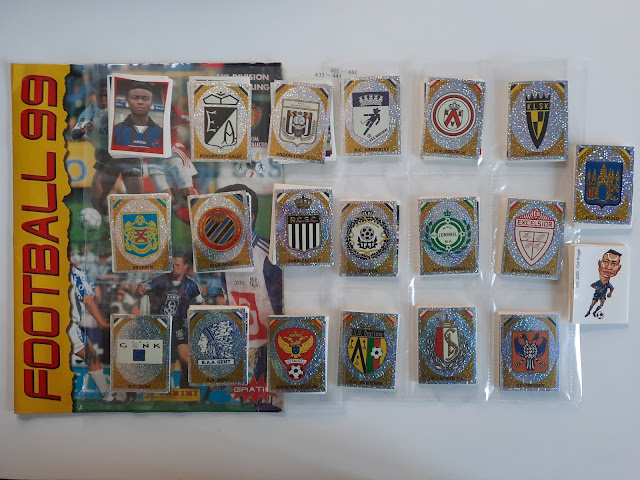 Album and complete set of stickers 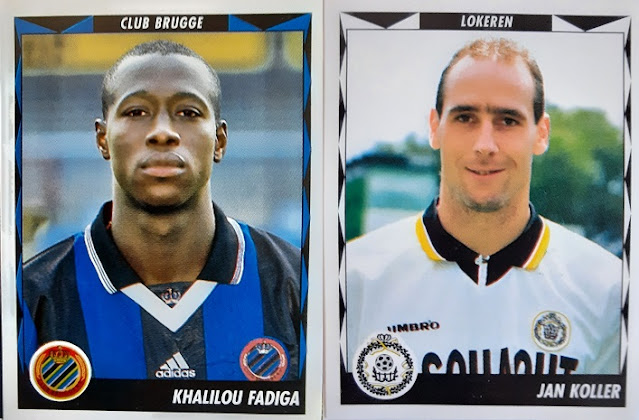 International players from Football 99: Fadiga (39 caps and 4 goals with Senegal) and the Czech striker Jan Koller (top scorer of the league with 24 goals) 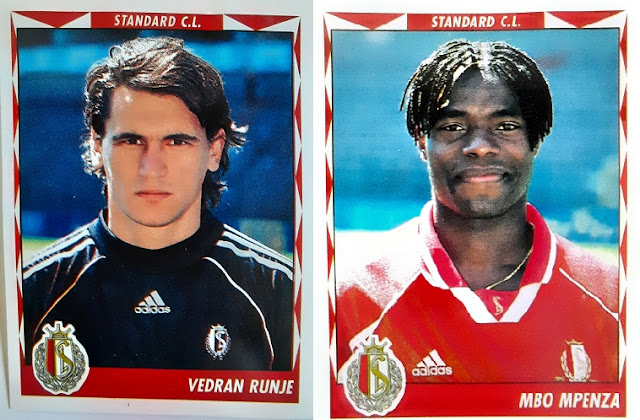 The Croatian goalkeeper Vedran Runje and the striker Mbo Mpenza 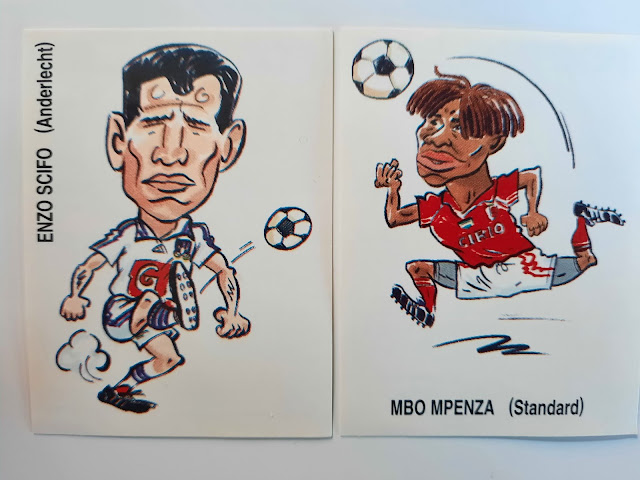