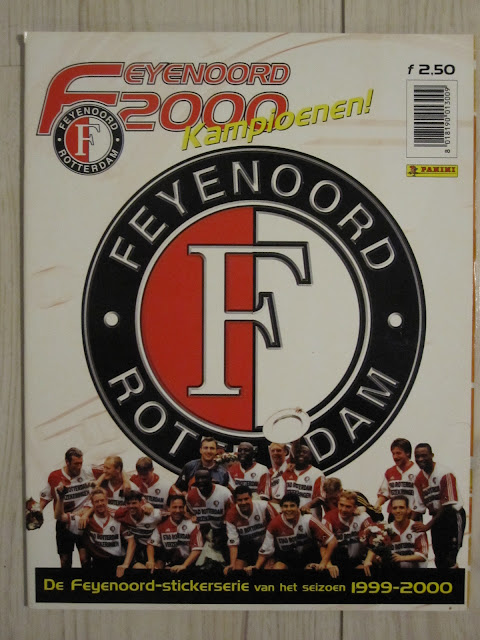 Panini Feyenoord 2000 is the sticker album dedicated to the Dutch club of Rotterdam for the season 1999/2000. Feyenoord won the title the previous season and were therefore champions of the Netherlands.

The album begins with a foreword that includes the first sticker, a shining club badge. The album continues with a tribute to the champions, a double page with seven stickers: a big celebrating photo (composed by four shining stickers), supporters photo (composed by two stickers) and the coach Leo Beenhakker (1 sticker). Then, the players of the squad are presented. Each of the main players has a double page with five stickers: one shining action sticker, one portrait, one action photo (composed by two sticker) and one everyday life sticker. The remaining players of the squad are represented by two stickers (except Samardzic with only one sticker). The last section of the album is about the home stadium De Kuip with a big aerial photo composed by four stickers, 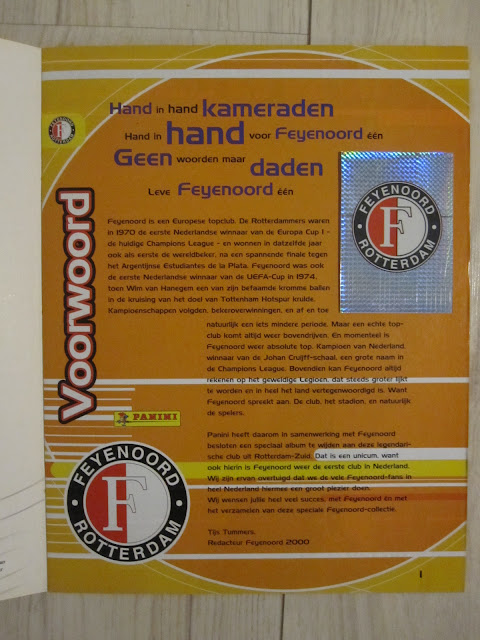 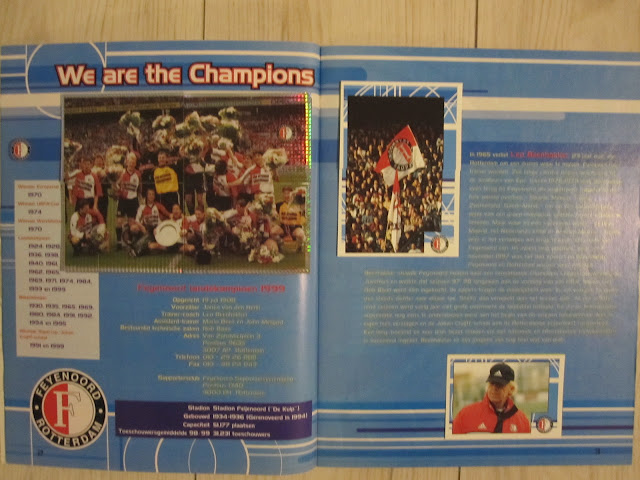 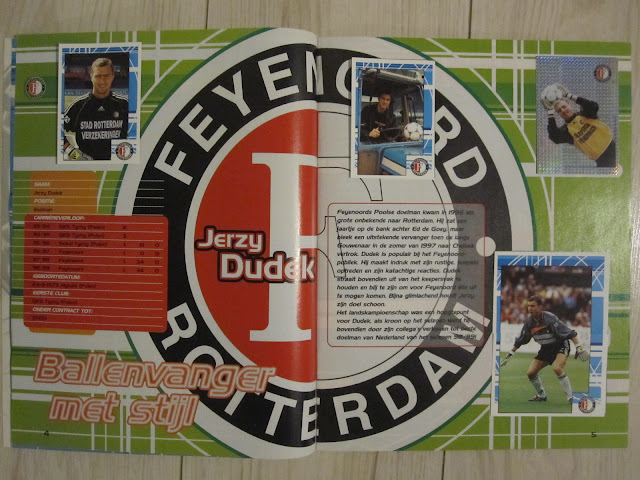 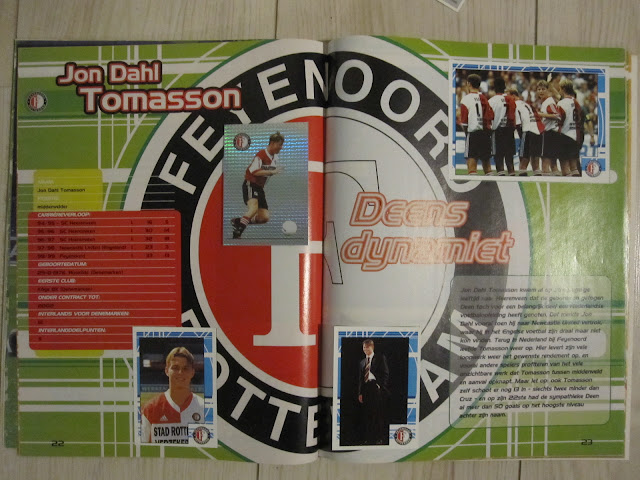 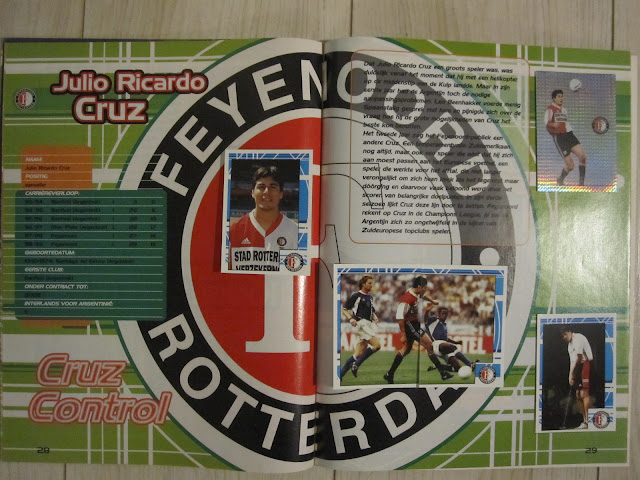 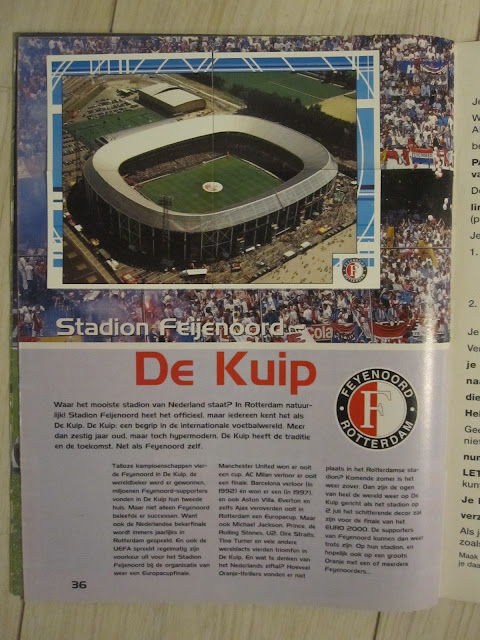 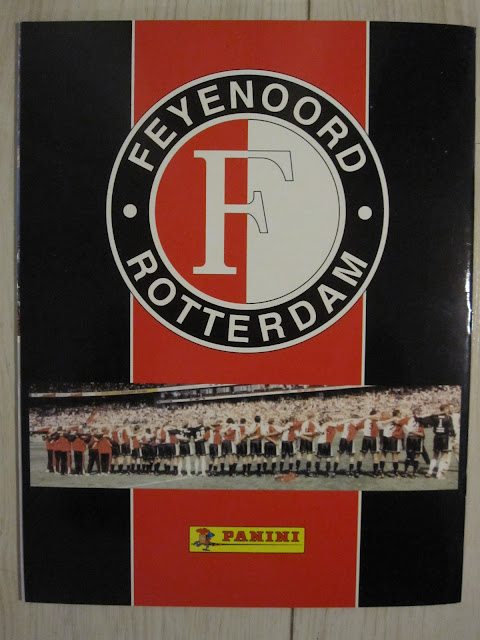