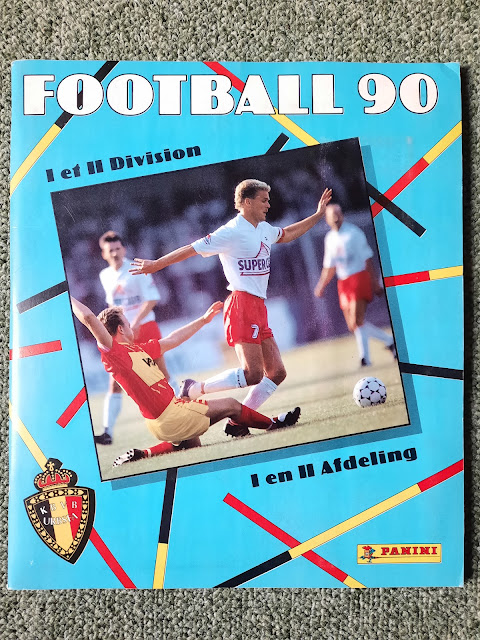 Football 90 is the 18th edition of the Belgian series produced by Panini. The album features all the clubs of Division 1 and Division 2. Despite the very plain graphics, the album has thick paper and good quality of the stickers, with metallic badges for all the clubs included. The collection starts with the usual page about the "Panini revelations" contest. This time there are no stickers of the players that won, but two stickers about the selection process.
The 18 clubs of Division 1 have 18 stickers over two pages: the metallic club badge, the team photo (two stickers), the coach, and 14 players. The background of these pages is very basic and the same for all the clubs. The Division 2 section starts right after with the fixtures of the season and the presentation of the 16 competing club with the club badge (half metallic sticker) and the team photo stickers. Then the squads are shown with six stickers per club for a total of 12 players (two players per sticker).
In the season 1989/1990, Club Brugge won the championship with 57 points. Second place for Anderlecht (53 points) and third for Mechelen (50 points). Frank Farina (Club Brugge) was the top goalscorer with 24 goals. 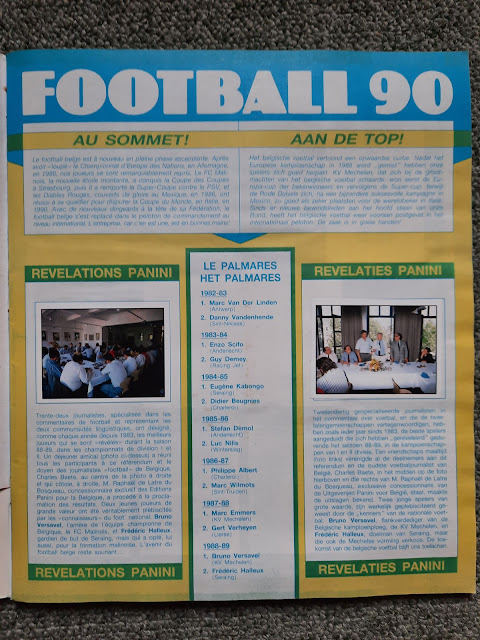 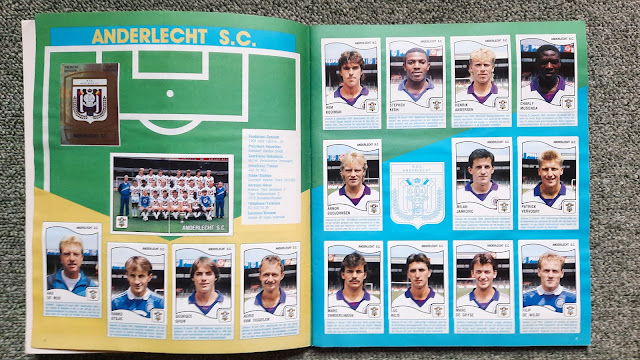 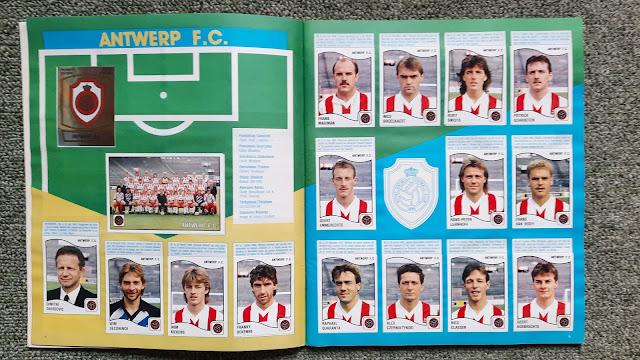 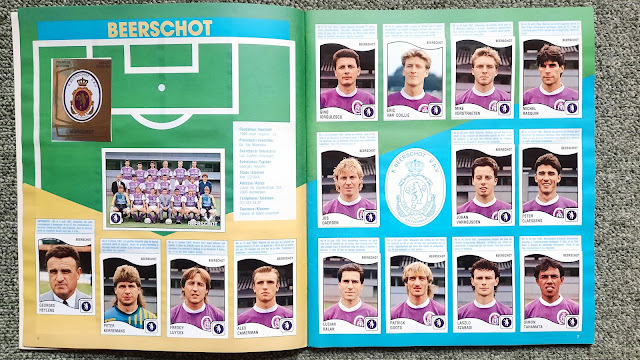 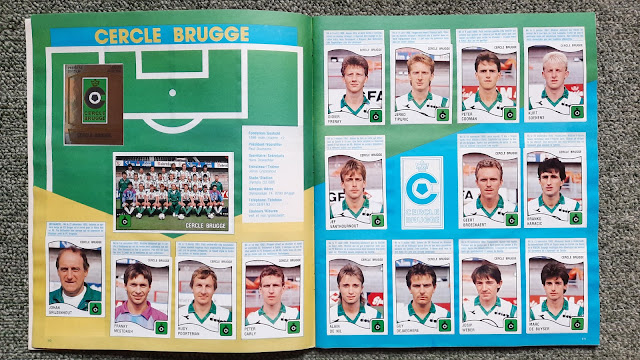 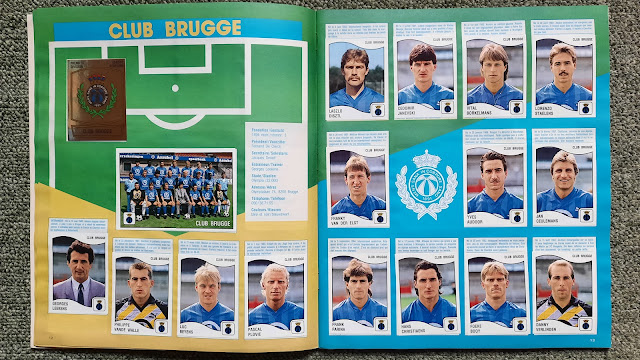 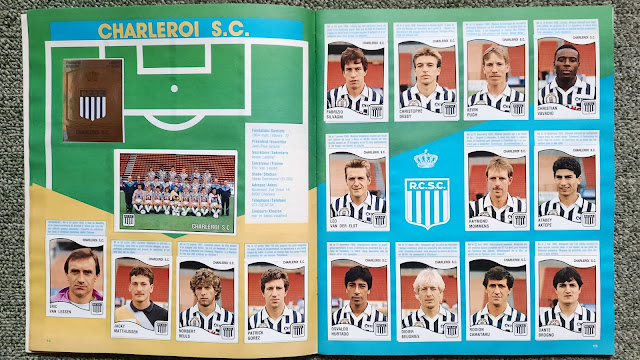 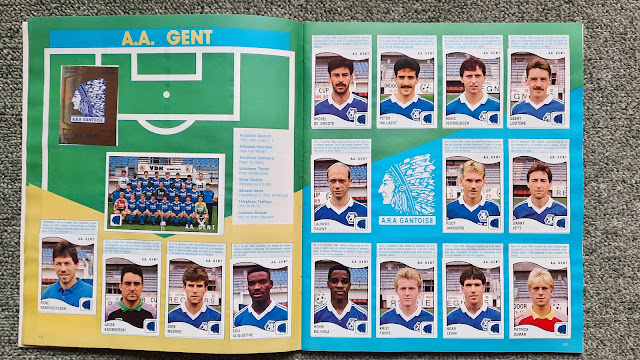 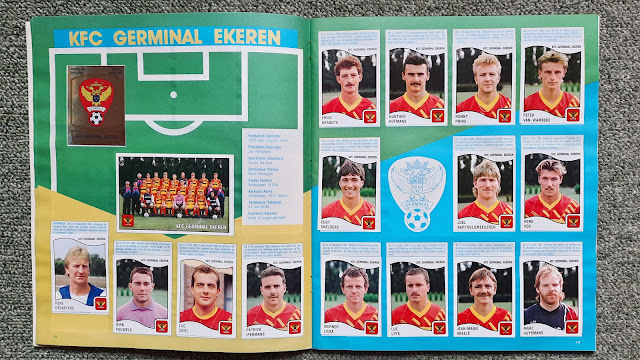 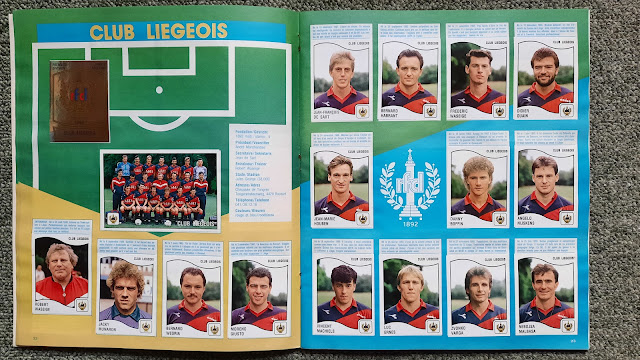 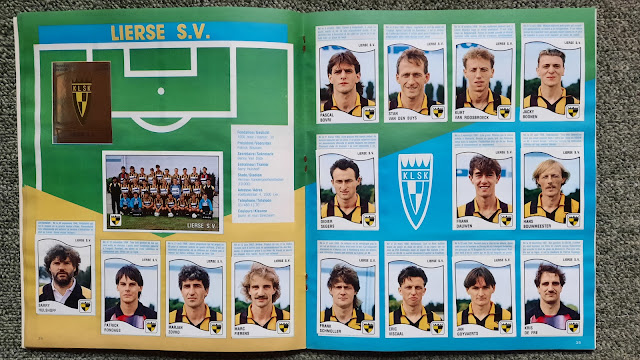 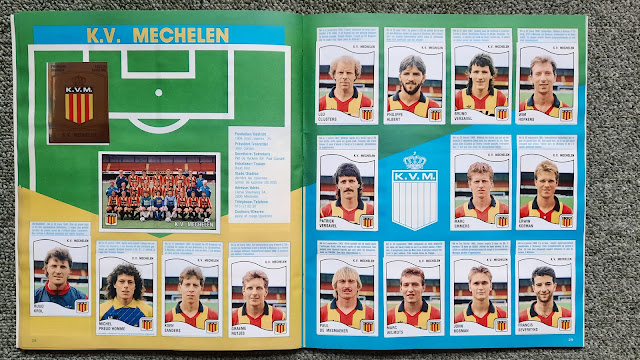 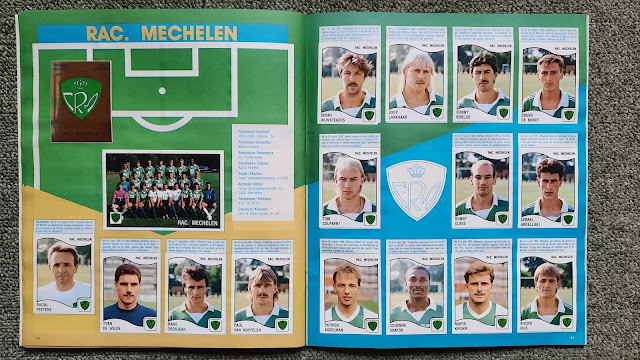 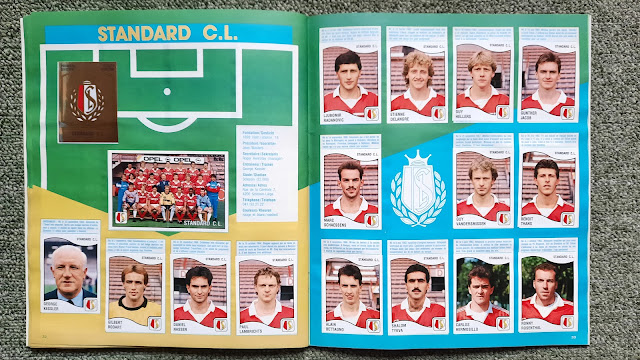 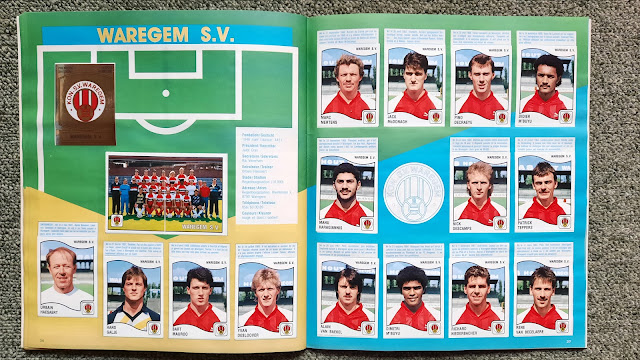 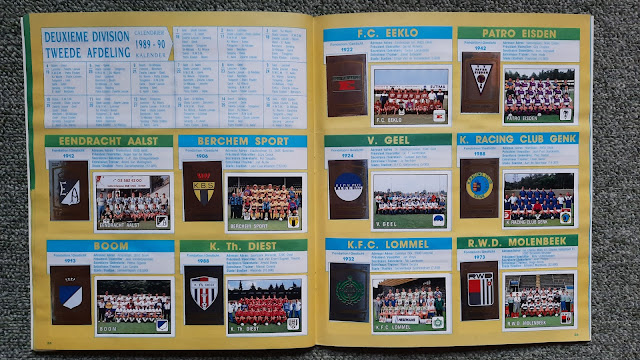 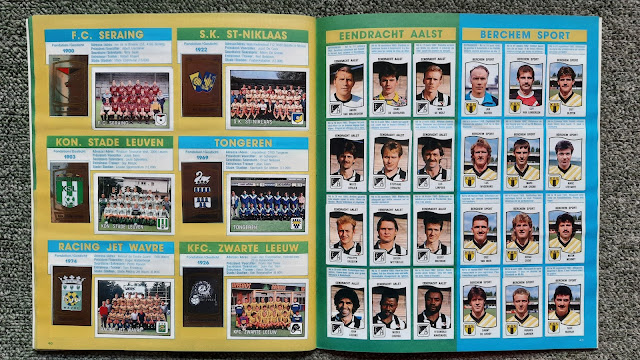 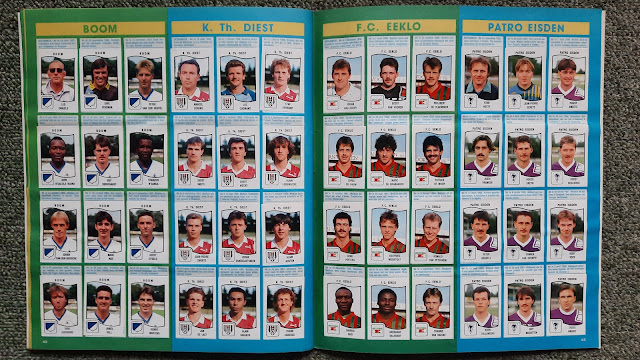 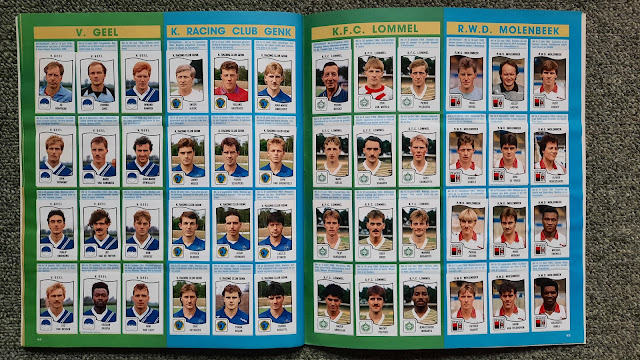 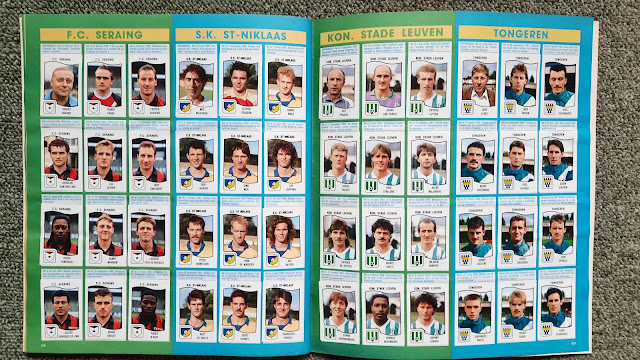 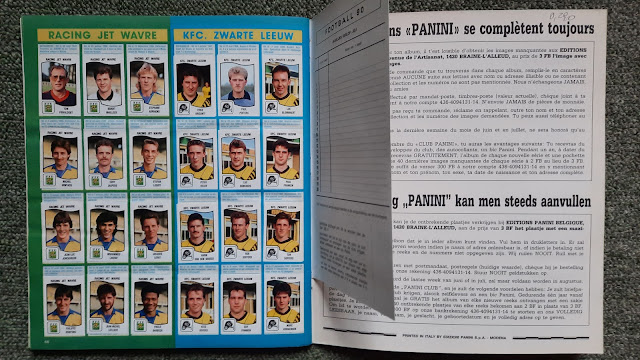 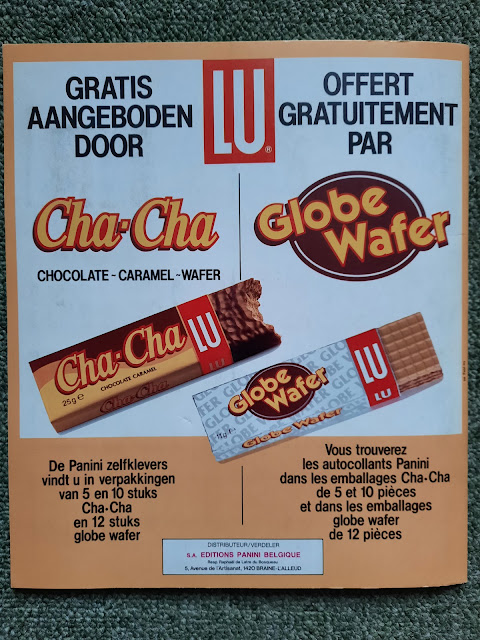 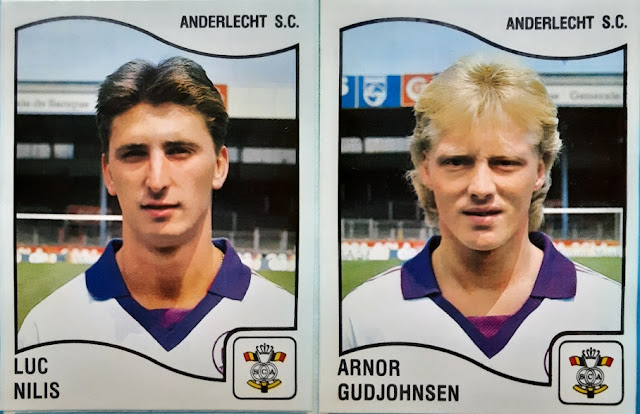 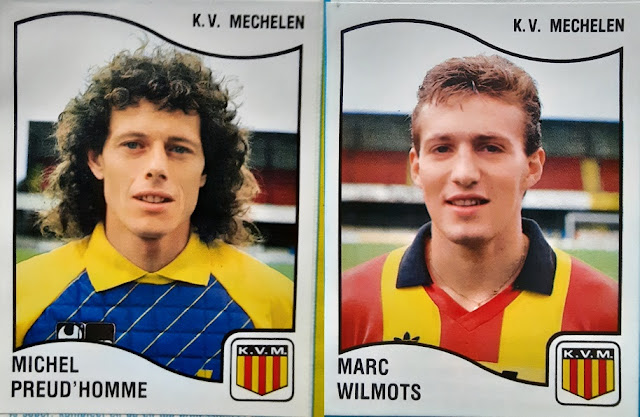 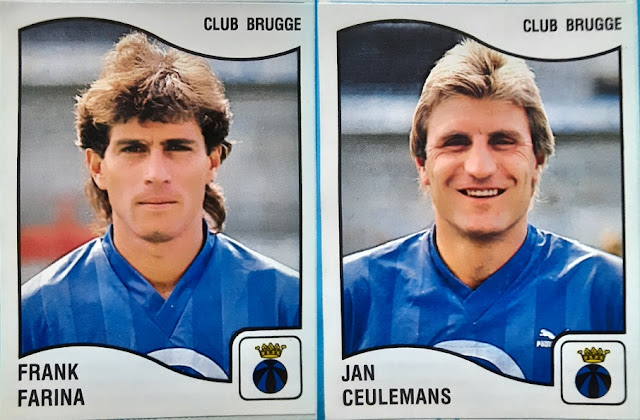