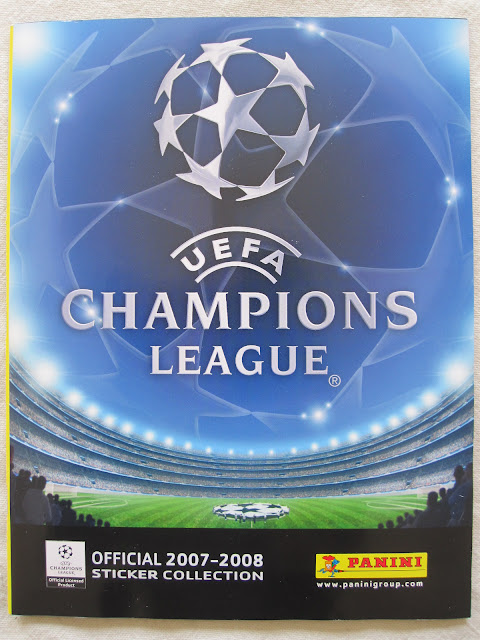 Panini started a Champions League collection with the season 1999-2000. After three years the saga was interrupted and re-started in the season 2006-2007 with a rather small collection (384 stickers). We show here the album of the following season (2007-2008).  In the first page we find 4 stickers (as shown in the picture below) including the cup and the offical ball. 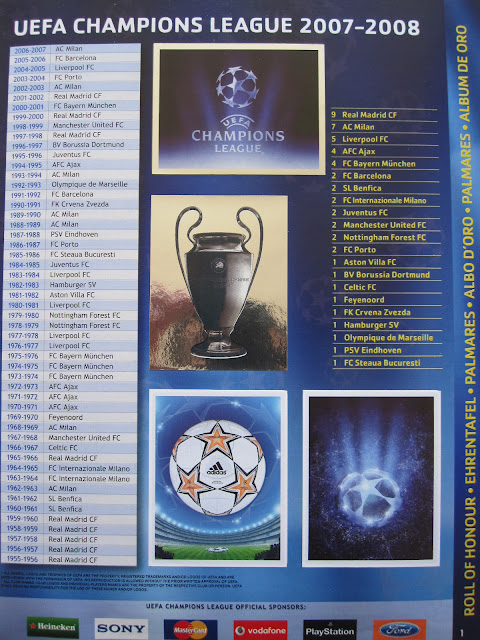 The collection continues on page 3 with other four stickers: two dedicated to the winners of the previous season (AC Milan), one to the Fifa Fair Play and one to the final of the coming season (in Moscow). 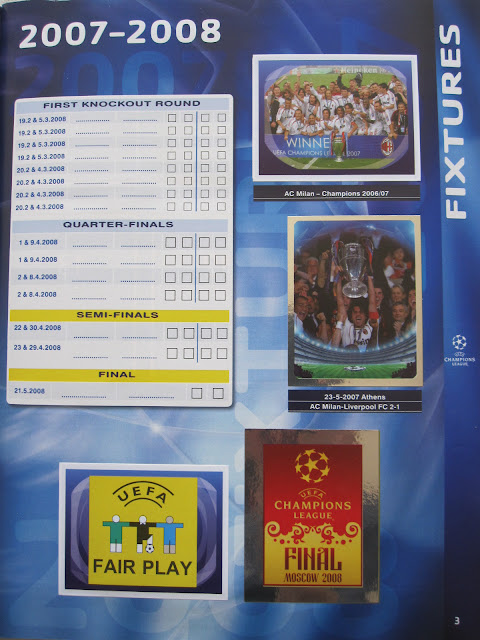 The team collection starts with AC Milan, the Champions League holders. After this, all the other teams appear in alphabetical order. Each team has 17 stickers: one silver logo and 16 players. 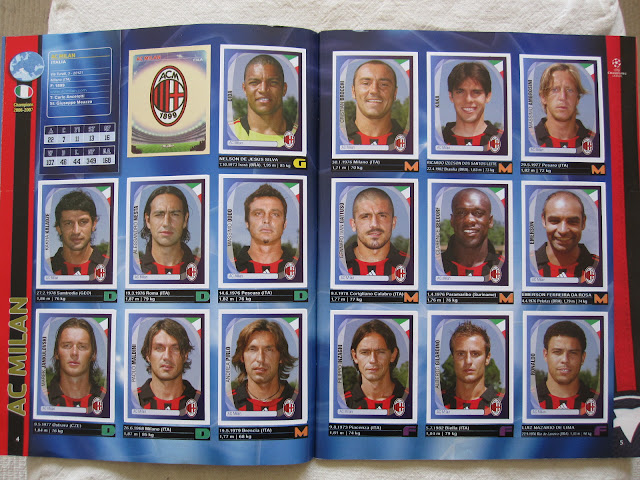 The winner of the Champions League 2008 is Manchester United, after a thrilling final against Chelsea. This is the Manchester UTD team that appears on the album: 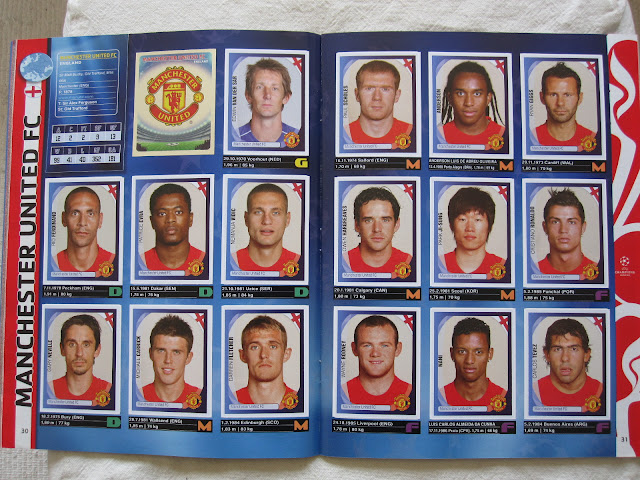 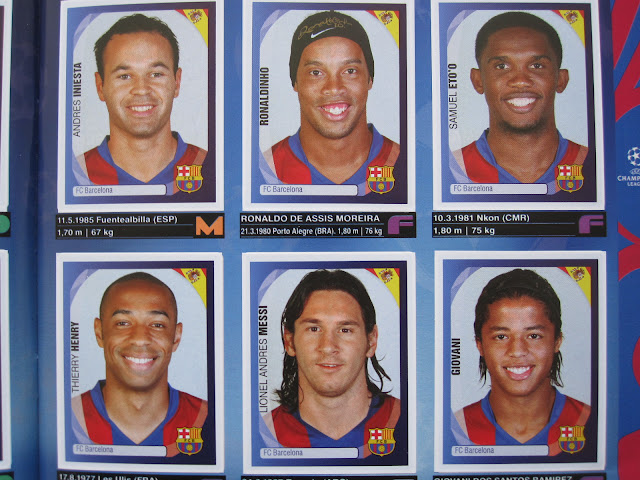 After all the teams, the album ends with the history of the Champions League finals since the year 2000 (only pictures, no stickers).