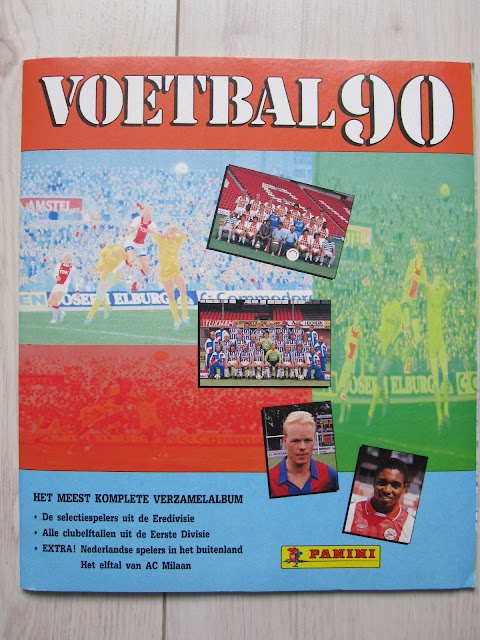 Panini Voetbal 90 is the 13th consecutive official collection of the Dutch football that Panini published since the season 1977/78.
The album opens with a foreword and two stickers: the championship trophy and the KNVB cup. Then all the 18 teams of the Eredivise are shown in alphabetical order. Each team has two pages on which there is a total of 16 stickers: the team photo (2 stickers) and 14 players. Unfortunately there are no club badges in this album. 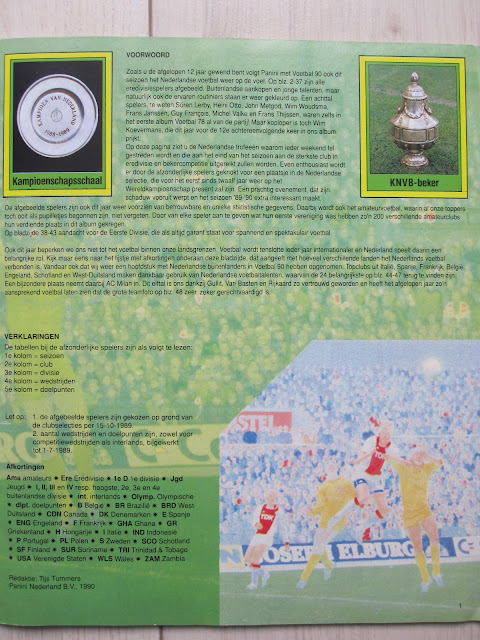 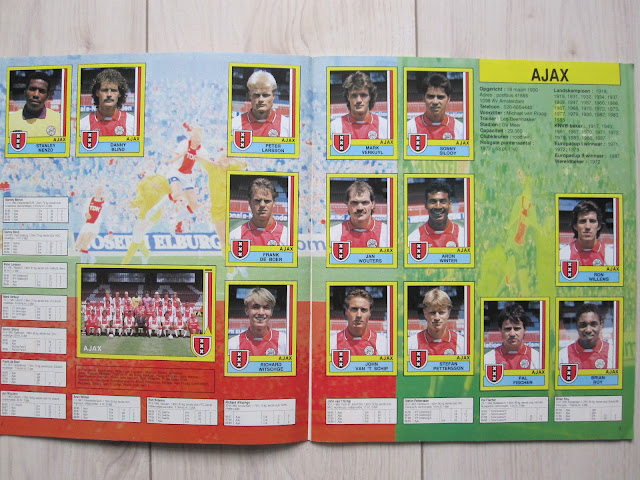 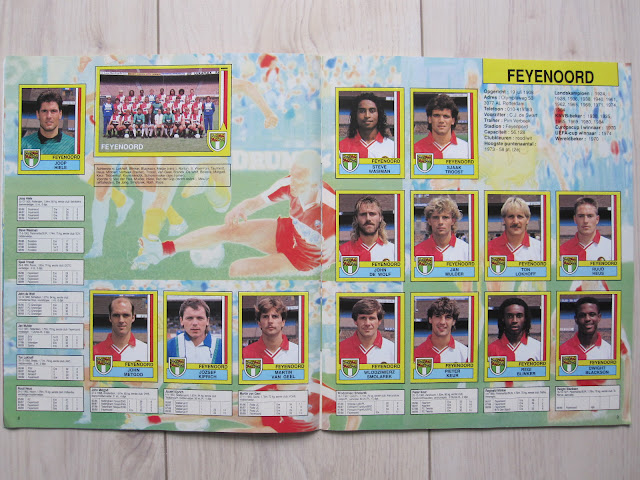 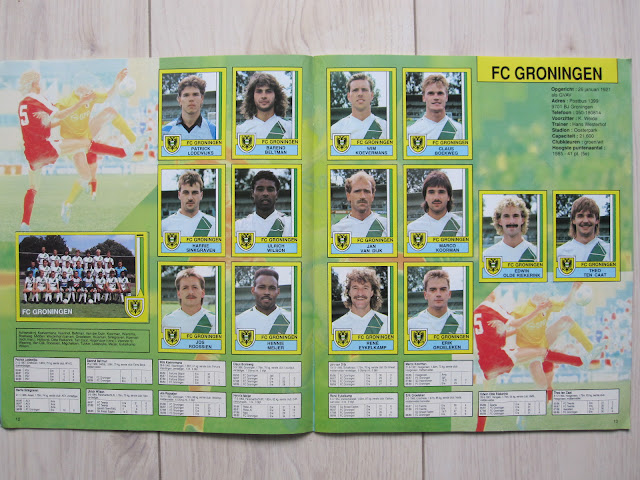 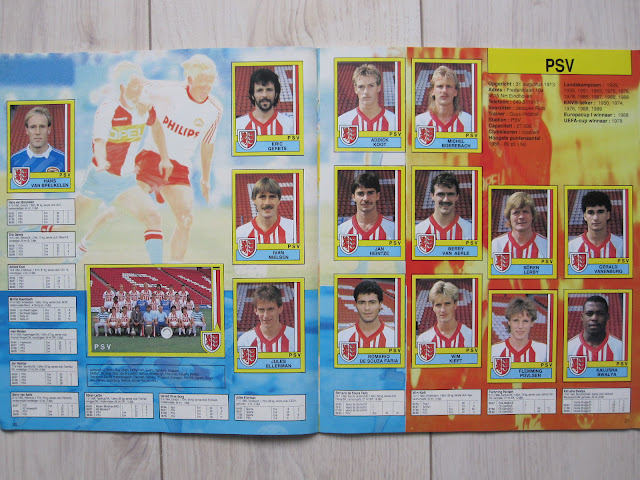 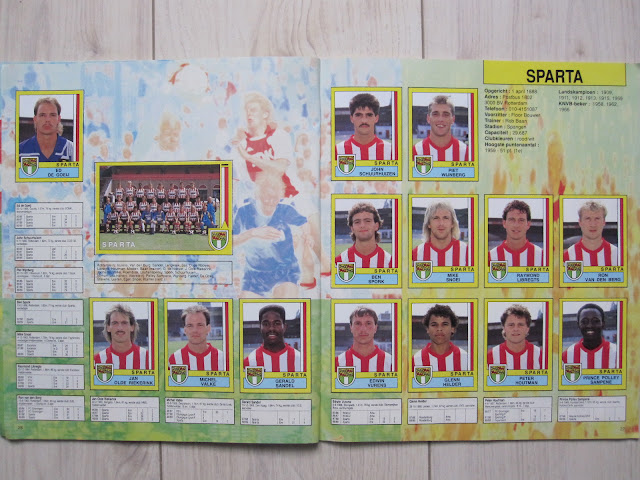 Eerste Divisie teams are also included. For each team there are only two stickers that compose the team photo. 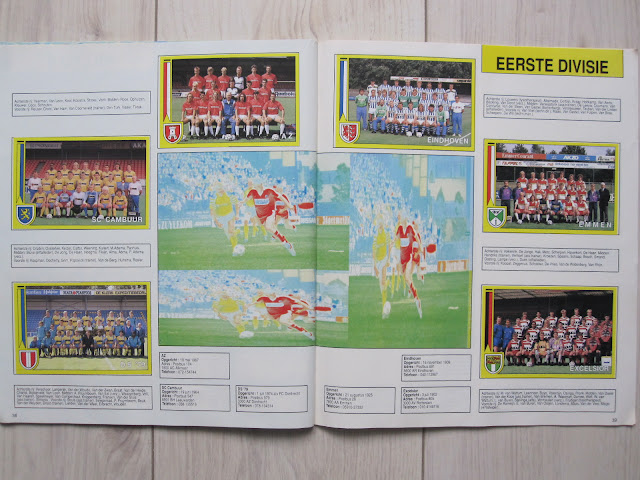 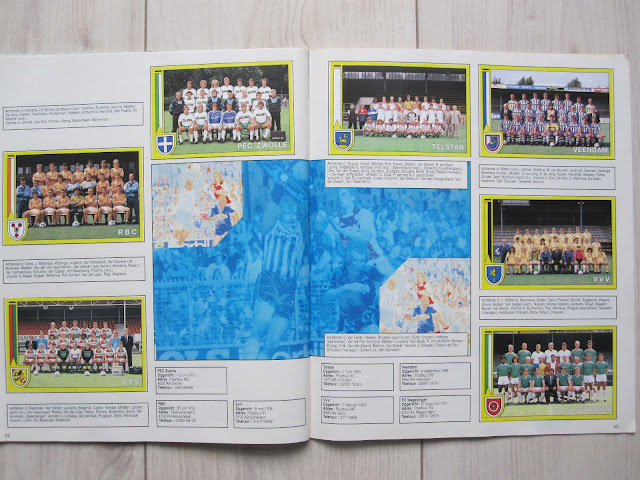 At the end of the album there is a section dedicated to Dutch players playing abroad (Nederlandse Buitenlanders). Here we find 24 stickers on four pages. Among these players there are Gullit (Milan), Van Basten (Milan), Rijkaard (Milan), Ronald Koeman (Barcelona), Erwin Koeman (Mechelen), and Bosman (Mechelen).
The album ends with a page dedicated to AC Milan, the club that won the Champions League the season before with the support of the Dutch trio Gullit-Rijkaard-Van Basten. On this page there is a big photo of the team composed by 8 stickers. 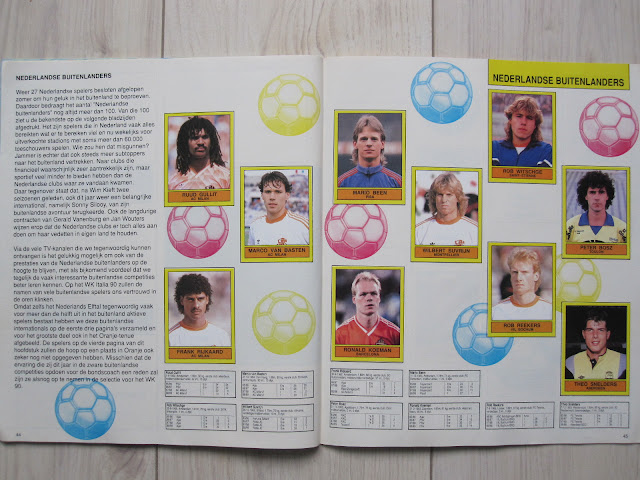 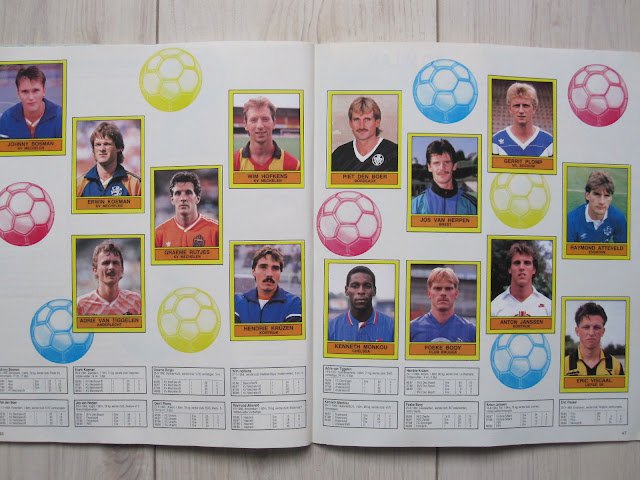 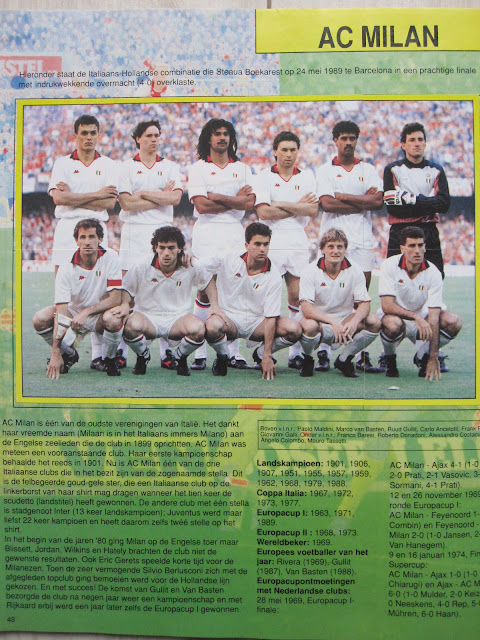 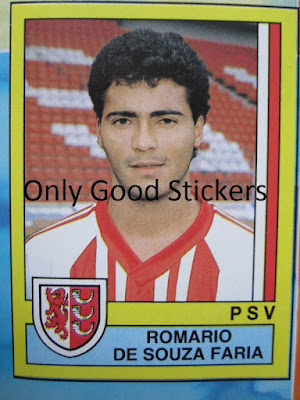 The sticker of the great Brazilian Romario (PSV)