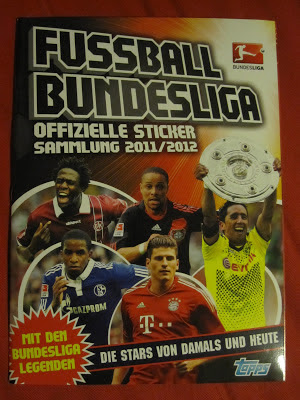 This album is very similar to the previous Topps editions both in the graphics and the style. The signature on each player sticker disappeared and the special sections are different. There are still four pages with uniforms and there is a section dedicated to the legends of the Bundesliga teams (one per team), like Lothar Mattheus and Joachim Low. 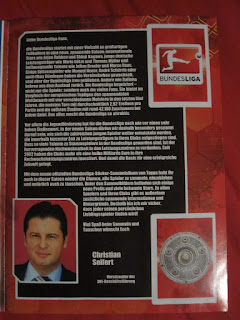 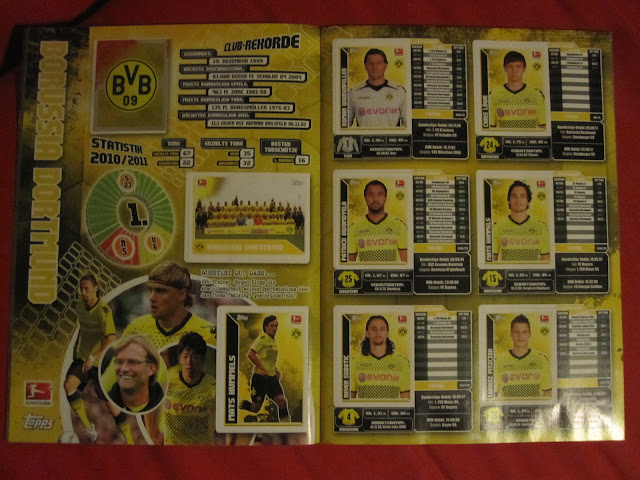 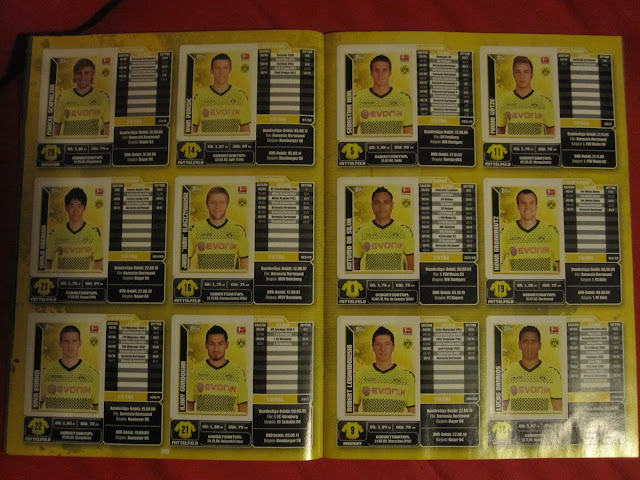 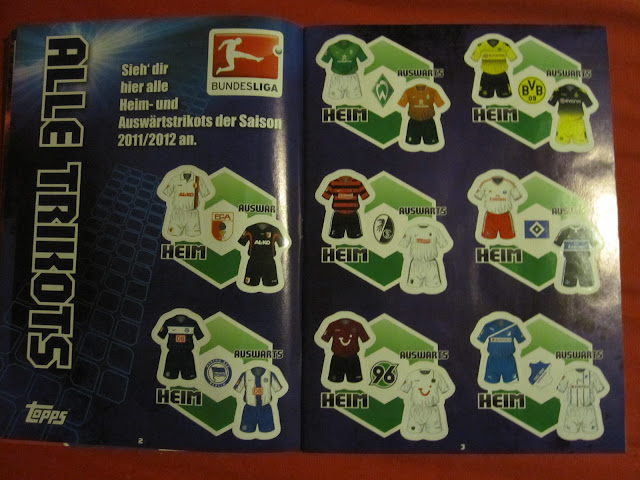 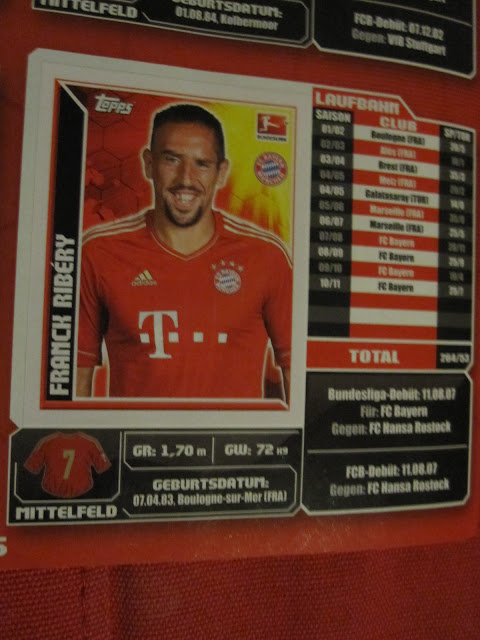 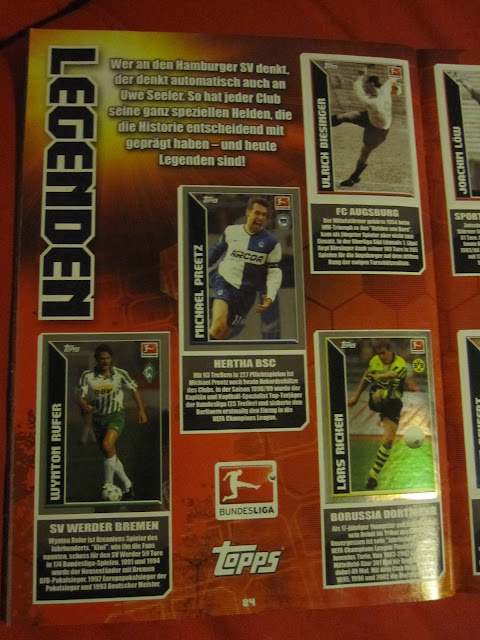 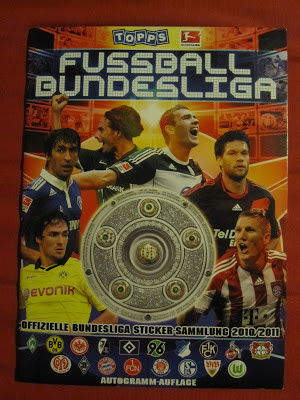 This album produced by Topps is dedicated to the German Bundesliga. One characteristic of Topps is that includes also big stickers (one per package) for logos, teams and special players. In the first page of the album there are 3 stickers: the Bundesliga logo, the Meister and the ball used in the competition.

Each team is distributed on four pages with a total of 21 stickers: on the first page we have the logo, team and star player stickers. Then we have 6 players per page for a total of 18 players: each sticker is enriched by the signature of the player.

Special sections of the album are dedicated to the Team uniforms (18 big stickers) and the Rookies (one player per each Bundesliga team), plus 5 stickers "Tricks with Diego", which present some special actions and movements of the Brazilian Wolfsburg midfielder Diego. 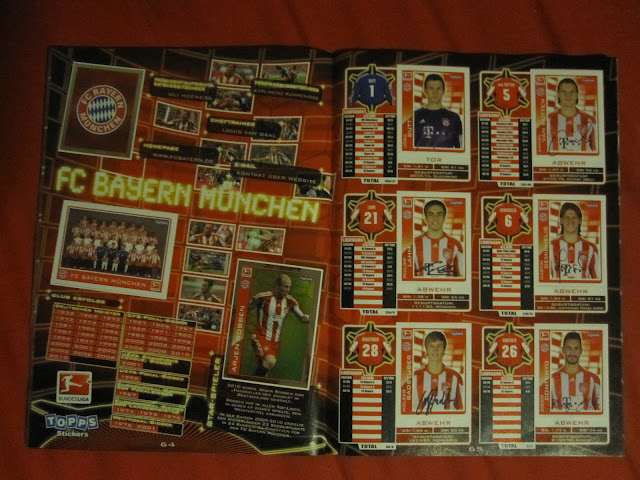 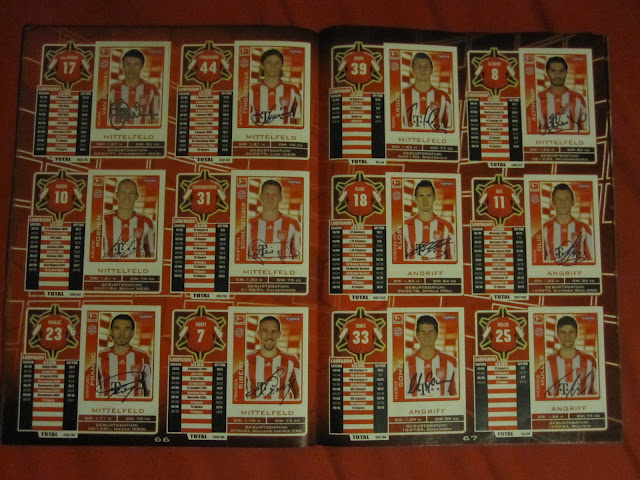 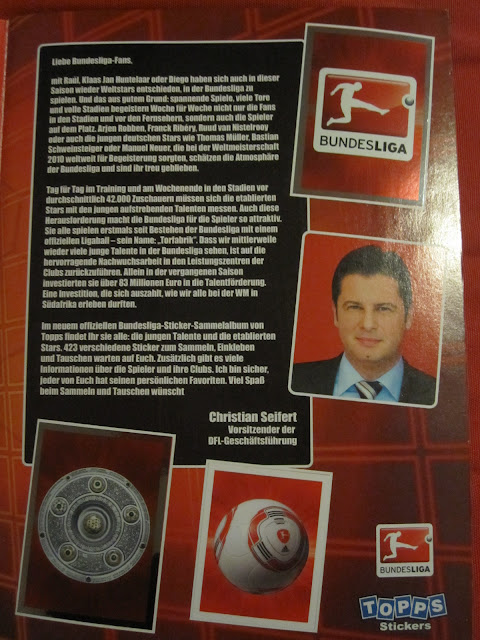 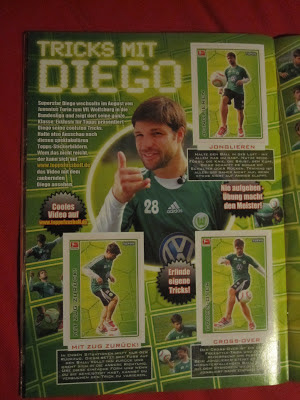 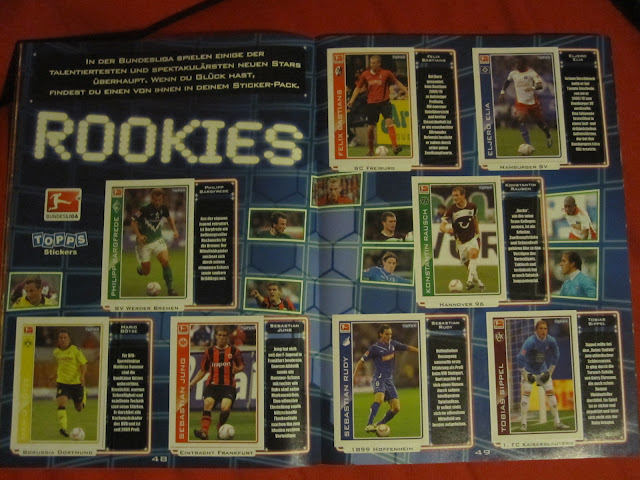 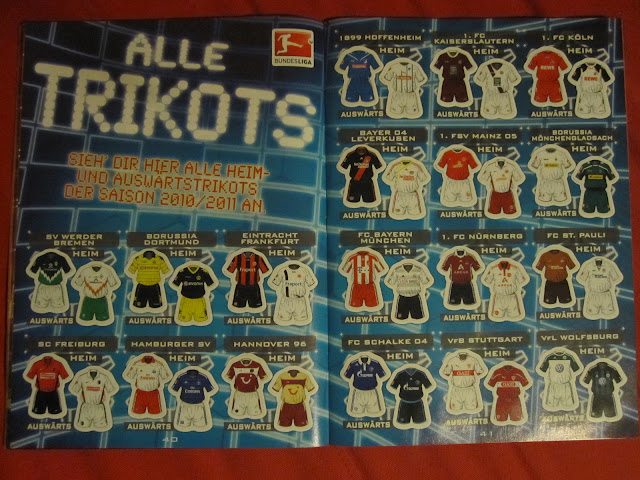 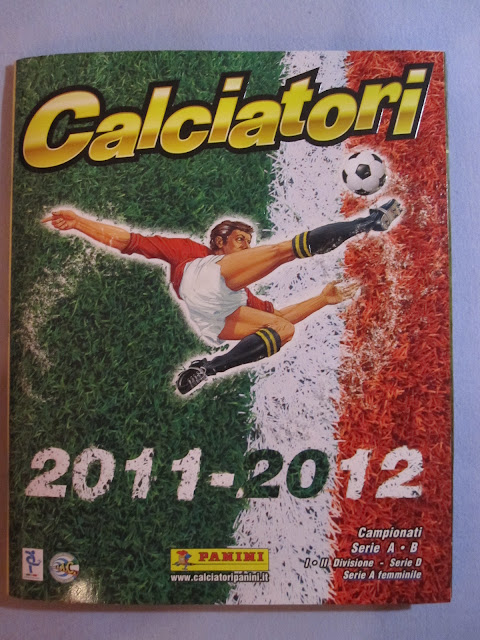 This album is the 50th chapter of the saga that started in 1961-1962 with the first Panini album dedicated to the Italian football league.
All the football is included from the main division (Serie A) to the amateur league and the Women League.
Each Serie A team is distributed on four pages, with a total of 30 stickers: the team logo (1 sticker), squad (2 stickers), the coach and 26 players, out of which 6 are the updates of the winter transfers. On each player sticker we have details as birth date and place, and palmares.
Each Serie B team is on 1 page: team logo, squad and 18 players (3 players per sticker). For the Lega Pro 1st division we have stickers of the squad and logo, whereas for the Lega Pro 2nd division only the team logo.
There are special sections: one dedicated to the referees, one to the best players of the previous season (Calciatori Plus) and one to the best actions of the beginning of the season (Calciatori Show).
Extra stickers, which could be found in newspapers at half way and at the end of the season, compose the movie of the season (Film del campionato), celebrating best players and winning team. 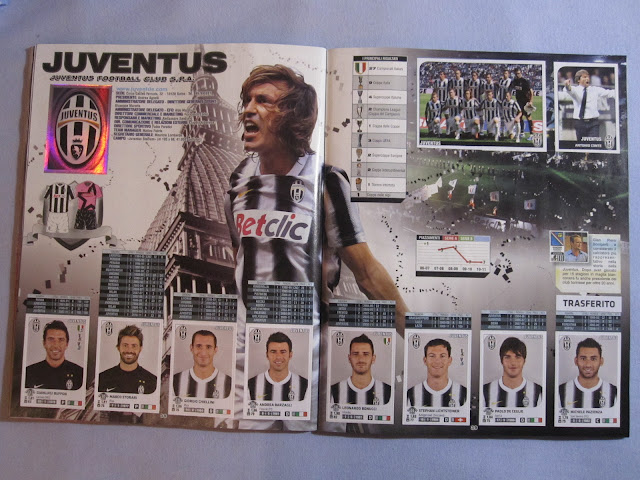 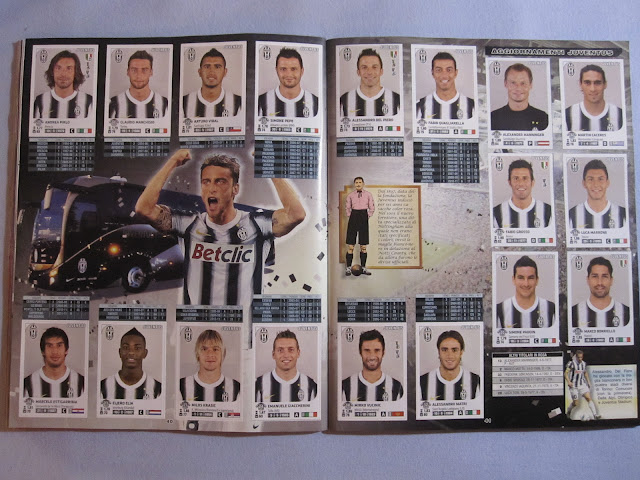 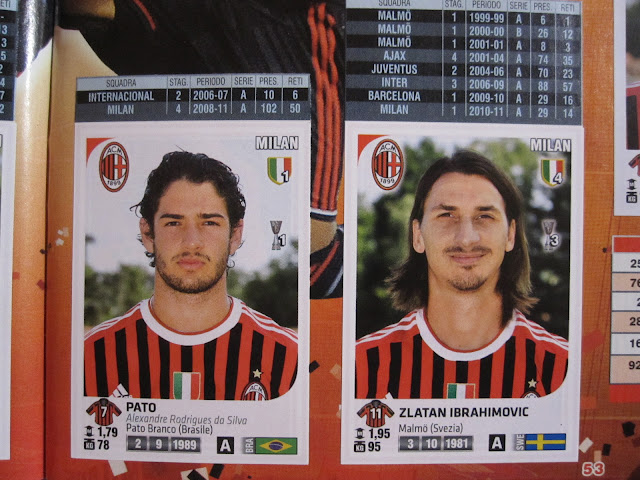 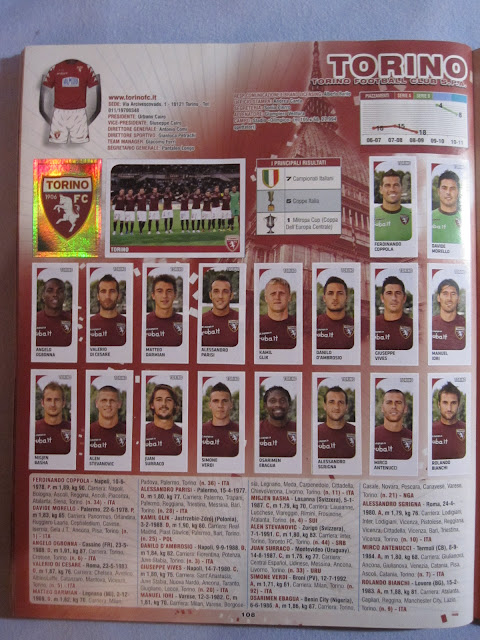 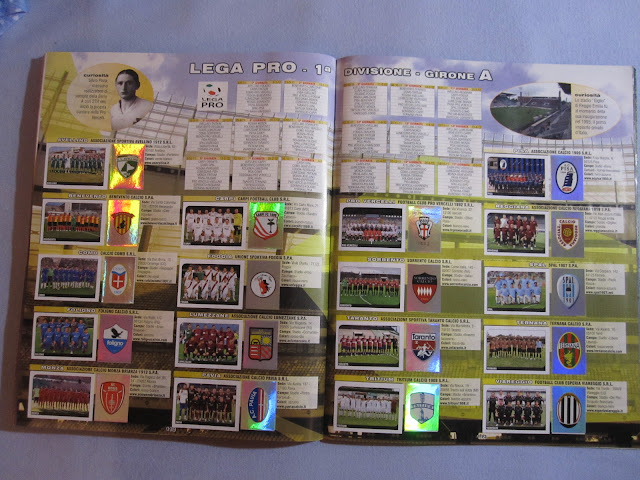 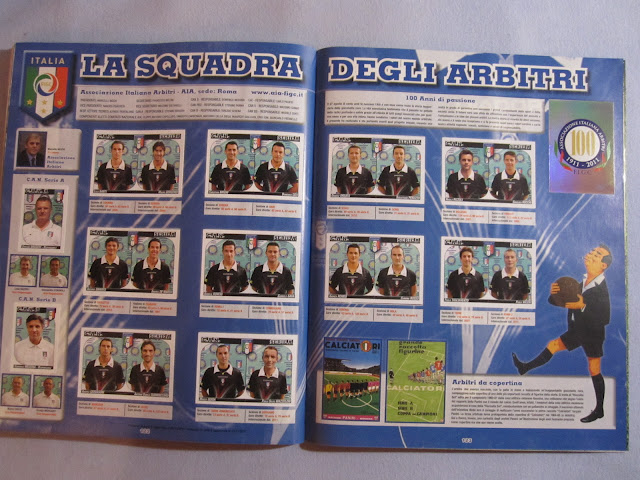 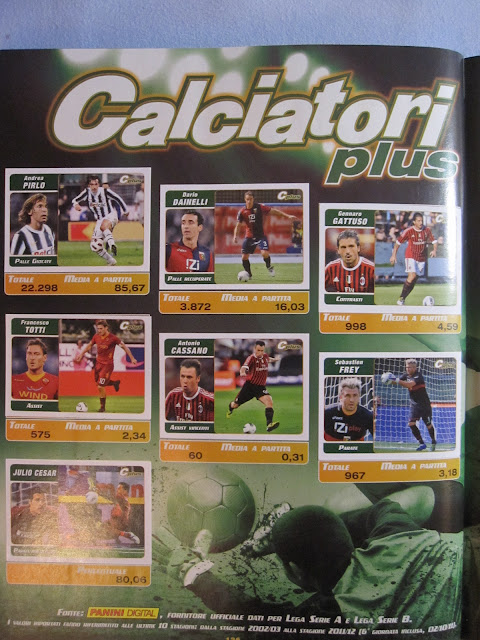 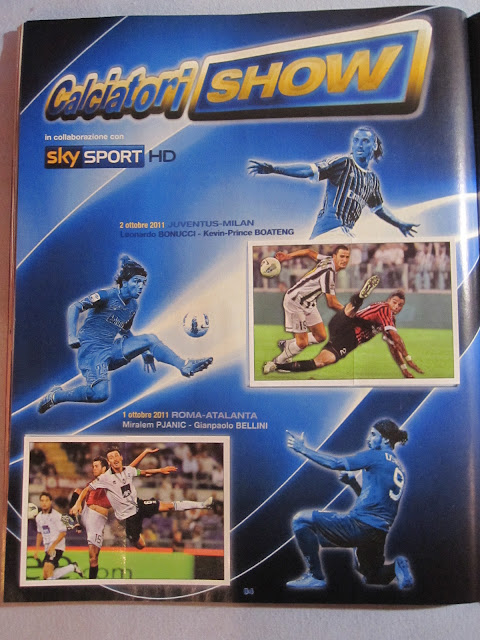