This is a great and very rich album of the German Bundesliga year 2008-2009. It is edited by Panini and it contains almost 500 stickers. In the silver cover we find four players (among them Luca Toni) and the logos of all the teams.
When we open the album we have an introductory page with 5 stickers: the bundesliga logo, the Meister cup, Luca Toni (with the prize as best player of the previous season) and the full Bayern Munchen team (2 stickers), winner of the Meister 2008.
Then the 18 Bundesliga team are presented. There are six pages for each team. In the first two pages we have 6 stickers: the team logo, a huge team photo composed by 4 stickers and the mascotte of the team. Plus we find details, shirts and statistics of the team. The players stickers are 19 and disposed on three pages. In the last page we find the stadium (2 stickers) and a large map with the competition calendar of the season.
The last part of the album is dedicated to the winner of the Pokal 2008 (Bayern Munchen), with 5 stickers. 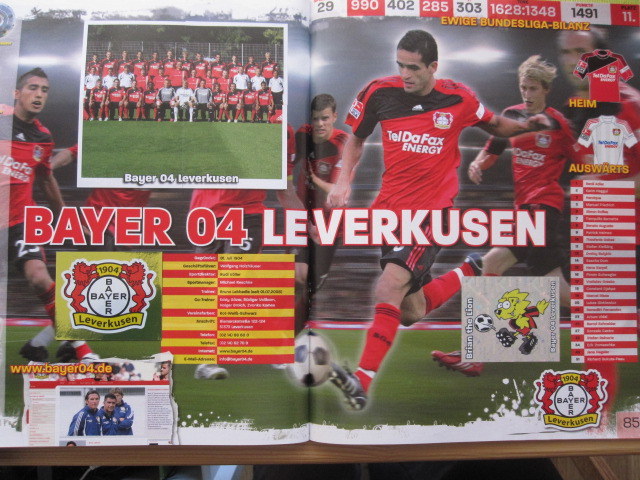 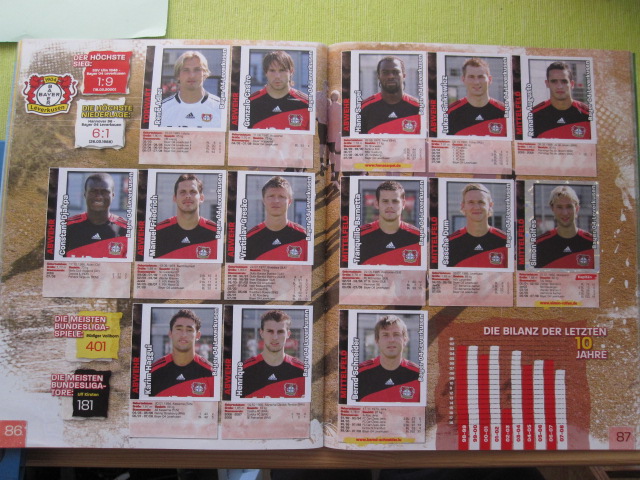 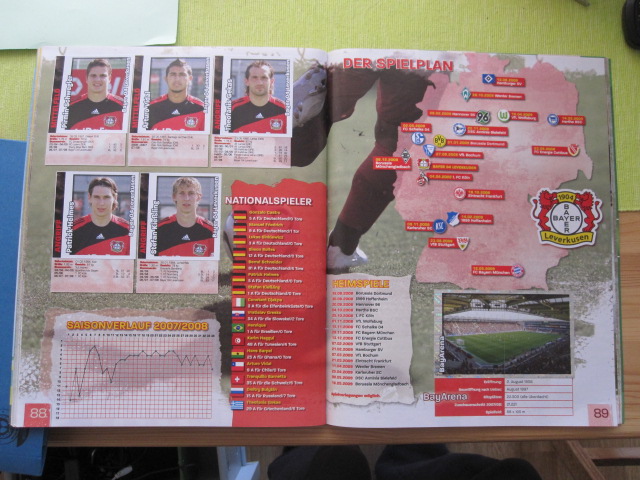 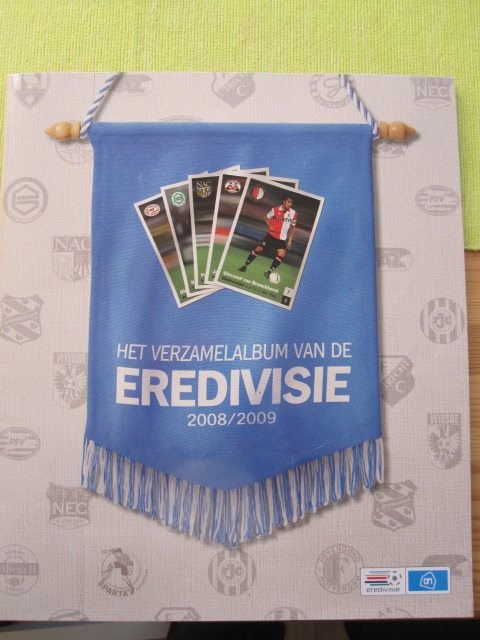 This is the official sticker album of Eredivisie for the season 2008-2009. It presents all the 18 teams of the main Dutch league, with four pages dedicated to each team: in the first page there is the logo sticker of the team (aluminum foil) and in the second page two stickers to form the squad with newspapers articles and stadium pictures on the backgraound. In the other two pages are composed by the main eleven players and the trainer (total of 12 stickers).
Each player is shown in action and the stickers contains the name, the role plus two numbers on the right corner representing the defensive and offensive skills of the player. 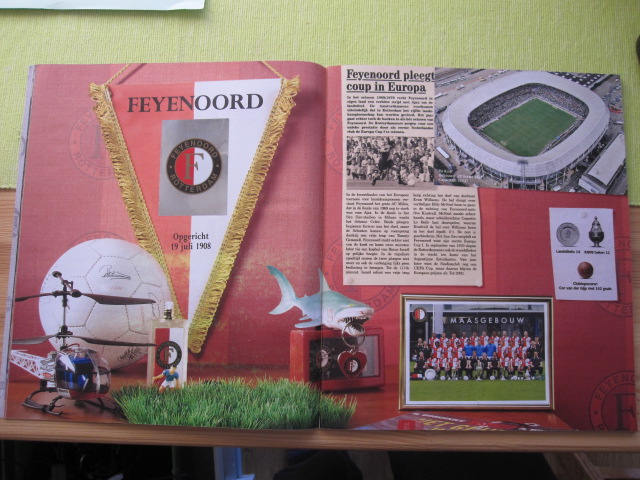 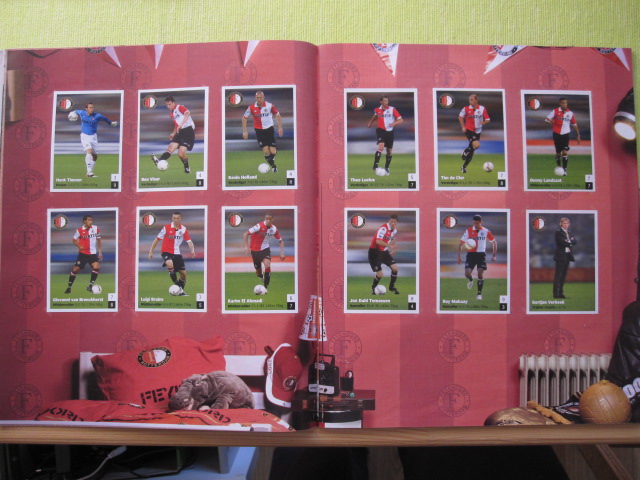 Three stickers were later released on a sheet. They are three players that were not included in the collection. The sticker are numbered 271, 272 and 273, but there is no space on the album to glue them. The players are Ben Sahar, Ola Toivonen, and Lasse Nilsson.


This blog contains description and pictures of football stickers album that I have collected from all over the world!
Pubblicato da rollos a 03:19 Nessun commento: