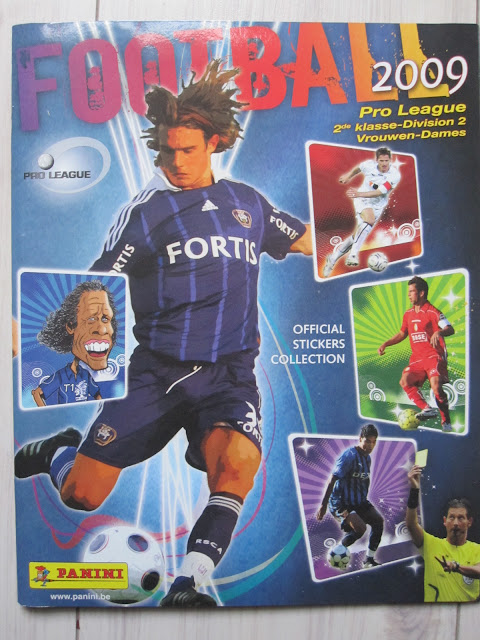 Panini Football 2009 was a hard album to complete. Besides the full set of 618 stickers with the Pro League, Division 2, and Women's league, there is an update set with the winter transfers and 18 stickers LU Score, which must be collected separately and could be found in LU products.
The album shows first the Pro League in alphabetical order. For each team there are 21 stickers of the base set plus the LU score sticker on the top right corner and up to two transfer stickers in the low right corner. The base set is composed by a shining club logo, the coach, the team photo (2 stickers), and 17 players. The LU score sticker is a silver shining sticker with the star player of the team. The transfer stickers (which were released all together in a "Special Mercato" set) include also details of the player. 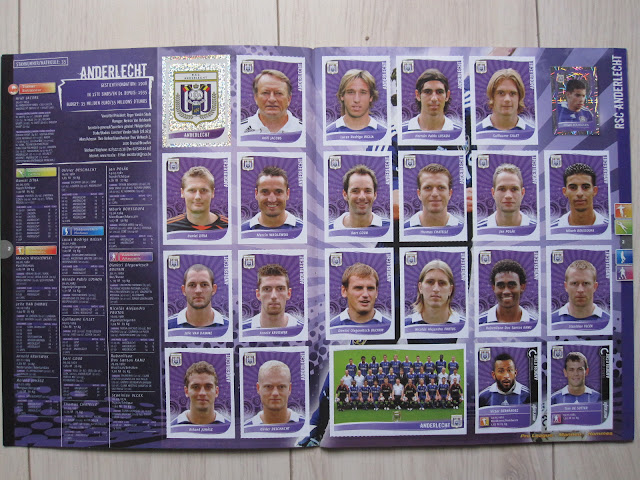 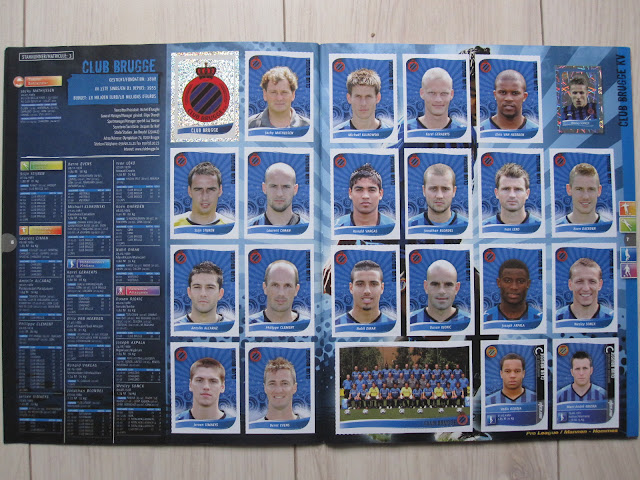 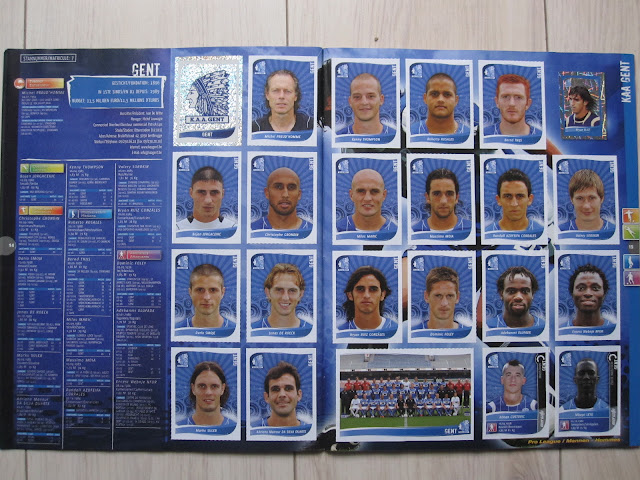 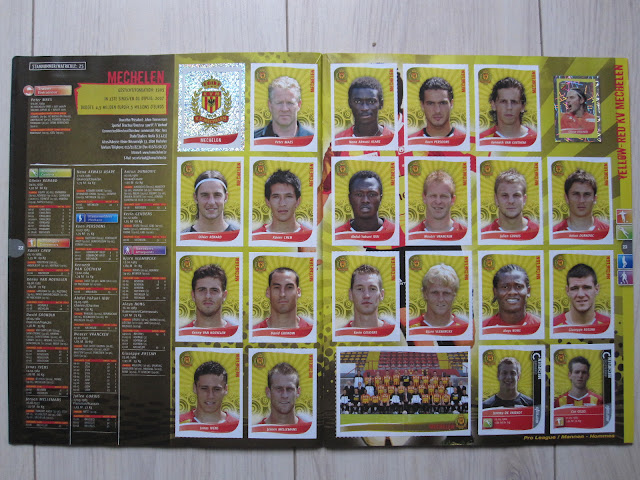 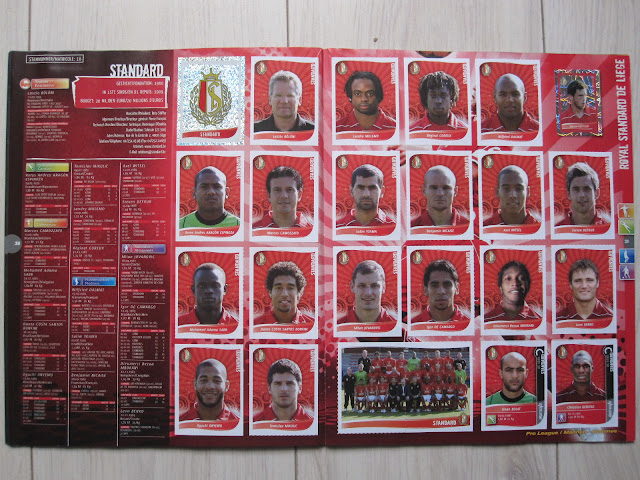 At the end of the Pro League teams, there is a double page with 24 stickers of caricatures of some of the main personalities of the Belgian Pro League. Among them Proto, Mbokani, Defour, Scifo. 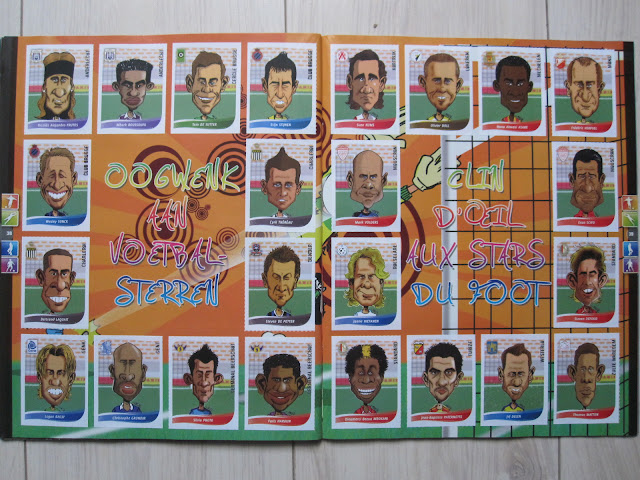 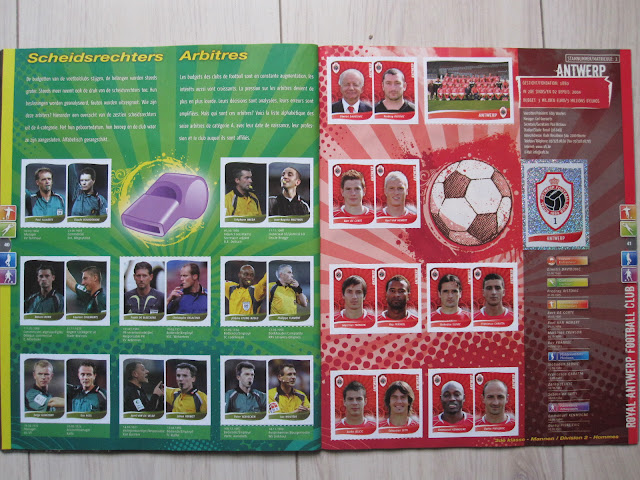 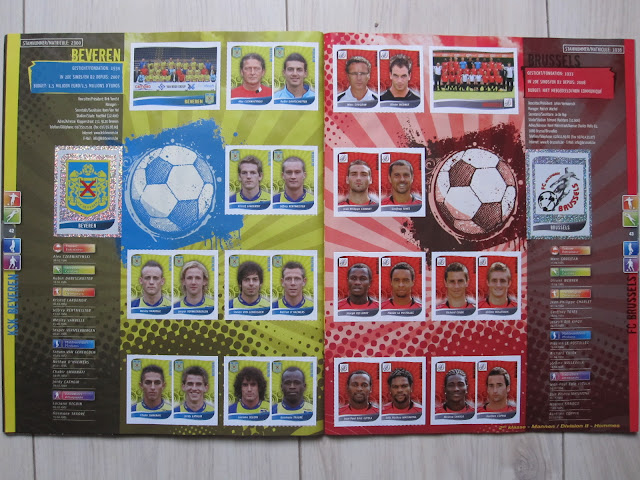 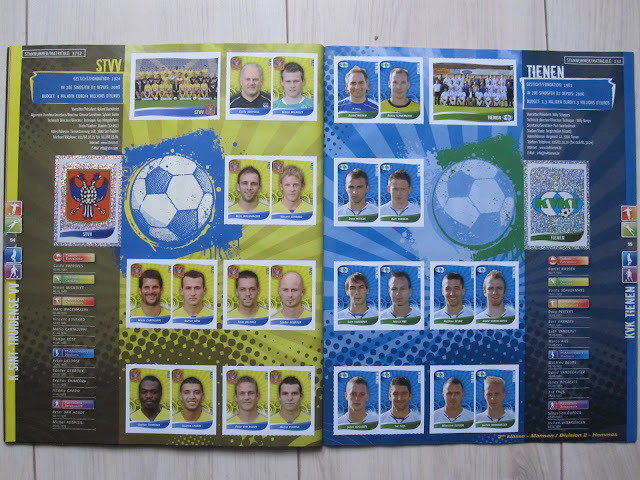 The album conlcludes with the Women's league. Each of the 14 teams has four stickers: the shining club badge, the team photo, and two stickers with three players and the coach. 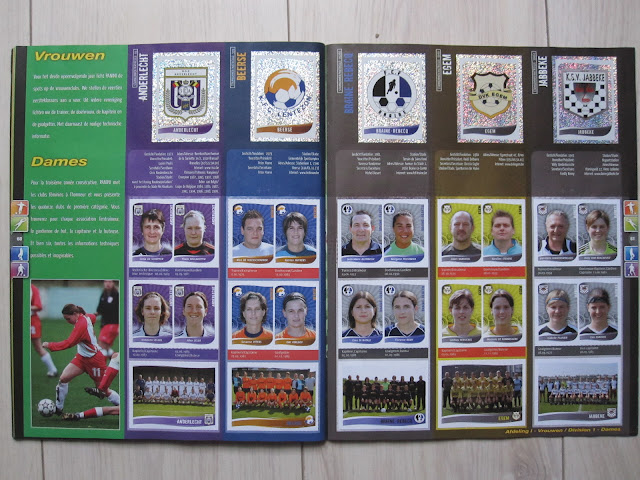 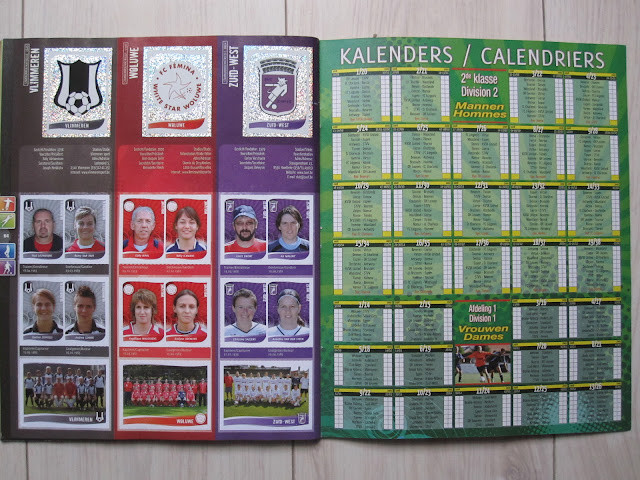 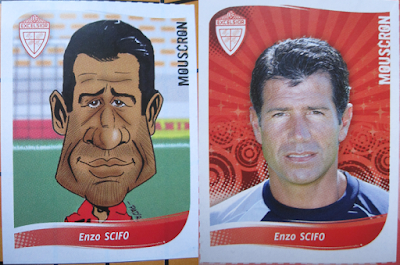 Enzo Scifo and his caricature sticker 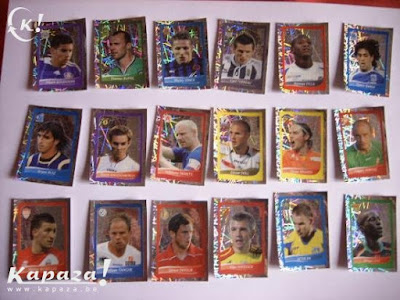 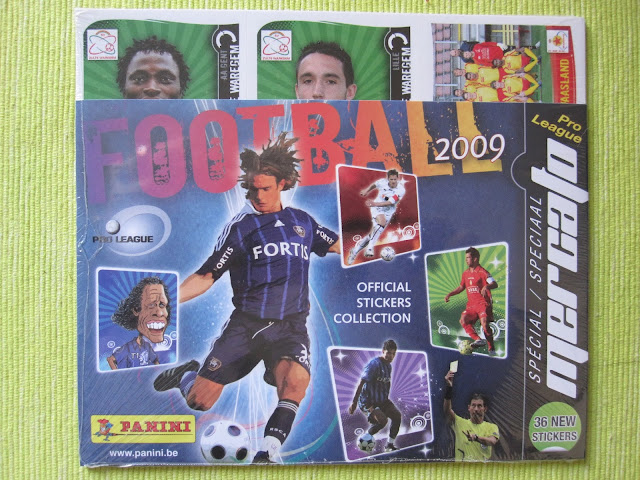 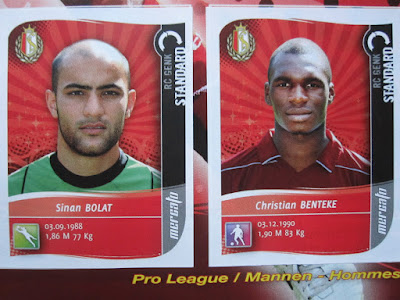 Benteke was transferred during the season from Genk to Standard 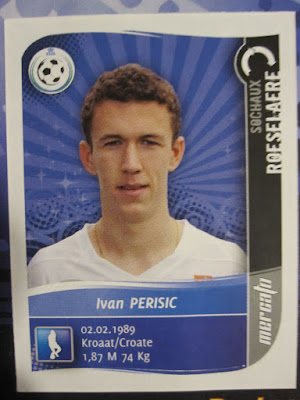