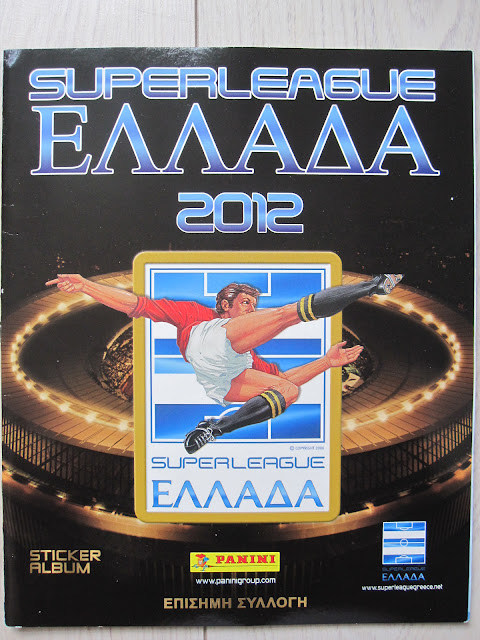 Panini released several albums of the Greek league, starting in the 80's. We present here the album of the season 2011/2012. This is a stylish album with nice graphics. It opens with a table of content and the first two shining stickers: the trophy and the logo of the competition. It continues with two pages dedicated to the National team qualifying for Euro 2012. Here we find 11 action stickers. Then, there are three pages and 17 stickers with the Superleague Highlights of the previous season: these are action stickers of players and celebrations (one shining sticker). 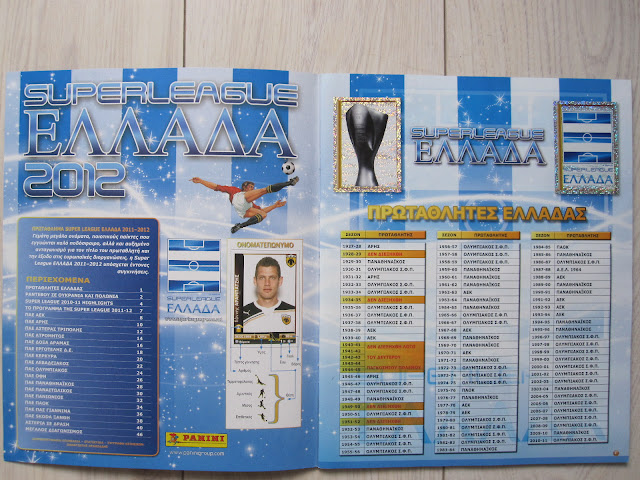 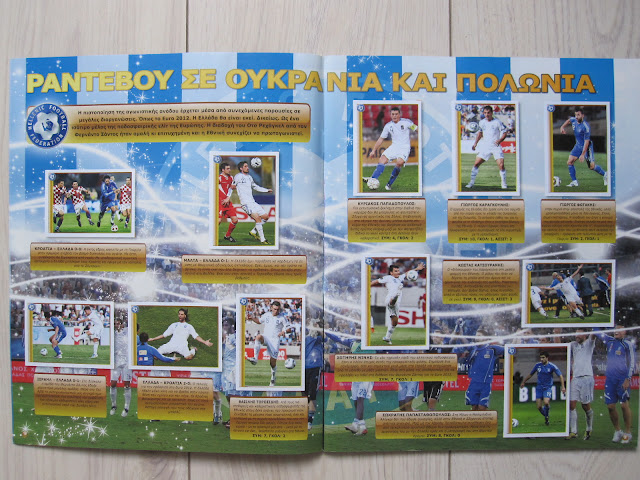 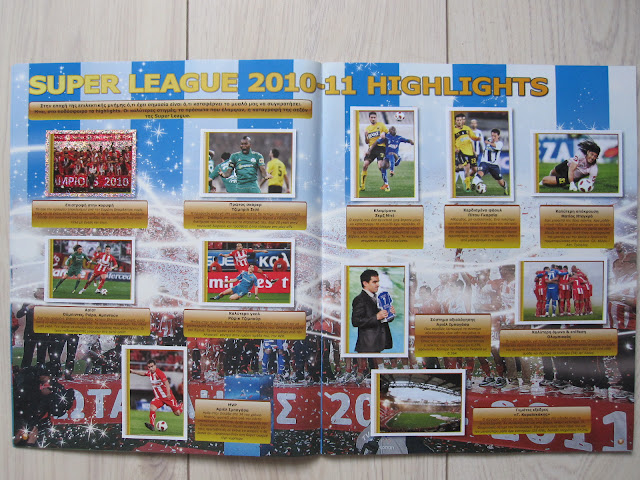 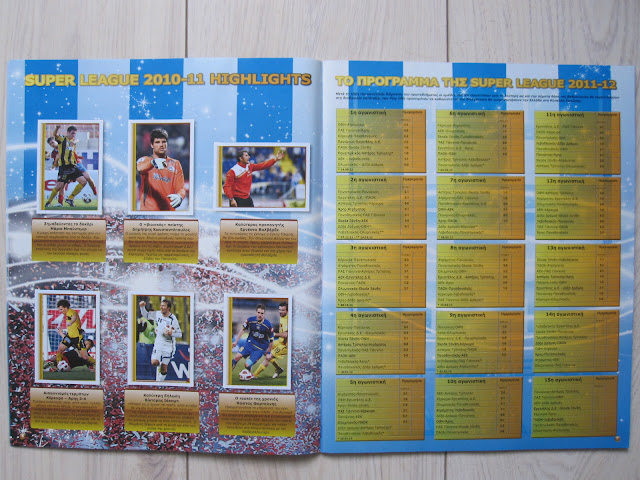 The 16 teams included appear in alphabetical order. Name of players and teams are in Greek. Each team is displayed over two pages with a total of 22 stickers: the shining logo, the team photo and 20 players. 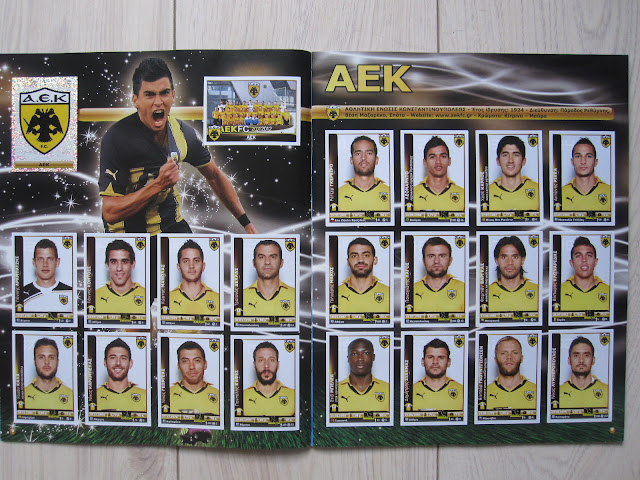 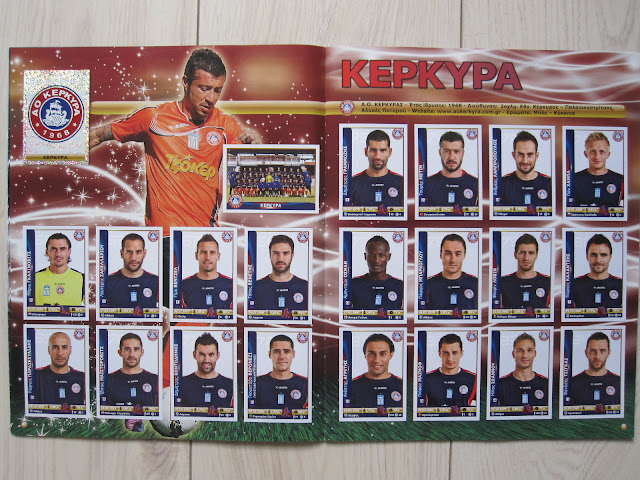 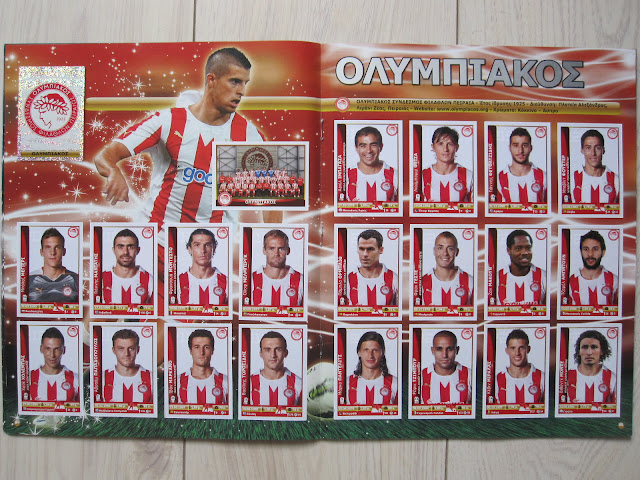 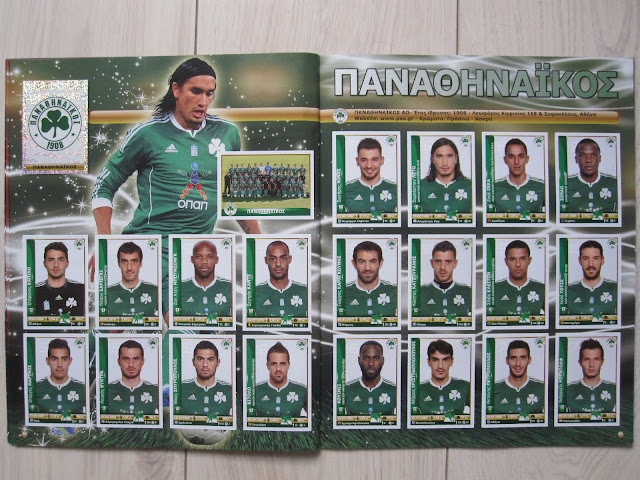 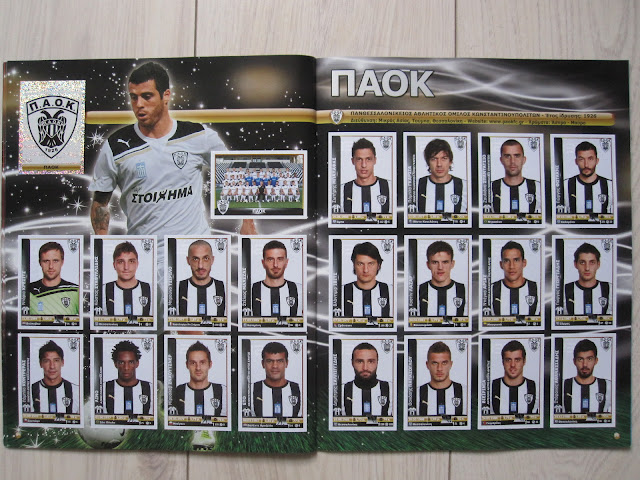 The last part of the album shows the best players of the league with action stickers. There are 38 stickers out of which 11 are shining. 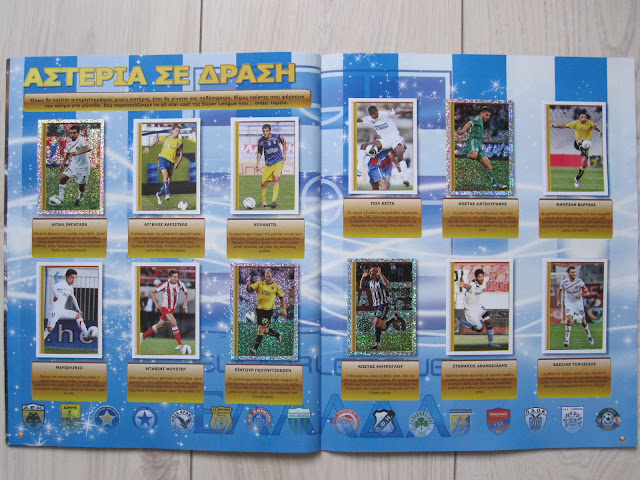 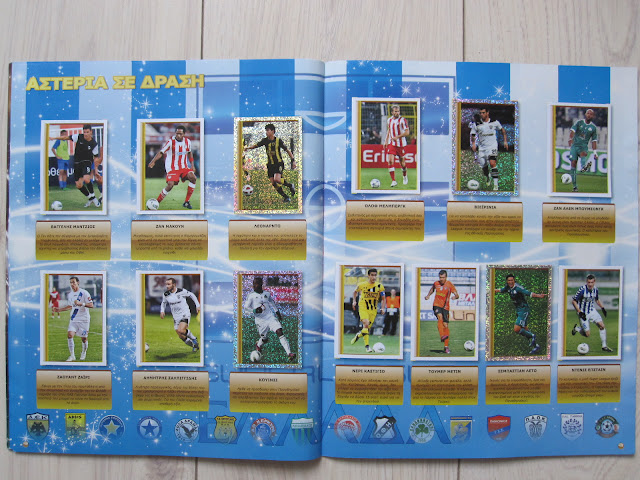 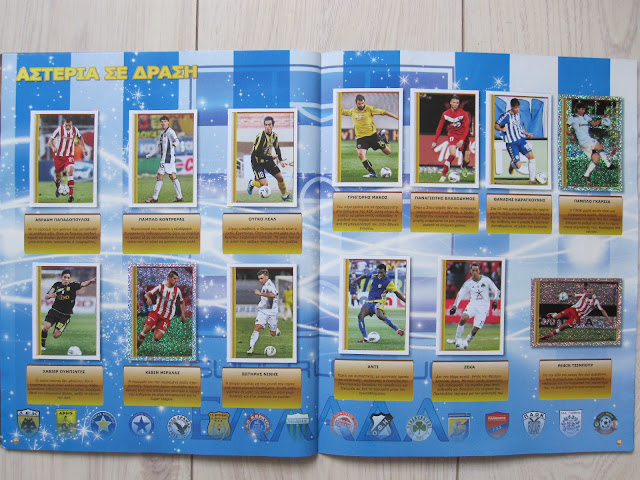