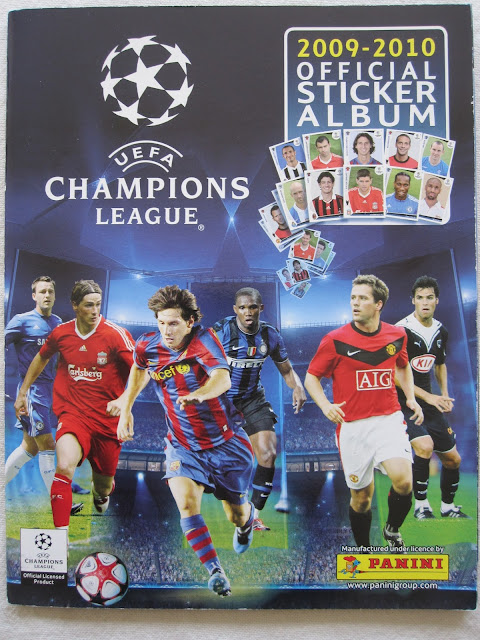 The 2010 edition does not differ much from the previous one, except for the appearance of the teams in the album, which is not anymore according to the alphabetic order, but it follows the division of the teams in the group stage.
There are 4 introductory stickers on a silver foil: Champions League logo, final in Madrid, the ball of the final and the cup 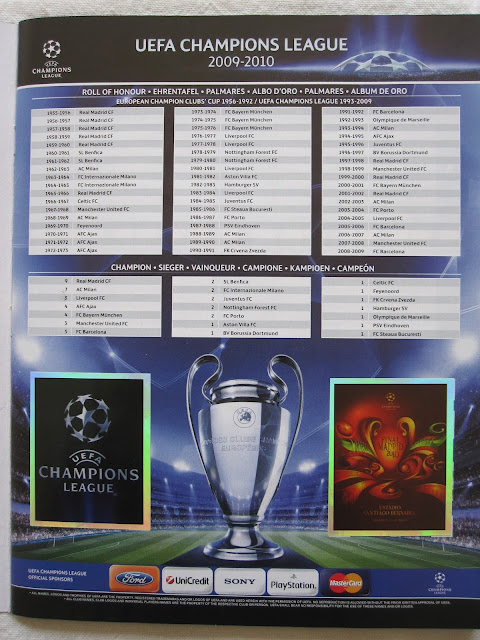 The cup will be raised in Madrid by Internazionale Milano, after an extraordinary season, where they won the Italian league, the Italian cup and the Champions League defeating the winners of the Premier League (Chelsea), the Liga (Barcelona) and the Bundesliga (Bayern Munchen). A well deserved trophy! 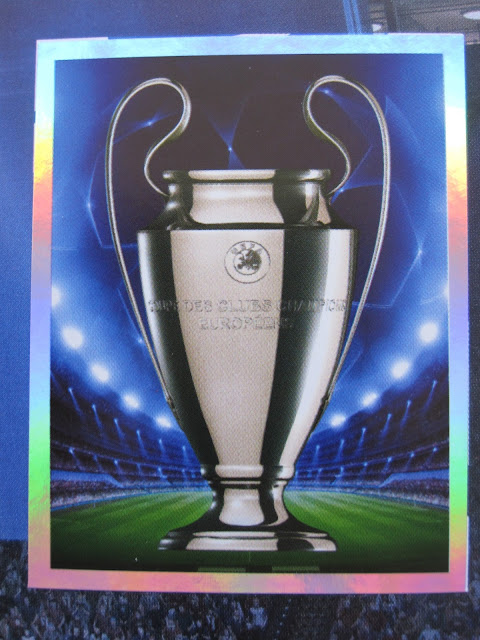 The title holder Barcelona did a great performance but it was defeated by Inter in the semifinal. After losing 3-1 in San Siro, they did not manage to do better than 1-0 in Camp Nou, after a thrilling match in which Inter played most of the game with 10 players. In Barcelona we can find Ibrahimovic, who was transferred from Inter in an exchange with Eto'o. 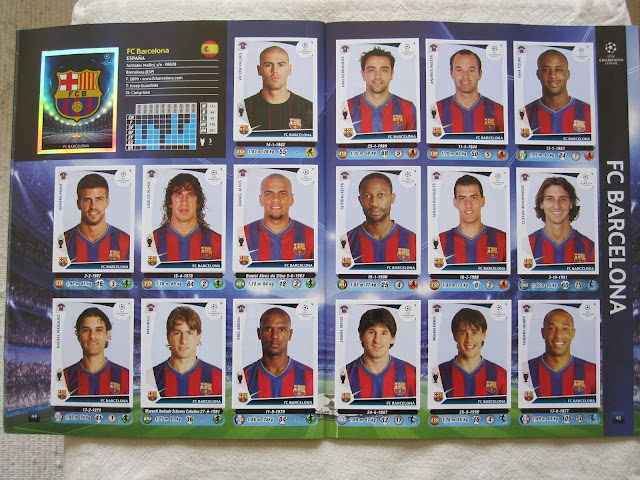 This is FC Internazionale Milano as it appears on the album. The main characters of the season were Julio Cesar (great savings against Barcelona and Bayern), Samuel (named "the wall"), Cambiasso (amazing play-maker), Sneijder, Eto'o and Milito (two spectacular goals in the final). 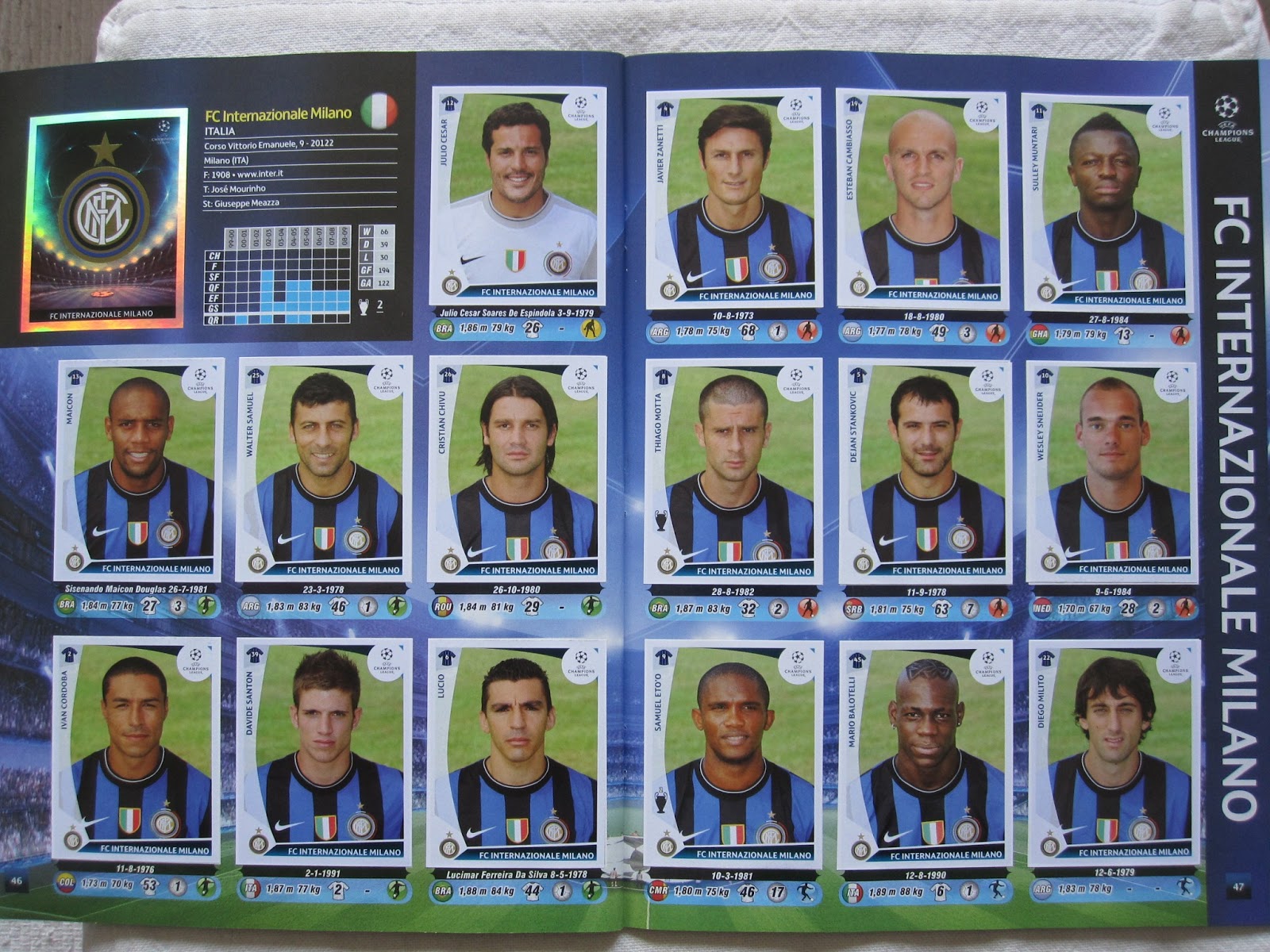 For Real Madrid stars (Kakà, Ronaldo, Raul, Benzema), it was a disappointing season. 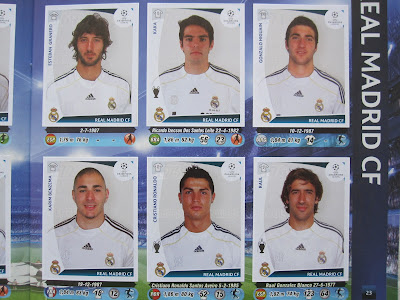 In the last part of the album there are other 16 stickers: 14 of them are dedicated to the Uefa club football awards winners (Buffon, Cech, Terry, Puyol, Seedorf, Lampard, Gerrard, Xavi, Kakà, Ronaldinho, Eto'o,Ronaldo, Raul, Messi) and 2 stickers to the Women's Champions League (logo and trophy). 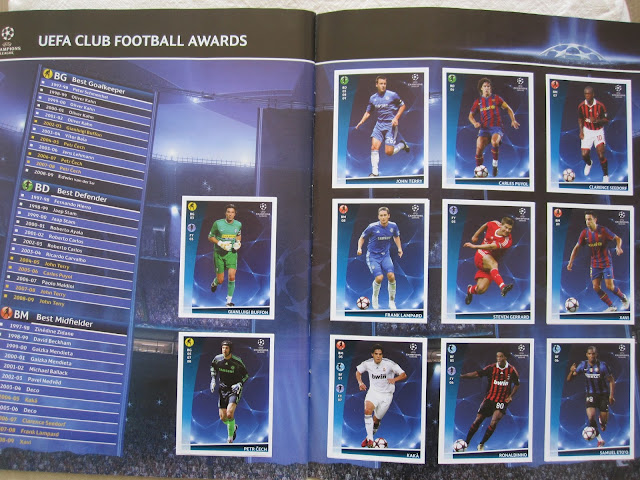