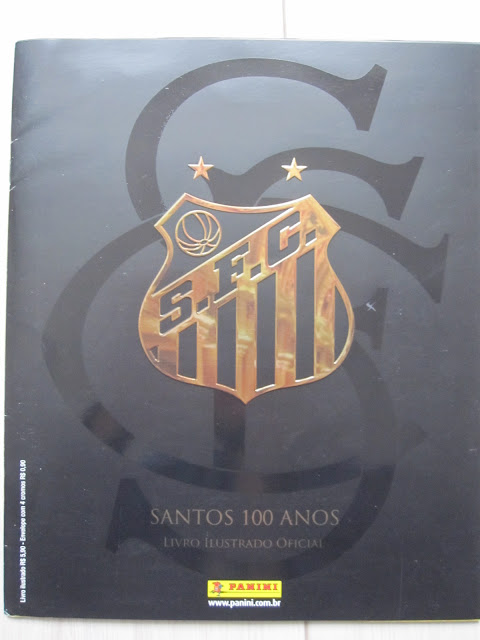 To celebrate 100 years of the legendary Football Club Santos, Panini Brazil released in 2012 a spectacular sticker album. The collection is one of the best ever issued for quality of the album, graphics and stickers. The same style of the album was later re-used by Panini for the collections Brasil de Todas as Copas and Santa Cruz 100 anos.
The album has a fancy black cover with the golden club logo in relief and it begins with an introduction about the club and the first sticker: a fabric club badge celebrating the 100 years of the club 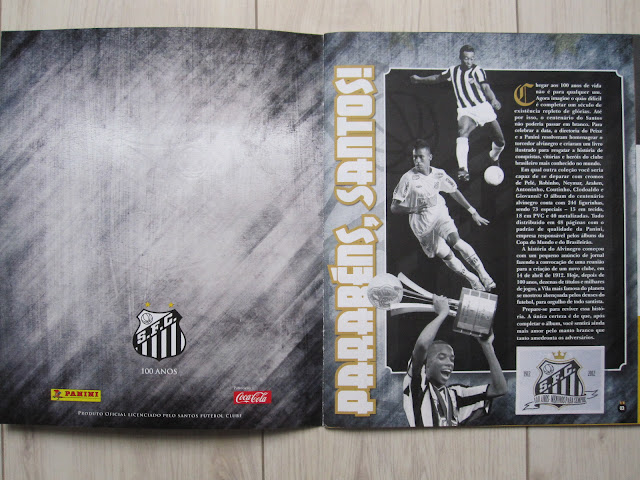 The album shows then a page with the four club badges used during the history of the club. These four stickers are also made of fabric material. This page has an extension that compose a triple page with the summary of the club history. Here we have two fabric stickers (club flag and mascot) and three transparent foil stickers (with the three actual uniforms). This triple page is also a table of content of the album, indicating pages of each section along the history of the club. The album continues then with sections covering the history of the club since its origin. The first section (Concordia...Brasil Atletico...Santos!) describes the foundation of the club with stickers of old pictures and the first cup won by the club: Campeonato Santista 1913. Then there is a double page dedicated to Vila Belmiro, the stadium of Santos (O Templo Sagrado). In the following sections more facts, events, results, historical players are shown until we reach the time of the great Pelé. He has a total of four pages with action stickers and shining portraits. 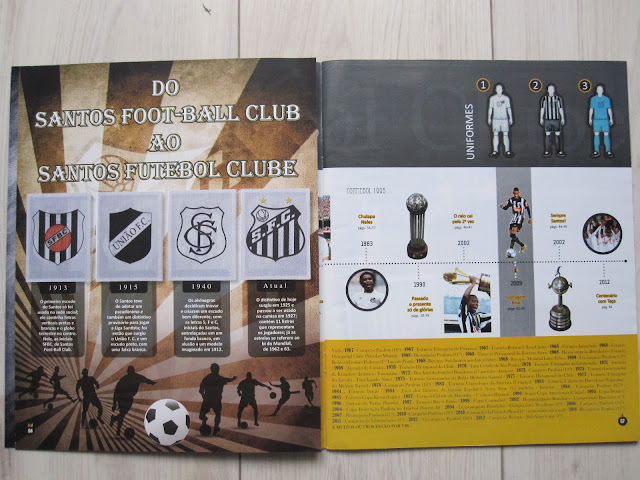 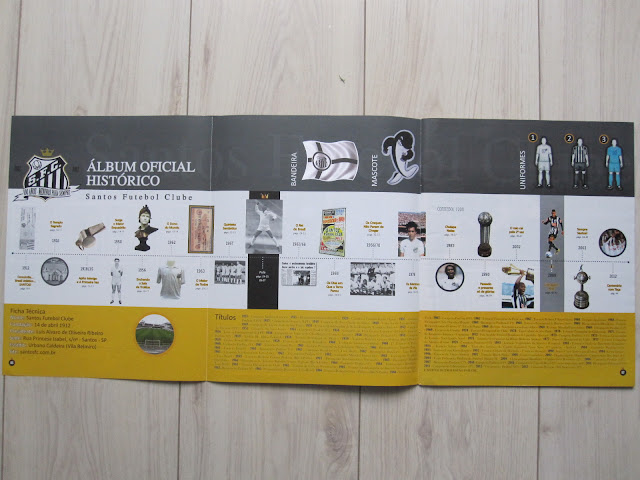 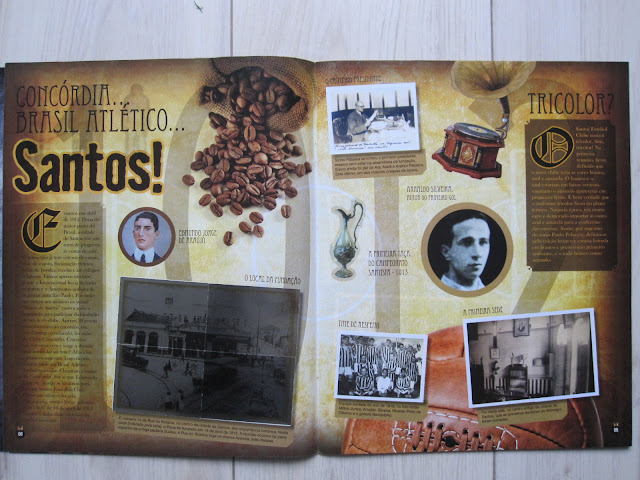 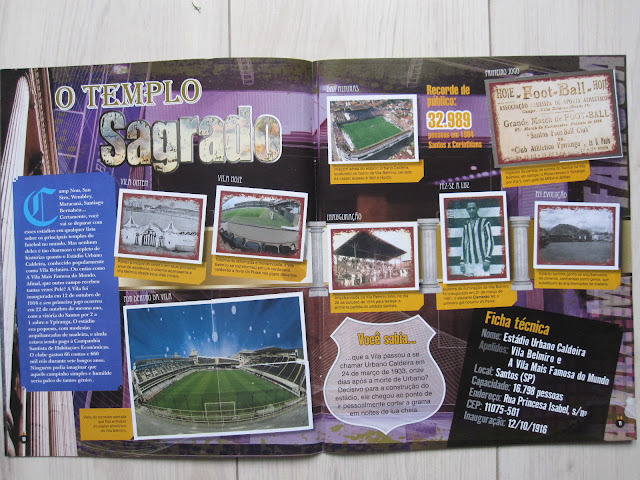 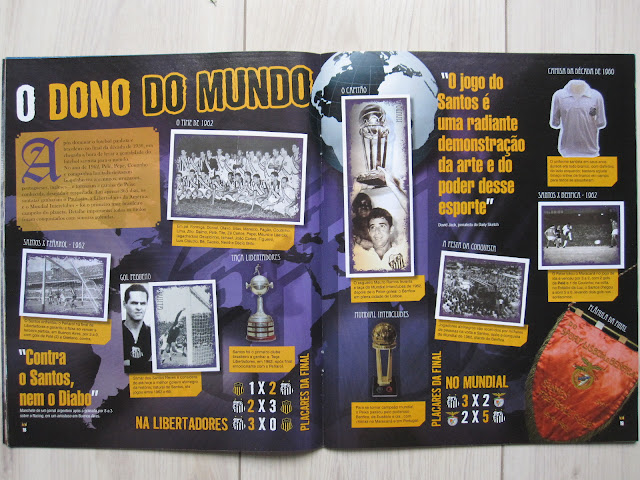 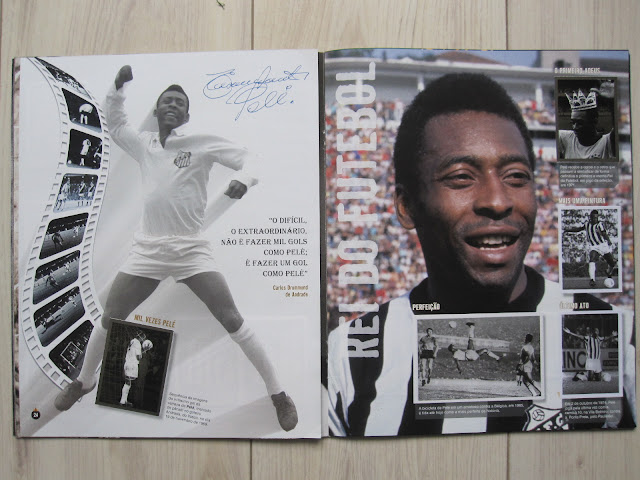 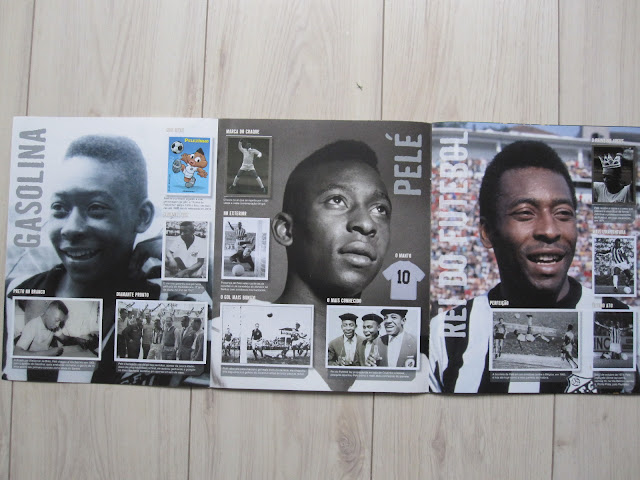 The triple page dedicated to Pelé 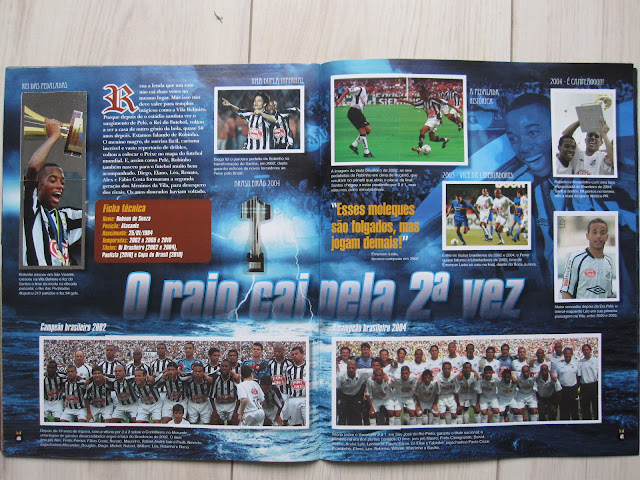 In the most recent history of the club we find players like Robinho, Diego and in particular Neymar. The latter is now a star of Barcelona, but he grew up in Santos and leaded the team to the conquer of its third Copa Libertadores in 2011. In the album there a large section dedicated to Neymar (Linhagem Real) with stickers of him in action, including a caricature and two shining stickers. 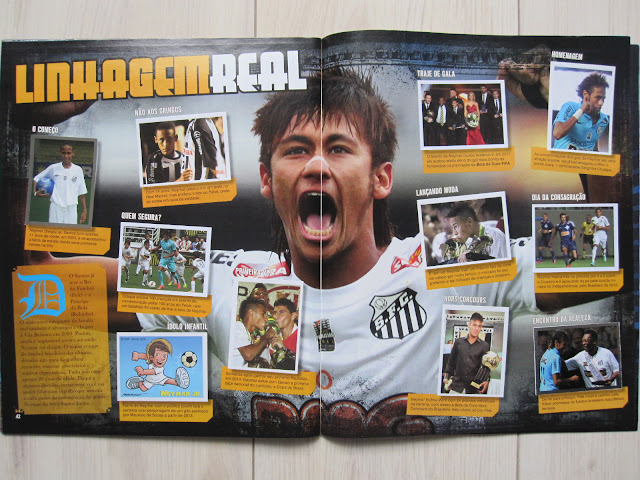 The last part of the album covers the most recent achievements of Santos: Libertadores 2011, Paulistao 2012, and Recopa 2012. 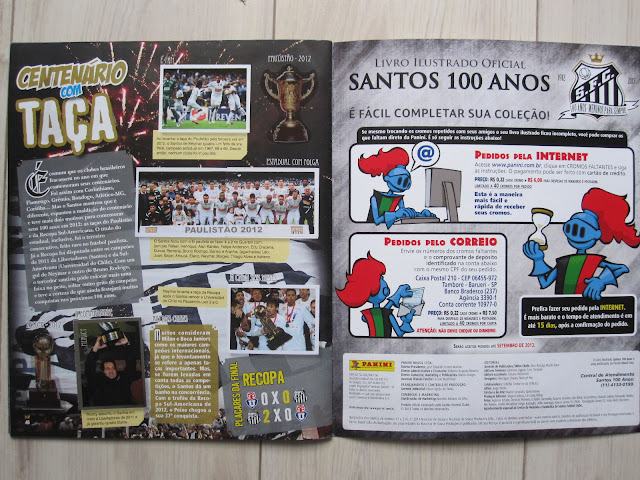 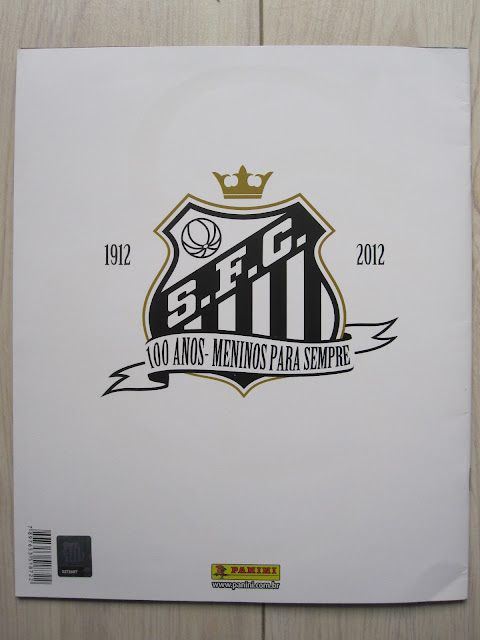 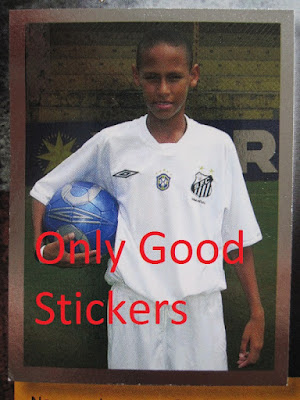 The beginning of Neymar at Santos:
this is his youngest sticker ever 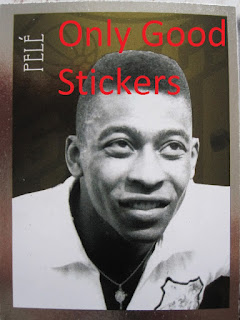 Pelé, a legend of FC Santos,
where he spent the largest part of his career