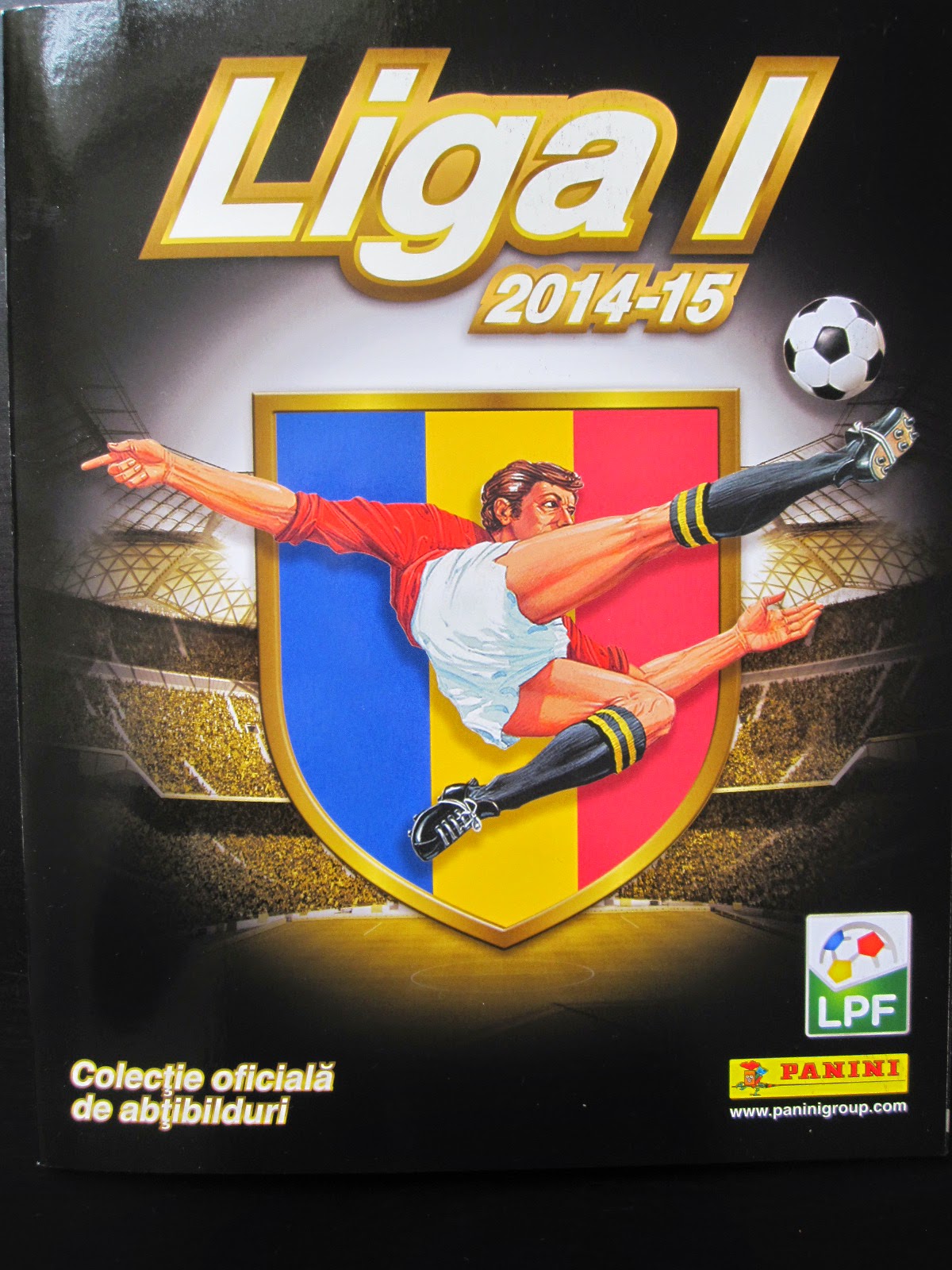 For the season 2014-15 Panini published the first ever sticker album of the Romanian League. The album features all the 18 teams of Liga I. It is a fancy album with 465 stickers and with the same look of the Superleague 2015 (Greek league). The album opens with three introductory shining stickers: the album cover, the Panini logo and the league logo (LPF). Then there is a section with the club logos and the supporters of each team ('Logouri, echipe si fani'). This section is distributed on 6 pages with a total of 54 stickers, three per team. The club logo sticker is silver shining, whereas the supporter photo is composed by a double sticker. 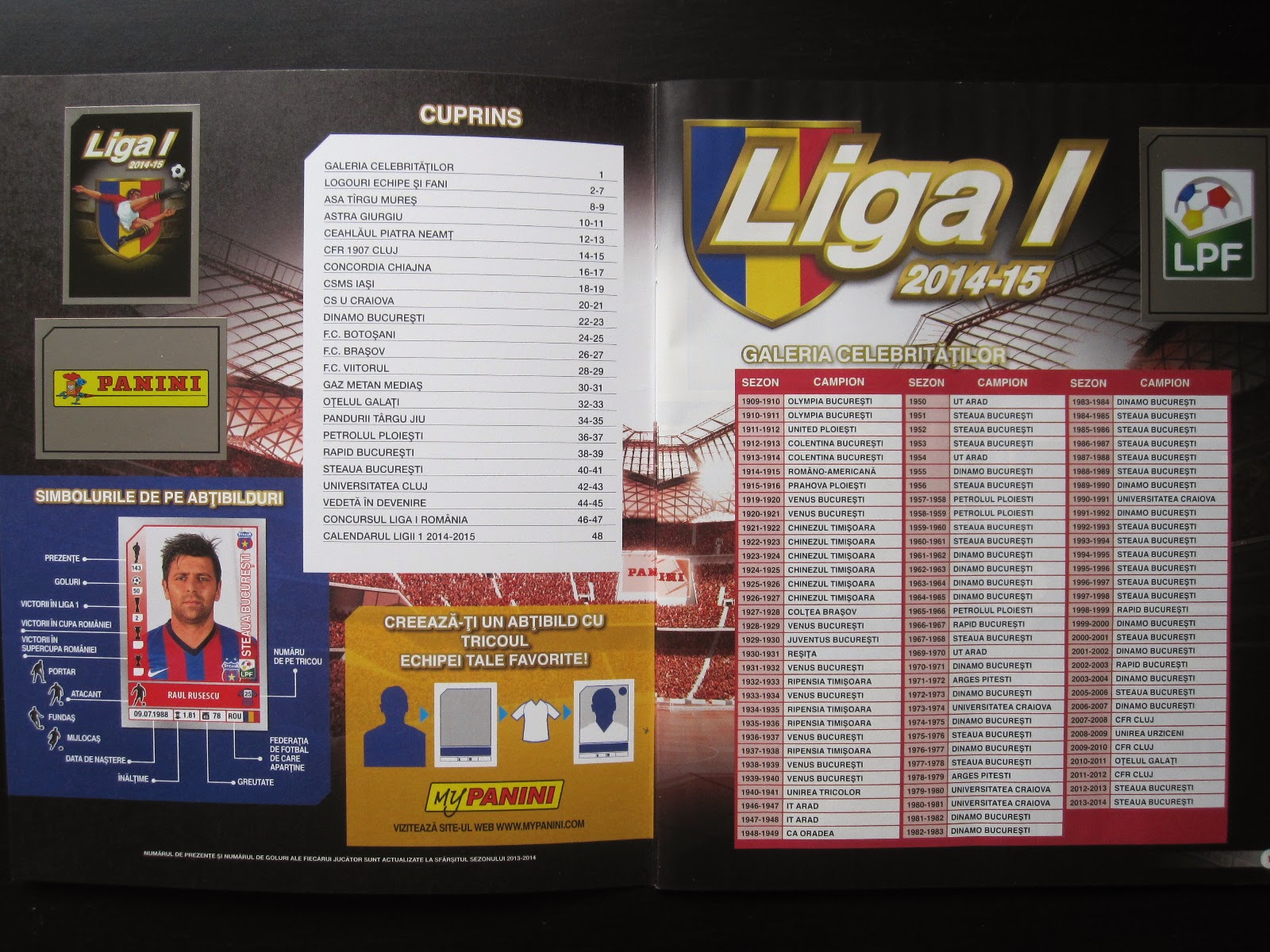 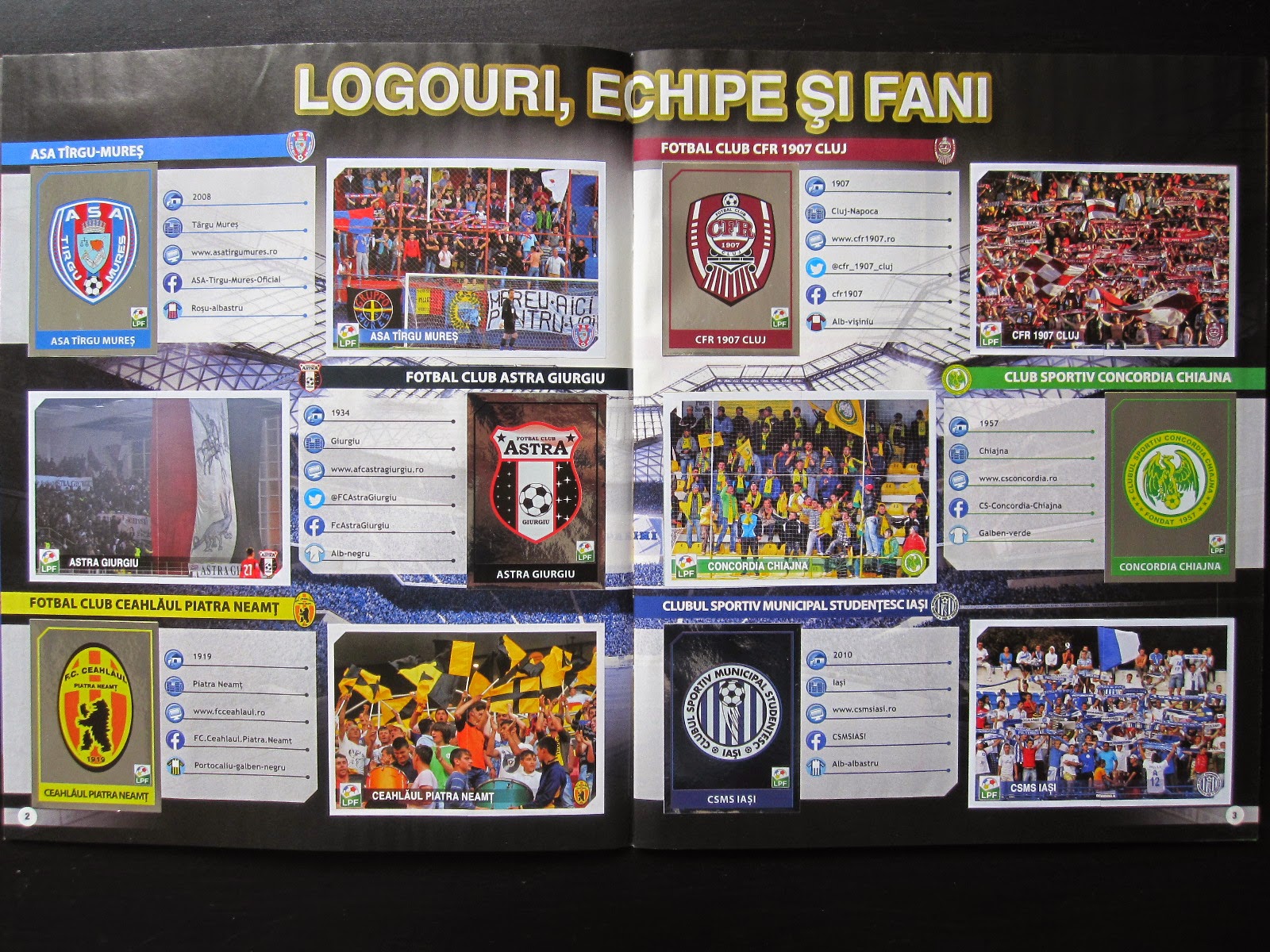 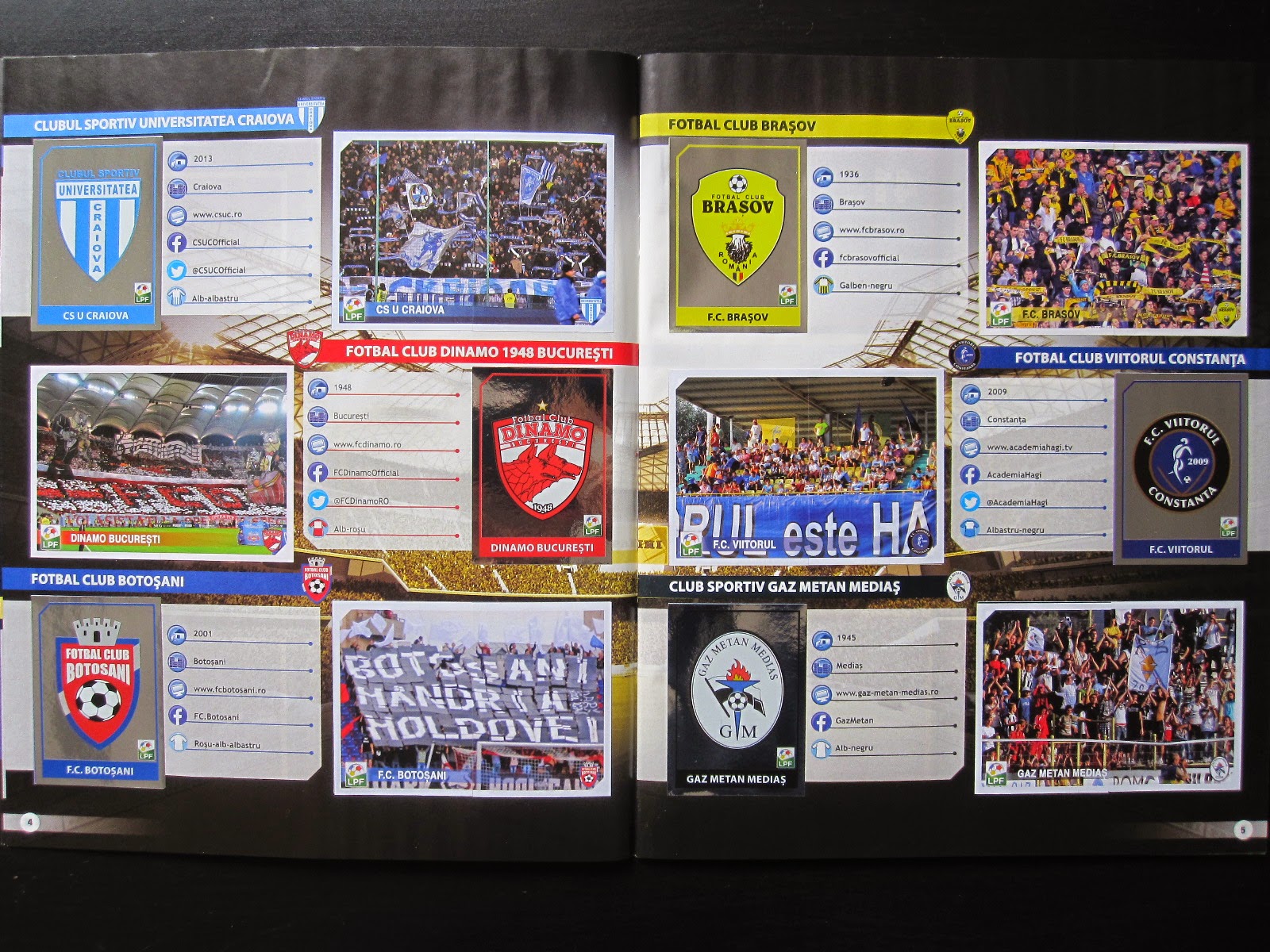 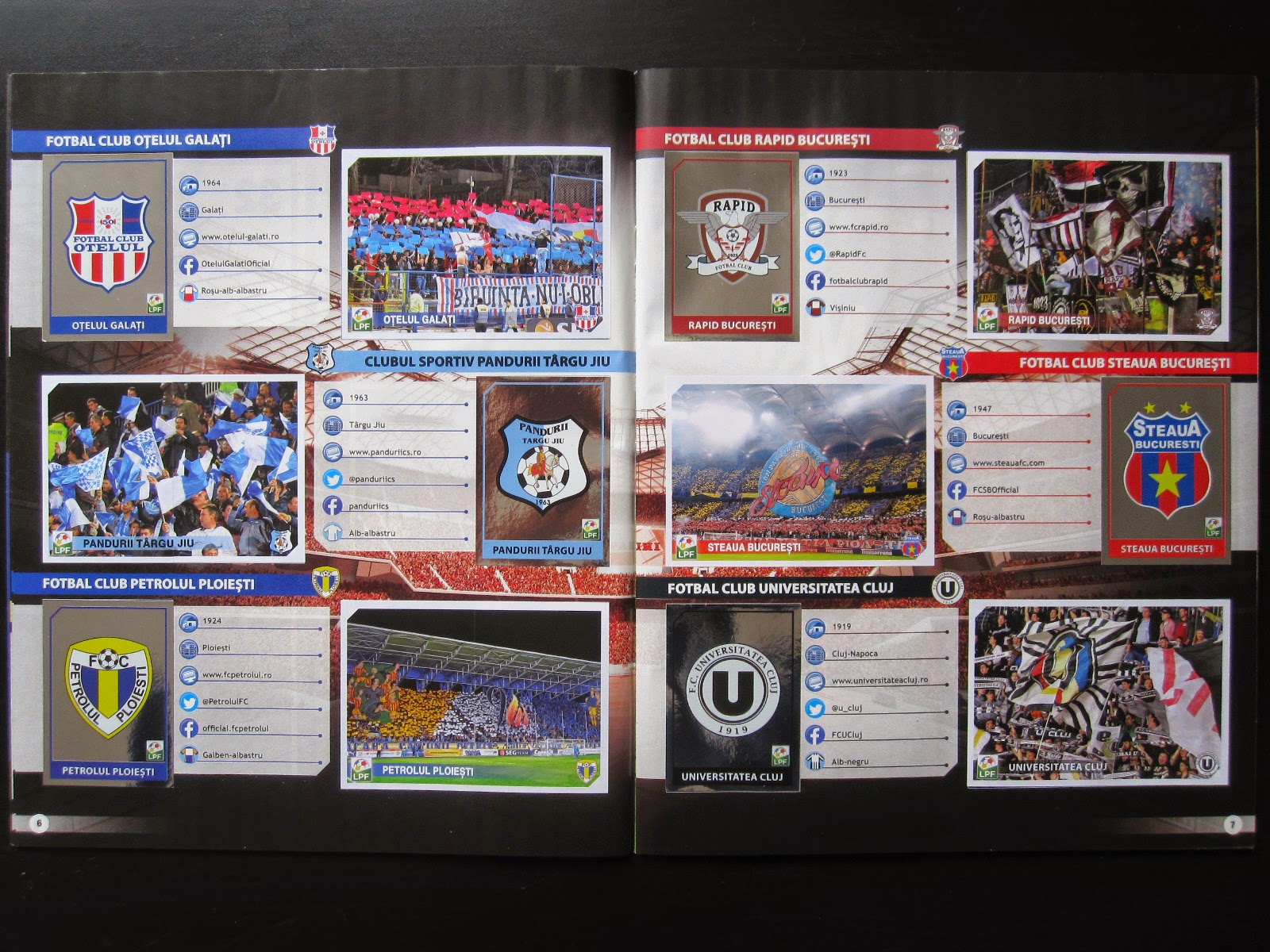 After the logos and the fans, all the teams are showed with a double page that contains 22 stickers: the team photo (two stickers) and 20 players. A nice feature of this album is that for each team there is one player sticker that has a silver shining border. The Romanian league includes historical teams like Steaua Bucarest, Rapid Bucarest, Dinamo Bucarest, and Cluj. 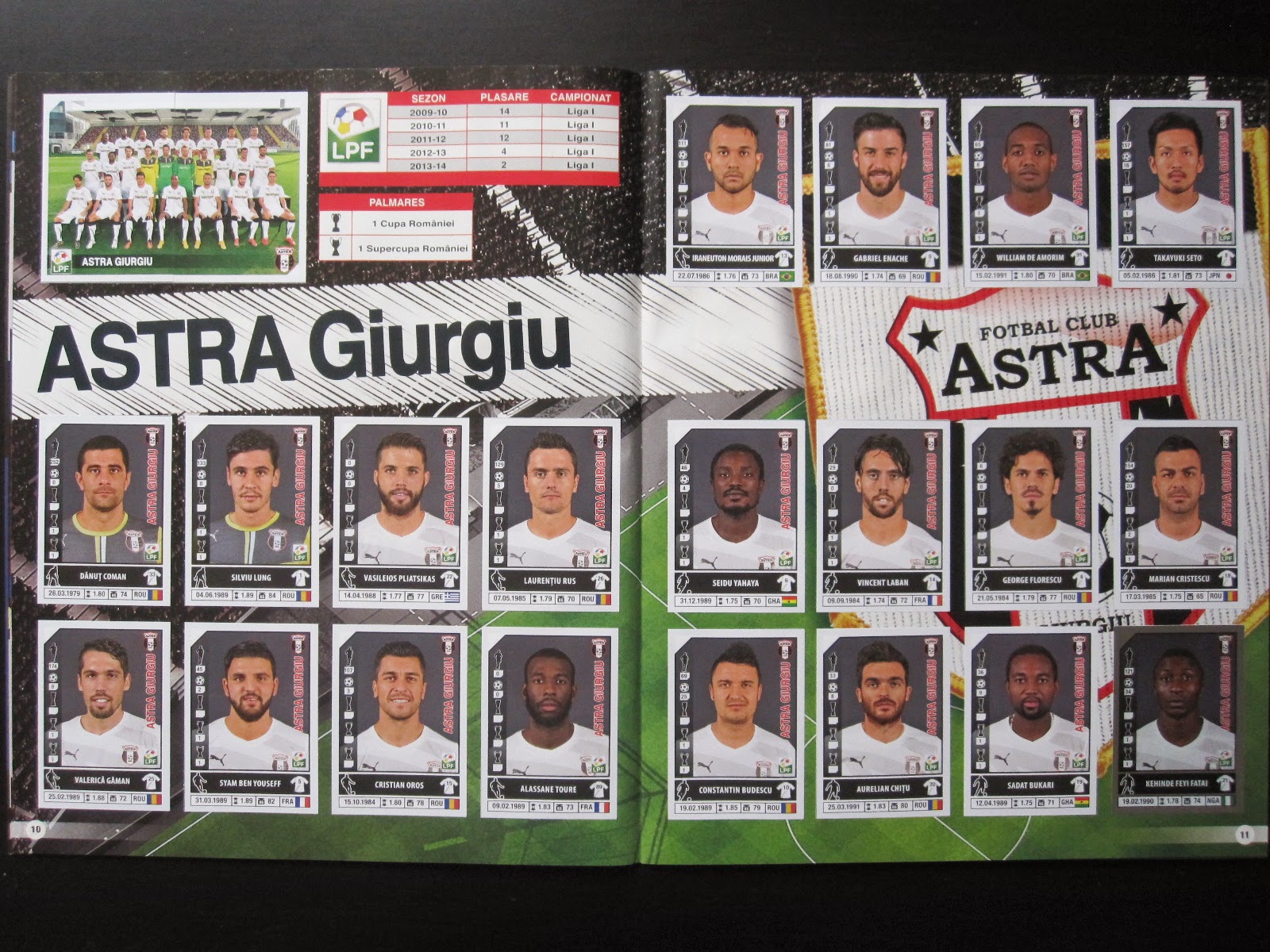 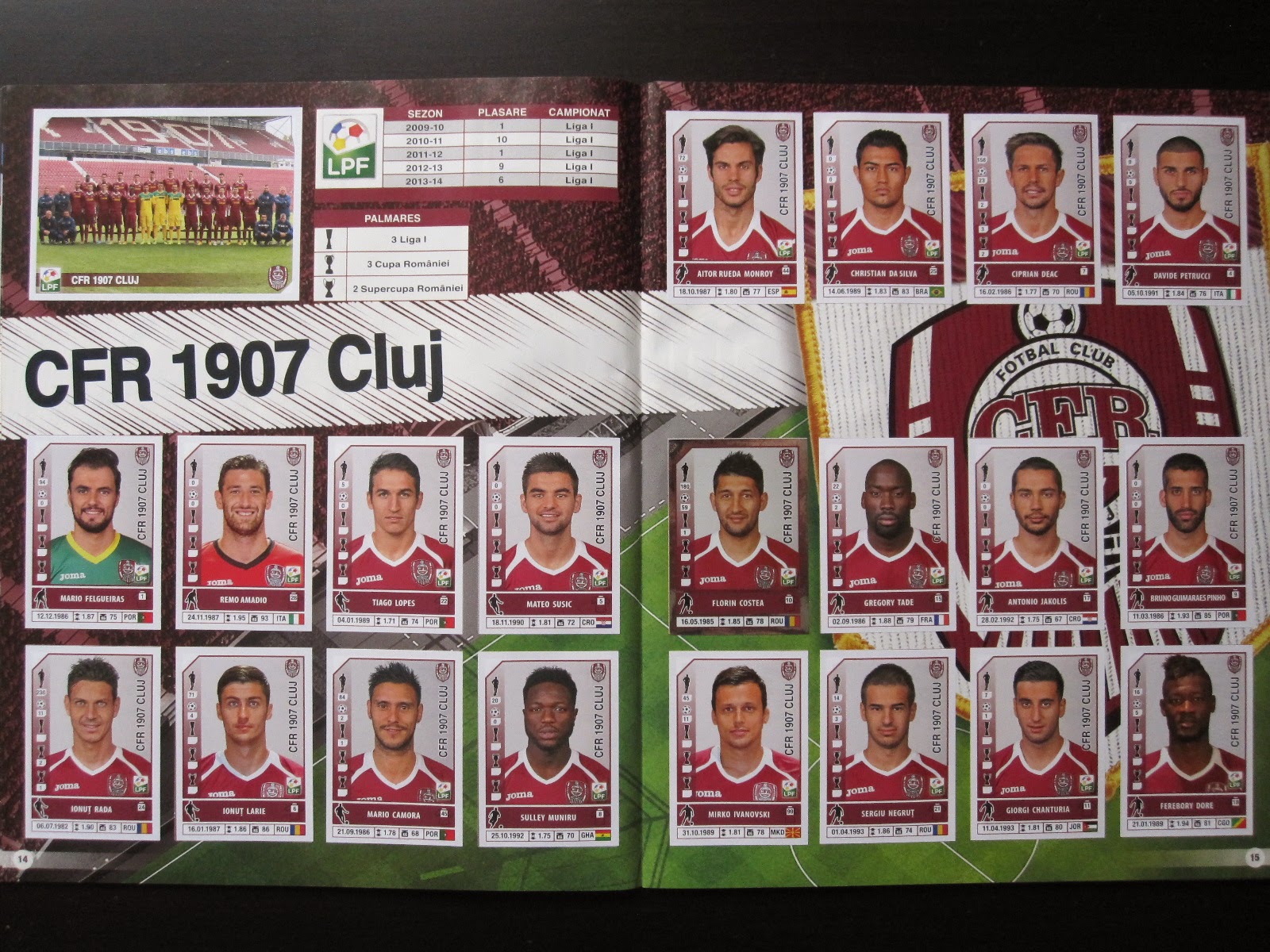 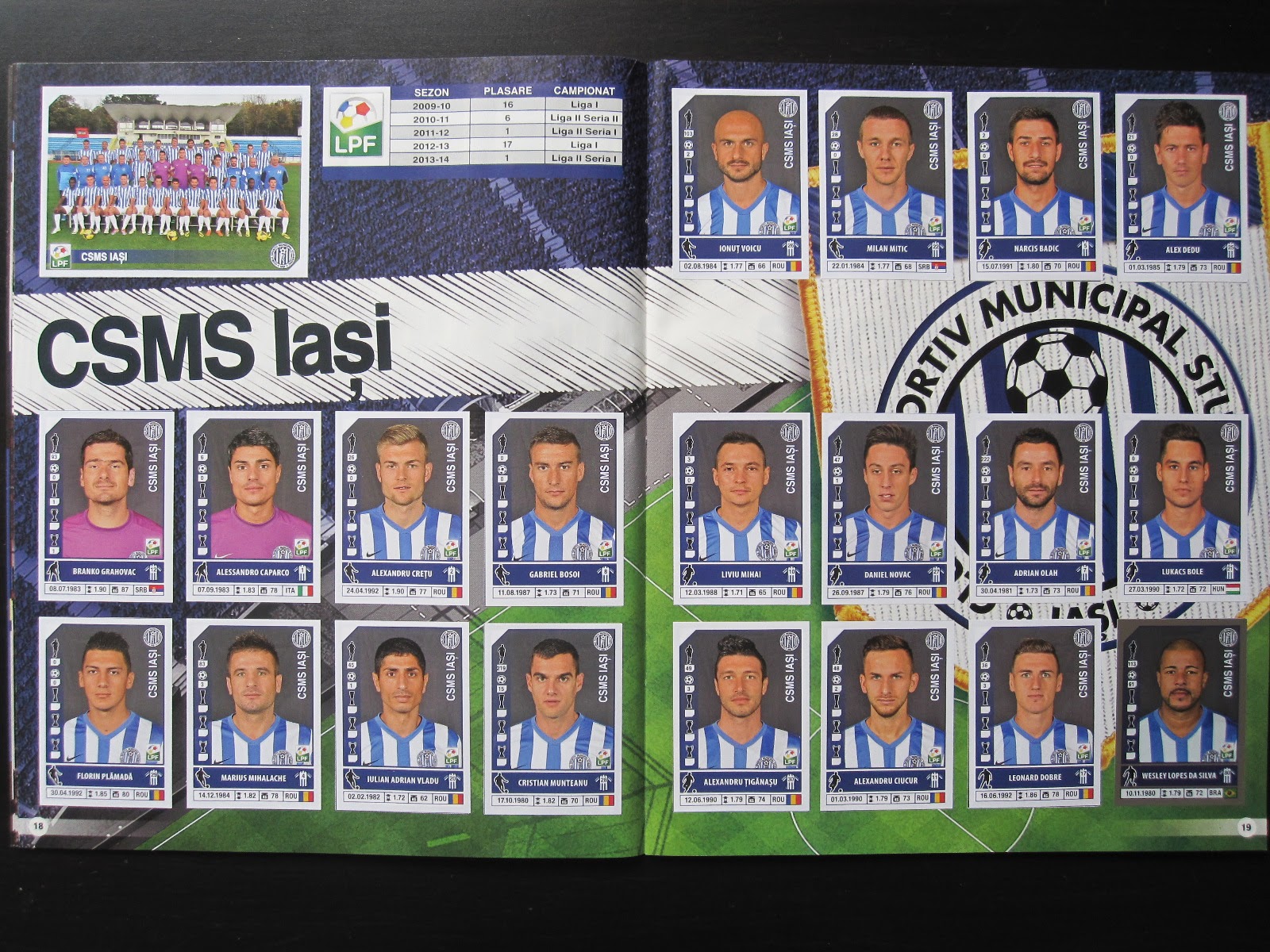 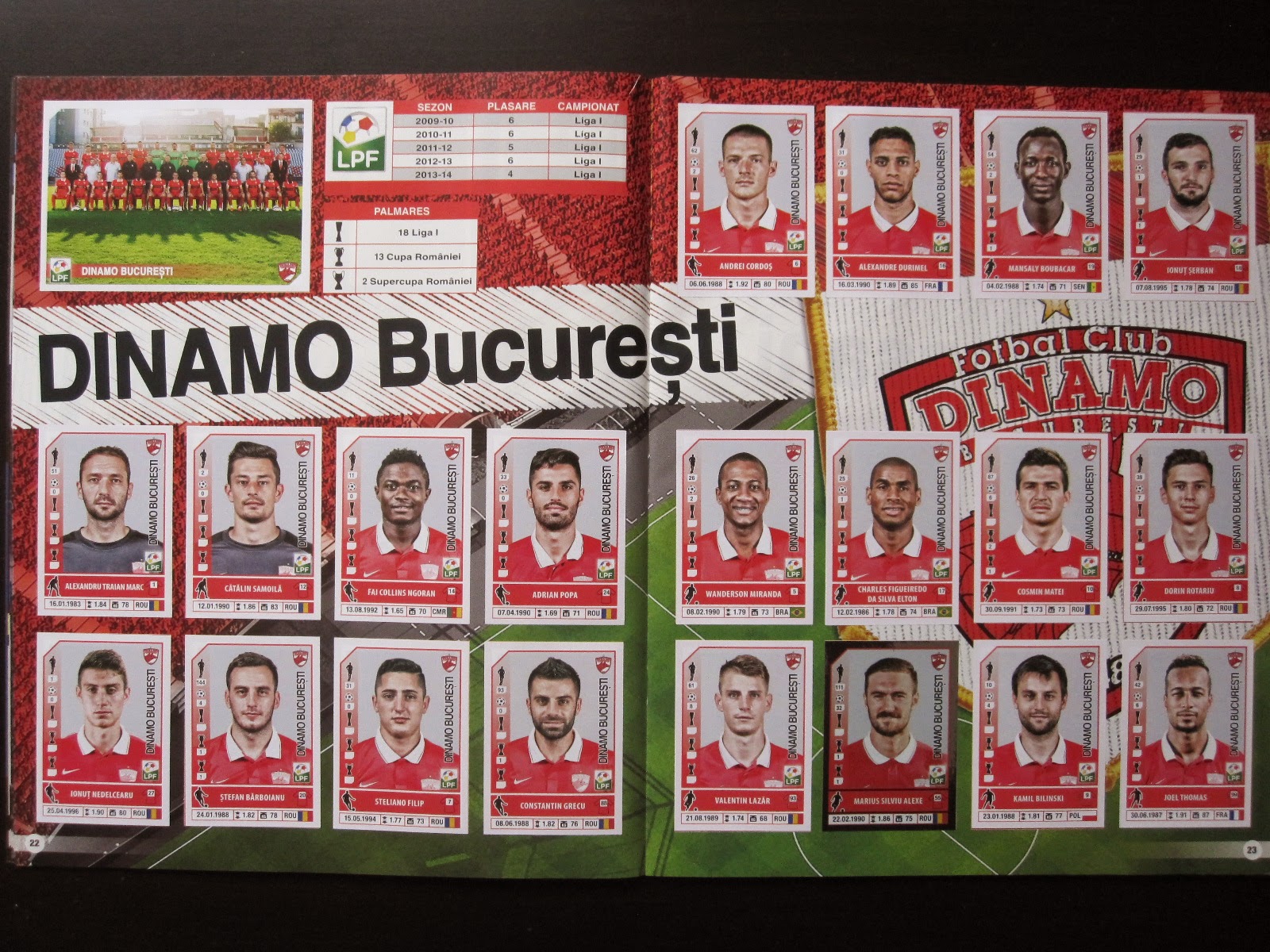 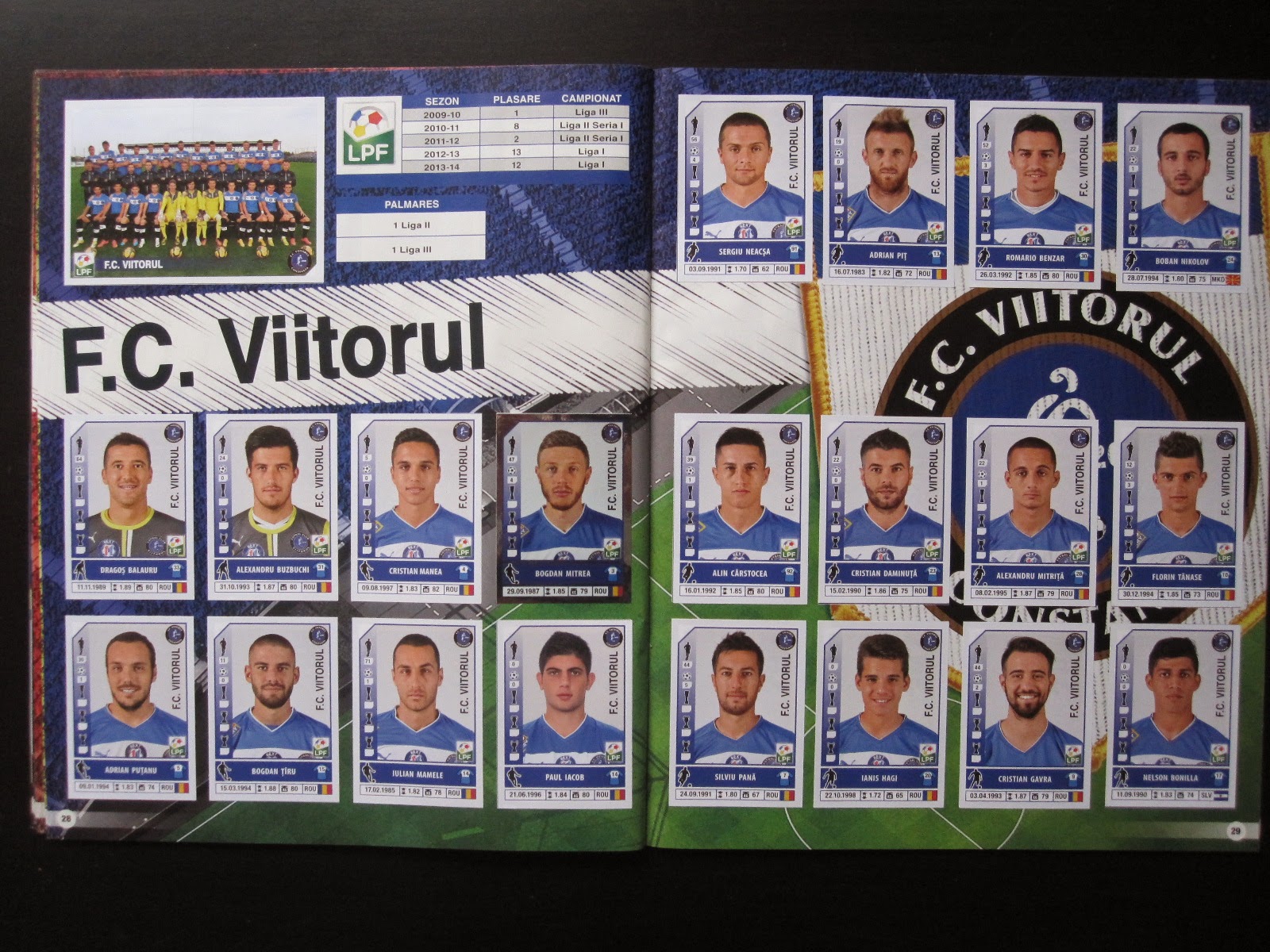 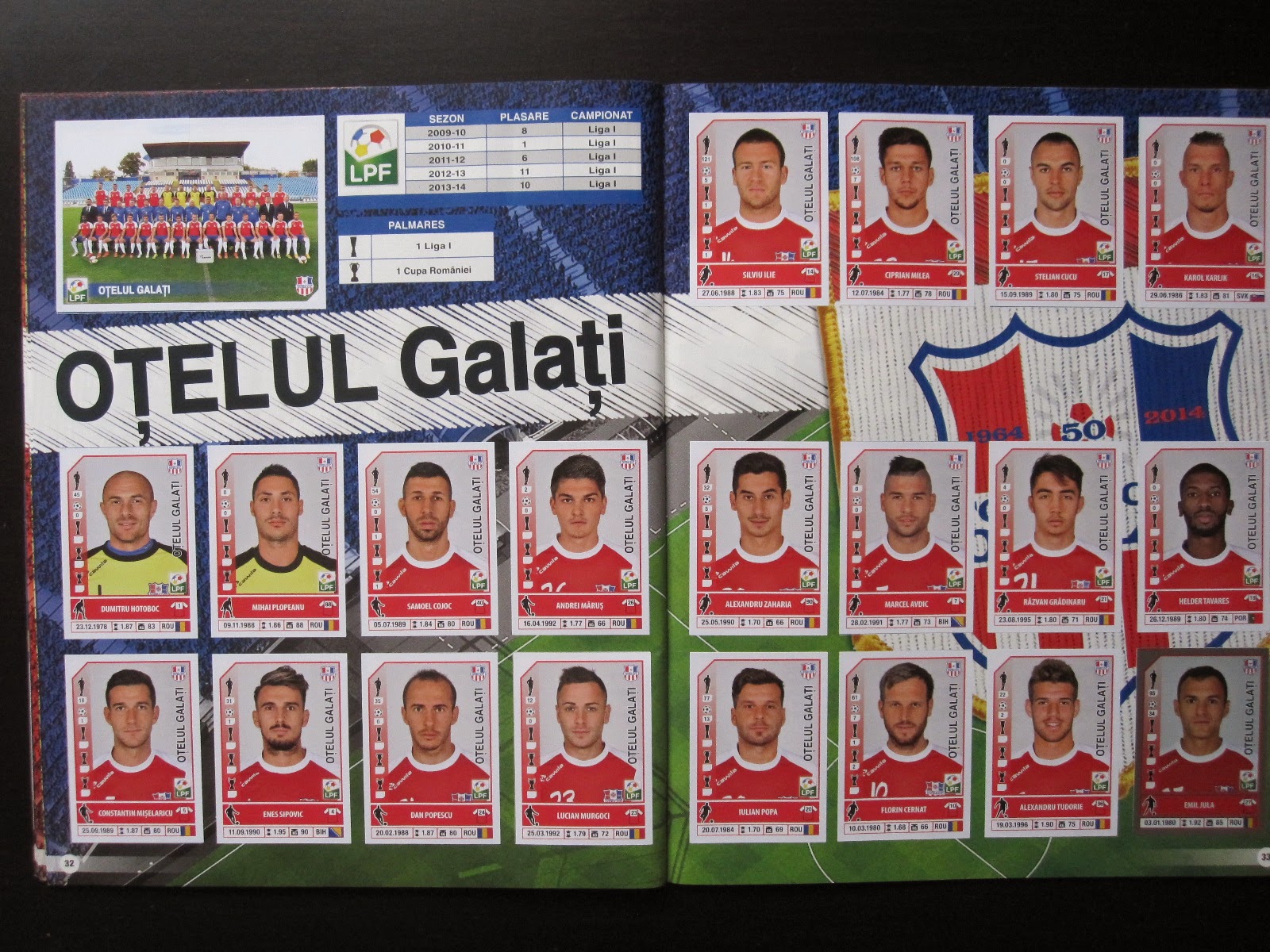 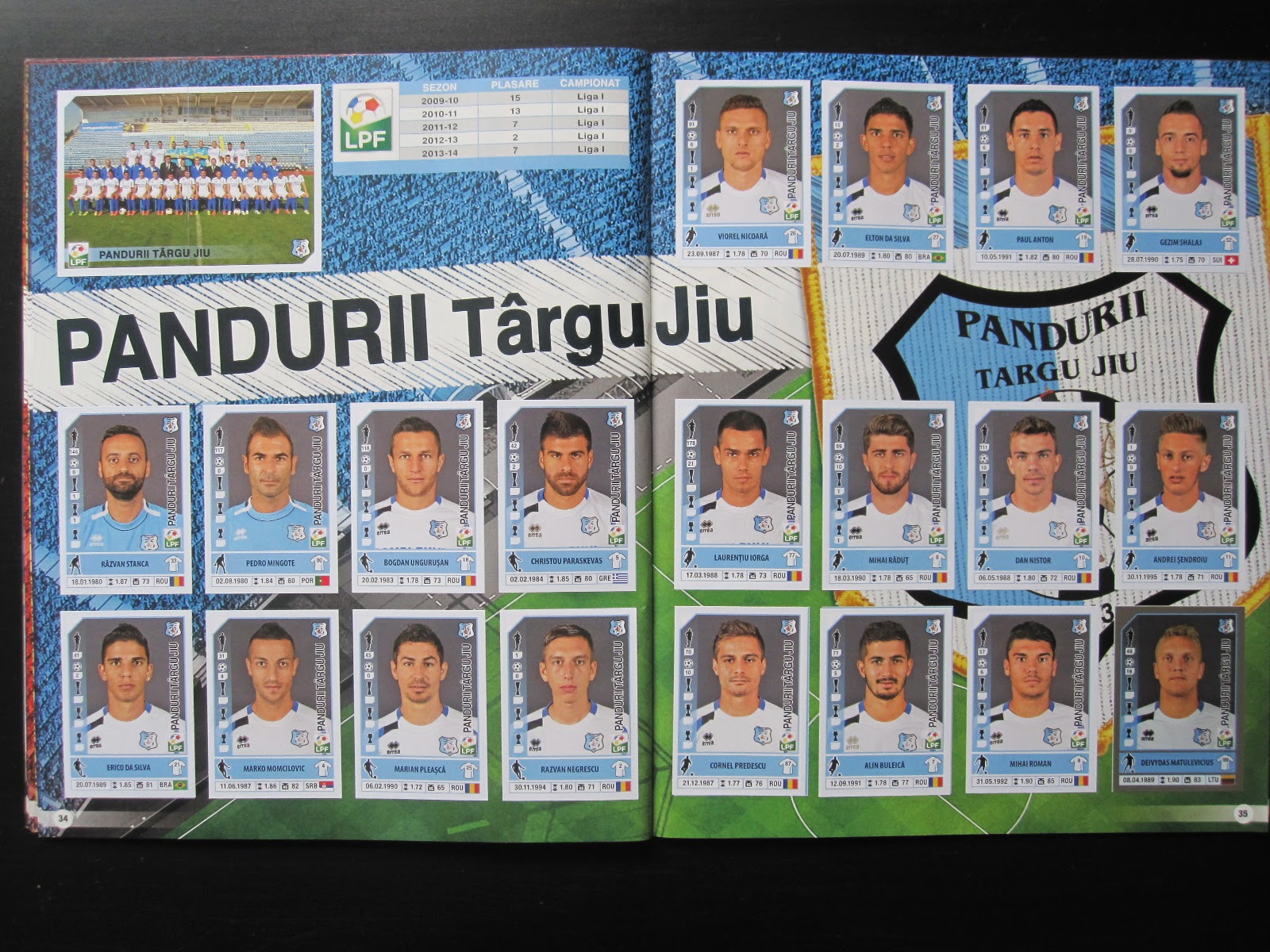 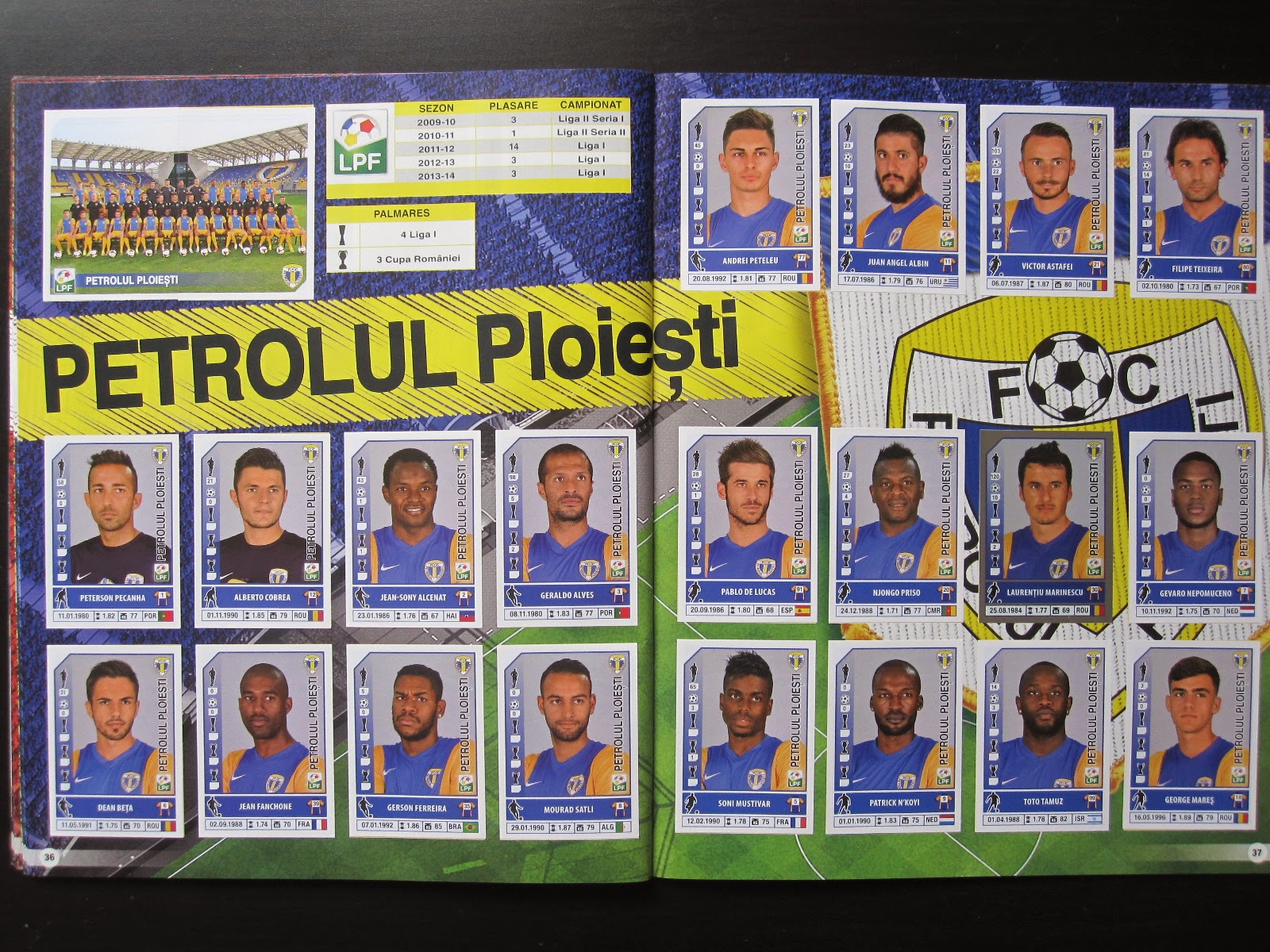 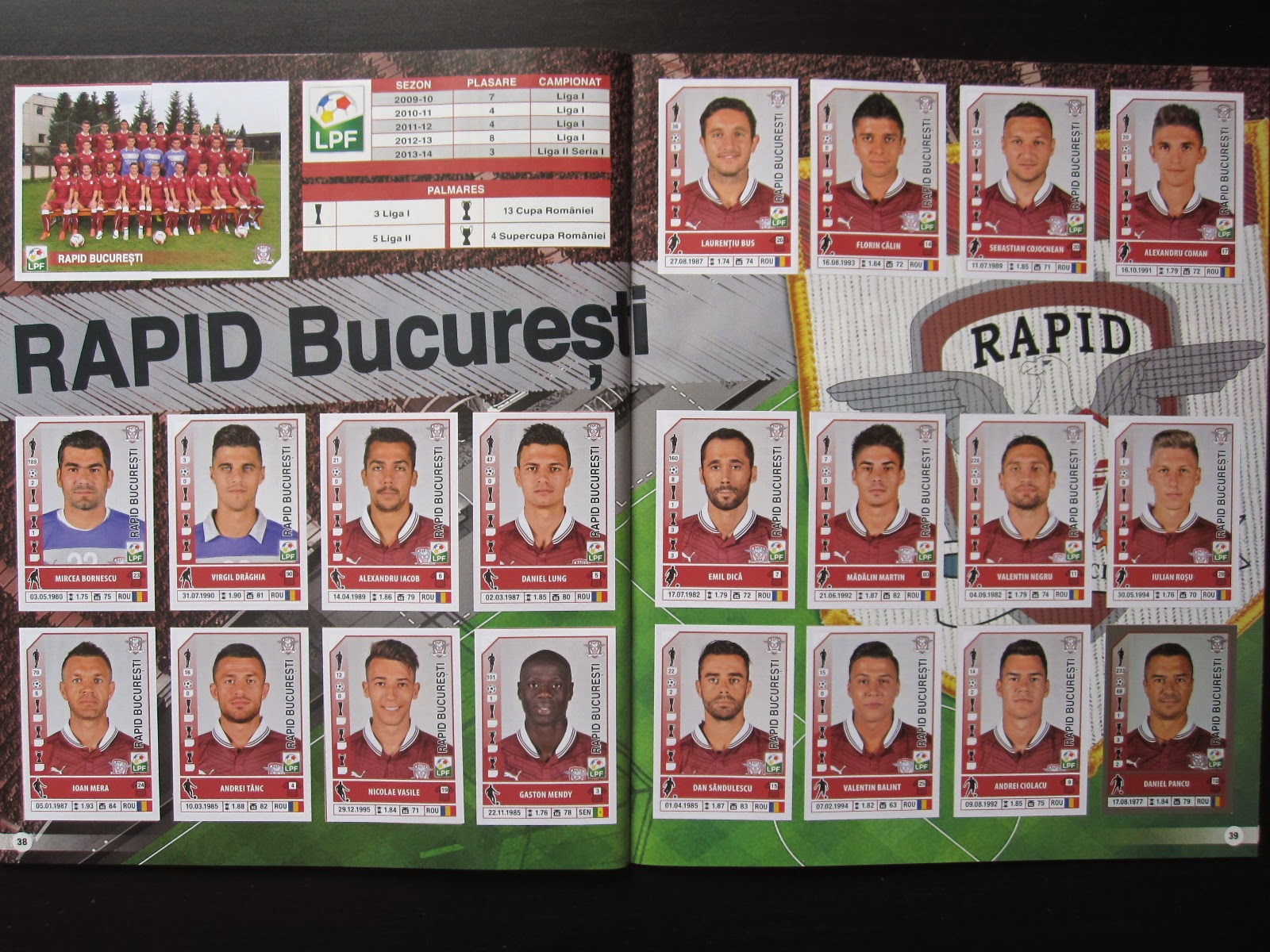 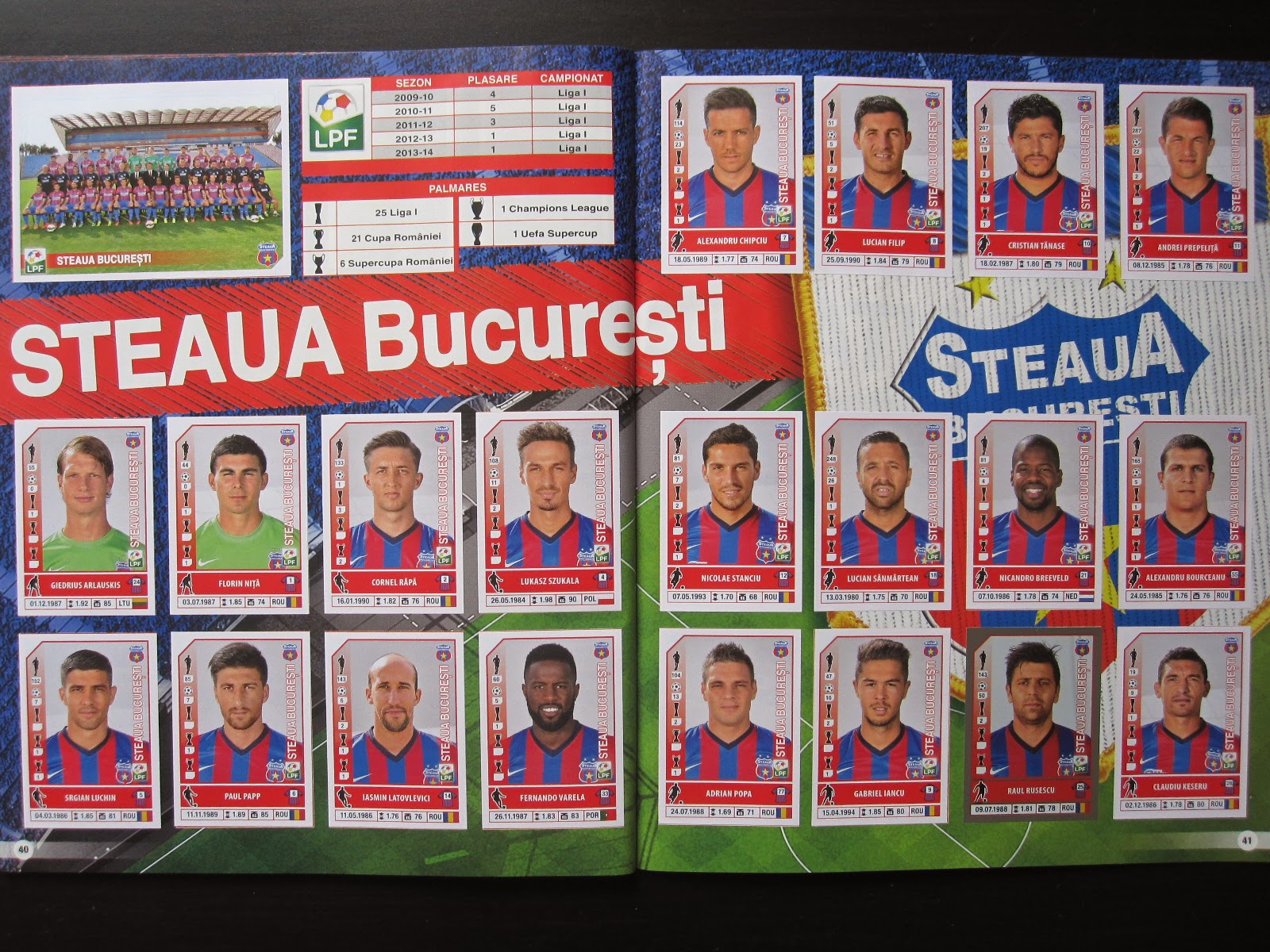 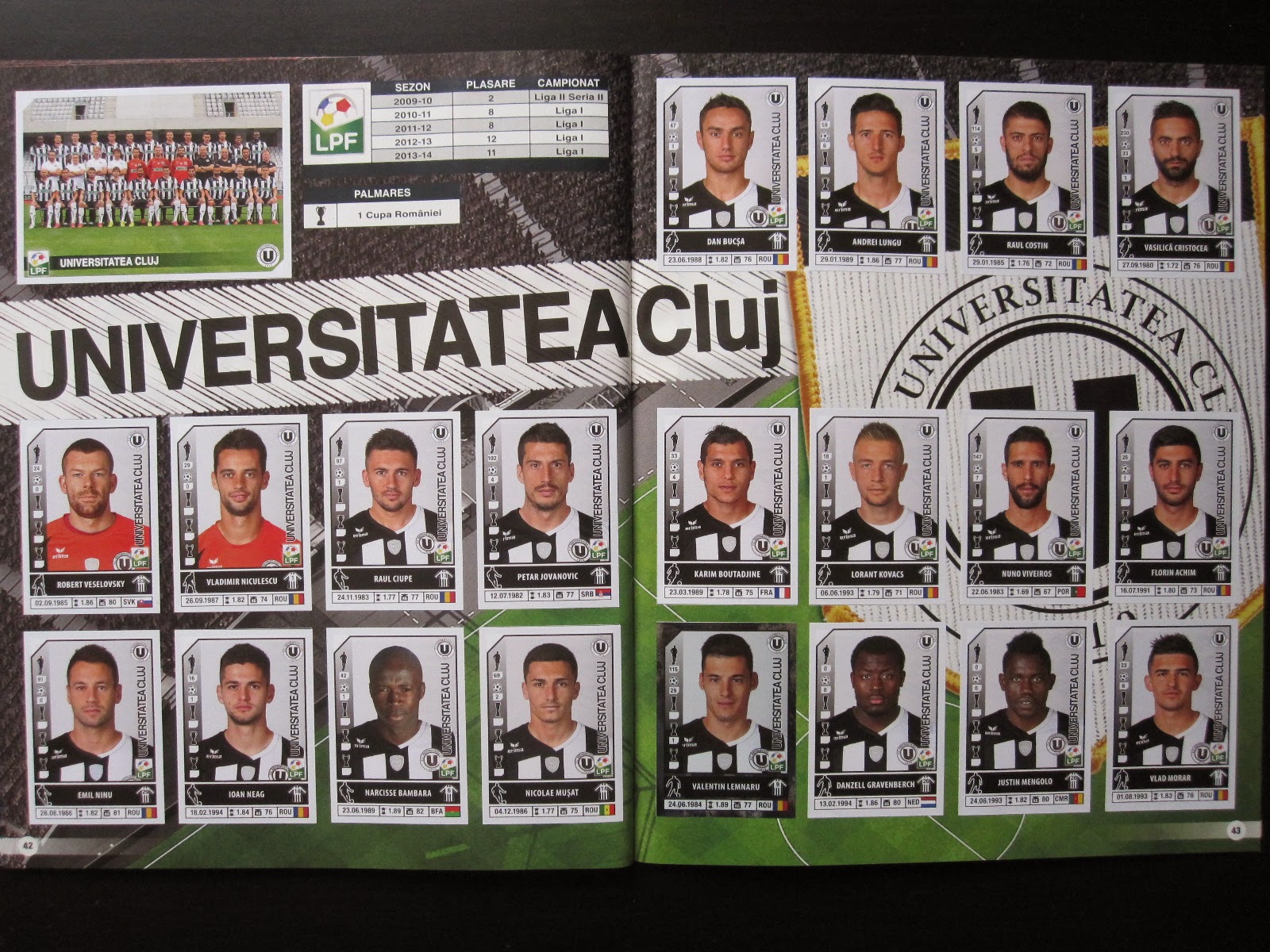 In this album we find several young prospects. At the end of the album there is a double page with the future stars of Romanian football ('Vedeta in devenire'). Twelve players have been selected, each with an action sticker. Among these we have Rotariu (Dinamo Bucarest), Manea (Viitorul), and Kovacs (Universitatea Cluj). 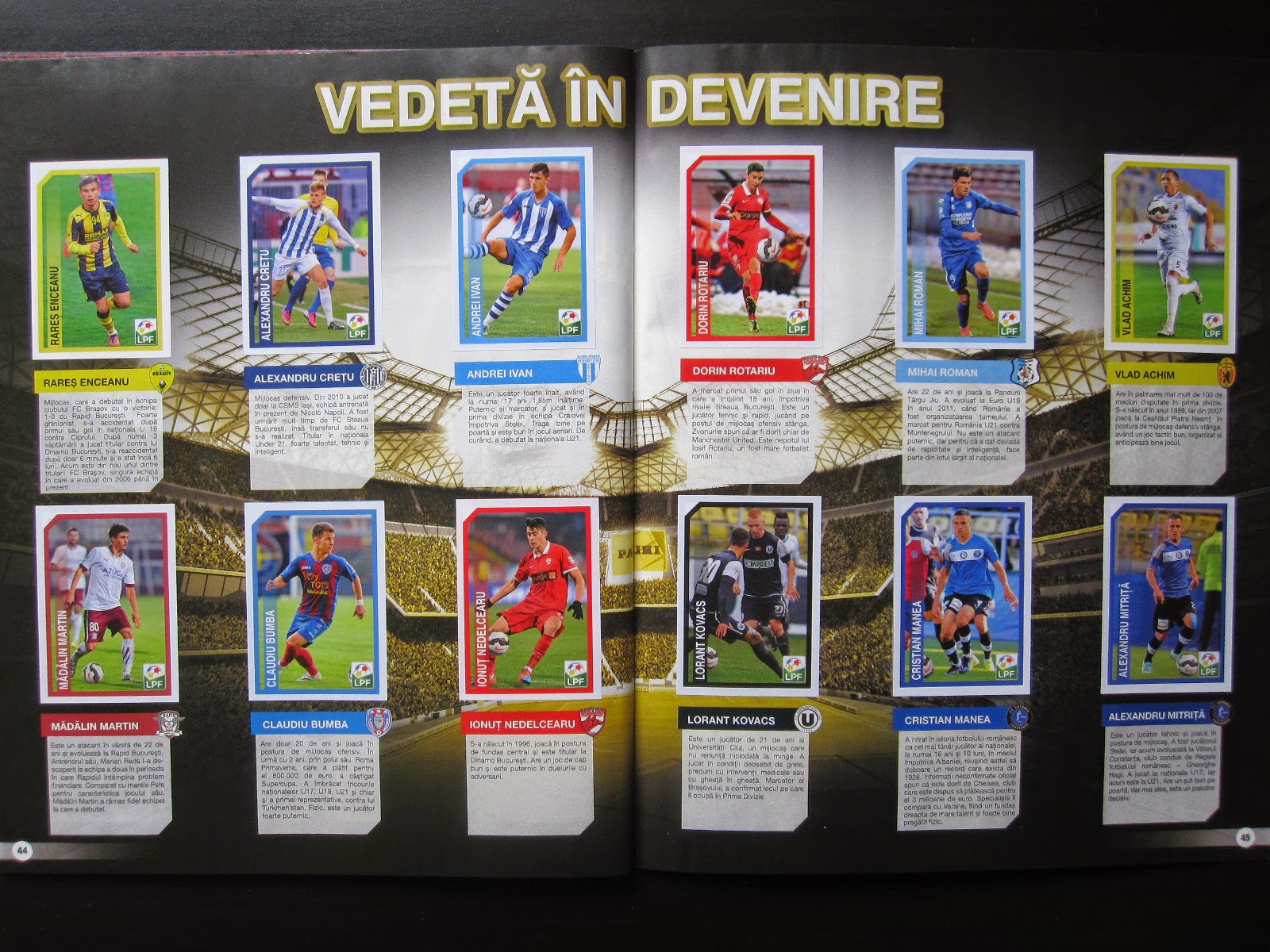 Three young players with a past in the Netherlands: the Georgian (not Jordan as mistaken by Panini) Giorgi Chanturia (ex Vitesse), Martinus Quenten (ex Heerenveen, Sparta Rotterdam, and Emmen), and Nepomuceno (ex Fortuna Sittard)

The three youngest players included: Andrei Ivan (1997) scored is first goal in the league already last season, Ianis Hagi (1998) is the son of the great Georghe Hagi and next season should play for Fiorentina, and Manea (1997) is one of the best prospects