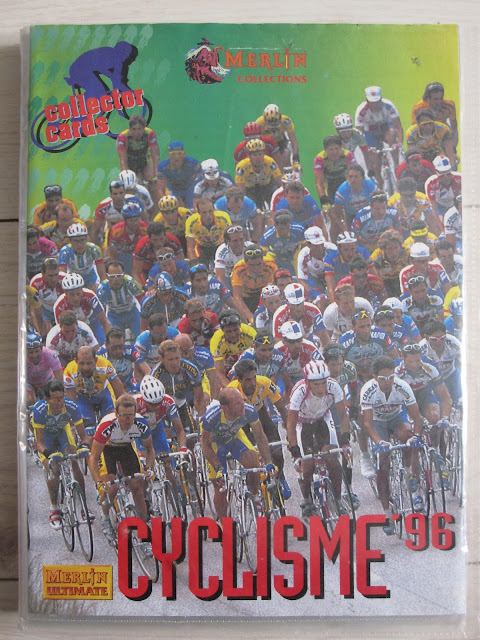 Cyclisme 96 is a card collection released by Merlin in France, Belgium and Switzerland in 1996. It includes all the best cyclists of the season divided by teams. Cards can be placed in a collector, which includes also a booklet with a review of all the teams and the main races of the season. 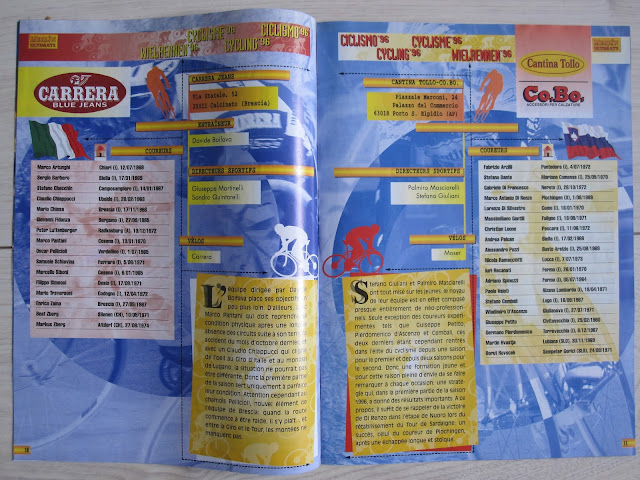 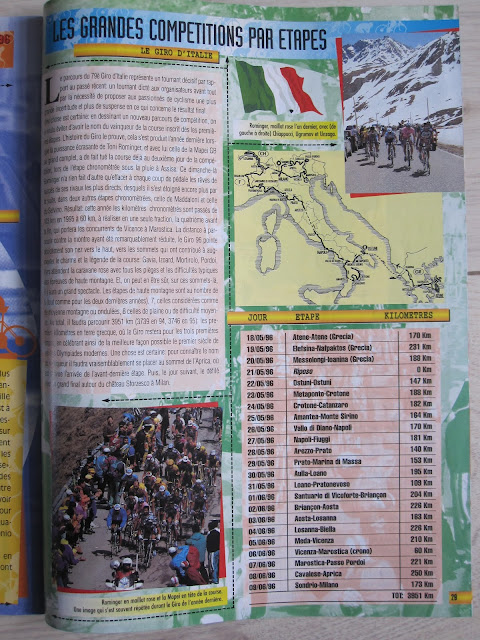 Cards are numbered from 1 to 234. There are 9 cards for each of the 26 teams included. Moreover, there are 9 cards with the complete checklist of the collection. Cards are printed on two sides: on the front the biker in action and on the back his details with grades about his skills in the mountains, sprint, and time trial. The best climbers of the collection are Pantani, Chiappucci and Indurain. These riders are the only ones with maximum grades in the mountains. The season 1996, however, was not very positive for them: Indurain lost the Tour de France title after five wins in a row, Pantani was recovering after a terrible accident in autumn of 1995, and Chiappucci was not competitive as the previous years. The collection is filled, however, with many successful riders. With start with the Mapei of Tony Rominger, Abraham Olano, Johan Musseuw, and Franco Ballerini. Then Jalabert (Once), Bugno and Bartoli (MG), Berzin and Gotti (Gewiss), Cipollini, Casagrande and Cassani (Saeco), Virenque and Dufaux (Festina), Zabel and Rijs (Telekom), Gilberto Simoni (AKI), and so on. 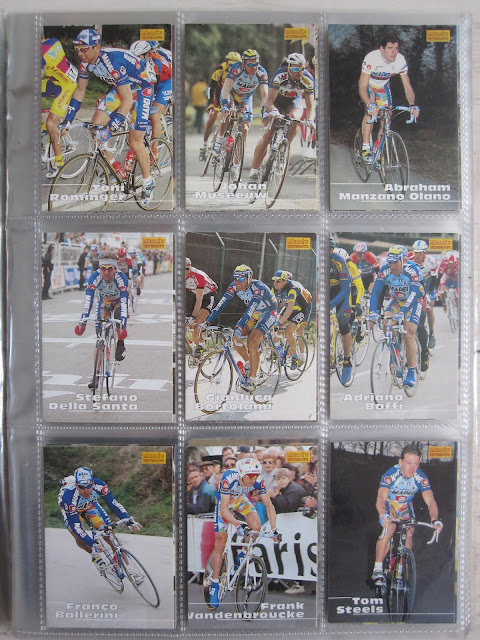 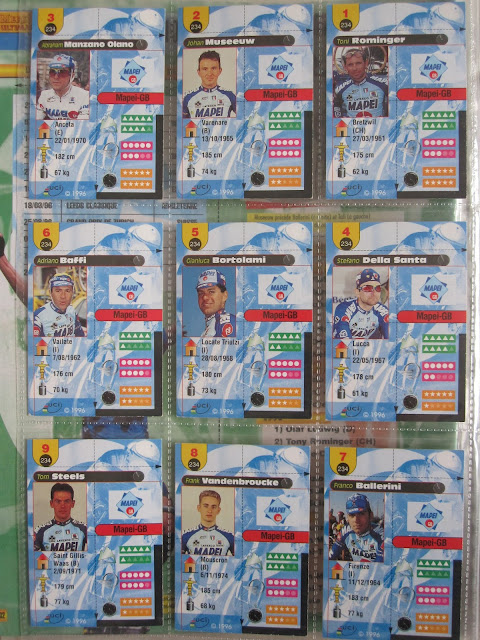 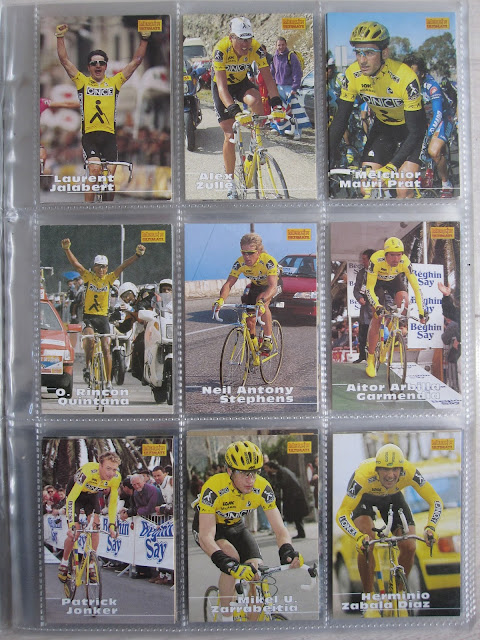 The ONCE of Jalaber and Zulle 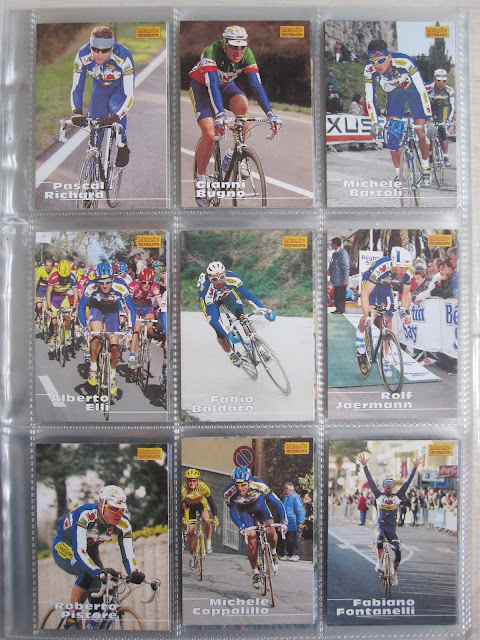 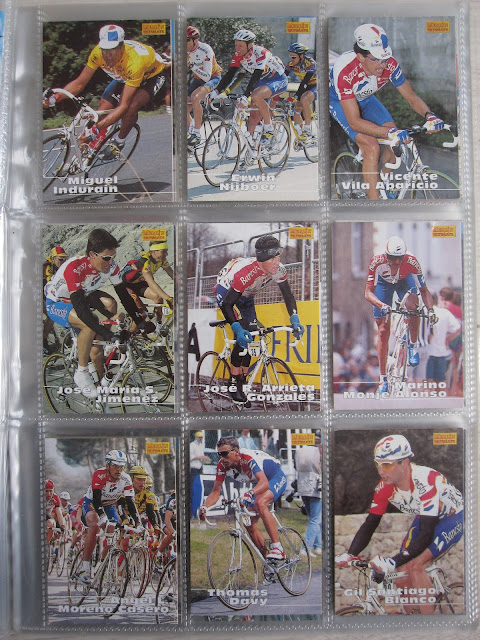 The Banesto team of Miguel Indurain 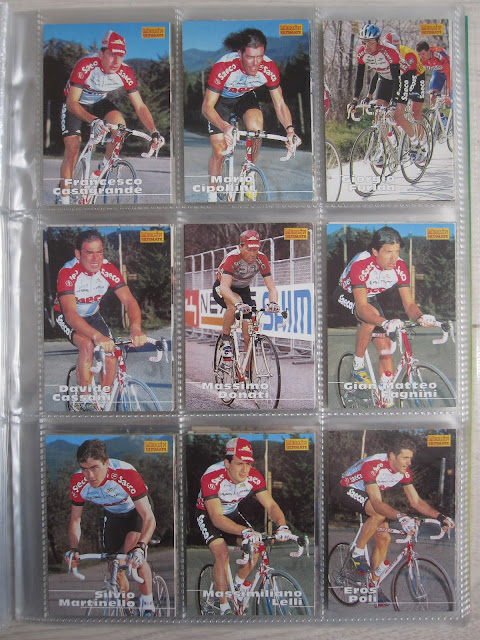 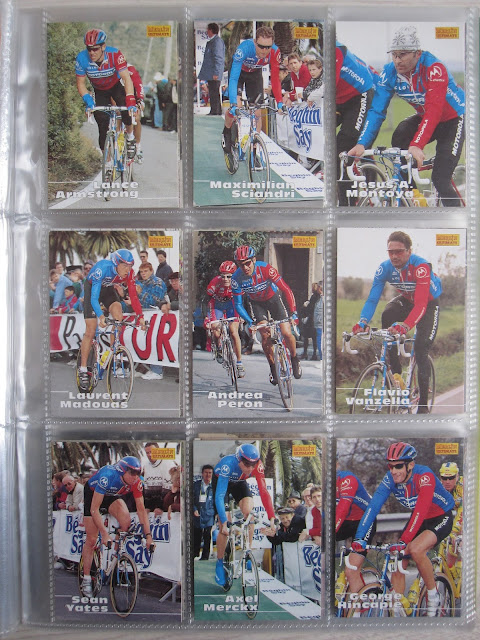 A young Lance Armstrong was the captain of Motorola 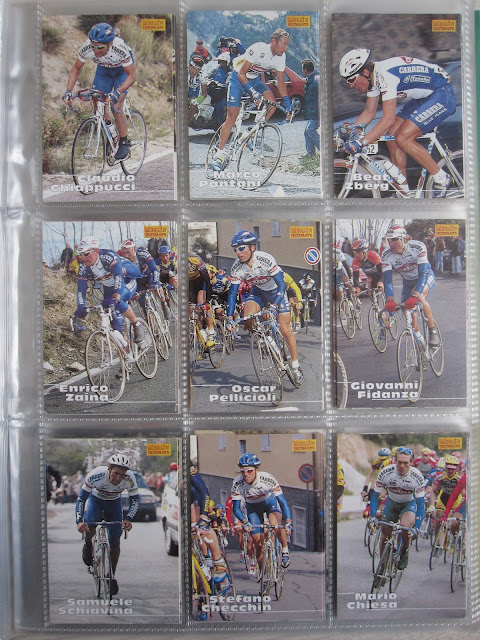 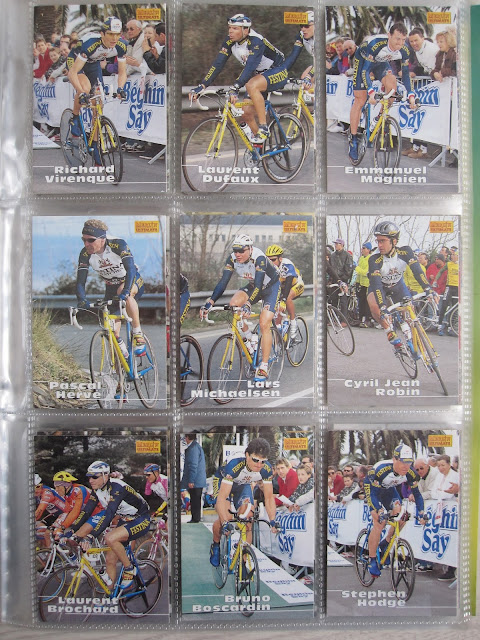 Virenque, Dufaux and the other Festina riders 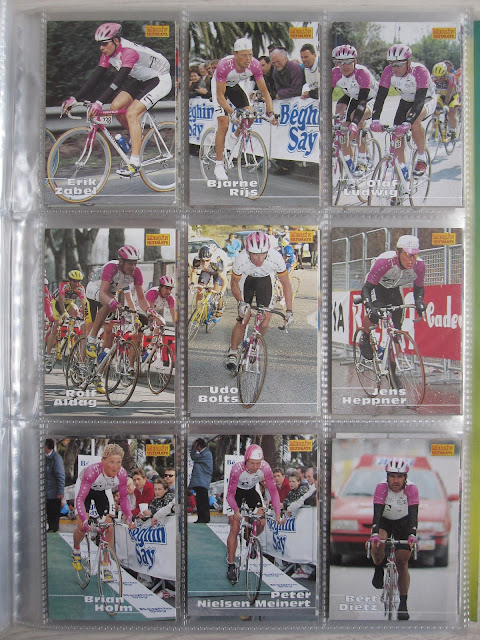 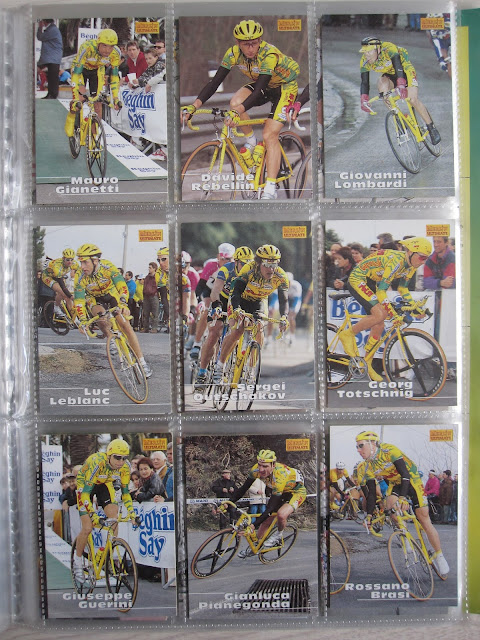 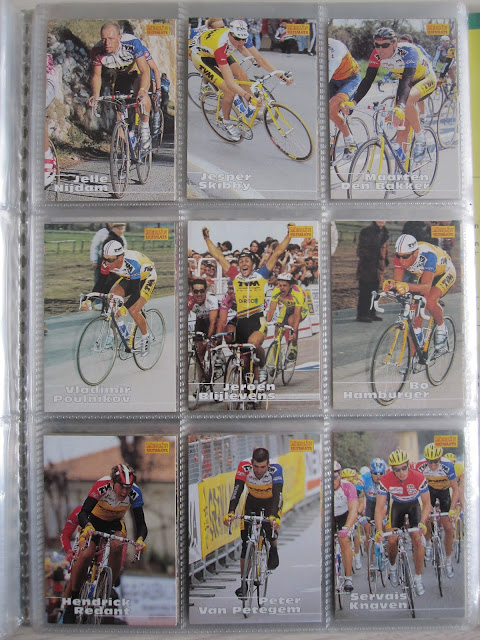 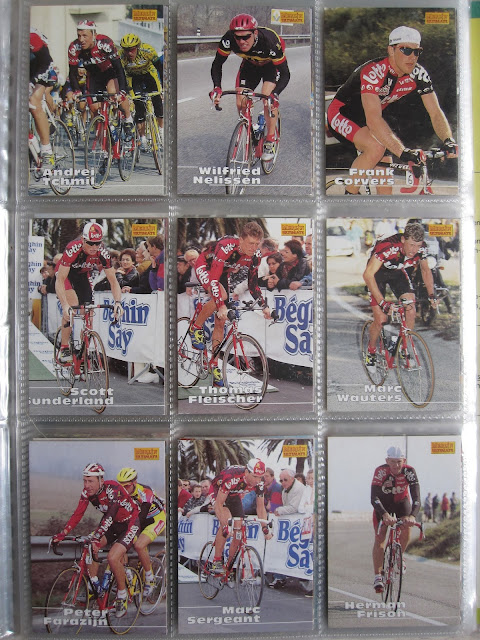 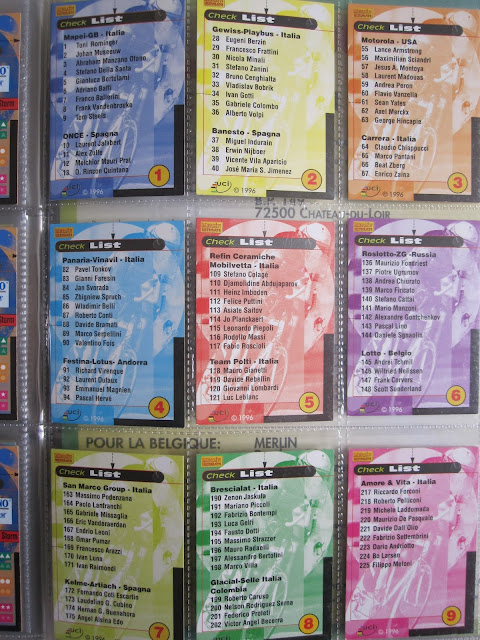 There are nine cards with the complete checklist of the collection 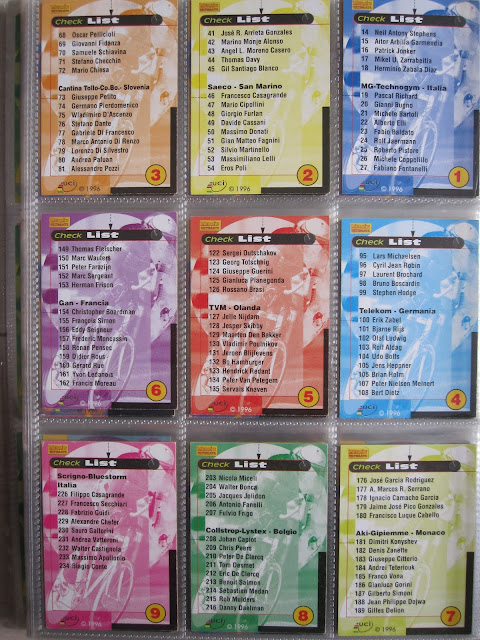 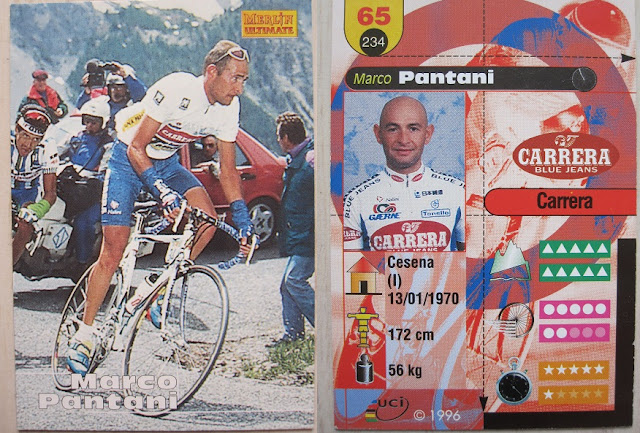 Front and back of Marco Pantani's card. "Il Pirata" was a legendary climber 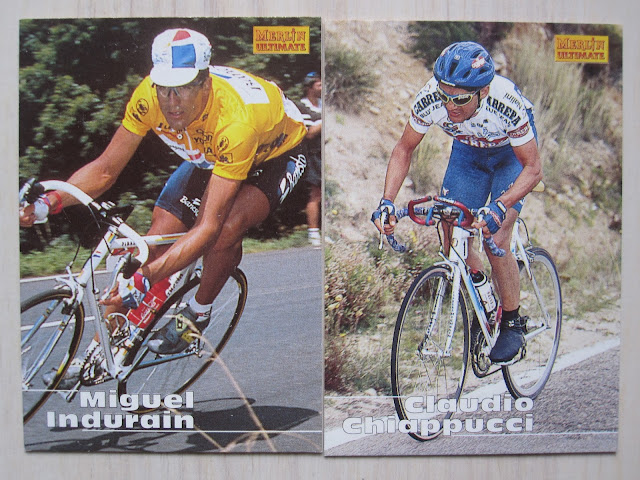 Always a show in the mountains with Chiappucci and Indurain 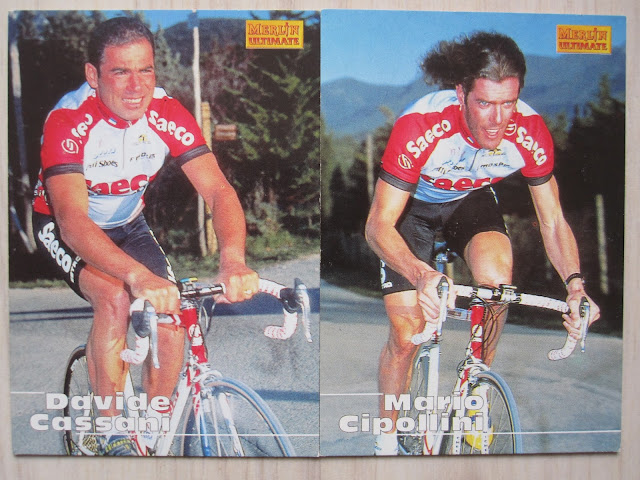 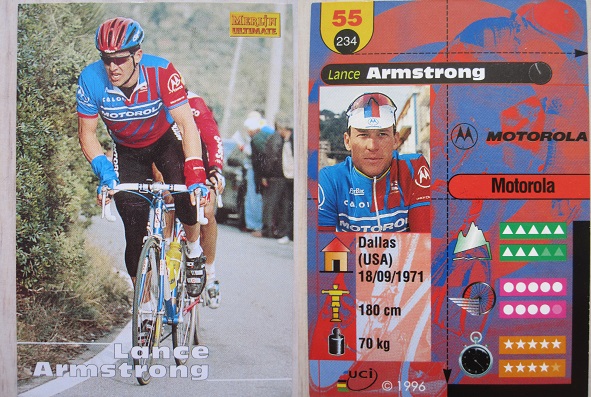 Lance Armstrong's card (front and back)