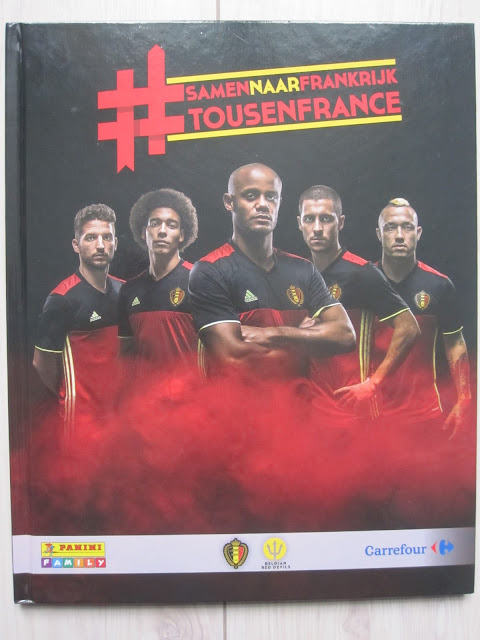 After the album Panini Red Devils for the World Cup 2014, Panini issued another collection for Euro 2016 totally dedicated to the Belgian National Team, in collaboration with the supermarket Carrefour. The album is again hardcover and the collection has many more stickers, including also an update of 20 stickers about the Euro 2016 Tournament of Belgium.
The album starts with an introductory section of the Belgian Red Devils ("Family Day"), with 16 stickers over 3 pages. Then the qualification and preparation matches are shown. For each match there are stickers of the game and a special metallic sticker with the team photo. 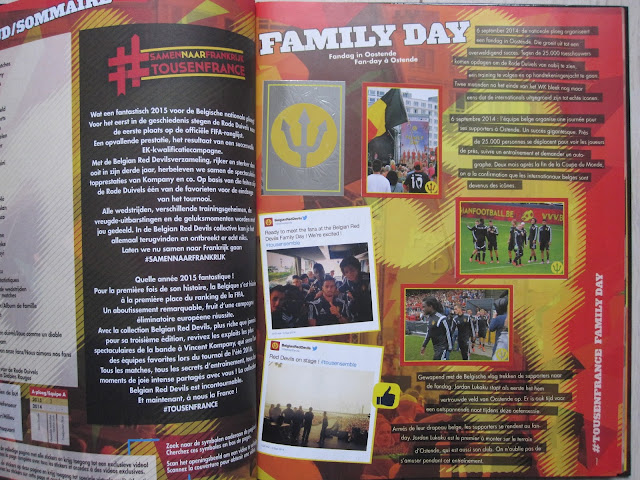 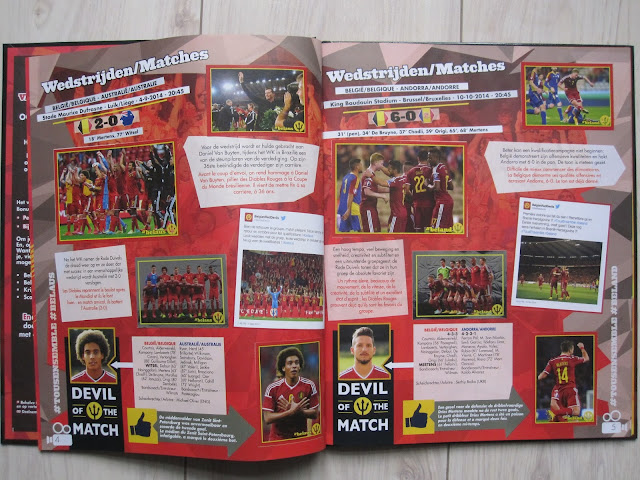 Then each Red Devil player has his own page, starting with the captain Vincent Kompany, with a total of six stickers: the shining portrait, two action stickers, a photo composed by two stickers, and the face of the player to be glued on the player photo on the album. The 23 Belgian players included are: Kompany, Courtois, Mignolet, Denayer, Alderweireld, Lombaerts, Vertonghen, Vermaelen, Meunier, Witsel, Fellaini, Hazard, Mirallas, Mertens, Dembélé, Nainggolan, Carrasco, Chadli, De Bruyne, Benteke, Batshuayi, Origi, Lukaku. 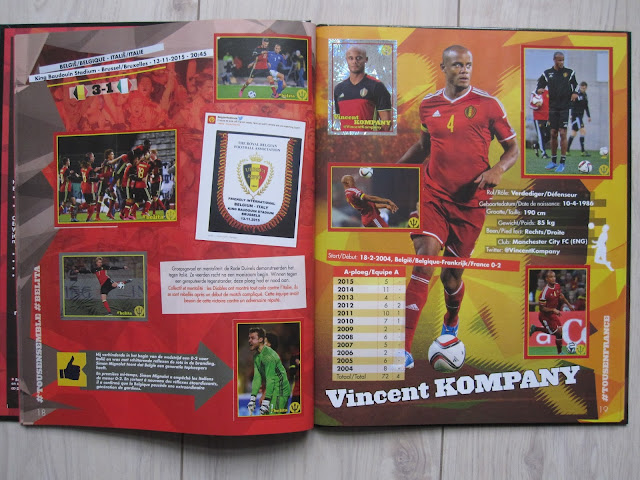 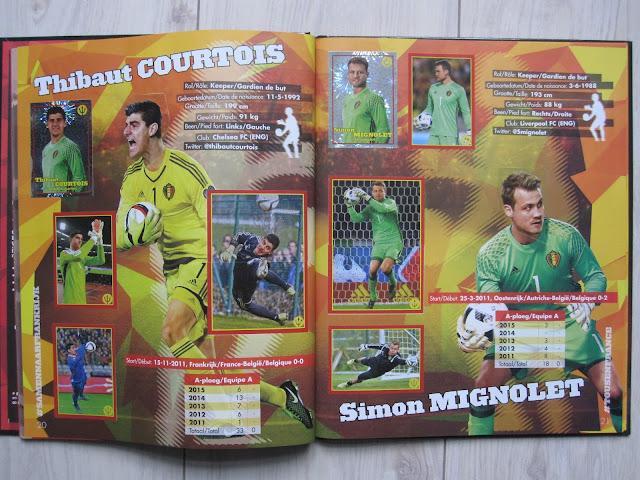 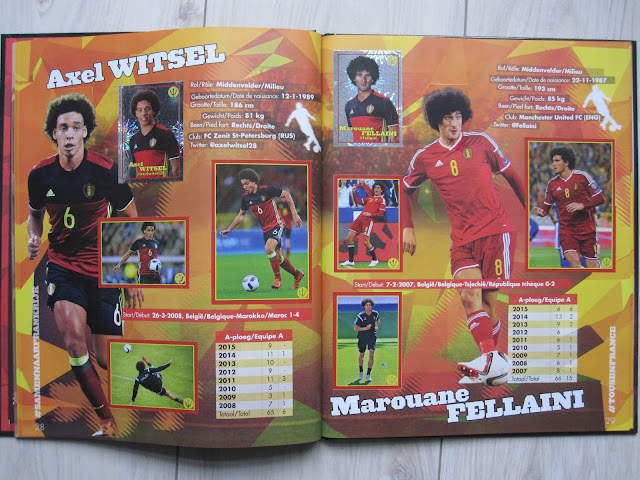 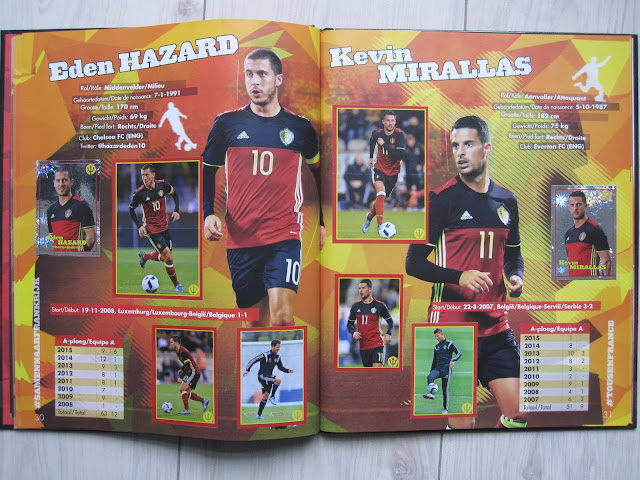 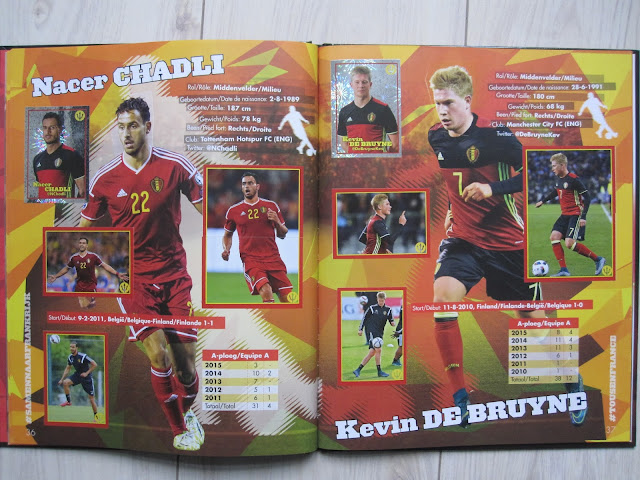 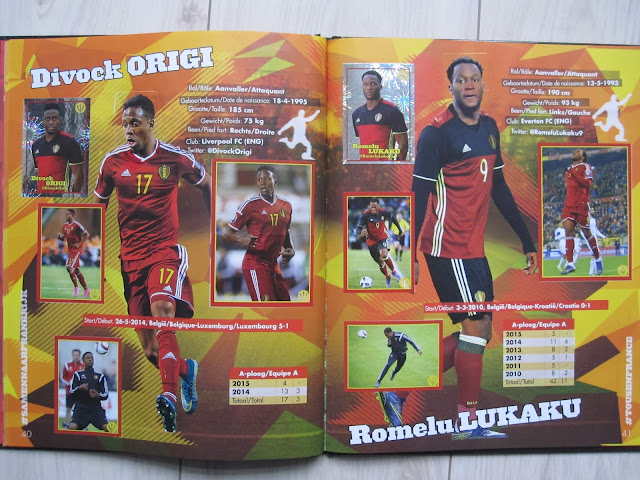 "Numbers" is a four page section with statistics and 18 stickers, out of which 5 shining. Then the calendar of the tournament is presented, including two stickers. The album continues with "Family Album" (10 stickers) and "Belgian Pride" (9 stickers of which 3 special). 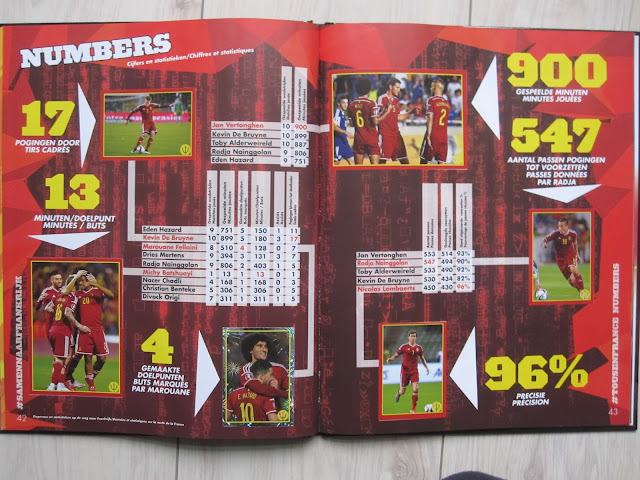 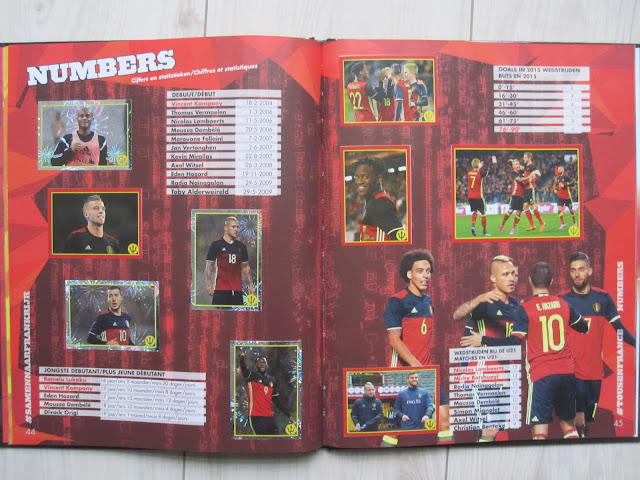 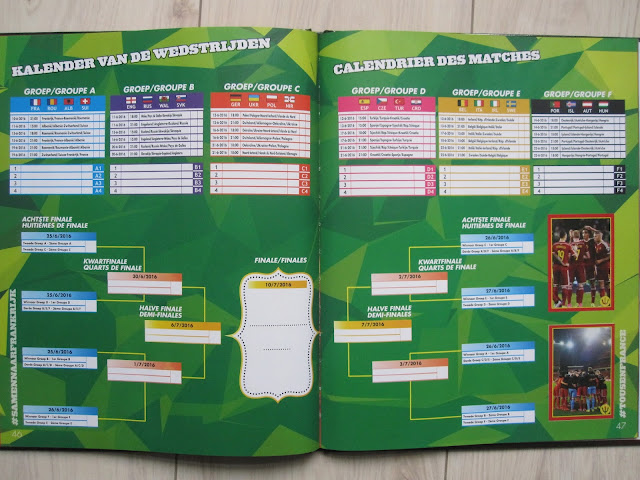 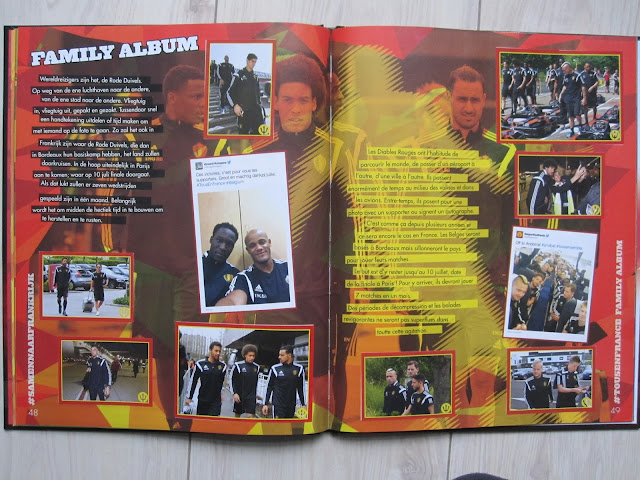 "Rookies" is an interesting section that includes five young Belgian prospects: Tielemans, Bakkali, Praet, Dendoncker, and Musonda. They all have two action stickers, out of which one is a special metallic sticker. 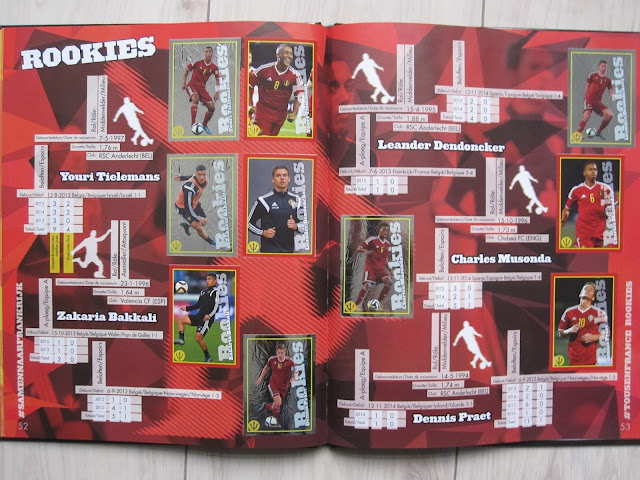 The album continues with "Play like a Devil" (12 stickers of which 3 special), "My Dream Team" (in which it is possible to decide who are the 11 regular players of the team, sticking the stickers in the desired position), "We love our fans" (12 stickers, 2 special), and "Selfies" (6 stickers, 1 special). 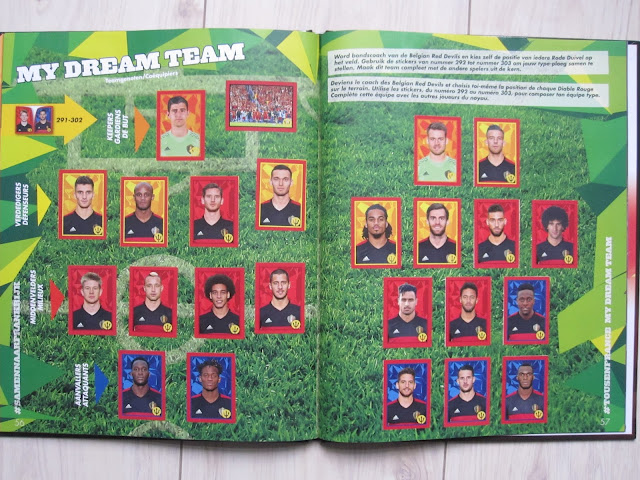 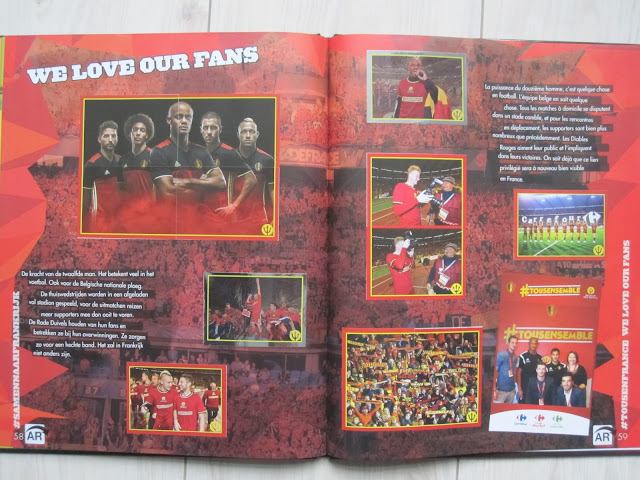 The last section of the album is "Tournament Update", with 20 stickers about the games played by Belgium at Euro 2016. These stickers were released in an update set in September 2016. 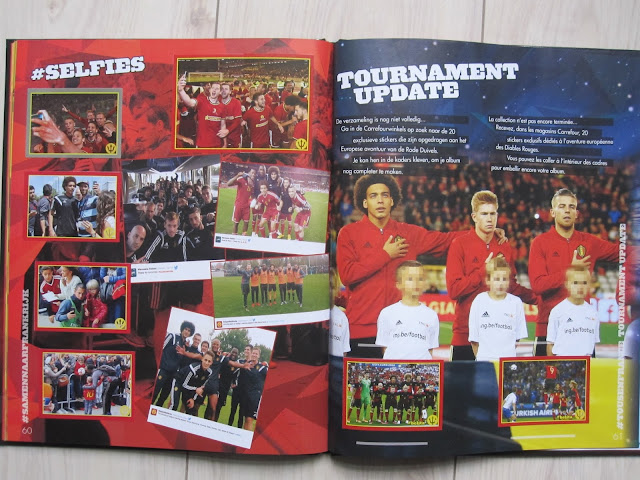 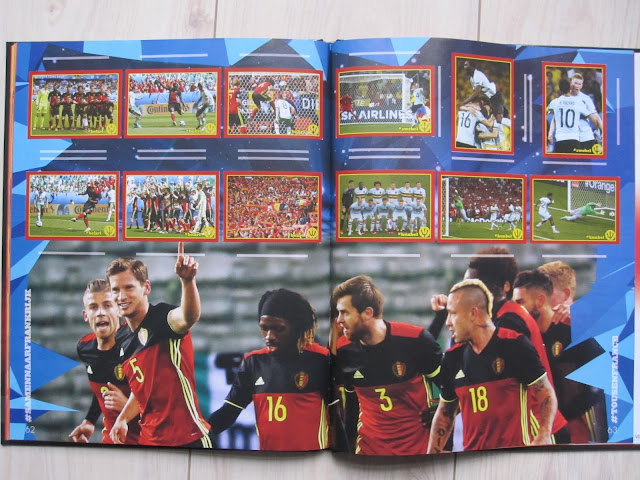 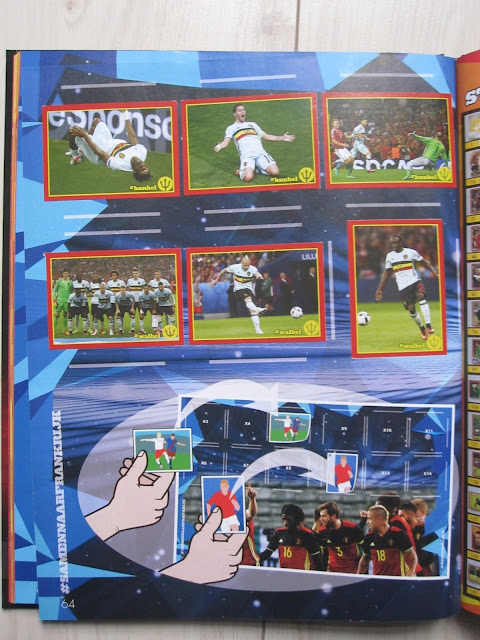 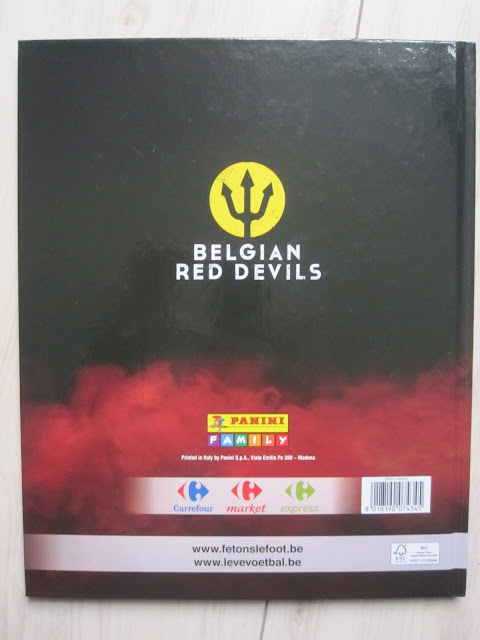 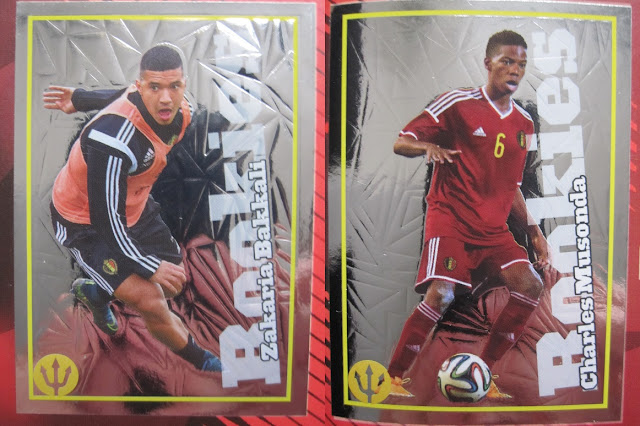 The special metallic "Rookie" stickers of Bakkali and  Musonda 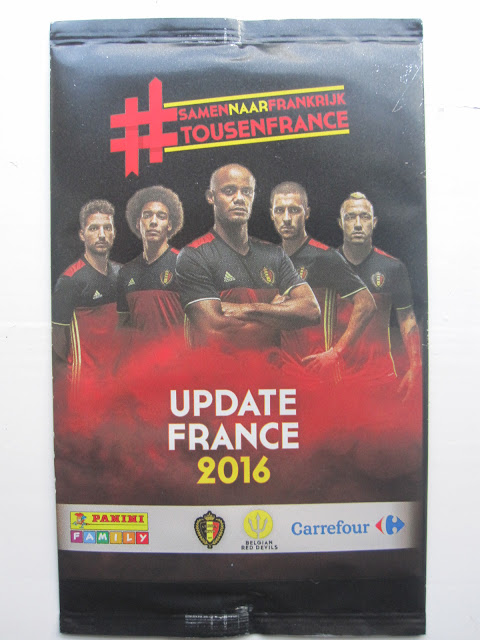 The Update packet with 20 new stickers