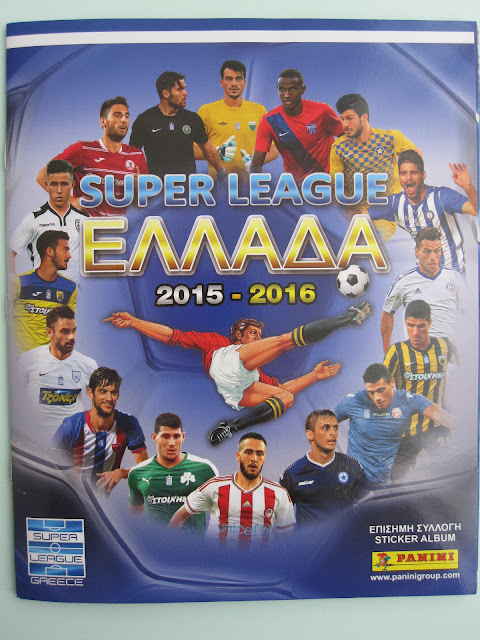 Superleague 2015-2016 is a new chapter dedicated by Panini to the Greek football league. This edition is renovated and it includes the stickers of the home and away shirt of each club printed on a special fabric material. The album opens with the contents on the left page and the list of champions on the right page, which includes also the first two stickers: the trophy and the logo of the competition (metallic sticker).
Then the 16 teams of the Greek Superleague are introduced with three special stickers per club: the club badge (metallic sticker), the home and away kit (both fabric stickers). This section takes 8 pages, with two teams per page. 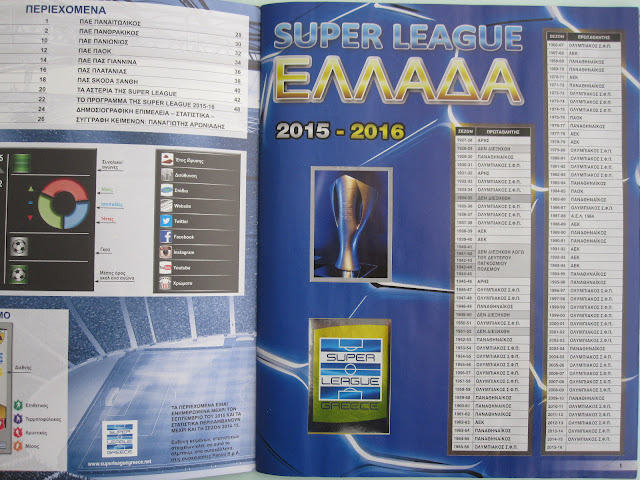 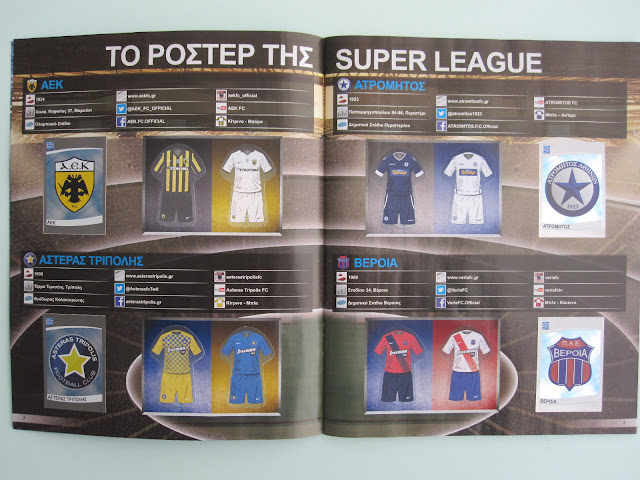 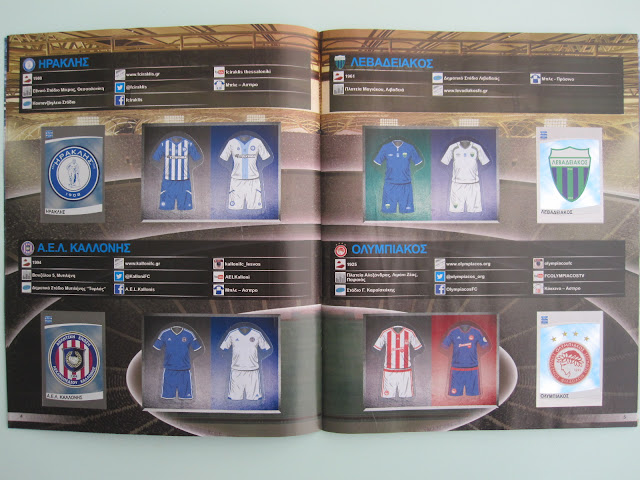 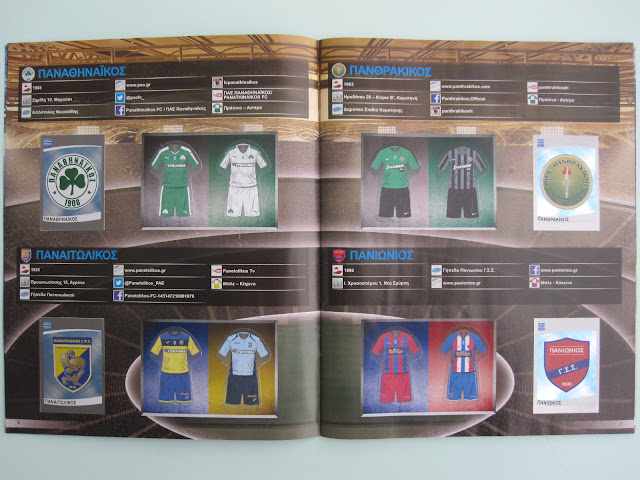 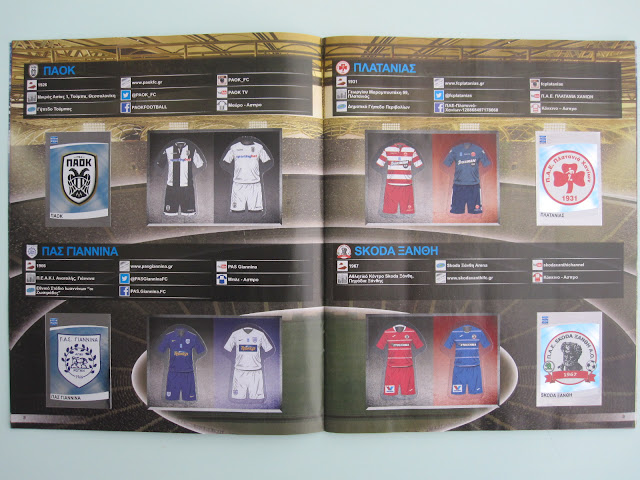 Superleague teams are then shown in alphabetical order. Each team is displaced over two pages with a total of 22 stickers: the team photo composed by two stickers and 20 players. Details about performance of the team in the previous season and results of the last five seasons are reported. 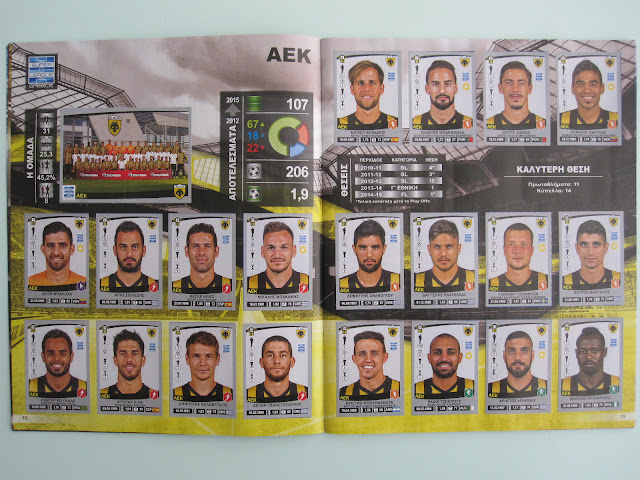 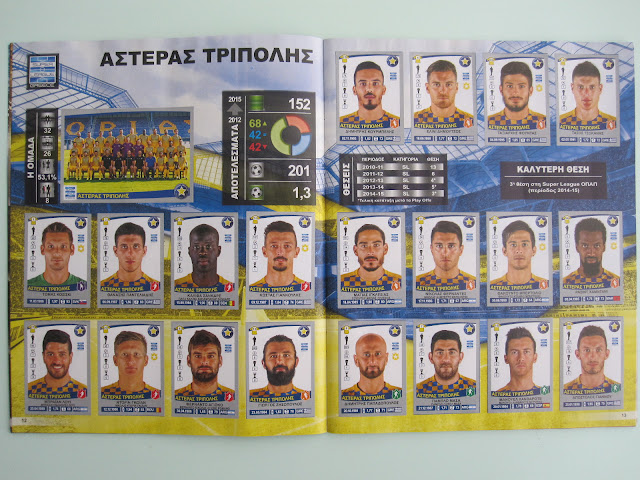 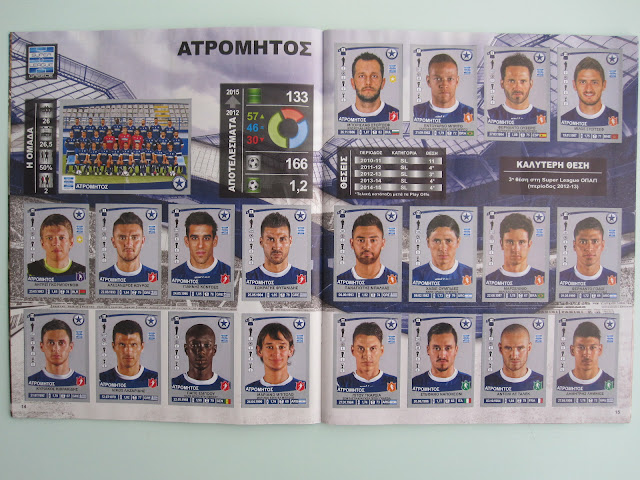 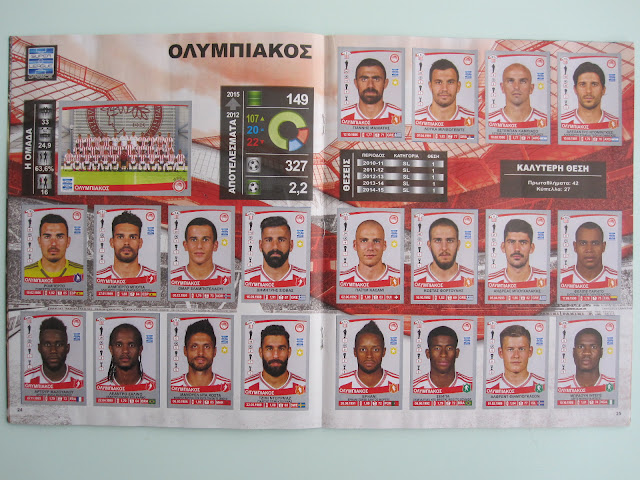 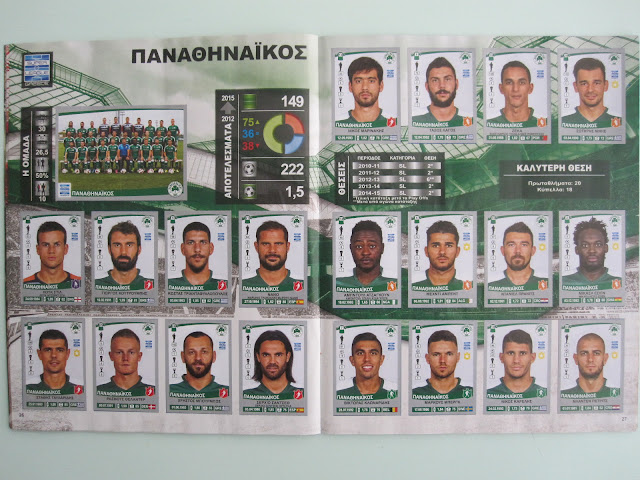 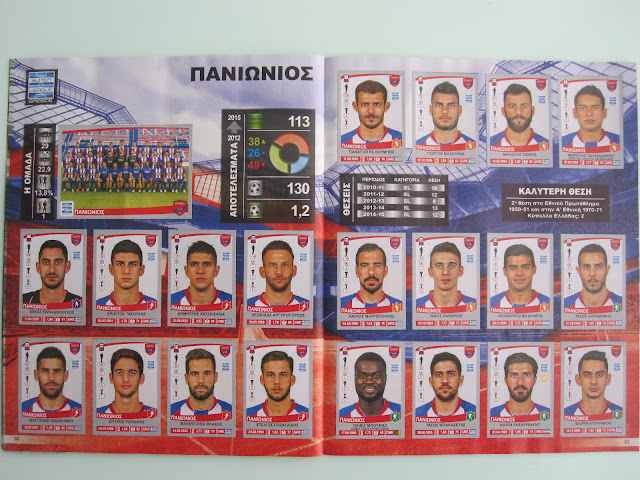 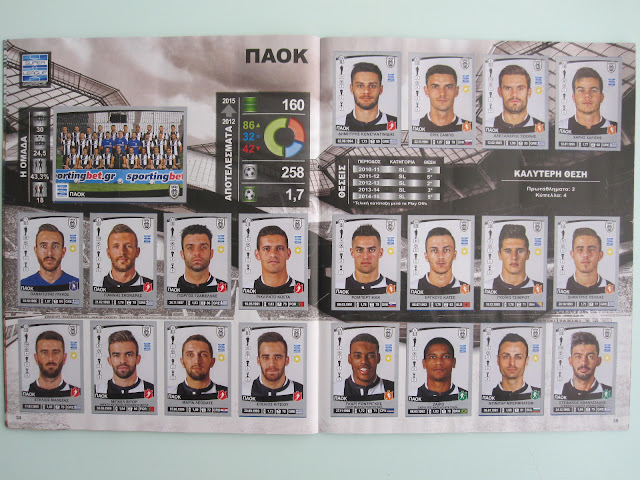 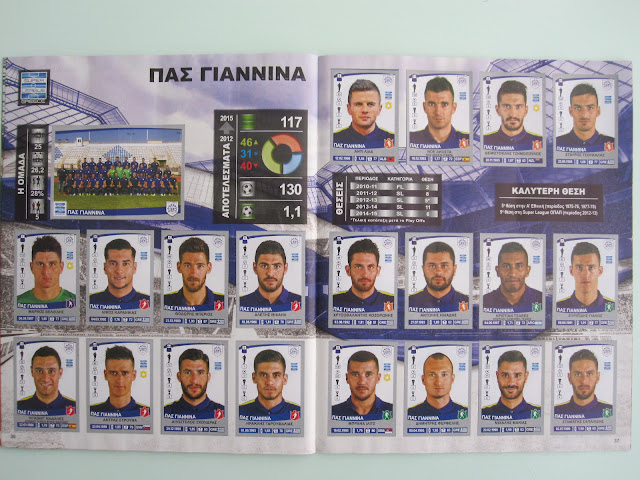 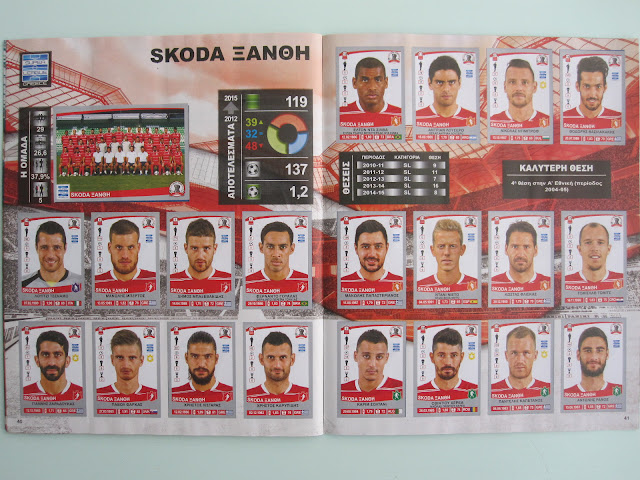 The album includes also a section with action stickers. The stars of the Superleague are represented with 27 stickers in action displaced over four pages. 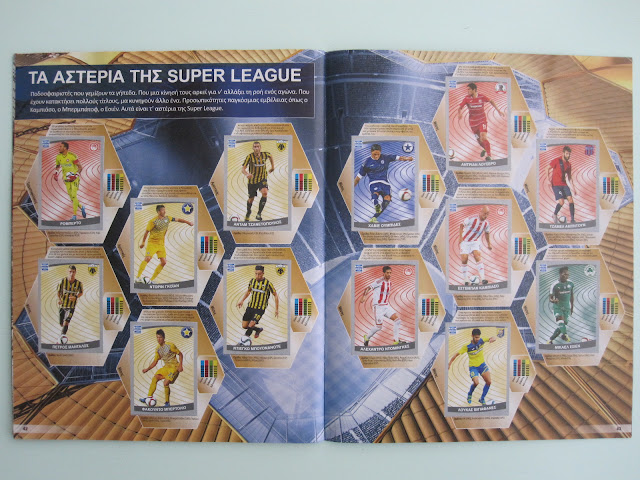 The last page of the album shows the calendar of the season and it includes the last sticker, the ball of the competition (shining sticker). 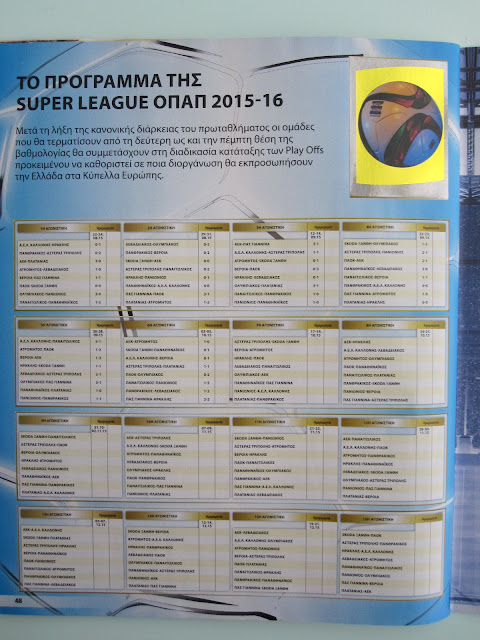 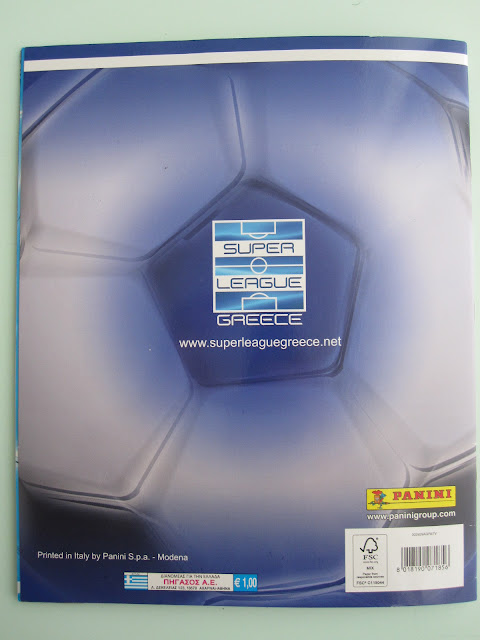 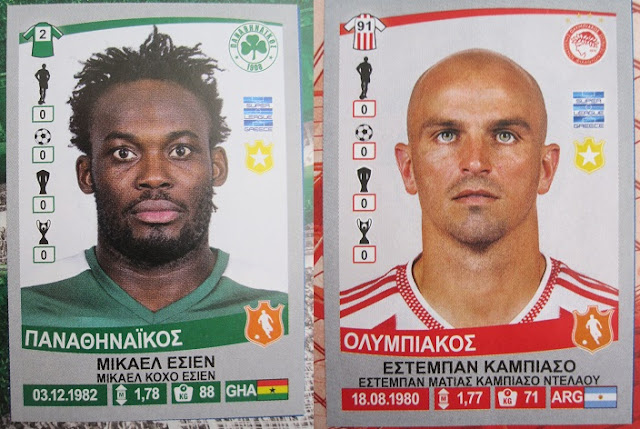 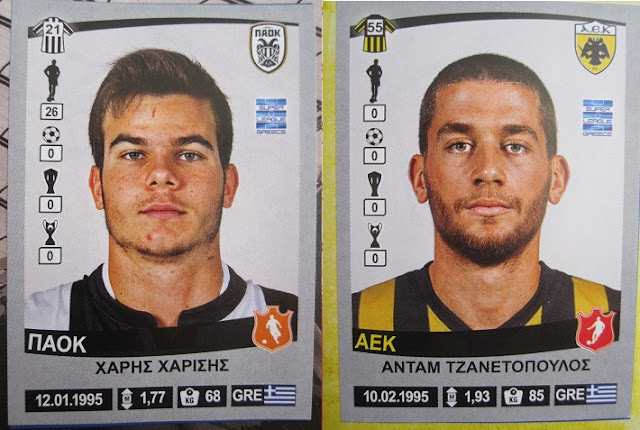