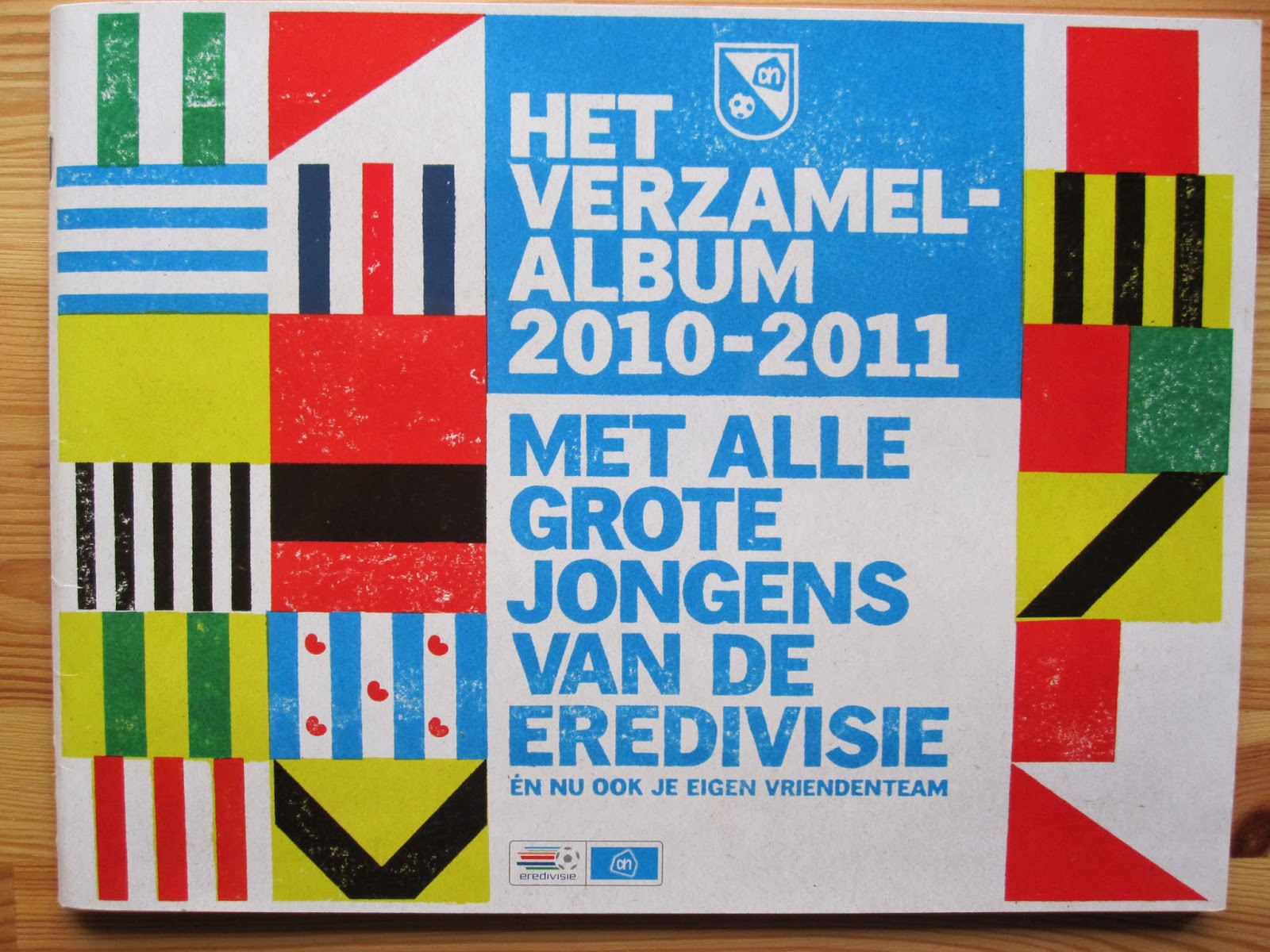 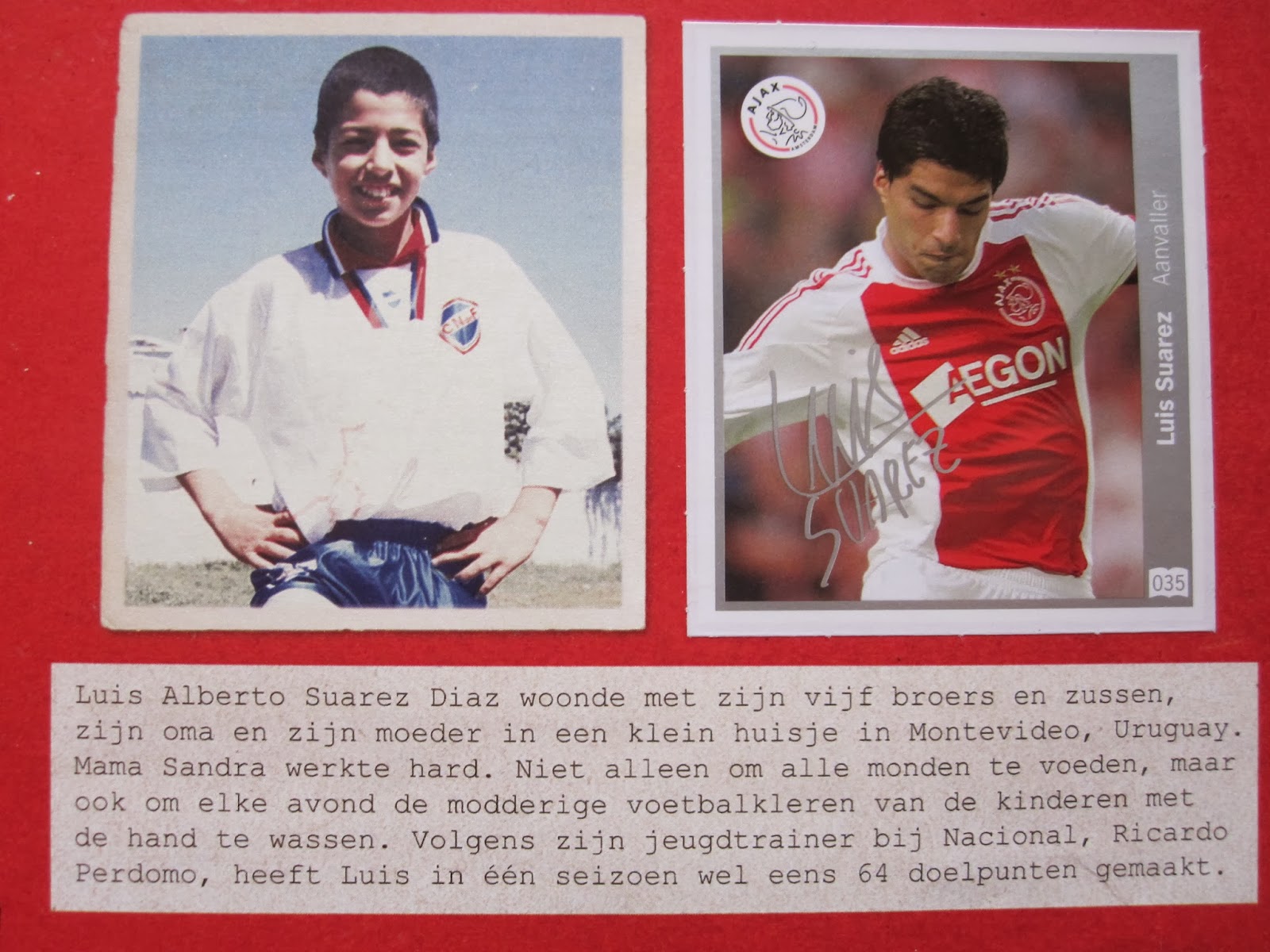 The signed sticker of Luis Suarez. The description says: "Luis Alberto Suarez Diaz lived with his five brothers and sisters, his grandmother and his mother in a small house in Montevideo, Uruguay. Mother Sandra worked hard, not only to feed all the mouths, but also to wash each evening the muddy football clothes of the child. According to his coach at Nacional, Ricardo Perdomo, Luis scored 64 goals in one season". 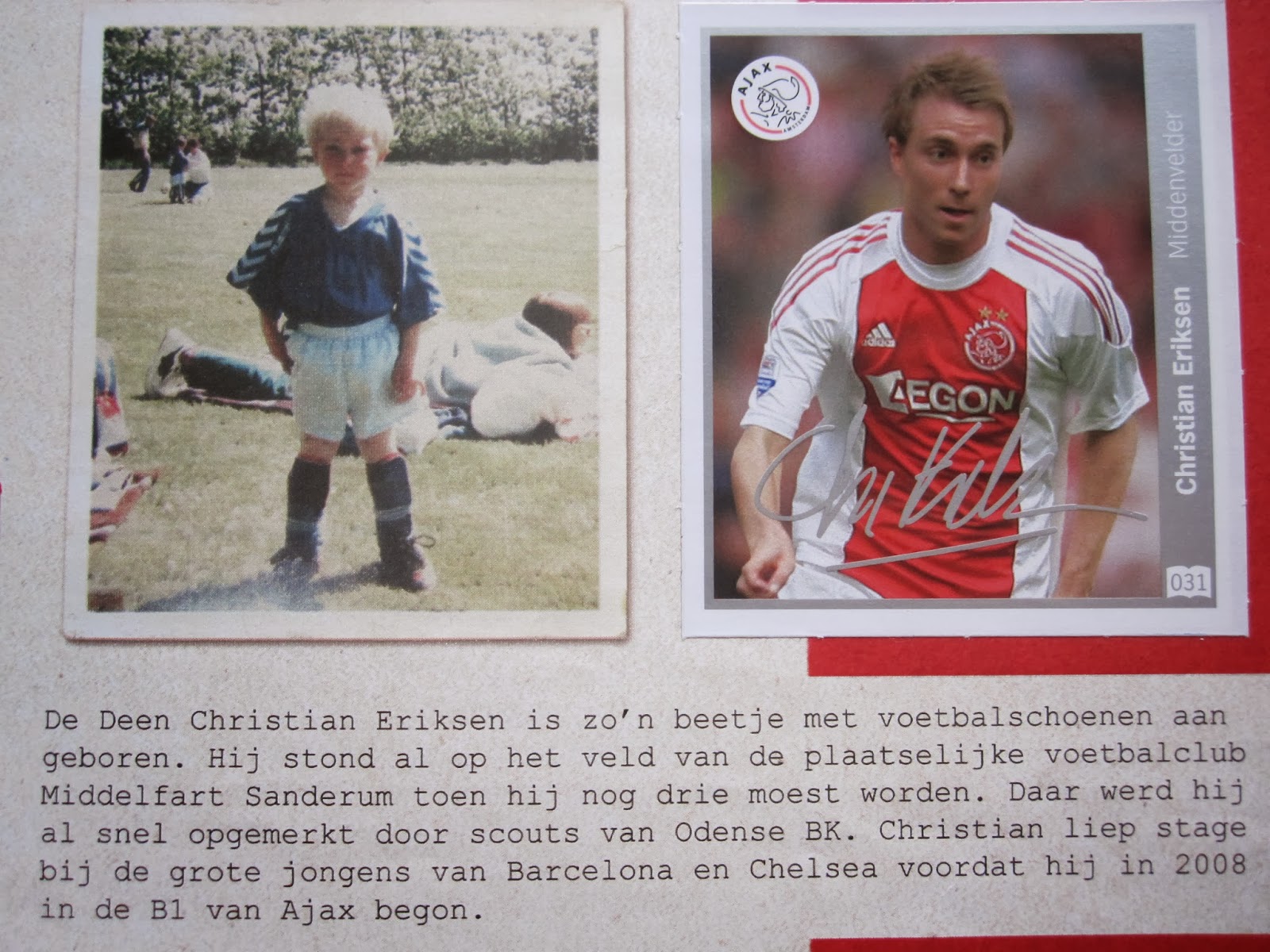 Christian Eriksen (1992) was born with football shoes. He was not yet three years old when he standed in the field of the Middelfart Sanderum football club. There he was quickly scouted by Odense BK before he joined the young Ajax team. 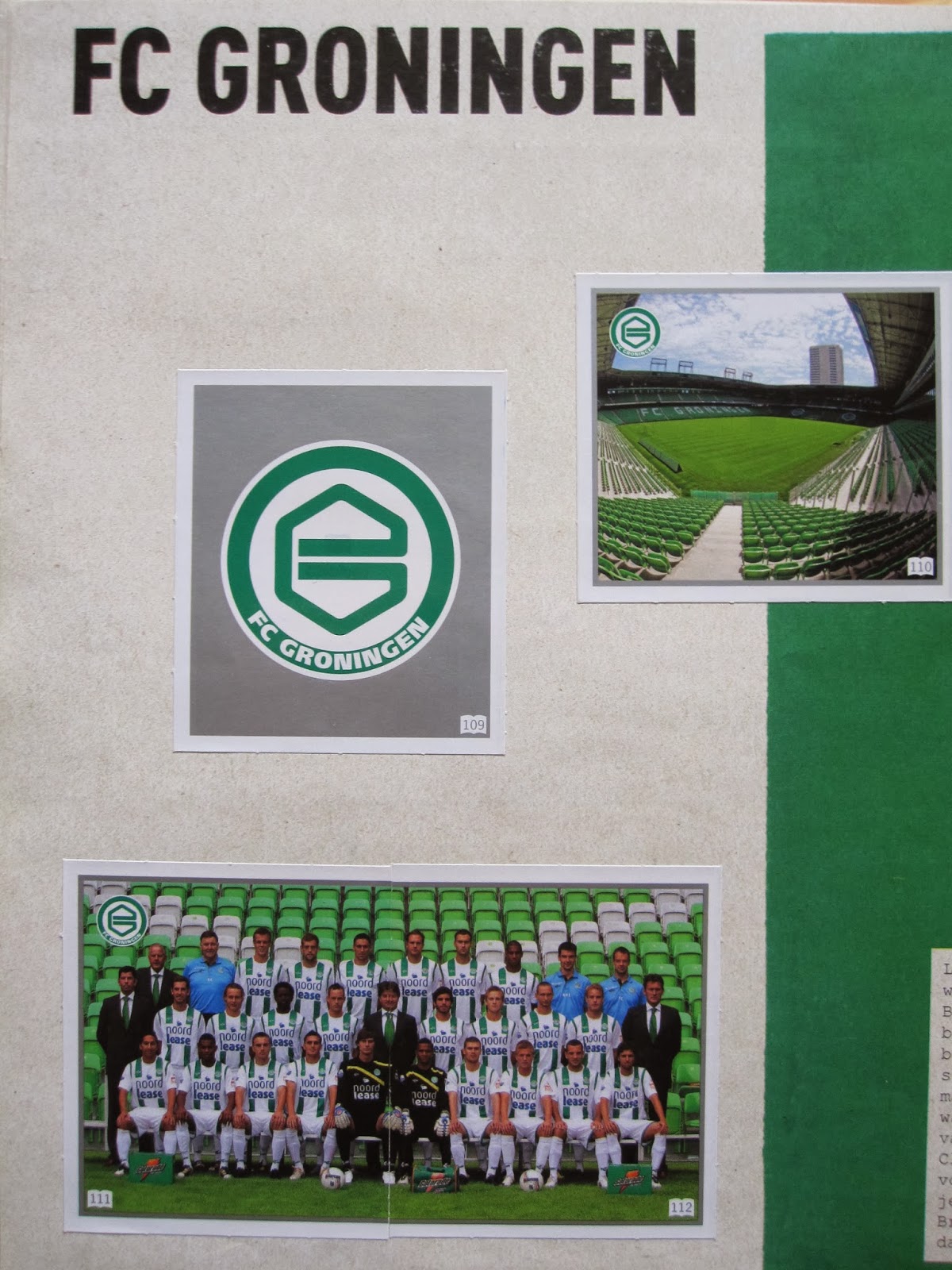 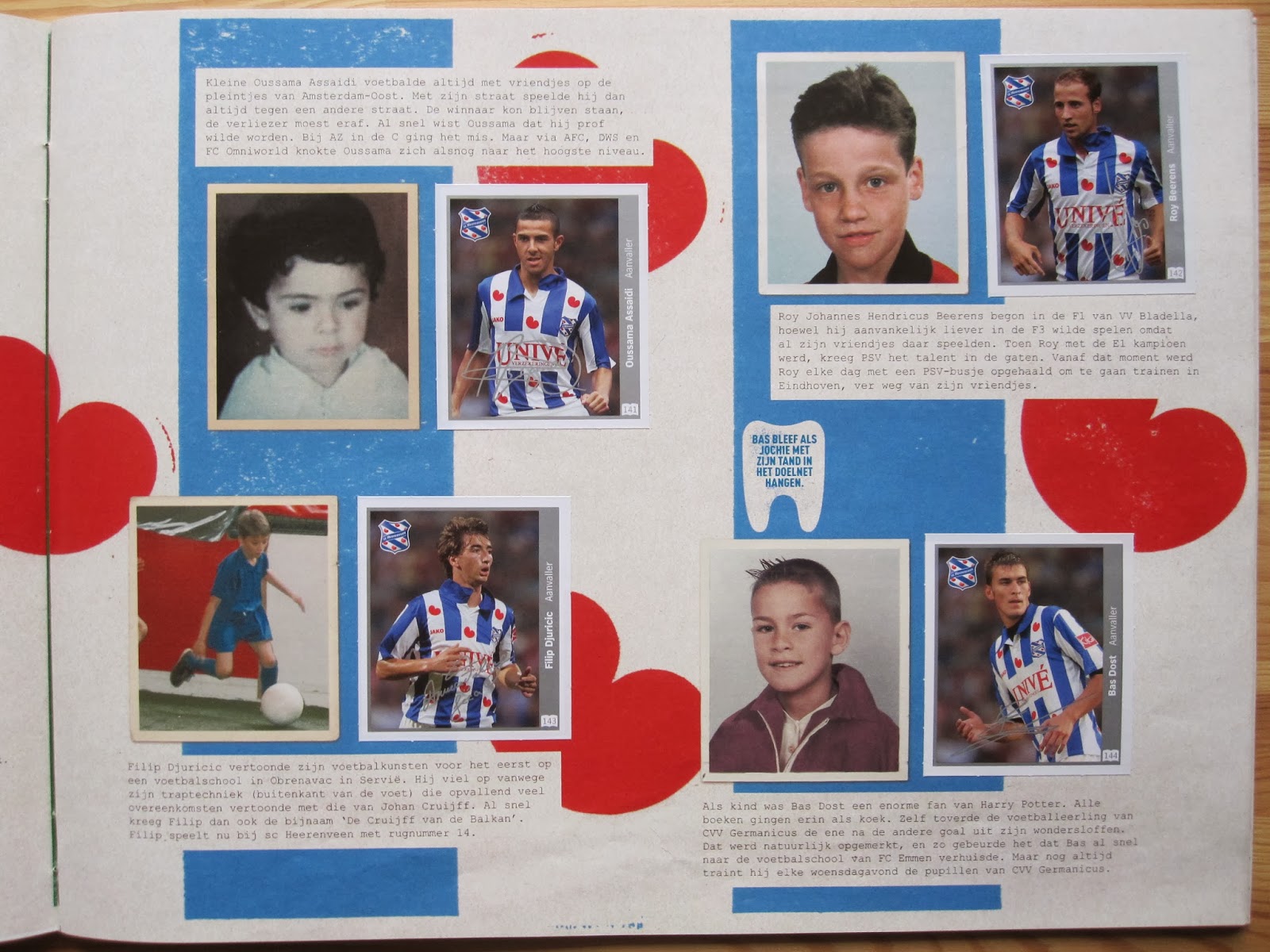 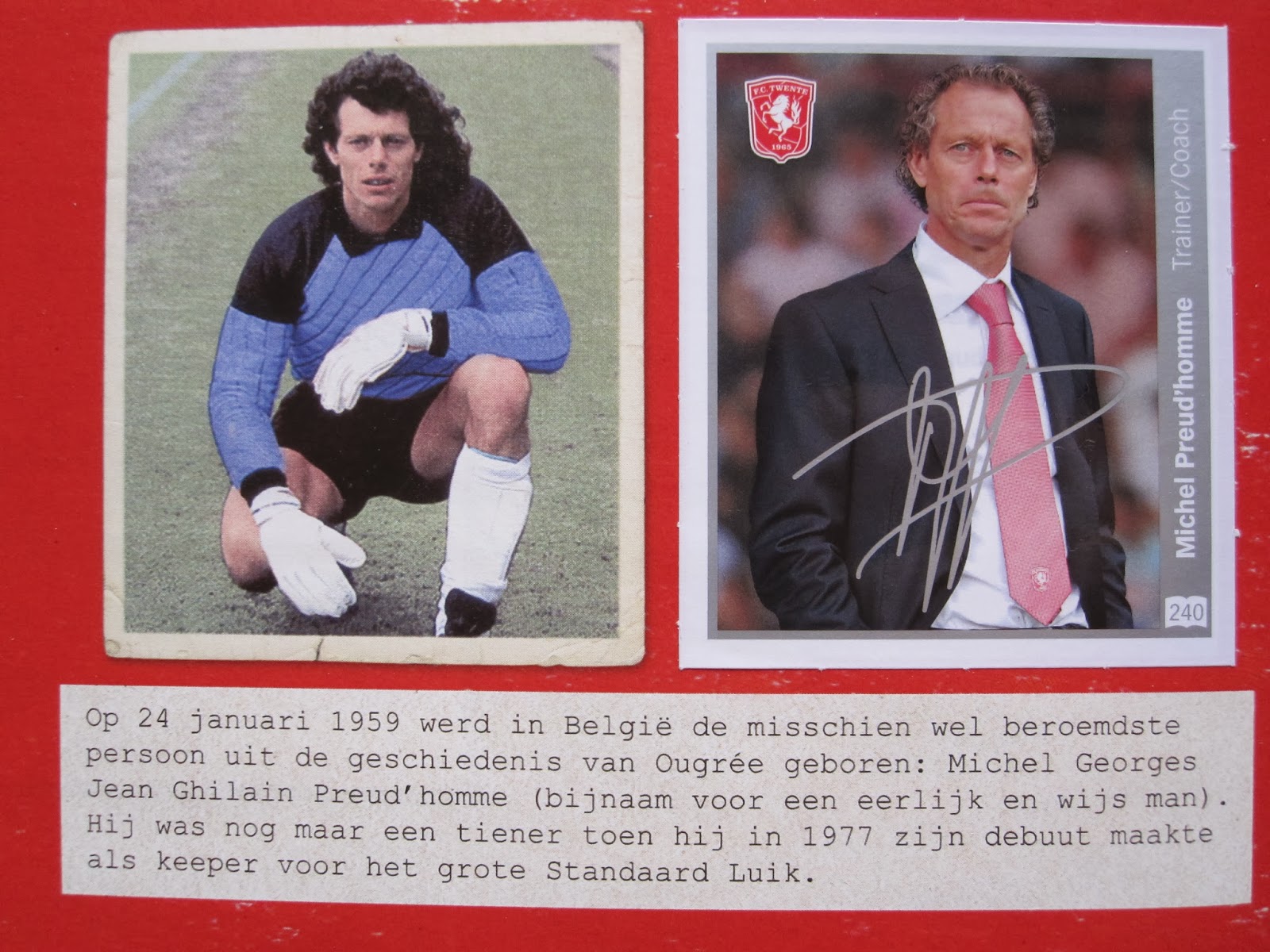 "On January 24, 1959, probably the most famous person of the history of Ougrée was born: Michel Georges Jean Ghilain Preud'homme (nickname for an honest and wise man). He was just a teenager when in 1977 he made his debut in Standard Liège". 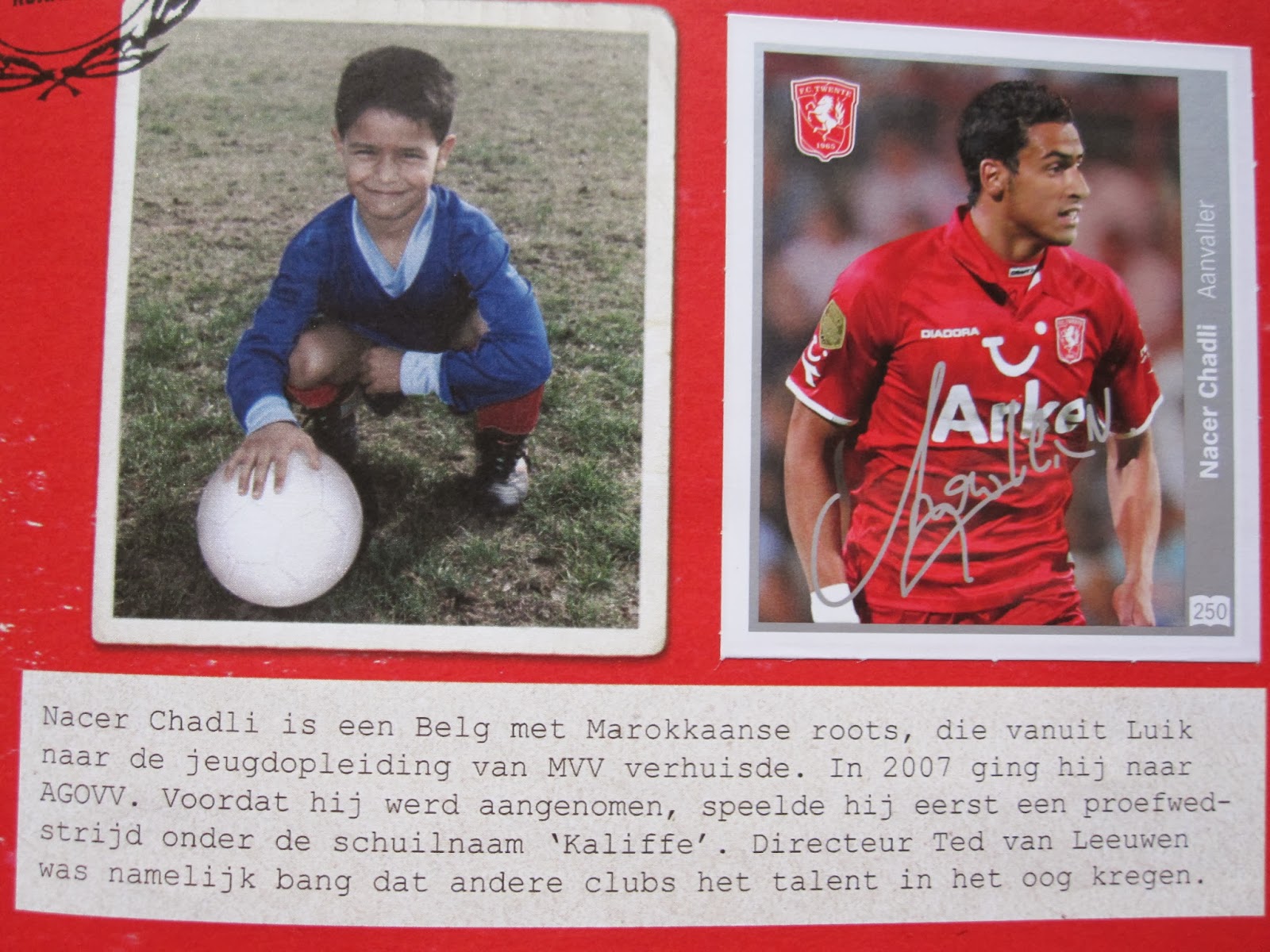 "Nacer Chadli is a Belgian with Moroccan roots that moved from Liège to MVV. In 2007 he went to AGOVV. He played the first match under the pseudonym 'Kaliffe'. The director Ted van Leeuwen was certainly afraid that other clubs could notice his talent". 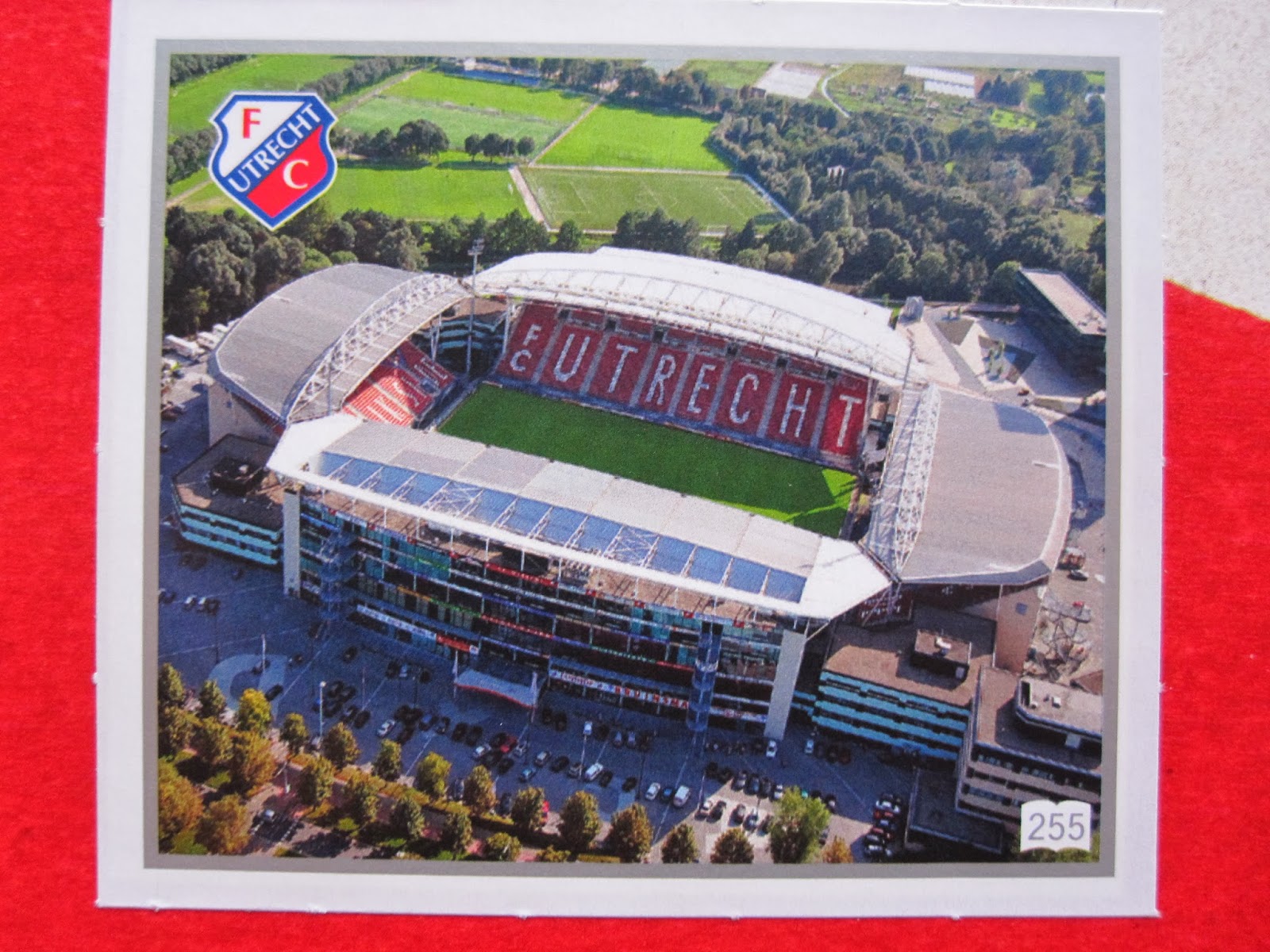 The sticker of the Galgenwaard stadium of Utrecht 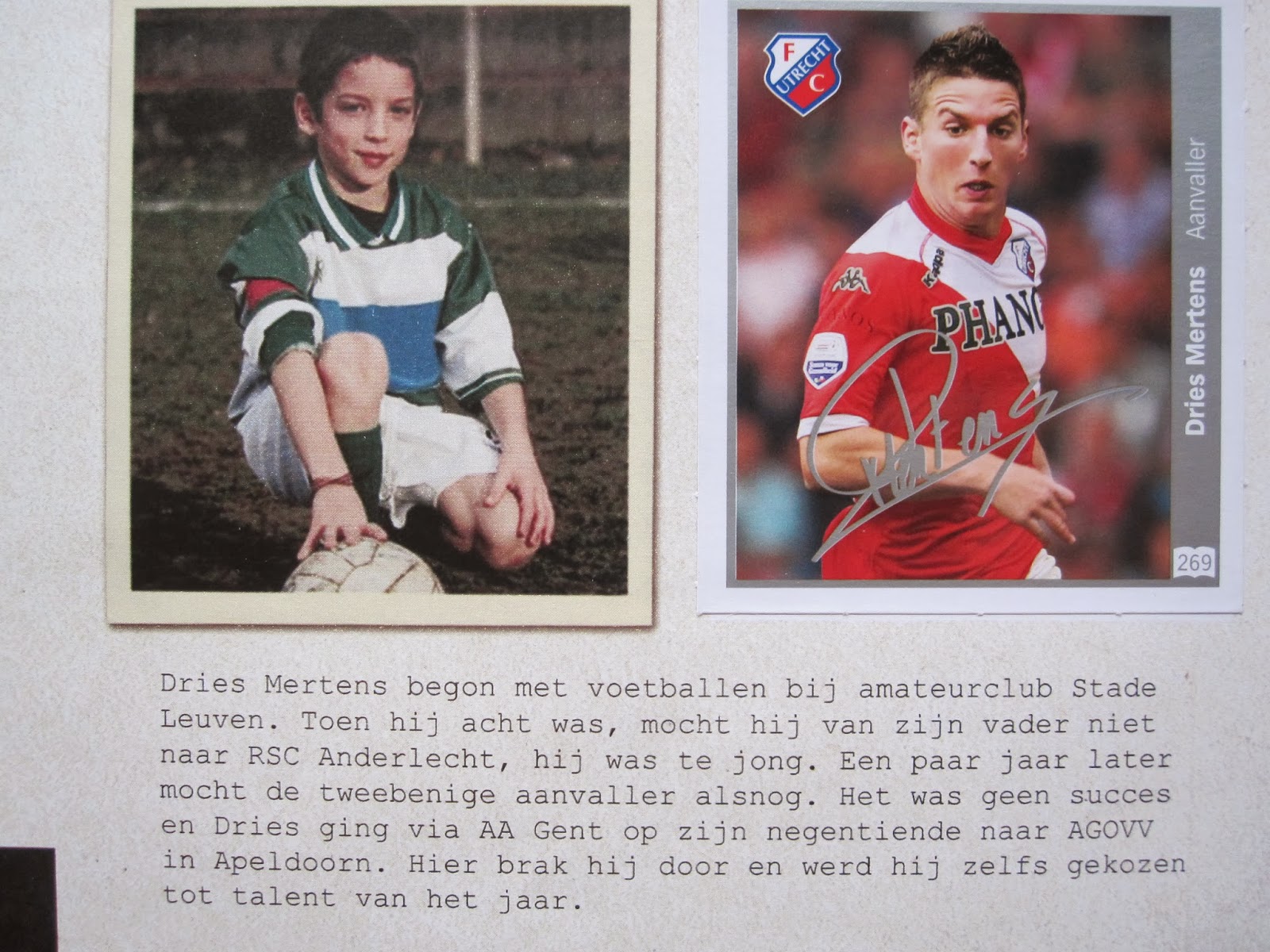 "Dries Mertens began his career at the amateur club Stade Leuven. After he had no succes with Anderlecht, he arrived at AGOVV via Gent when he was 19. Hier he was chosen as talent of the year." 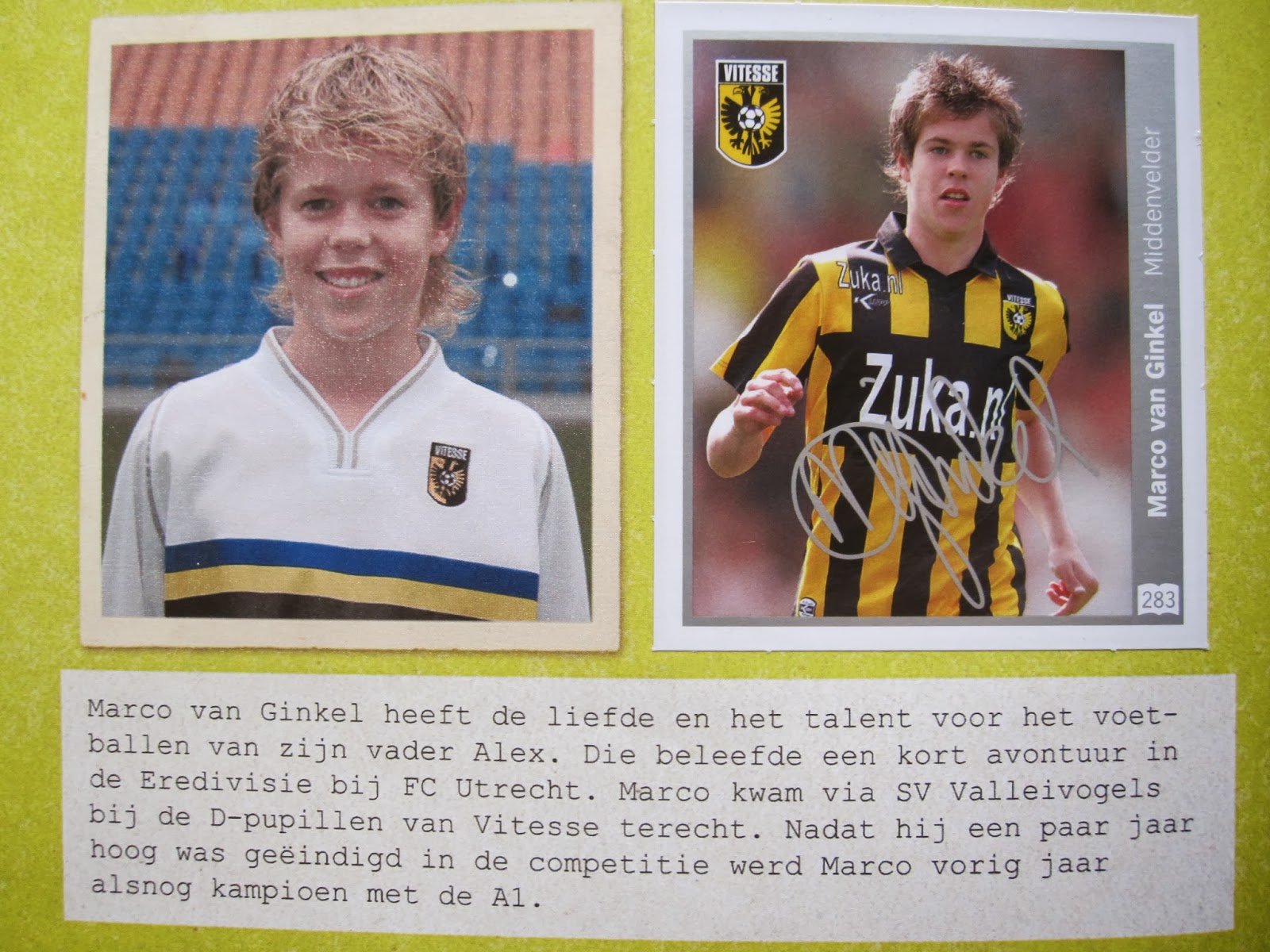 "Marco van Ginkel got the football talent from his father Alex, who had a short adventure in Eredivisie with Utrecht. Marco arrived via SV Valleivogels to the D-pupils of Vitesse. After he moved up in the competion he became champion with the A1 team the year later". 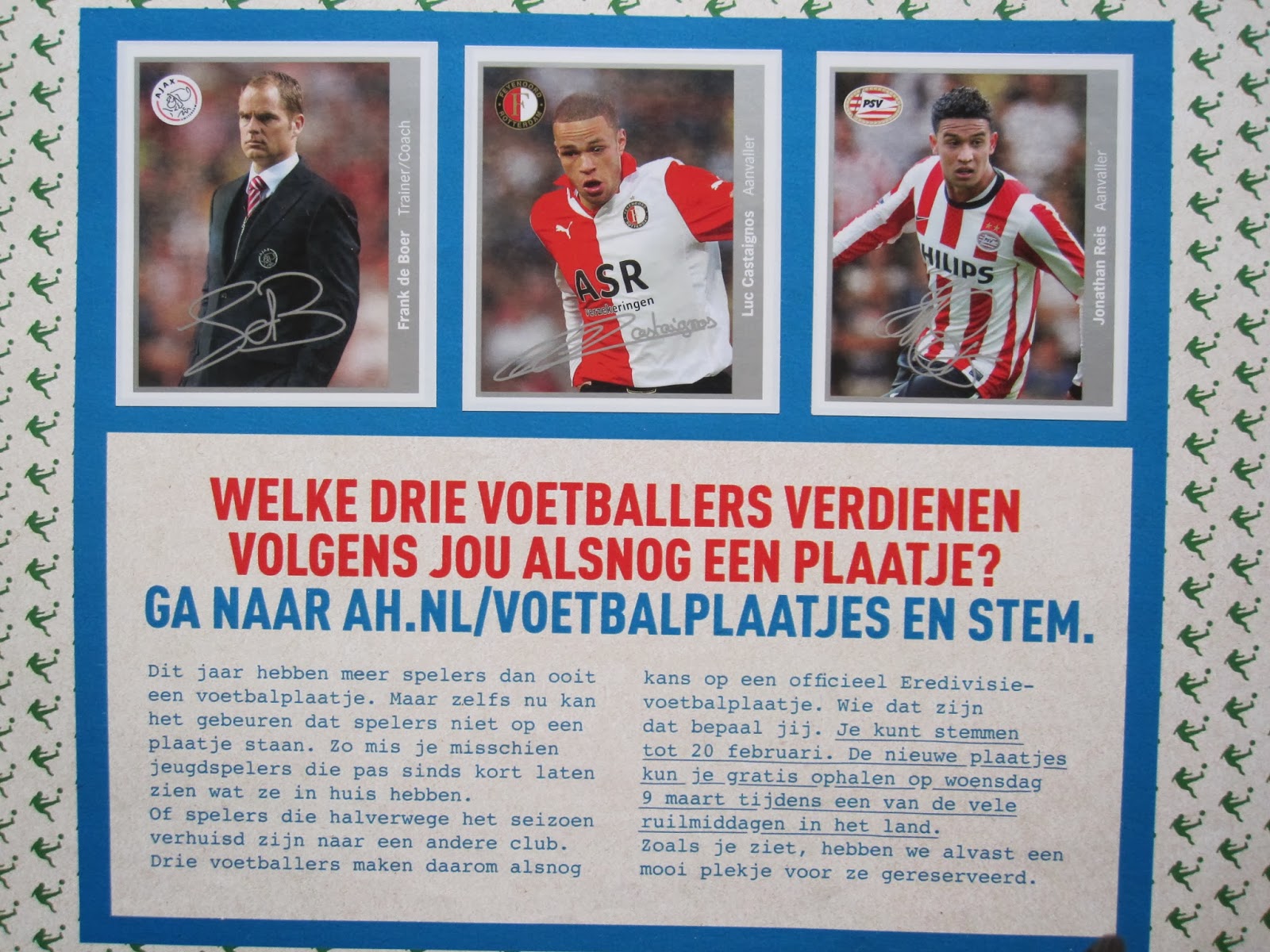 In the last page there are three update stickers that were not include in the team. Castaignos and Reis got attention after scoring many goals and Frank de Boer became the new coach of Ajax. These stickers were chosen based on a survey on the album website. 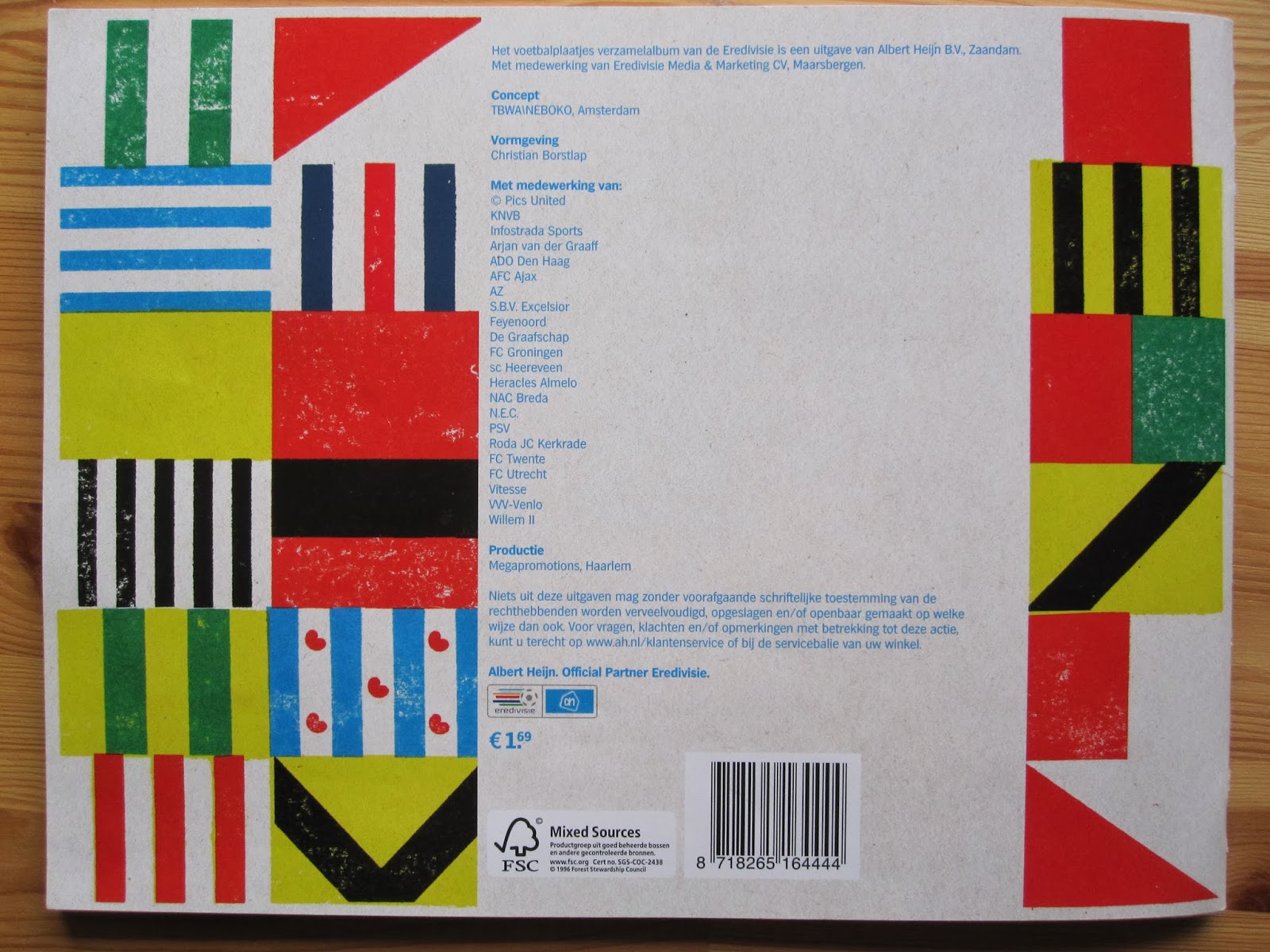