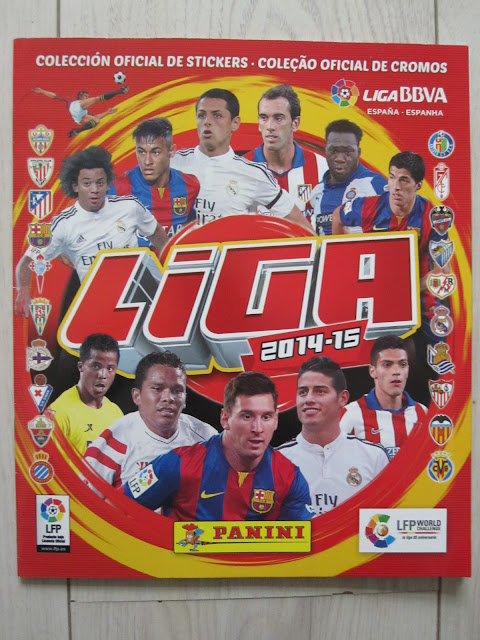 In the season 2014/2015 Panini released two official sticker collections of the Spanish Liga, one for Spain and one for South America & Mexico. We present here the latter, which is a compact collection including all the 20 teams of the Liga in 286 stickers. There are no stickers of club badges or team photos, but there are action stickers of the best South American playing the league.
The album opens with the table of contents and then shows the teams in alphabetical order one after the other. Each team is displaced on one page and includes 11 stickers of players, except for the three top teams (Atletico Madrid, Barcelona and Real Madrid), which are placed on two pages and have a total of 18 stickers of players. 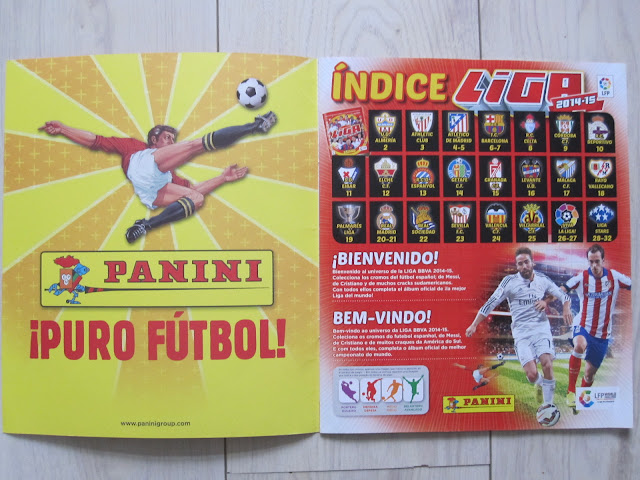 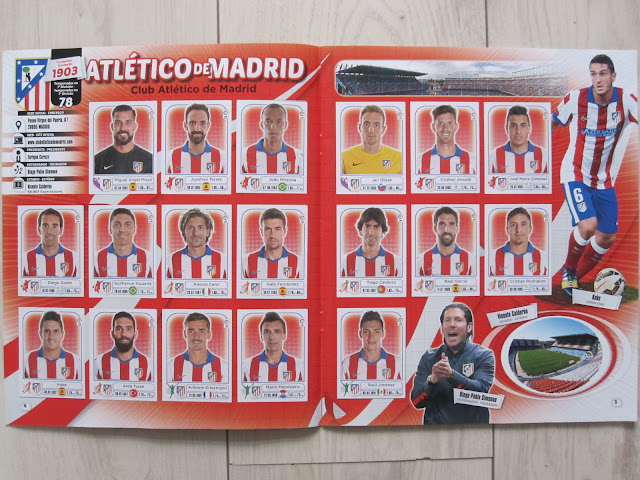 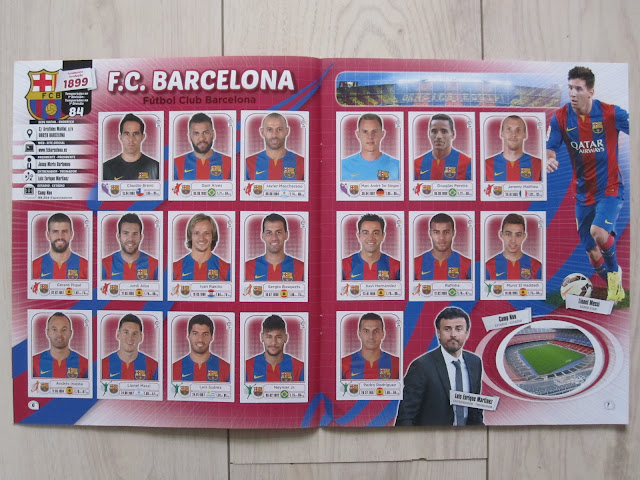 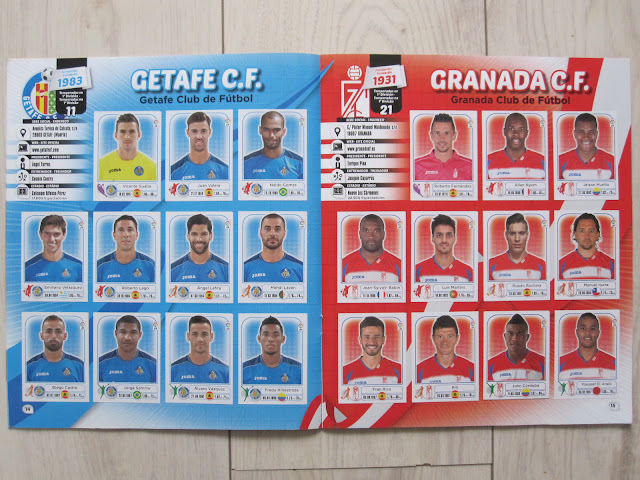 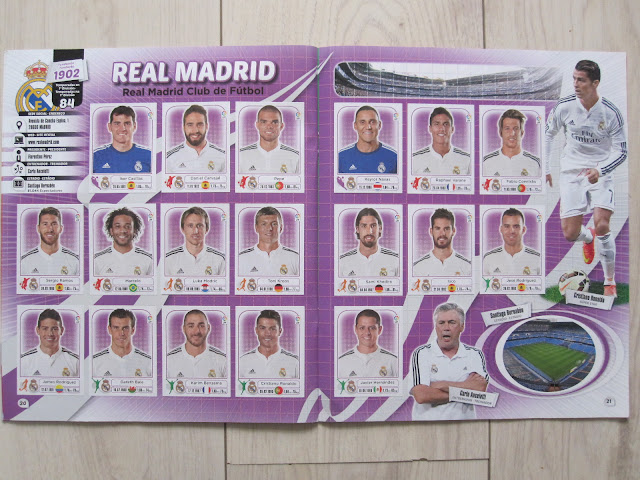 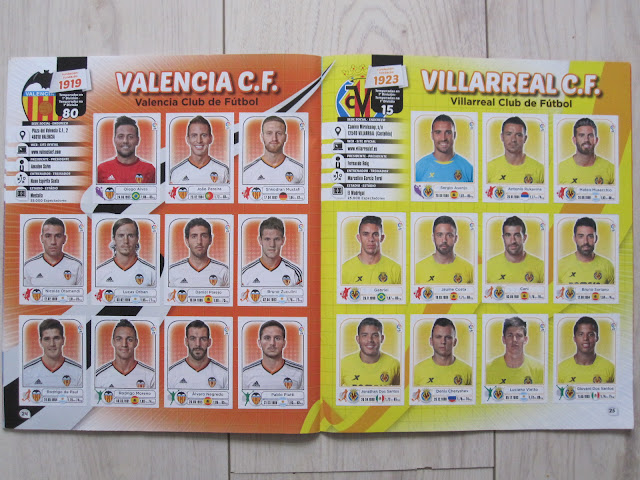 At the end of the album there is a special section with Liga stars in action. Here we find 45 stickers on five pages. All players in this section are from South America or Mexico as the album was released in these countries. Therefore we don't find Cristiano Ronaldo or Gareth Bale among the Liga Stars. 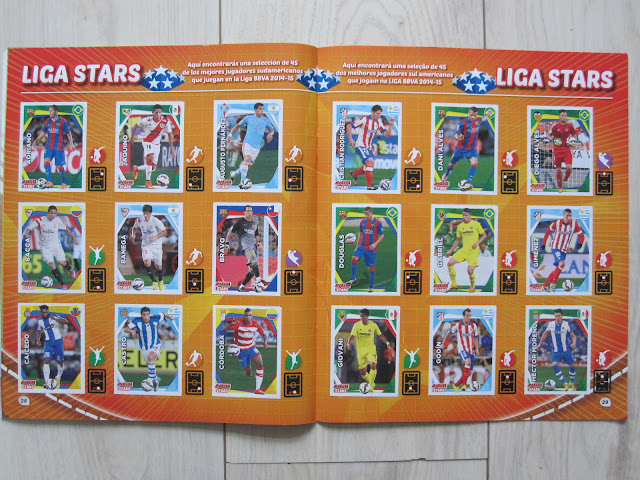 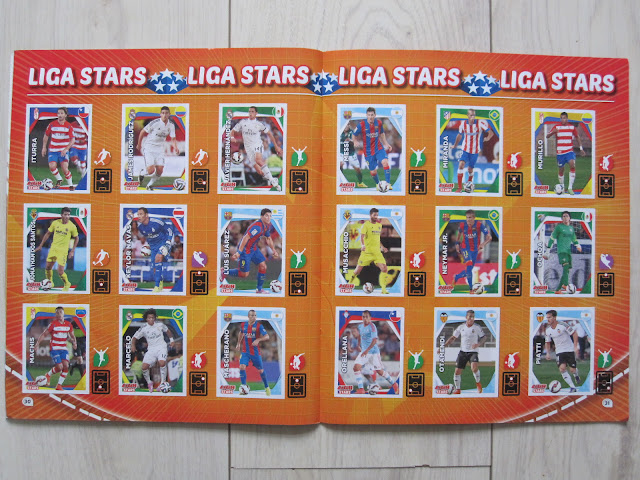 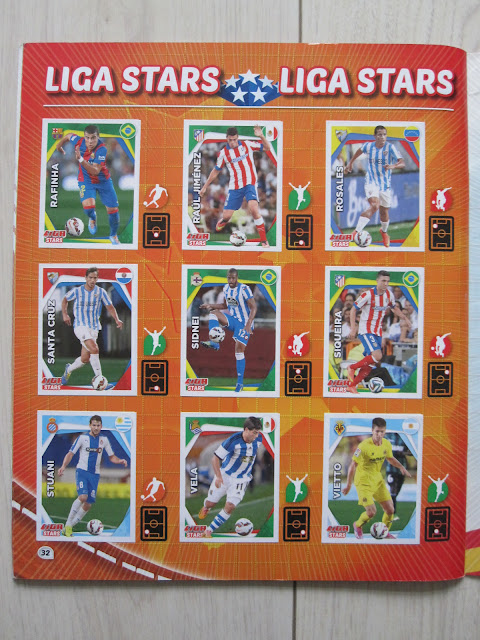 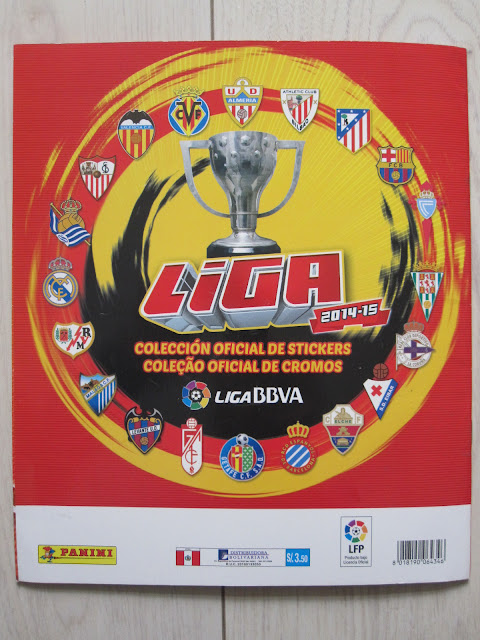 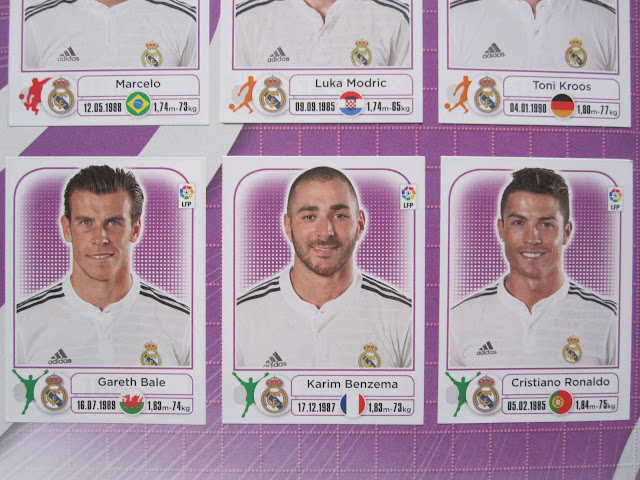 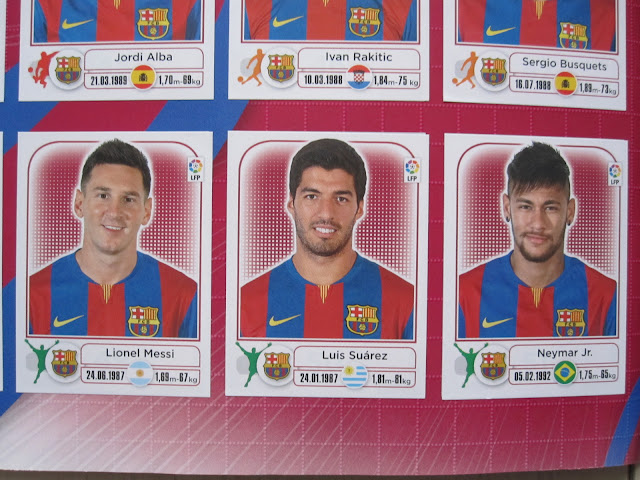 The action stickers of the Barcelona trio